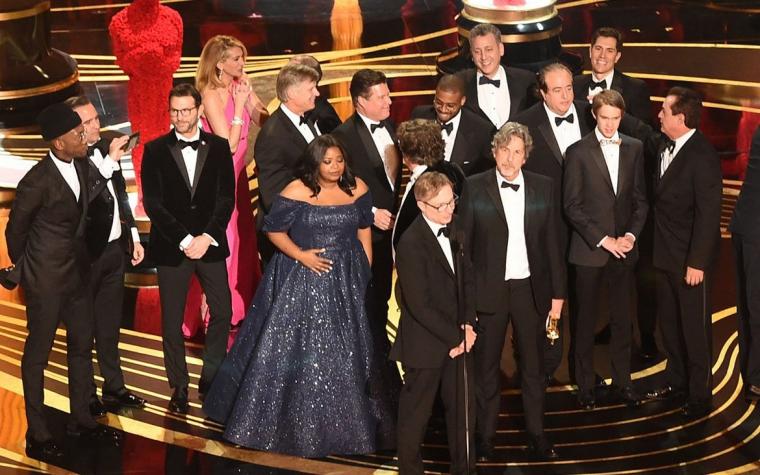 There's so much to talk about regarding last night's host-less Oscars ceremony – Green Book's Best Picture win! Spike's speech! Olivia freakin' Colman! – that I feel both silly and a little embarrassed to open with an admission: I didn't watch it.

So okay. In lieu of hosting any kind of viewing party this year (and good thing I didn't), I decided to instead (a) watch the telecast alone, in comfy clothes, while taking dutiful notes for this article, and (b) spend the commercial breaks getting caught up on a bunch of work-related e-mails. The second half of my plan was folly, really, as I'd forgotten that those commercial breaks are traditionally spent swapping texts with friends and family members about how well/poorly the show was going and how well/poorly/terribly I was doing in my predictions. But I was very much looking forward to my plan's first half, and dutifully turned on my TV set about 10 minutes before the broadcast was scheduled to begin.

Hmmm … the cable appears to be working, but for some reason, I'm not getting a TV signal. No ABC. No channels of any kind. That's weird. But all right. I'll watch via my computer on ABC.go.com, which is actually what I did last year, so no problem! The red-carpet festivities are wrapping up, the show is starting, Queen and Adam Lambert are launching into “We Will Rock You,” and … . Huh. Apparently that's all I get. ABC.go.com isn't live-streaming the show in my area. That's troubling.

Wait! ABC has a Facebook page, right? I know the Oscars aired there last year – let's check that out! Nope. No live Oscars there either … .

Adding Google searches on “How to live stream the Oscars,” visits to numerous other cable/streaming sites, and a lot of profanity-laden muttering, I'm now almost a half hour into the broadcast and haven't seen a minute of it. And while viewers everywhere are watching Regina King win Best Supporting Actress and Free Solo nab Documentary Feature and Melissa McCarthy and Brian Tyree Henry present in comically unfathomable outfits, I am instead enacting Elisabeth Kübler-Ross' five stages of grief: denial (“This isn't happening!), anger (“Stupid TV! Stupid ABC affiliates! Stupid me for not prepping!”), bargaining (“I could make a surprise visit to a friend's house! I can sign up for all of these streaming services and just cancel them three hours later!”), depression (“This is the first Oscars I'm missing since 1978 ...”), and, finally, acceptance. 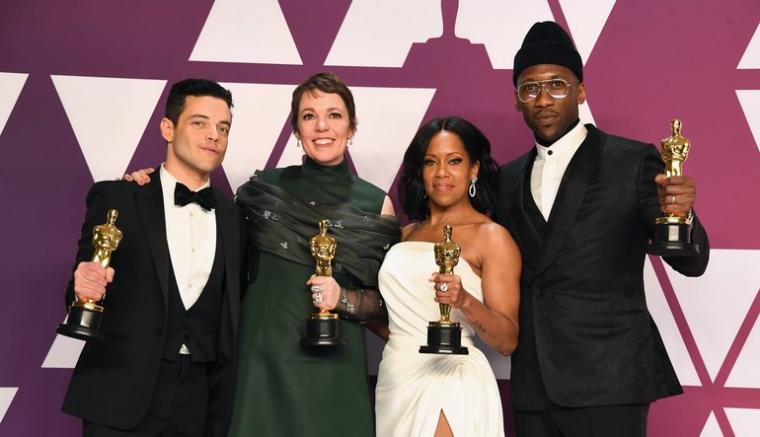 But you know what? Acceptance turned out to be a blast. I followed the show's progress through an online-conversation stream with smart and funny New York Times bloggers. I followed the Twitter feed of my favorite entertainment journalist Mark Harris, whom I was convinced might kill himself if Green Book won either Best Picture or Best Original Screenplay. (I checked in this morning. Mark's still with us.) I texted with loved ones throughout. I caught video footage of acceptance speeches as they were posted on YouTube. (God, I love Regina King.) And the three hours and 22 minutes of the ceremony positively flew by – as did the hour-plus I spent afterward continuing to get caught up on reactions and commentary and posted videos. The show is now viewable in its entirely on ABC's Web site, and I'll be checking that out the second I'm done typing. Yet I'm happy to say that missing my first live Oscars since I entered double digits proved not at all traumatizing … though if I hated Green Book the way some people do – cough cough Spike Lee! cough cough – it certainly might have been.

So: Green Book. Everyone knew it had a solid chance at the night's biggest prize even without Peter Farrelly receiving an accompanying Best Directing nomination, and it kind of felt like the writing was on the wall when the movie triumphed in Original Screenplay over three other Best Picture nominees and legendary scribe Paul Schrader. Mahershala Ali also received his wholly anticipated trophy last night, meaning Green Book won the same three awards – Picture, Screenplay, and Supporting Actor – that Moonlight did when Ali earned his first Oscar two years ago. But boy oh boy is that Best Picture win not likely to age well, especially since it seemed like a retrograde choice the moment the envelope was opened. (Much has been made about the film's obvious similarities to Driving Miss Daisy, and now it has one more.)

Last night, there was a lot of push against the Academy's longtime reputation as a stodgy-old-white-man behemoth: women won Oscars in eight of the technical and short-film categories; black artists won for the first time ever in Production Design and Costume Design; Mexico's Alfonso Cuarón, for Roma, won his second Directing Oscar and became the first Mexican to win for Cinematography (as well as the first director to nab that award for a movie he himself directed); two movies about black superheroes – Black Panther and Spider-Man: Into the Spider-Verse – won four Oscars between them. Yet in the end, the grand prize went to the likable, comfortable choice that echoed the likable, comfortable choice of 1989's Driving Miss Daisy … which, it can't go unmentioned, was the movie that won in the year of Spike Lee's Do the Right Thing. No wonder Spike stormed toward the exits.

But at least we got a long, long, long overdue competitive-Oscar win for the BlacKkKlansman creator in the Adapted Screenplay category, as well as a speech that was by turns poetic, baffling, meandering, moving, and exhilarating, climaxing with a command that, at the ballot box in 2020, we all do the right thing. (“You knew I had to get that in there!”) We got a deserved Visual Effects Oscar for First Man above a quartet of more blatantly effects-y pictures. We got an equally deserved Documentary Short Oscar for the wonderful Period. End of Sentence., much as we Quad Citians may have been rooting for Lifeboat, scored by St. Ambrose University professor William Campbell. We got Oscars, as producers of Spider-Verse, for Phil Lord and Christopher Miller, who were notoriously fired from Solo: A Star Wars Story ... a movie that lost the one Oscar it was nominated for. (Poetic justice!) I, meanwhile, made correct predictions in precisely two-thirds of the 24 categories … only a one-guess improvement over the last two years, though I was feeling mighty bullish at the halfway point when I was 11 for 12. (Going five for 12 in the show's second half was less thrilling.)

And regarding the telecast itself, of the segments I've thus far seen, there was the priceless trio of Tina Fey, Amy Poehler, and Maya Rudolph. (“We won't be doing awards during the commercials, but we will be presenting commercials during the awards.”) There was Keenan-Michael Key gently dropping from the ceiling á la Mary Poppins. There was Bradley Cooper and Lady Gaga and “Shallow.” (There will eventually be Mike re-watching that number dozens of times over.) And there was Olivia Colman – unexpectedly, miraculously – receiving the Best Actress statuette that most everyone presumed would go to Glenn Close, and absolutely killing the room with a tearful, hyperventilating speech that managed to be sincere, riotous, deferential toward seven-time loser Close (“You've been my idol for so long and this is not how I meant this to be …!”), and absolutely ebullient – one of the greatest Oscar speeches I've ever seen, and certainly the greatest of the night.

Maybe. Probably. Time to find out. 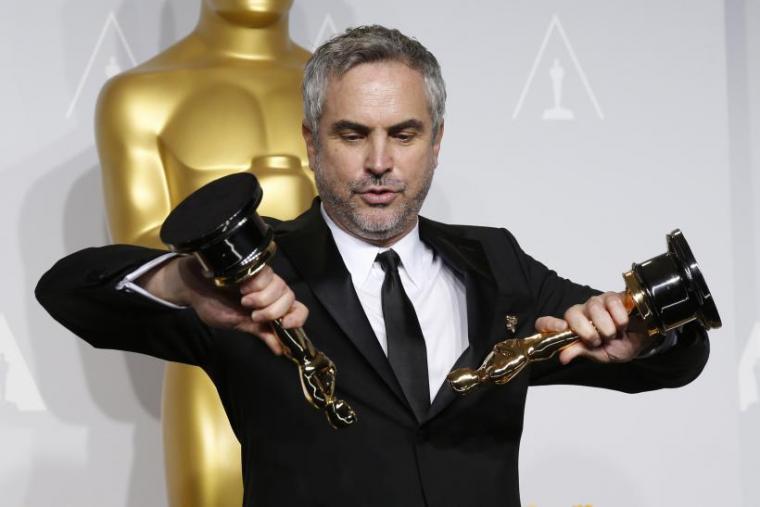