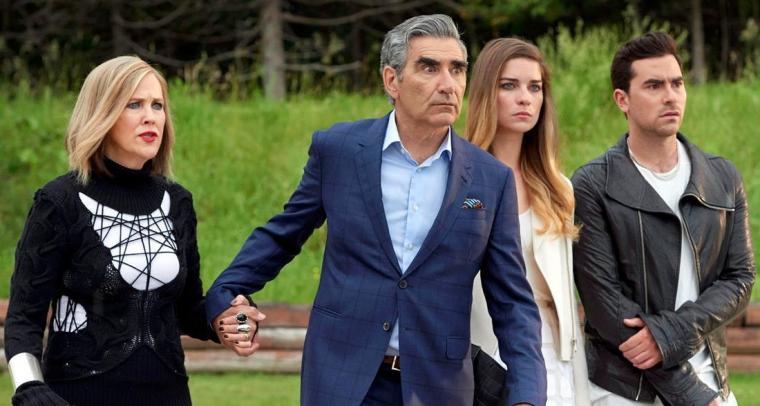 I should preface by saying that I'm terrible at predicting Emmy Award winners. Seriously: I'm terrible. I thought Twin Peaks would win for Outstanding Drama Series. That John Goodman and Steve Carell would win Comedy Actor for their respective roles on Roseanne and The Office. That Seinfeld's Jason Alexander and The West Wing's Martin Sheen and Parks & Recreation's (and Saturday Night Live's) Amy Poehler wouldn't go unrecognized before their tenures on those series ended. That … .

Hey, wait a sec … . Why didn't any of those predictions come to pass?

Because the Emmys are confounding, that's why. The voting bloc will bestow Comedy Actress to Veep's Julia Louis-Dreyfus six years in the row … and then not award her for the show's final season ...which she performed while recovering from breast cancer. That bloc will toss in a shocker such as Matthew Rhys' win for The Americans in its final season and then not similarly shock us with a win for co-star Keri Russell. It'll ignore buzzy options such as Glee and Girls and name Modern Family Outstanding Comedy Series for five consecutive years. (Eh … it deserved it for its first three.)

So please take my first-time public Emmy Award predictions with a healthy bucketful of salt, and please visit the fantastic Web site TheFilmExperience.net for details on which particular episodes were submitted for performers, directors, writers, and producers. They'll help you understand my predictions a little, but admittedly not much. This is new for me, and wouldn't have happened without a global pandemic. So... . Thank you, pandemic … ? I guess .. ?

The following are the 23 categories that will be covered when the 72nd Annual Primetime Emmy Awards are handed out – virtually, of course – starting at 7 p.m. CST on ABC affiliates (and elsewhere online) Sunday, September 20. Unless you want to lose a lot of money, please do not use these hunches for gambling purposes.

What We Do in the Shadows

Unless there's powerful sentiment for the final season of The Good Place (and despite the show's Emmy-less track record, there certainly should be), this is going to come down to Maisel versus Creek. The former, an Outstanding Comedy Series winner in 2018, likely has plenty of future opportunities to scoop up more of these things. This is the latter's last chance. And don't Schitt's Creek fans – and we are legion – all want to see Dan Levy break down in sobs at least one more time?

Ozark is a definite threat; The Crown could be a spoiler; Better Call Saul would be an awesome choice for those understandably pissed that series regulars Bob Odenkirk, Jonathan Banks, and Rhea Seehorn were excluded from the acting races. But it feels like the sprawling, fiendishly engrossing Succession has been wearing its “Best Thing on TV” tiara at least since it won the Golden Globe in January. Remember January? Ah, such a simpler time … . 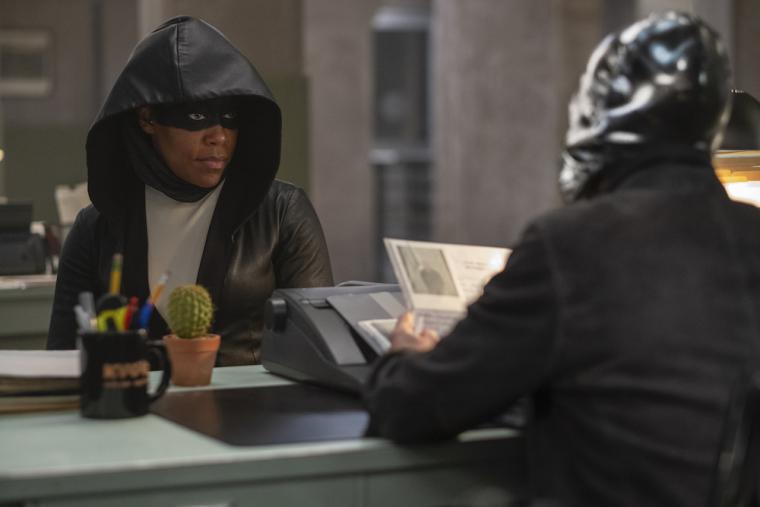 The Daily Show with Trevor Noah

The Late Show with Stephen Colbert

I'm presuming voters will be most impressed by whichever show they think handled the transition from studio-audience presentation to jokes in a quarantined void with the greatest aplomb. I didn't watch any of these series post-March because comic monologues delivered without audible crowd reactions depresses the hell out of me. So let's go with John Oliver, given that he's received this prize four years in a row, and the only thing the Emmys seem to love more than a winner is a five-time winner.

Another category I'm flying completely blind in. But this would be the third victory in a row for Drag Race, and RuPaul has won the reality-show-host Emmy every year over the past four. When in doubt regarding most series predictions, go with whatever nabbed the trophy the previous year. Heaven knows voters do.

Christina Applegate, Dead to Me

Linda Cardellini, Dead to Me

Schitt's Creek might not win Comedy Series, but this victory is totally happening, my bébés.

There are showier options: Youssef; Danson; Cheadle, still Emmy-less after 10 nominations. But even though, in Schitt's Creek, Levy is as restrained as O'Hara is flamboyant, let's get real: SCTV! Best in Show! “A Kiss at the End of the Rainbow”! How could voters not reward both halves of this legendary comedy duo? 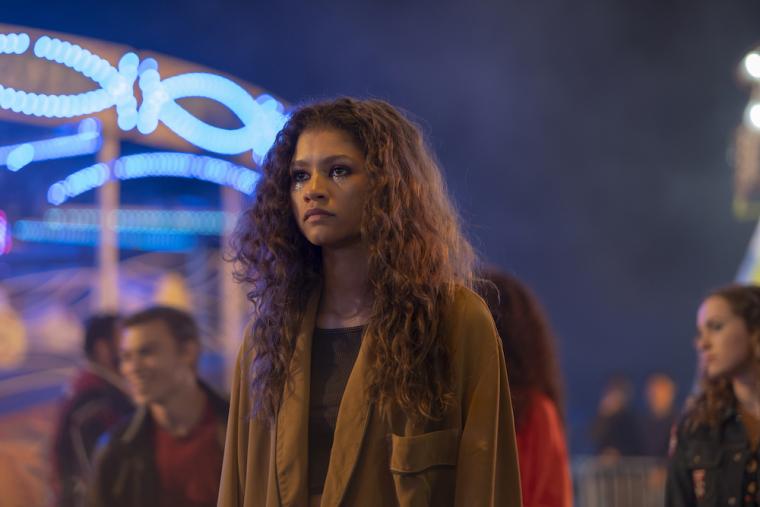 I can definitely picture Linney getting this. And Aniston. And Colman. So in this battle of middle-aged white ladies, is it too much to hope for a three-way vote split that will land 24-year-old Zendaya the award? (Answer: Probably. But Euphoria's star is phenomenal in this show, and particularly in her third-episode submission.)

Sterling K. Brown, This Is Us

Speaking of potential vote splitting, opportunities for which you'll be seeing a lot from now on, it's possible that Succession's options will cancel each other out, allowing the Emmy to go to returning champ Porter, Screen Actors Guild Award winner Bateman, or Carell, who, like Cheadle, is Emmy-free after 10 previous nods. And even among the Succession guys, the smart money is on Globe victor Cox. But this is me predicting TV awards. Smart's got nothing to do with it. Besides, why go smart when I can go Strong?

Octavia Spencer, Self Made: Inspired by the Life of Madam C.J. Walker

In any other year, Blanchett would take this in a walk. This, however, isn't any other year. This is a Watchemn year. And King, for thunderously deserved reason, will soon receive her fourth Emmy over six years.

Mark Ruffalo, I Know This Much Is True

Ruffalo plays twins, which is always guaranteed Emmy bait, and I actually know a few people who made it past one episode of what promised to be an unfailingly depressing limited series. But I'm not one of them. (Nor, apparently, are others, as this is I Know This Much Is True's only nomination.) And 24-year-old Mescal's 12-episode portrayal – hell, even his portrayal during the therapy session in episode 10 – constituted the finest acting I saw on TV all season. 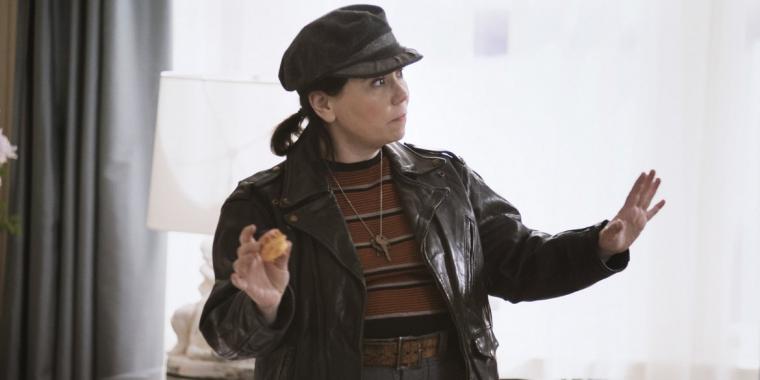 My heart belongs to Murphy. A win for Carden would help atone for her weird omission among last year's Supporting Actress lineup. Borstein, though, has won this prize twice in a row, and every year there's at least one Emmy category whose returning victor makes me mutter “Enough already.” I'm hoping, this year, that'll be restricted to John Oliver. I'm not feeling confident.

As with its Supporting Actress equivalent, there are a bunch of fun options here that would make for refreshing champs, especially considering Shalhoub won his fourth Emmy last September. But you know … . Enough already. It's a powerful force at the Emmys. (And voters have ample opportunity to reward presumed favorite Levy elsewhere.)

Wow. So many shows I eventually stopped watching! (Though more out of dwindling interest than lack of quality … and, to be fair, I still haven't started Killing Eve.) The only one I stuck with was Succession, but I think Snook's character will get meatier seasons down the line – whenever that may be. In the meantime, let's predict Princess Margaret. Bonham Carter doesn't get to give many televised acceptance speeches, yet whenever she does, she's a riot.

In the first three years of The West Wing landing nominations in this category, awards were given to Richard Schiff, Bradley Whitford, and John Spencer. If we're lucky enough to see Succession lasting at least four years, Emmys should go to Macfadyen, Culkin, and Braun, and in that order, Sorry, Nick: You can't make a Tomelette without breaking some Greggs. (For those who follow the show, I'm sorry for the lame reference. For those who don't follow the show, I'm just sorry, period.) 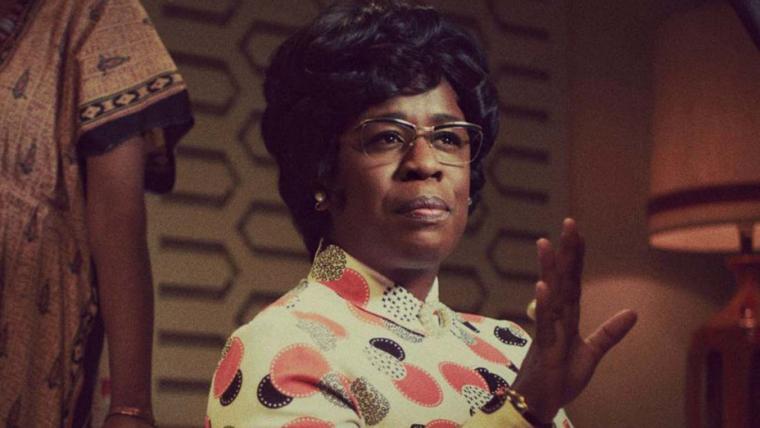 Six nominees; six previous Emmy winners. Who deserves another gold-plated tchotchke more? While I would love it if either Smart or Collette got this, and all of the Mrs. America actresses are deserving (including the not-nominated Rose Byrne, Sarah Paulson, and Ari Graynor), let's go with Aduba, whose showcase episode also got nominated for a writing Emmy. In another year, the breadth of the fabulous Mrs. America ensemble would be covered with Blanchett's win, but so far as other years go … you know … .

I would be nothing but happy if vote-splitting led to Burgess receiving his long-awaited, absolutely earned Emmy for the actor's four-seasons-and-a-movie role as shrieking diva Titus Andromedon. I just don't see it happening. Going with the notion that voters prefer Watchmen to Hollywood, then, I'm predicting star-in-the-making Abdul-Mateen over his equally deserving co-stars … and am afraid that Parsons might win the Emmy regardless. Why? It would be his fifth.

Matt Shakman, The Great, “The Great”

Amy Sherman-Palladino, The Marvelous Mrs. Maisel, “It's Comedy or Cabbage”

A consolation vote for his probable loss as a leading actor? Maybe. Worked for Jason Bateman last year.

Sam Johnson, Chris Marcil, What We Do in the Shadows, “Collaboration”

Tony McNamara, The Great, “The Great”

Stefani Robinson, What We Do in the Shadows, “On the Run”

Michael Schur, The Good Place, “Whenever You're Ready”

Paul Sims, What We Do in the Shadows, “Ghosts”

I kind of really really want this to go to one of the WWDitS scripts, as it's the only show whose entire goal is to get you laughing, and frequently, and it nearly always delivers. Series finales, though, traditionally do well in terms of winning Emmys for writing, and while my vote would go to the finale for The Good Place, I'm not a voting member of the television academy. Nor am I made of stone. Let's go with the happy sob-fest of Levy's Schitt's Creek closer. 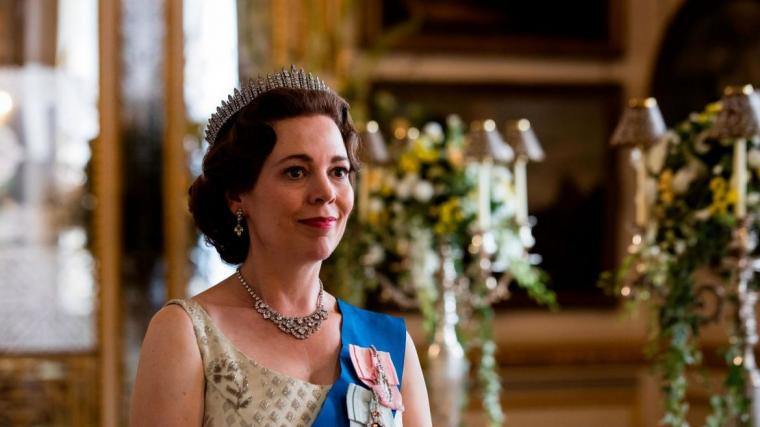 Mark Mylod, Succession, “This Is Not for Tears”

A prediction based entirely on (1) “Aberfan” also being nominated for writing; (2) a perceived paucity of support for the two titles not nominated for Drama Series; (3) all episodes of Succession (and I don't mean this insultingly) looking and sounding like they were directed by the pilot's Adam McKay; and (4) my complete indifference toward Ozark. Apologies. The logic behind this prediction is admittedly baffling.

Jesse Armstrong, Succession, “This Is Not for Tears”

Chris Mundy, Ozark, “All In”

How only one Succession script got cited here is beyond me. But if Armstrong was able to win this award last year when his show only got a measly five nominations, denying him when it gets 18 seems even too perverse for the notoriously perverse Emmys.

Nicole Kassell, Watchmen, “It's Summer and We're Running Out of Ice”

Stephen Williams, Watchmen, “This Extraordinary Being”

If a Watchmen inclusion doesn't get this, the award will go to Unorthodox, whose presence in the lineup has the major benefit of not confusing voters. (“Honey?! What was the name of that Watchmen episode I really liked?!”) But Williams' entry has the benefit of also being the only Watchmen episode nominated for writing, suggesting it's the strongest option of the bunch. Even if I did like “Little Bit of Lightning” more.