The Show Will Go On … "Nomad"-er What: Predicting the 2021 Academy Award Winners 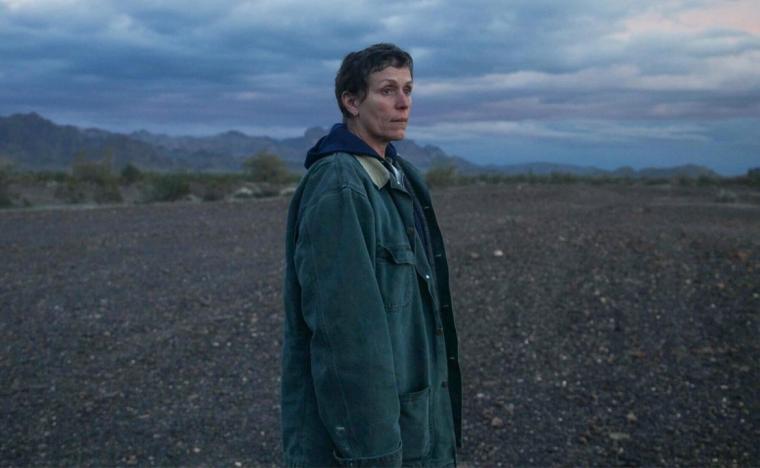 As last year's Oscars telecast got underway, the acting categories were all sewn up from the start, and Best Picture and Directing – both of which went to Bong Joon Ho's Parasite – were nail-biters until the very end. This year, the winners for Picture and Directing seem inevitable, and at least two, if not three, acting races seem completely up for grabs. So much for consistency.

But what better way to conclude one of the strangest movie seasons in history – hell, one of the strangest years in history – than with a free-for-all ceremony that will, I venture, see 18 different movies awarded over 23 categories, and the night's only mortal lock a female Chinese-American director winning a category that men, most of them white men, have won 90 times out of 91?

The 93rd Annual Academy Awards are scheduled to air at 7 p.m. CST on Sunday, April 25, and with the only precursors left – the Directors Guild of America prize and the recipients of British Academy of Film & Television Arts (BAFTA) Awards – being announced on April 10, the boldface mentions below are my official predictions. As of this writing, the ceremony is set to take place with nominees and eventual winners actually in attendance at Hollywood's Dolby Theatre and Los Angeles' Union Station. But after the 14 months we've just enured, let's believe that when we actually see it.

For the record, I've incorrectly predicted this category five years in a row. And that embarrassing hot streak ends on April 25, dammit!

Thomas Vinterberg, Another Round

Zhao is the absolute surest of sure things even if my streak continues and Nomadland somehow isn't named Best Picture. I'd suggest betting your life savings on her, but no matter what that figure might be, the payoff would be, like, a nickel. So it's hardly worth it.

Vanessa Kirby, Pieces of a Woman

Day won the Golden Globe. Mulligan won the Critics Choice Award. Davis won the Screen Actors Guild (SAG) Award. And Kirby and McDormand are the only nominees also competing for BAFTA Awards. When was the last time this was the Oscars' hardest category to predict? Going out on a shaky limb – and Best Actress this year is a tree with five shaky limbs – I'm currently thinking McDormand will score not just for her inarguable excellence and Nomadland's frontrunner status, but because the movie is simply unimaginable with another performer in her role. This would be McDormand's third Best Actress victory, by the way, her second in four years, and, presuming Best Picture goes the way most everyone thinks it will, the first of her two wins of the night, as she's also one of Nomadland's producers. That would make McDormand tied, overall, with four-time Oscar recipient Joel Coen … who happens to be her husband! Ain't marital equity grand?! 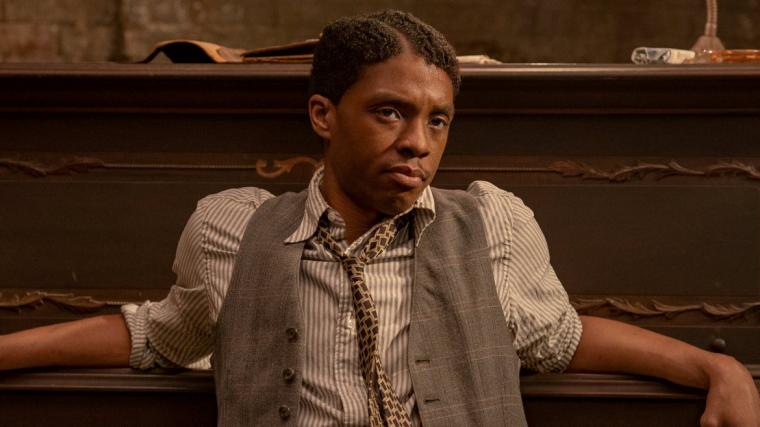 After seeing Ma Rainey's in December, I was 100-percent confident Boseman would get this. Then, in March, I saw The Father. Because the late, great star has steamrolled his way through the precursors, I'm sticking with Boseman. But the shock of a Hopkins victory actually wouldn't shock me at all.

In yet another acting category with five completely plausible outcomes, I still think Bakalova has an outstanding shot at pulling off a win, and I'll cheer if she does. Youn's recent victory at the SAG Awards, however, combined with overall affection for Minari, now have me thinking the acting races' first Korean nominee will become the acting races' first Korean winner. Look on the bright side, Glenn: This might wind up your eighth thwarted attempt at an Oscar, but at least you (probably) won't lose to Olivia Colman again!

Sacha Baron Cohen, The Trial of the Chicago 7

A world in which Kaluuya is the closest thing to a lock in the performance categories is a world I'm happy to live in.

One Night in Miami …, Kemp Powers

Much as I'd love to see nine Borat screenwriters attempt their thank-yous in 45 collective seconds, this feels like Zhao's to lose. Unlike with Best Directing, however, I would not advise betting your life savings on her here. Maybe just half of it. 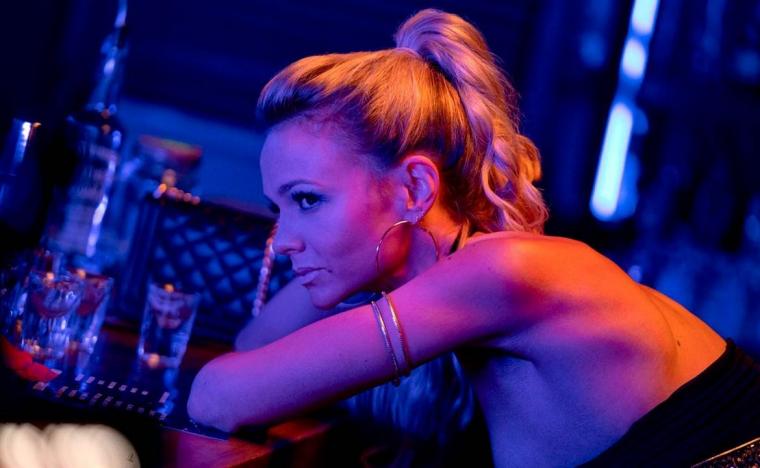 The Trial of the Chicago 7, Aaron Sorkin

All the Original Screenplay contenders are Best Picture nominees, which has never happened before. All of them are either written or co-written by their directors. And for the life of me, I can't decide whether to go with Chung or Fennell – which means it'll probably be Sorkin. Presuming voters are in a spread-the-wealth mood this year, and with Minari and Chicago 7 stronger possibilities elsewhere, let's tentatively go with Fennell, which would make this the first time that both screenplay Oscars were awarded to women. Then again, if it's Chung, this would be the first time both statuettes went to Asian Americans. Aarrrgghh! Too many historic options to choose from!

Judas & the Black Messiah, “Fight for You”

The Trial of the Chicago 7, “Hear My Voice”

Composer Diane Warren received her first citation in this category in 1988 for the Mannequin tune “Nothing's Gonna Stop Us Now.” (Aw-w-w-w … remember Starship?) Thirty-three years and a dozen nominations later, Warren is still Oscar-less. But I think that'll change when, with no obvious frontrunner to speak of and my beloved “Husavik” a decided long shot, the award goes to “Io Si (Seen).” Take heart, Glenn Close! It ain't over 'til it's over!

In truth, its filmmakers deserve an Oscar just for the miracle of making a real-life octopus adorable. 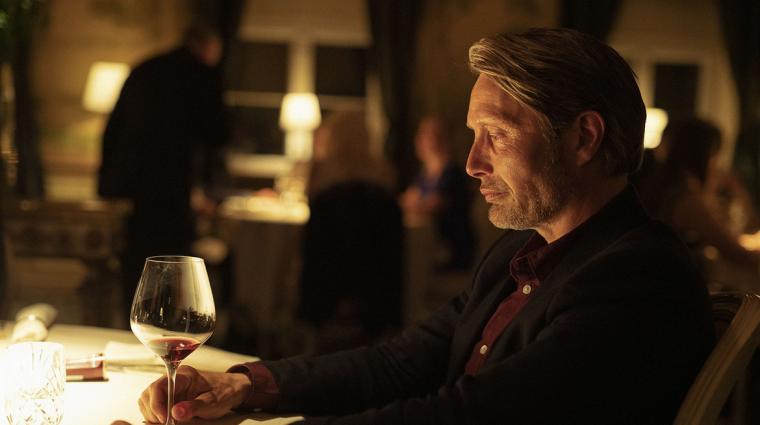 The Man Who Sold His Skin, Tunisia

This would be a tougher one to predict if Another Round's Thomas Vinterberg weren't nominated for Best Directing. And if the film didn't find Mads Mikkelsen absolutely nailing his dance solo.

Yet another Nomadland prediction you can safely take to the bank. And if you're wondering whether the movie will go six-for-six (and Chloé Zhao four-for-four) on Oscar night, my hunch is …

… probably not, mostly because Academy voters, en masse, generally confuse Best Film Editing with Most Film Editing. That tendency gives Chicago 7 the distinct advantage here, though you won't hear me complain if the award instead goes to Nomadland. Or The Father. Or Promising Young Woman. Or Sound of Metal. I'm not picky.

Mank feels like a long shot in most of the categories it's nominated in, but this one seems like a done deal. Besides, David Fincher's Hollywood saga – the only movie this year to receive more than six nominations – can't possibly go zero-for-10 on Oscar night. Ummm … right? 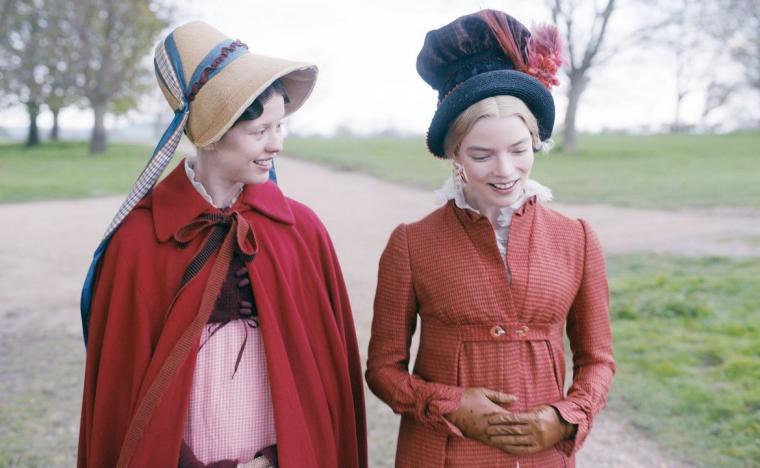 Amazingly, a Jane Austen adaptation has never before triumphed here. But Alexandra Byrne's colorful wardrobe confections for Anya Taylor-Joy and company feel too yummy to pass up. If you can't eat 'em, award 'em.

With the traditionally separate categories of Best Sound Editing and Best Sound Mixing merging for the first time in 40 years, this might've been a closer race had Dune and West Side Story been released last year as originally planned. They weren't, of course, and consequently, the phenomenally worthy Sound of Metal has at least one Oscar in the bag. So … thank you, pandemic! I mean, thank you-ish.

Trent Reznor and Atticus Ross are nominated for both Mank and Soul, so unless their films wind up canceling each other out, let's predict the one they composed alongside Jon Batiste. Plus, Soul is all about a jazz musician – not giving it Original Score score would be like not giving Sound of Metal Best Sound! Or not giving screenwriter bio-pic Mank Best Screenplay! Oh wait … .

The One & Only Ivan 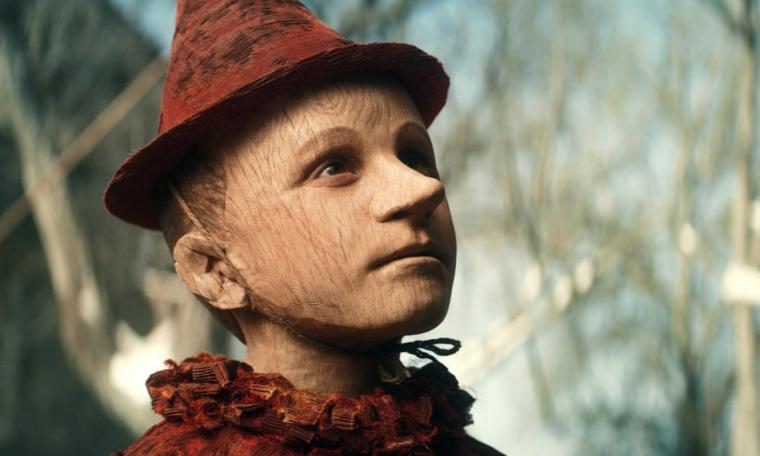 The most deserving option will win this one. Knock wood.

An African-American cartoonist spends the night with his new girlfriend, is shot and killed by a white cop on his way home, and wakes up back in his girlfriend's bed, forced to relive the same fateful day, albeit in different ways, over and over again. So it's Palm Springs by way of Black Lives Matter. Hard to fight that combo.

A Concerto Is a Conversation

A Love Song for Latasha

That boldface title is a stylistically adventurous eulogy for 15-year-old Latasha Harlins, whose 1991 killing by an L.A. grocery clerk was an impetus for the riots following the Rodney King verdict. I'm not sure voters this year will go for two short films about murdered Black youths. But given this one's unexpected, rewarding dive into surrealist animation, they certainly should.

If Anything Happens I Love You

In a light year for lighthearted fare, let's go with one of the saddest films among all the nominees – a hand-drawn, largely black-and-white, completely wordless evocation of parental grief after a tragic school shooting. Like my other predicted shorts, this one is streaming on Netflix, and even at only 12 minutes, it's one to watch with tissues. Lots and lots of tissues.