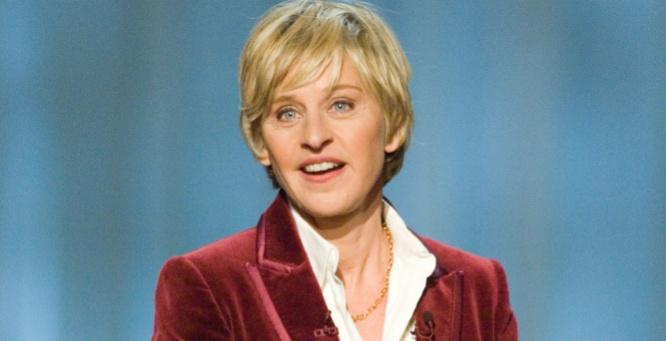 So what the hell happened in the middle?

Don't get me wrong - the nearly four-hour ceremony wasn't without highlights. That Morris film - with its flashes of, and sound bites from, more than a hundred nominees - was both touching and wonderfully irreverent (composer Thomas Newman's humorous acknowledgment of his slim chances at winning was great), and the musical parody that found Will Ferrell, Jack Black, and John C. Reilly poking fun at the Academy's bias against comedies was utterly delightful; their jovial performance of "A Comedian at the Oscars," which found Reilly (who reminded us that he starred "in both Boogie and Talladega Nights") promoting a balance between serious and lighthearted fare, deservedly brought the house down. Jerry Seinfeld, whose one cinematic credit (outside of playing himself in the documentary Comedian) has been "Prison Man #2" in 1999's Pros & Cons, made a hilarious argument for not throwing away your trash at the cineplex, and proved his snidely observational skills are still intact when introducing the Feature Documentaries - "and the incredibly depressing nominees are... ."

And while the ostensible theme of the evening - which can essentially be boiled down to "it's a thrill just to be nominated" - was vague, it did lead to some good things. The introductions to the screenplay awards gave viewers insight into how much of a script isn't dependent on dialogue, and the decision to have the nominees stand and be recognized at the evening's start was a shrewd deflation of tension; for a brief time, with the cited congratulating one another and basking in their moment of glory, the Oscars did indeed seem like a big, genial party that everyone - the viewers included - would have a sensational time at.

That feeling did not last.

To be fair, though, host Ellen DeGeneres did deliver a few enjoyable - if toothless - wisecracks early on. ("A lot of British nominees. A lot. Would I say too many? Not here. At home, in my pajamas, with half a box of Chardonnay in me, who knows what I'd say?) But it quickly became clear that she was simply too lightweight for the room - her opening monologue was accompanied by purposeless pacing, in the manner of a fledgling stand-up - and DeGeneres' attempts to make the show feel chummy (bantering among the legends in the audience, vacuuming the front row as we entered the fourth hour) fell flat; after a while, it was easy to forget that she was even around.

If only the rest of the show proved as unmemorable! But the things that were bad about the show were almost stunningly bad, and they seemed to come one right after another. The embarrassment commenced at the tail end of DeGeneres' monologue, when a gospel choir paraded through the house with meaningless enthusiasm, and rarely abated. James Taylor, who found his microphone functioning erratically, performed a deeply creepy interpretation of Cars' nominated song - Taylor popped and darted his eyes as if auditioning for a Reefer Madness remake - and Melissa Etheridge's fine (eventually Oscar-winning) number from An Inconvenient Truth was accompanied by rear projections explaining how we, at home, could help curtail global warming... which the camera seemed blithely unaware of. (The effect was like watching a sub-titled movie that gave you all of two seconds to read twenty words.)

The presentation of Best Costume Design, which can often be counted on for unintentional laughs, didn't let us down this year, with models displaying the nominated works and doing their best to "act" like Helen Mirren, Meryl Streep, and the cast of Dreamgirls - I wanted to hide my face. (The presentation was only saved by an exquisite, hysterical deadpan by the actual Streep, who, from the audience, took a moment to stare at presenters Anne Hathaway and Emily Blount with withering, Miranda Priestley-esque contempt.) Ennio Morricone's honorary Oscar was recognition long overdue, but not only was its presentation made humiliating by Clint Eastwood acting (well, trying to act) as translator to the Italian composer, but when Celine Dion came out and sang a "world premiere" composition by Morricone, I'm guessing that more than a few viewers wished the Academy would take the Oscar back; the number was god-awful. (The friend I watched the Oscars with was dreading the inevitable, glass-shattering Celine money note - by the time the unbearably dreary song ended, we were both actually wishing there had been a glass-shattering Celine money note.)

And then there were the film clips. Oh God, were there film clips. I enjoy movie montages as much as the next guy (probably more), but the past few Oscar telecasts have been so lousy with them - and so lousy period - that I may have officially reached my breaking point. Nancy Myers' salute to the art of screenwriting somehow proved more boring than the act of watching someone write actually is, and it came off as self-serving besides - the pastiche seemed to shout, "Look at all this tireless hard work we do for you people!" The clips from previous Best Foreign-Language Film winners were oddly patched together by director Giuseppe Tornatore - though they were far less painful to watch than Catherine Deneuve's and Ken Watanabe's introduction of them - and Michael Mann's offering, "America Through its Movies," was one of the most astonishingly incoherent assemblages I've ever seen. Will Smith, who introduced the piece, did his best to suggest import by saying that these films "tell the world who we are as a people," so no wonder they hate us - Mann's arrangement of the selected snippets was downright nuts. (The Godfather next to O Brother, Where Art Thou? next to Superman Returns next to Magnolia next to American Dreamz... .)

But beyond the clips and the presenters' continually clunky banter and the kinda-neat-but-senseless formations by the Pilobolus Dance Theatre and the beyond-annoying interruptions by Oscar.com's Chris Connelly and the reminder that Al Gore may be a national treasure but Jesus he's boring, the true killer of the evening wasn't the production itself - it was the winners.

Early in the broadcast, DeGeneres got out a good line by saying, "Let's be honest, it's not that we don't have time for long speeches, it's that we don't have time for boring speeches." But it turns out they did, indeed, have time; one after another, this year's humorless, perfunctory thank-yous sucked all the vigor from the room. (God, we could have used a Three 6 Mafia victory this year.) Even the speeches we were right to be excited about - Alan Arkin's, Little Miss Sunshine's screenwriter Michael Arndt's (the man did, after all, get fired from the Sunshine production at one point) - were hopelessly dull, and in categories with numerous winners, the orchestra, smartly, started playing before everyone had the chance to speak. Things got so bad that telecast director Louis J. Horvitz was obviously anticipating dullness, and ordered the orchestra to begin playing even during one of the night's few legitimately emotional moments - Jennifer Hudson couldn't have looked more annoyed at being cut-off mid-thought.

Yet as with any Hollywood production, this year's telecast proved that if you give audiences enough really good moments at the start and the finish, they'll forgive a lot of clunkiness in the middle. The night's best speech came in the telecast's opening half-hour, when Live Action Short winner Ari Sandel gave a beautiful, concise acknowledgment of the genre's financial limitations, and near the broadcast's climax, Best Actor Forest Whitaker - who mumbled his way through several other televised wins this season - was wonderfully touching and even inspiring; it turns out he just needed to write his thoughts down.

Plus, of course, there was Scorsese. My heart stopped when Francis Ford Coppola, George Lucas, and Steven Spielberg first appeared to deliver the award - I thought, if Marty doesn't win, this is going to be really embarrassing - but the explosion of joy upon the announcement of Scorsese's name was the night's most thrilling moment, and he accepted the honor with expected (speedy) grace and humility.

And the Best Picture win for The Departed - I guessed wrong! Hooray!!! - finally brought to an end the head-scratching unpredictability of last year's Oscar race, which came to a satisfying, even comforting resolution. As is customary, the Best Picture winner won more Academy Awards - four - than any other film. All of the year's Best Picture nominees went home with at least one Oscar apiece. And after decades of Oscar pundits asking, "Will this be his year?", America's most unjustly-neglected director finally has his Academy Award.

What are we all gonna talk about now?