I Was Building a House: Five Standouts from the Summer Before I Became a Quad Citizen 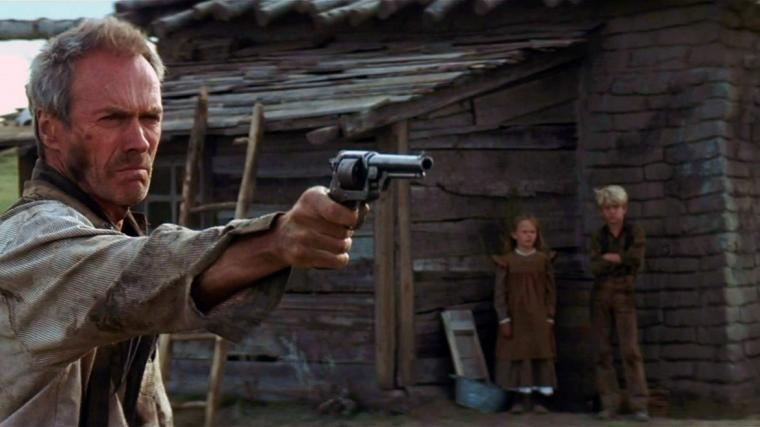 In the summer of 1992, while living and working in my hometown of Crystal Lake, Illinois, two years after graduating from Augustana College, I made the decision to officially become a Quad-Cities resident. My reasons were simple, as I needed to move out of my parents' house, I was spending most of my free weekends with Augie-student friends anyway, and the money I'd save on gas during the nearly-six-hour commute would likely offset my loss of income from, ya know, moving here without a job.

My first month of unemployment eventually proved me wrong. But it was still awesome to spend one last summer in my assistant-manager/usher position at Crystal Lake's Showplace Theater, and I might've departed for the QCs earlier that summer had I (a) been less ambivalent about leaving family and very dear friends; (b) found a roommate sooner than I did; and (c) not wanted to take last one last advantage of seeing movies for free.

There were loads of huge hits in the summer of '92: Batman Returns and Lethal Weapon 3 and Sister Act and A League of Their Own … . But as usual, the releases that affected me most and lingered most were the ones that went dark, even for comedies – works that continue to resonate more than a quarter-century after my initial viewings. Here are my five favorites – all but one seen gratis, and all of them enjoyed before I had to start paying for movies all the time like some kind of chump … . 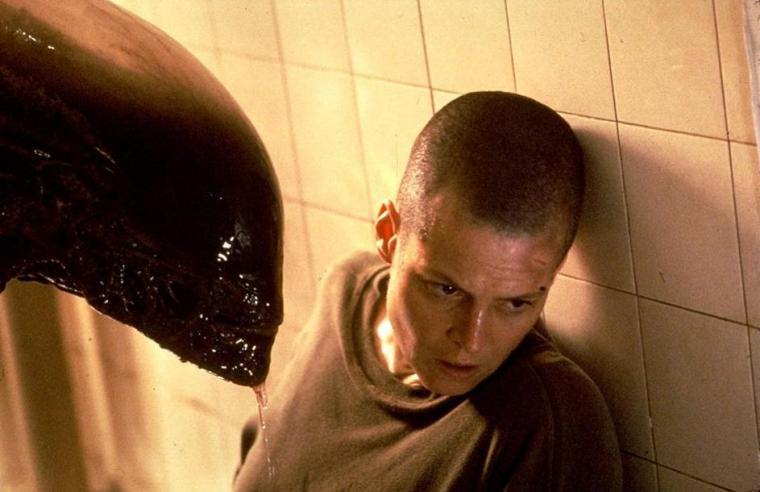 Alien3: We last saw Sigourney Weaver's Ellen Ripley, at the end of James Cameron's Aliens, with the iconic sci-fi heroine in a deserved state of hypersleep, safely heading back to Earth alongside her flirtatious friend Hicks, the loyal android Bishop, and the young orphan Newt, who had become Ripley's surrogate daughter. Happy endings for all! Or so we thought. Because not three minutes into Alien's second sequel and David Fincher's directorial debut, there's a fire, a crash landing, and intimations of yet another face-hugger attack – and all bets are off. Newt is dead. Hicks is dead. Bishop is damaged beyond repair. And Ripley? Well, I really shouldn't say anything … so instead I'll sing-song it: “So-o-ome-body's pre-e-eg-nant!” As mad fans of 1986's Aliens, my Showplace cohorts and I were über-psyched for another go-'round with Ripley and her screeching, acid-bleeding antagonists. Fincher and the Alien3 screenwriters, though, effectively quashed our anticipated fun in less time than it takes to smoke a cigarette, and this penal-colony thriller might still stand as the most depressing franchise follow-up in movie history: impressively relentless and a significant calling card for its director, yet nihilistic to the point of despair – which is precisely what my gang felt as we trudged out of the theater muttering “What the f---?!” For heaven's sake, we didn't even get the pleasure of a Sigourney Weaver with hair! What kind of perverse, clearly talented sicko was this Fincher guy?! Memorable moments: the requisite chest-burster sequence, with this victim a creature with four legs instead of two; an alien cornering Ripley in the infirmary and instinctively sensing that it might not be prudent to kill her; and Ripley, at the finale, choosing a selfless back dive over surgery, making us love the woman even more than we hated David Fincher. 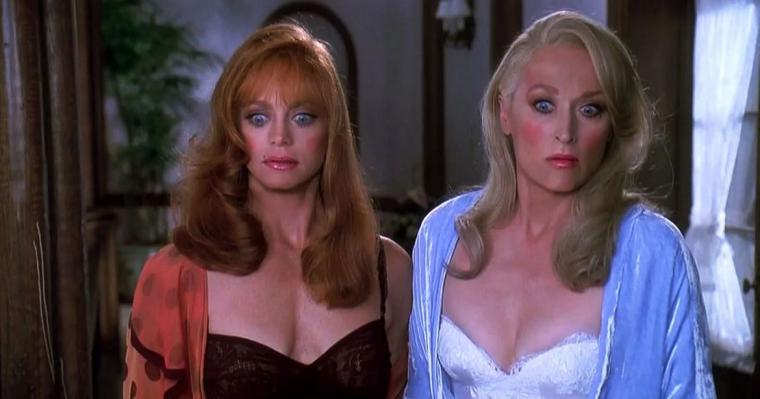 Death Becomes Her: When this bitchy, visually arresting Robert Zemeckis comedy was first released, it played at Showplace's downtown sister venue where one of my best friends was working, and during its week-long engagement, this was my routine: I'd occasionally stop by to see if my buddy wanted to hang out. He'd say yes, but first had to finish his shift. I'd say, “Oh, okay ... I guess I'll just wait.” And then, pretending to be disappointed by the delay, I'd plop my ass into a seat and marvel as Meryl Streep and Goldie Hawn treated each other's eternally young bodies the way an untrained puppy treats a chew toy. I really was there to see my pal. But it didn't hurt that his theater was housing Zemeckis' intermittently hilarious, definitely nasty tale of bitter rivals whose physiques, through supernatural forces (and Oscar-winning CGI), were routinely bruised and broken and stretched all out of proportion – effects nearly as jaw-dropping as Isabella Rossellini's outfits that covered about as much flesh as a length of dental floss. The action becomes pretty labored in the film's final third, and Bruce Willis doesn't reach the heights of sardonic glee hit by Streep and Hawn. Yet Death Becomes Her remains re-watchable and, these days, even subversive, and opens brilliantly with Meryl's Broadway diva starring in an excruciating-looking musical version of Tennessee Williams' Sweet Bird of Youth inevitably titled Songbird! (With the exclamation point.) It still looks more entertaining than the Cats movie. Memorable moments: Rossellini waiting until Streep guzzles her eternal-youth potion before issuing a warning (“Now a warning?!”); Sydney Pollack's subdued nervous breakdown as his ER doc can't locate a patient's heartbeat or pulse; and the climactic punchline – “Do you remember where you parked the car?” – made more riotous for being delivered upside-down. 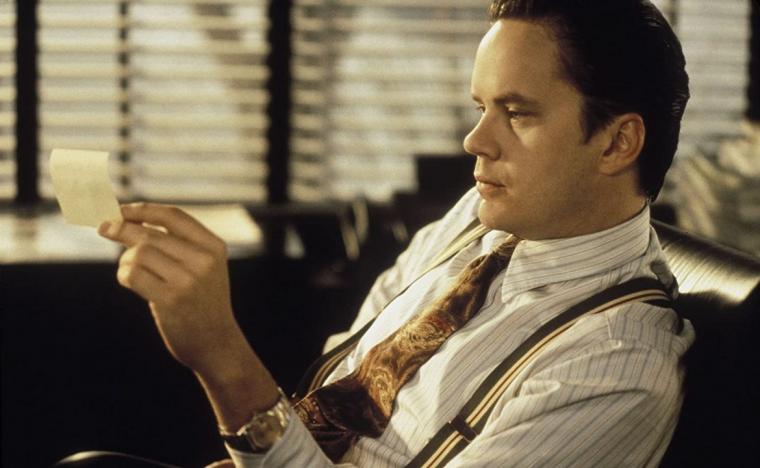 The Player: Specialty films oftentimes get slow roll-outs as they expand from major markets to the suburbs. In the case of Robert Altman's dazzling Hollywood satire, the roll-out where I was living was slo-o-o-o-ow, with a good six weeks passing before the mid-April release came anywhere near Crystal Lake. Even then, the movie was too niche to land a Showplace booking, so some co-worker friends and I trekked to another cineplex a half-hour away in order to finally see it. We wound up having so much fun, and were so eager to view it again, that I, for one, strongly considered asking for a job application. A wickedly intelligent farce about a studio executive who becomes a murderer, Altman's unofficial comeback was an exceptionally clever and mean-spirited comic thriller boasting a fantastic leading portrayal by Tim Robbins. (It won Golden Globes for Actor and Picture.) Yet what astounded in 1992, and still does today, was the mind-boggling cast Altman recruited for minor roles, one-line cameos, and even voiceless background appearances. Look! John Cusack and Anjelica Huston having lunch! Jeff Goldblum and Marlee Martlin at a party! Peter Falk and Susan Sarandon just standing there! By the time Julia Roberts and Bruce Willis popped up, parodying their early-'90s status as perhaps the two biggest film stars on the planet, my pals and I were practically dumbstruck with film-fan overload. The Player is like the cinematic equivalent of a “Where's Waldo?” panel, but with Waldo as the least-famous person around. Memorable moments: the opening seven-minute-and-47-second tracking shot in which we're introduced to the back-lot setting and the hopeful screenwriters' increasingly desperate pitches (“It's Out of Africa meets Pretty Woman”); Whoopi Goldberg's and Lyle Lovett's detectives interrogating Robbins' exec and laughing hysterically at the man's entitled posturing; and “Traffic was a bitch.” Both times. 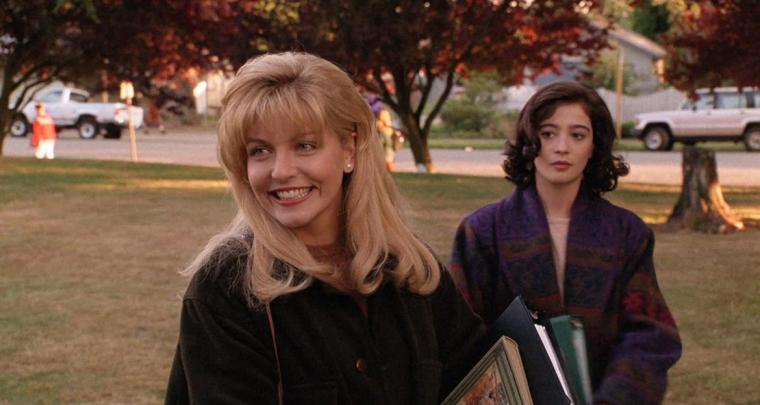 Twin Peaks: Fire Walk with Me: When it aired in 1991, the final episode of David Lynch's surreal soap opera netted more than 10 million viewers. So when the show's prequel arrived in theaters the following summer, I presumed it would be a smash, thinking that if even half those people caught the film at five bucks per ticket (!), that meant an opening weekend of at least $25 million. That estimate proved a bit off, though, as Fire Walk with Me only netted a domestic gross of $4.2 million … during its entire run. It was almost as if audiences didn't want a 130-minute psychological drama about incest and drug addiction and a teenage girl who gets brutally murdered! Honestly, I didn't want that, either. But as the Stones reminded us, we sometimes get what we need when we can't get what we want. And I frequently need to see this wrenching, harrowing account of Laura Palmer's final days, with Palmer portrayer Sheryl Lee giving the decade's most criminally unsung great performance and Lynch masterfully bridging the divides between horror, hilarity, gut-churning tragedy, and debilitating weirdness. While it's among the filmmaker's most divisive masterpieces, it's still a masterpiece, and I thank my supportive Showplace friends who agreed, at my urging, to sit through it during a late-night preview screening the weekend before I moved to Rock Island. I'm hoping some of them have forgiven me. Memorable moments: Kiefer Sutherland, as close as he'll ever get to being endearing on-screen, falling for the old “What time is it?” trick and spilling coffee on his lap; the secret meeting attended by Killer Bob, the dwarf, a huntsman, David Bowie, Mrs. Chalfont, her grandson, and … a monkey …?; and Laura, at the finale, receiving a heavenly benediction and sobbing with happiness. I sobbed the entire drive home. Damn that Lynch. 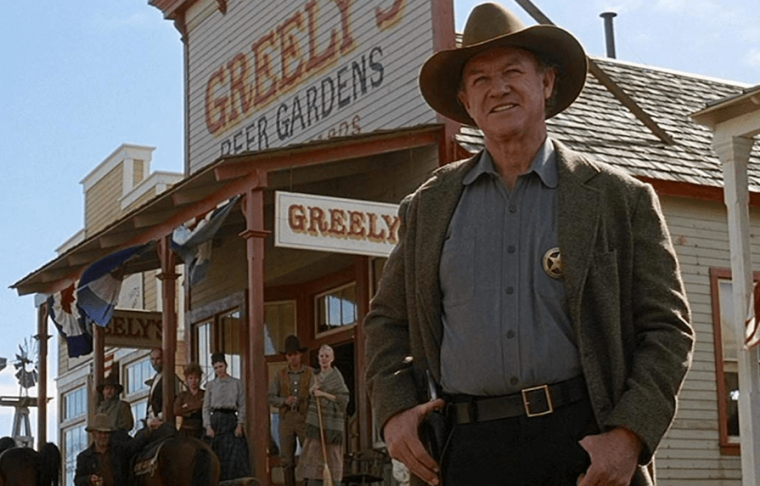 Unforgiven: As he's accompanied me to my first screenings of adored films ranging from A Christmas Story to Being John Malkovich to Bad Santa to Whiplash, my brother has often been a good-luck charm when it comes to movies with little in the way of advertizing buzz. But I don't know if his powers of positivity ever served me better than when he joined me for Clint Eastwood's somber Western – a release, truth be told, that I was not looking forward to. Did the world really need yet another Eastwood meditation on violence in an old-timey setting when Clint's days of relevance appeared to be seriously waning, if not altogether gone? After four Oscar wins, including citations for Best Picture and Director, the joke was clearly on me. Yet it was also on me at that afternoon screening, because this thing was utterly sensational – far more emotionally complex and enjoyable than its “one last ride” narrative implied, melancholic without feeling funereal, and the first indication that Clint could be not only a superlative director of actors, but ensemble actors. With 28 years having passed since this tense, taut vengeance drama's debut, Unforgiven might stand as the best Best Picture recipient of the 1990s – crazy-high praise considering the options of Silence of the Lambs and Schindler's List. Most of that credit goes to Clint. But I'm gonna give my bro some credit, too. Memorable moments: Jaimz Woolvett's antsy “Schofield Kid” paralyzed with terror and guilt after his first successful kill; Saul Rubinek being handed a gun and choosing to aim it at someone other than Richard Harris; and literally any time Oscar winner Gene Hackman is on-screen, especially in his climactic moment when confronting Clint and arguing, pathetically, “I was building a house.” Shoulda built it elsewhere, dude.