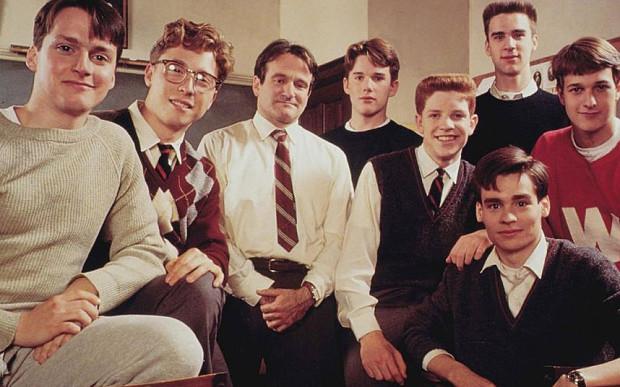 We can learn a lot from movies: how to survive an ocean-liner disaster by clinging to a plank of wood (and losing DiCaprio in the process); how to get an extra-terrestrial back to his home planet; who actually did frame Roger Rabbit. But we can also learn what it's like to have a career – how to survive, and thrive, in pursuits that take decades to master yet can be effectively taught to audiences in a tidy two hours.

So in honor of my Augustana College friends who are graduating this weekend yet were denied the opportunity to enjoy a proper on-campus send-off before entering the cold, cruel workplace world, here are five titles under the collective blanket of “What I Want to Be When I Grow Up” – home-viewing options from 1976 to 1990 featuring excellent examples of pros at their inspiring peaks of performance. Consider it my cinematic commencement address. I don't know why I've never been asked to give a real one. Probably because they'd anticipate my being crude. Those jackasses. 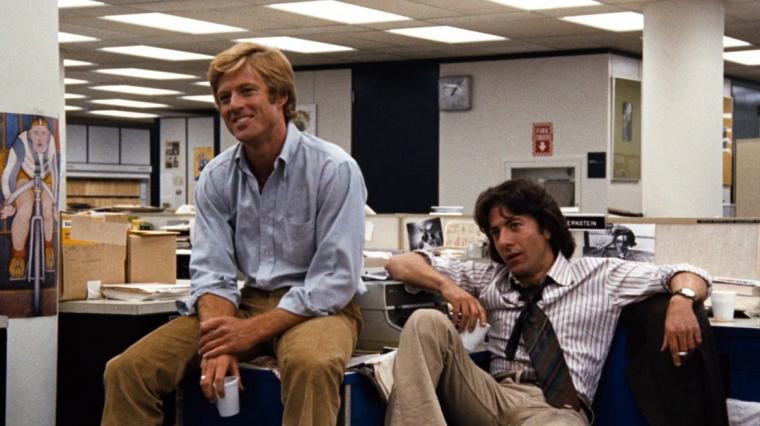 If you wanna be a great investigative journalist – All the President's Men: The first image in director Alan J. Pakula's 1976 Watergate drama is just a fuzzy expanse of gray-tinged white, like a cloud on an overcast day. But after about 15 silent seconds, the white is revealed to be a blank sheet of paper with “June 1, 1972” slowly appearing on-screen, every typewriter-key click sounding like an explosion, or a gunshot. It's a startling opener, and suggestive of the bone-deep exhilaration of this film that's really just about two guys conducting interviews over coffee, talking on the phone, scribbling information onto notepads… . Doing the occasionally tedious yet intensely rewarding job of being journalists. With the possible, supremely notable exceptions of Zodiac and Spotlight, I can't think of a single movie that gets the monotony, crushing disappointment, and towering elation of the investigative process with more accuracy than All the President's Men, in which the closest thing to a romance is Carl Bernstein's relationship with his cigarettes and the closest thing to an action scene is Bob Woodward frantically running down the street and finding himself chased by … nobody. Yet while the film isn't traditionally grabby, seeing Dustin Hoffman and Robert Redford gradually amass the information necessary to end Richard Nixon's presidency is about as engrossing as cinema gets, and practically a how-to manual on performing seemingly impossible tasks with diligence, tirelessness, and conviction. It's every antidote to “fake news,” however you define it, you could ever want. Also worth watching if you wanna be: a ballsy publisher, which Oscar winner Jason Robards makes look effortless despite the moral, financial, and legal repercussions churning in Ben Bradlee's head; a touch typist, because good lord are there reams of words to be written; and Deep Throat, because Hal Holbrook, with his shadowy entrances and exits, makes that gig look awfully cool. 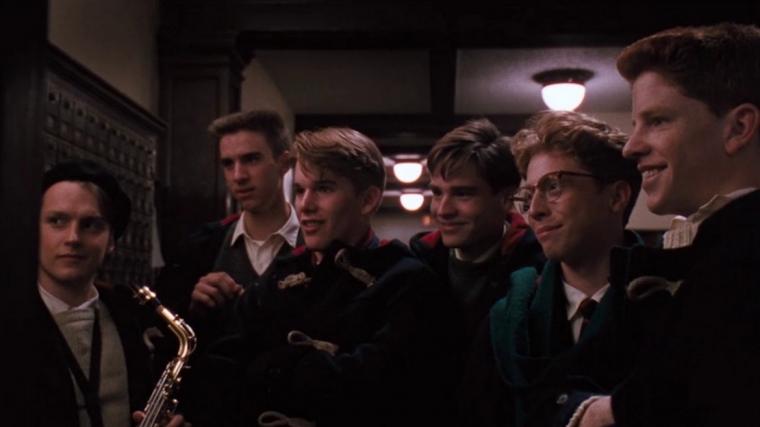 If you wanna be a great teacher – Dead Poets Society: Given his stardom, top billing, Best Actor nomination, and lovely portrayal, it's easy to forget that Robin Williams, in his role as John Keating, actually isn't our primary focus in director Peter Weir's 1989 prep-school drama. The majority of our time, attention, and affections instead falls to the students, and it's in them that you realize just how outstanding a teacher Keating truly is. He's ostensibly instructing his charges in English, but what he's really imparting are the means by which these boys can become men – curious, empathetic, self-aware men comfortable in their skins and capable of pursuing passions not dictated by privilege or their parents. Keating isn't teaching the kids how to be a teacher; he's teaching them how to be. Who knows if any of them will grow up to inspire students of their own: Ethan Hawke's pathologically shy Todd; Josh Charles' hopeless romantic Knox; Gale Hansen's sardonic beatnik Charlie. (The only one we know won't become a teacher – and the film's fans will ruefully remember why – is Robert Sean Leonard's bright, tormented stage hopeful Neil.) Yet the tender, haunting, only-slightly cornball Dead Poets Society suggests that by the time they graduate, these increasingly confident pupils can be anything they want, and it's because they had a mentor who gave them the necessary intellectual and emotional tools. “Carpe diem!” Keating insists. And while the boys are seizing the day, Weir's movie is seizing you. Also worth watching if you wanna be: a poet, because, duh, the title; a smoothie, because Knox learns sealing-the-deal lessons that will benefit him forever; and a classical-theatre savant, because Leonard nails his readings in that Puck soliloquy, and consequently looks as happy as all performers feel when we've impressed even ourselves and the curtain closes and we can finally exhale. 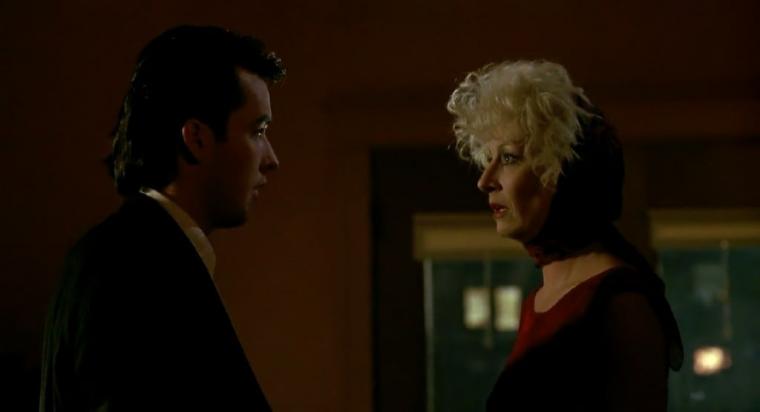 If you wanna be a great con artist – The Grifters: Admittedly, “con artist” maybe isn't the loftiest career goal – though these days, who are any of us to turn down a paid gig? But if you've ever wanted to learn to scam free drinks from a bartender, or lower the odds on the healthy favorite at a racetrack, or score a cash-filled suitcase from a gullible tycoon, this is definitely the movie for you. One of the chief pleasures of con-job and heist flicks ranging from The Sting to Ocean's Eleven is the preparation – charismatic scoundrels detailing the precise actions and circumstances required for their labyrinthine schemes to succeed. Director Stephen Frears' subtly vicious 1990 thriller, by contrast, revels in the mundane. There's little that's exciting, and certainly nothing that's romantic, about the illegal money-making strategies employed by Anjelica Huston's Lilly, John Cusack's Roy, and Annette Bening's Moira, whose petty and grand larcenies look about as thrilling as an eight-hour shift on a cemetery's grounds. But the dullness is The Grifters' point: If you want to be a truly successful con artist, you have to treat it as a job like any other, because seeking thrills as well is the easiest way to get caught. As for the film itself, it's anything but dull – a riveting, fierce, funny-until-it's-not exploration of the depths to which the immoral will sink in order to stay financially sound, or sometimes merely to survive. Also worth watching if you wanna be: a soft-spoken, intensely frightening ringleader of con artists (“Tell me about the oranges, Lilly”); a seedy landlord, because you learn, as Bening's deceitful tenant surely has, that there's always some way the rent can be paid; and a psychiatrist, considering Frears' movie – and Lilly's and Roy's disturbing mother/son relationship – supplies everything you'd ever need to know about Oedipal complexes. 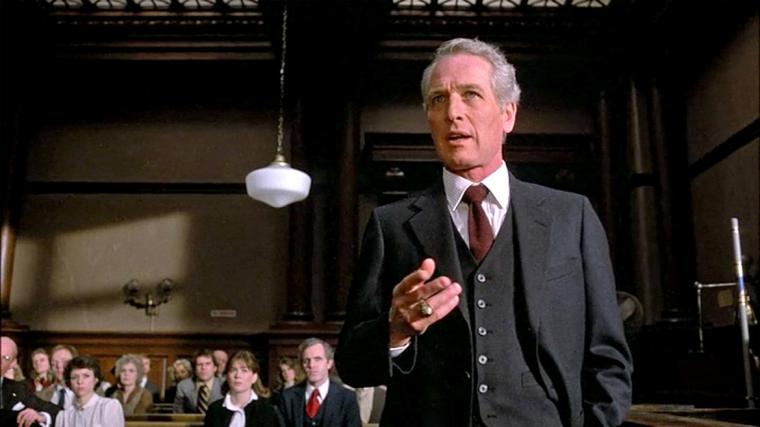 If you wanna be a great lawyer – The Verdict: Director Sidney Lumet's and screenwriter David Mamet's courtroom drama about a botched medical procedure leading to a patient's irreversible coma is hushed, spare, and elegant. Yet what's fascinating about it isn't that Paul Newman's protagonist Frank Galvin is a great attorney. It's that he's a miserable, desperate, alcoholic, terrible attorney who slowly learns, along with the rest of us, how to be great. If you took a triumph-of-the-underdog sports flick, dressed it in tweed, and gave it an Ambien, this would be that movie. The funereal gloom, however, is offset by the soul-lifting tingle of middle-aged Frank, in one of Newman's most deservedly lauded performances, remembering the youthful satisfaction he took in a job well and decently done. And The Verdict takes you through every tortuously ephemeral victory: finding witnesses who don't want to be found; discovering evidence meant to be eternally hidden; rousing a jury whose judge is clearly in cahoots with opposing council. Despite Mamet's deliciously chewy dialogue and the estimable supporting work by the likes of Charlotte Rampling, Jack Warden, Milo O'Shea, and Julie Bovasso, Lumet's superior 1982 achievement hardly qualifies as fun. But I always enjoy viewing it as a reminder of what can result when jaded professionals return to task of being professional, and find themselves surprised and gratified by the good they can still do. It may not be “fun,” but it's so rewarding. Also worth watching if you wanna be: a horribly corrupt lawyer, given that James Mason, in that perversely soothing James Mason voice of his, practically gives a master class in shadiness; an ethical health practitioner, thanks to Lindsay Crouse's wrenching testimony on the witness stand; and an interior decorator, because Jesus are the interiors here (intentionally) drab. Think how much cheerier Lumet's film would've been with some colorful throw pillows! 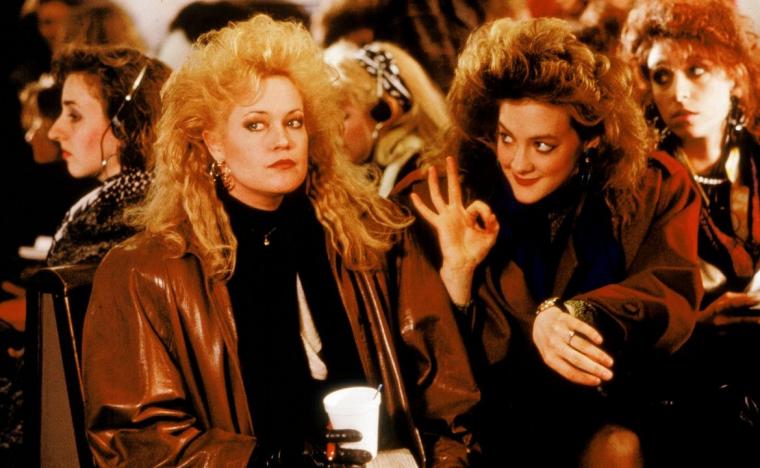 If you wanna be a great corporate executive – Working Girl: In truth, this 1988 Mike Nichols comedy also qualified for the “great con artist” acknowledgment, considering that heroine Tess McGill's rise from beleaguered secretary to mergers-and-acquisitions dynamo wouldn't have happened without the woman lying about her identity and usurping her boss' office. Then again, that boss is a conniving shark who stole Tess' career-making idea – so no harm, no foul, I guess. One of Nichols' most buoyant mid-career entertainments, Working Girl is a fish-out-of-water fable in which the fish adapts to dry land quite nicely, and it boasts Harrison Ford at his most charmingly relaxed, a stealthily hilarious Sigourney Weaver, a memorable Carly Simon score, and Joan Cusack as the kooky yet sensible best friend of your dreams. (“Sometimes I sing and dance around the house in my underwear. Doesn't make me Madonna. Never will.”) Yet our hearts belong to Melanie Griffith's Tess, who proves that business-minded Manhattan-ites actually can be something they're almost never accused of being: human. You could argue that Tess' meteoric rise comes from a combination of ingenuity, pluck, and chicanery, and that wouldn't be untrue. Yet it's also due to rock-solid legwork; Tess triumphs because she does the research, talks to the right people, makes the smart decisions, and treats others with the respect and candor they deserve. And sure, she got her foot in the door by borrowing her boss' dress without asking. But hey – she did have it dry-cleaned! Also worth watching if you wanna be: a casting director, given the just-right-ness of even background extras; a wedding crasher, because Griffith's and Ford's characters prove incredibly adept at it; and a person with dignity, as Tess steadfastly refuses the sexual advances of Kevin Spacey's arbitrageur and escapes his clutches by spraying a bottle of champagne in his face. Carpe diem, baby!