The Deep End of the Oscar Pool: The 2006 Nominees for Foreign Language Film, Documentary Feature, and the Short-Film Categories 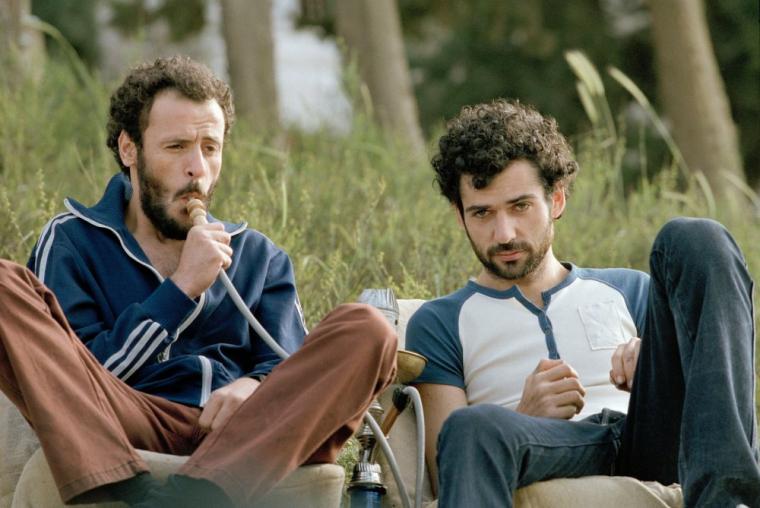 So, you've entered your office's Oscar pool - and it's a good Oscar pool, one in which they make you guess the winners in every category - and now you're in a pickle. Best Foreign Language Film? You haven't seen any of the nominees. Best Animated Short? Those titles don't sound familiar. Best Documentary Feature? Well, you thought that penguin movie was pretty good ... .

For those who routinely look forward to the Academy Awards telecast - and for those who don't much care for movies but do like workplace activities that involve wagering - the Oscar pool is a tradition as cherished as the show itself. It's a can't-miss activity: If you're the champion, you get bragging rights and prizes; if you don't prevail, you can join the others in saying, "Well, how was I supposed to guess right in that category? I've never even heard of those movies."

No one should be expected to predict, with 100-percent accuracy, the victors in all of the races; those who do, by some chance, aren't just movie-smart but movie-lucky. But emerging victorious in your Oscar pool is made easier, at least, by knowing the competition. (I won't brag about how many of these things I've won over the years, but let me just say that, almost annually, my college roommate wants to freakin' kill me.)

If you're interested in being your workplace's official Movie Geek for a day but, unlike some of us, don't have all day to spend browsing Oscar-related Web sites, here's some info about the lesser-known nominees, and some guides to - fingers crossed - picking the winners.

In some years, this category is easy to predict; when foreign works 1998's Life Is Beautiful and 2000's Crouching Tiger, Hidden Dragon also competed for Best Picture, for instance, it was pretty clear that they were going to receive their acknowledgment in this category instead. But there are no cultural or box-office behemoths in the mix this year: Italy's Don't Tell, France's Joyeux Noel, Palestine's Paradise Now, Germany's Sophie Scholl - The Final Days, and South Africa's Tsotsi. In lieu of Awareness, then, go with Importance - your choices of Serious Subject Matter include poverty (Tsotsi), child molestation (Don't Tell), World War I (Joyeau Noel), and World War II (Sophie Scholl). Yet, if possible, your best bet is with Importance Tied to Social Relevance, and in a winter that saw Munich dominating most of the arts-related op-ed press, Paradise Now, which concerns two young Palestinians preparing for a suicide-bombing mission, feels - purely in terms of Oscar prognostication - like the right subject, from the right country, at the right time. (It also won Best Foreign Film at the Golden Globes last month, which can't hurt its notoriety among voters.)

Always go with Nick Park. But since, this year, the Wallace & Gromit auteur is going to win the Best Animated Feature award instead, we actually have a contest here. Sort of. Once upon a time, I based my prediction in this category on whichever eNick Parkntry had either the funniest or the longest title - it was as good a way to guess as any - and if I used that as my guidepost this year, I'd have to go with The Mysterious Geographic Explorations of Jasper, which covers both criteria over a field including Badgered, The Moon & the Son: An Imagined Conversation, 9, and One Man Band. But this was before computer-animated works began showing up among short-film nominees, and computer-animated works seem to always triumph here. (It helps that many of them have been from Pixar, and Pixar is just so damned good.) That narrows the options considerably. Go with One Man Band, this year's only computer-animated choice.

Two more categories populated by oh-I'll-just-close-my-eyes-and-point-at-one options. In the Live Action Short race, the contenders are entitled Ausreisser (The Runaway), Cashback, The Last Farm, Our Time Is Up, and Six Shooter. I'm not sure how much "wisdom" I can impart here, but whenever they get the chance to vote for them, voters tend to like celebrities and comedies in this category; comedian Steven Wright has an Oscar (for 1988's The Appointments of Dennis Jennings) in this category, for heaven's sake. That leaves us with Six Shooter, starring Brendan Gleeson, and Our Time is Up, starring Kevin Pollak. Go with the gravitas. Six Shooter it is.

As for the Documentary Short Subject category, it's hard to go wrong with the weightiest of weighty subject matter; remember, kids, these are documentaries - they're not supposed to be enjoyable. (It's attitudes such as this that make me want to tear my hair out.) Among this year's four nominees, The Death of Kevin Carter: Casualty of the Bang Bang Club concerns a South African photojournalist tormented by the ethical implications of his job; God Sleeps in Rwanda follows five Rwandan women rebuilding their suddenly-70-percent-female society; The Mushroom Club studies the effects of the Hiroshima bombing with 10 modern interviewees personally affected by the tragedy; and A Note of Triumph: The Golden Age of Norman Corwin explores the impact of the radio newsman who aired a landmark broadcast on the evening of VE Day. The last one is the only film on the list that, upon hearing the focus of its subject matter, didn't make me want to kill myself, so I'm doubting it has much of a chance. Among the others, The Mushroom Club is the only entry directed by a previous Oscar winner - Steven Okazaki, for 1990's documentary short Days of Waiting - so I'm leaning toward him.

Finally! A category in which we don't have to feel completely stupid! I'm guessing that among this year's contenders, you've probably at least heard about two of them - the thriller-in-doc-clothing Enron: The Smartest Guys in the Room and the heartbreakingly good quad-rugby epic Murderball - and one of them you've probably seen; damn, those penguins are cute. The other two nominees are Street Fight, detailing the New Jersey mayoral race between Sharpe James and Cory Booker - and director Marshall Curry's attempts to make a film of the fracas - and Darwin's Nightmare, Hubert Sauper's analysis of how Africa's Lake Victoria has been systematically decimated by biological and ecological forces. But who are we kidding? Like Michael Moore's Fahrenheit 9/11, Luc Jacquet's and Yves Darondeau's March of the Penguins proved that docs can mean big bucks, and since documentaries have teetered on the edge of irrelevance for so long, the Academy won't be able to resist rewarding one of the genre's few box-office bonanzas, even if two of the titles, at least, are of higher quality. But this is about predicting the Oscar winners here. Quality's got little to do with it.

For Oscar guesses in all categories, and a full list of the 2005 Academy Award nominees, see "Mike Schulz's Oscar Predictions."