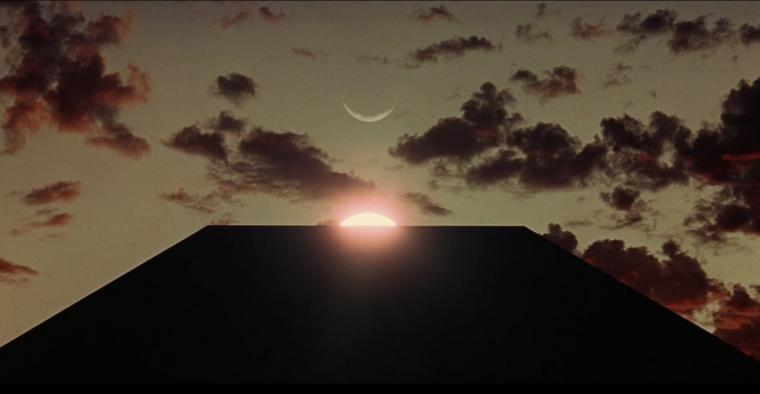 I've expended a lot of wordage over the past several (hundred?) weeks guiding you to home-viewing options in the wake of closed cineplexes. So for a refreshing change of pace, what say I let others do it for me?

Advance apologies: These raves are still written by me. But in their words and images, these five superior documentaries on films, filmmakers, and film lovers will guide you to a more completely satisfying list of movies to put on your must-watch list than I ever could. Be forewarned, though: All these docs are rabbit holes, and will likely lead you on paths requiring many more home-viewing hours than you may have anticipated. You got the time? Yeah. Me, too. 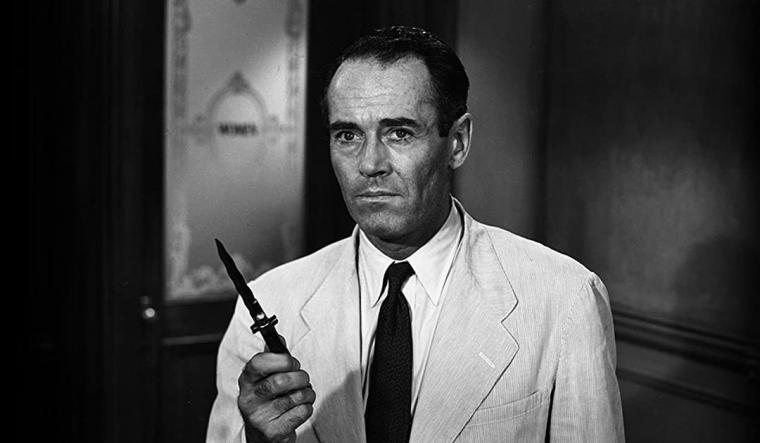 By Sidney Lumet: His filmography, it would seem, was all over the map. Beyond their director, what could possibly link Long Day's Journey Into Night with Murder on the Orient Express with The Wiz? But after 100 extraordinary minutes in its subject's company – with the doc's on-screen commentary provided by a thoughtful, sublimely engaging Lumet at age 83 – you'll discover in By Sidney Lumet fascinating thematic threads and parallels not apparent through a skim of the man's flabbergasting résumé. Some of them land through Lumet's recollections of his early TV and film work; clips of Lumet in 1939's One Third of a Nation suggest that the 14-year-old was perhaps destined to be a magical director of actors. Most of them, though, become evident through director Nancy Buirsky's artful, massively enjoyable interweaving of Lumet's professional accomplishments. Disregarding chronology and letting her film's narrative just go with Lumet's conversational flow, Buirsky explores the impact of father figures in Daniel, Running on Empty, and Before the Devil Knows You're Dead; justice in 12 Angry Men, Serpico, and The Verdict; outrage in Fail-Safe, Network, and Prince of the City. We're treated to clips of all these and many, many more, and the film's only irritation winds up being completely personal, because you don't know which of Lumet's titles to watch or re-watch first. You'll be especially eager to watch: Dog Day Afternoon, because damn Pacino was great in that one; Running on Empty, to be reminded of just how significant a talent we lost when we lost River Phoenix; and any existing episode of the 1950s program You Are There, 14 of which Lumet directed in this series that took TV-interview approaches to historic events via titles including “The Death of Socrates” and “The Witch Trial at Salem, Massachusetts.” With introductions by Walter Cronkite! 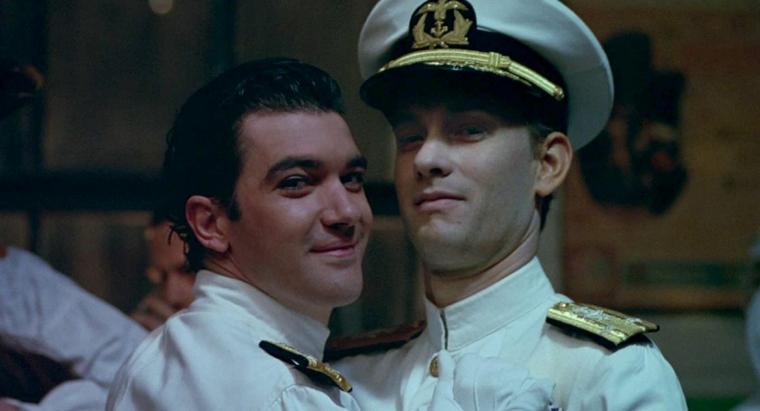 The Celluloid Closet: I think we'd all agree that there are too many sequels – or rather, once upon a time, there were too many sequels. But I'd happily start a Kickstarter campaign to help fund a follow-up to directors Rob Epstein's and Jeffrey Friedman's wondrously entertaining 1995 doc, a frank and funny look at Hollywood's, and audiences', handling of homosexual themes, figures, and iconography from the silent era to the mid-1990s. (Even though The Celluloid Closet is designed as a time capsule, it now feels like one badly in need of an update, considering it was released 10 years before Brokeback Mountain and 24 years before three out of four Oscar winners for acting won for playing gay characters.) With Lily Tomlin narrating and the talking heads featuring an obscene lineup of talent including Tom Hanks, Whoopi Goldberg, Susan Sarandon, Armistead Maupin, and Tony Curtis, Epstein and Friedman take us from Tinseltown's early, swishy stereotypes to the tragic-social-issue heroes of the then-present. But while representations of gay life onscreen changed drastically over 100 years of movies, this powerfully absorbing doc reminds you why they exist in the first place – because of passionate artists who wanted gay people seen regardless of restrictive film codes or social mores. As Harvey Fierstein unashamedly states, “My point-of-view has always been visibility at any cost. I'd rather have negative than nothing.” There's a lot of negative on display in The Celluloid Closet. And also a helluva lot of positive. You'll be especially eager to watch: Hitchcock's Rope, the Leopold-and-Loeb re-imagining that feels really ballsy for 1948; Ben-Hur, in order to pick up on author Gore Vidal's eyebrow-raising gay subtext in the scenes he wrote for Stephen Boyd and manly man Charlton Heston; and pretty much any romantic comedy starring Doris Day and Rock Hudson. 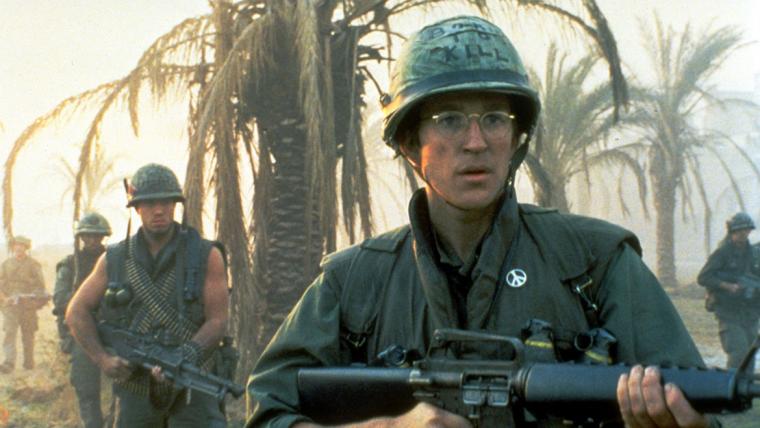 Stanley Kubrick: A Life in Pictures: Unlike the other documentaries I'm citing, this one doesn't provide clips from dozens of movies you might want to check out. Just a baker's dozen. But what a collection of 13 it is! Released in 2001, two years after Kubrick's death, A Life in Pictures examines the master filmmaker's professional output in chronological order, with director Jan Harlan spending roughly 10 minutes each on a remarkable oeuvre that started with 1953's Fear & Desire and concluded with 1999's Eyes Wide Shut. In truth, I'm not certain that my own eyes ever shut, not even to blink, when watching this hypnotic assemblage of film clips complemented by juicy anecdotal tidbits guaranteed to bring out the Kubrick-centric Gossip Girl in all true film nerds. Malcolm McDowell felt abandoned by Stanley after the completion of A Clockwork Orange! Kubrick was surprised that Barry Lyndon wasn't a hit! (!) Tom Cruise and Sydney Pollack shot that one Eyes Wide Shut scene for months! Shelley Duvall maybe isn't completely traumatized by Kubrick's treatment of her on the set of The Shining! It's a joy to return to the works in A Life in Pictures, even the ones you aren't crazy about, as an eclectic connect-the-dots in which nothing truly connects the movies but their creator's vision. You feel like you know (if not understand) Kubrick a bit better by the film's end. You feel like you know his movies a lot better. You'll be especially eager to watch: Paths of Glory, which introduced revolutionary tracking shots in 1957 that were echoed throughout Sam Mendes' 1917; Barry Lyndon, the clips and discussion of which might make you wonder whether you were wrong to be initially bored by that movie; and The Shining, because you should always be eager for another encounter with The Shining. 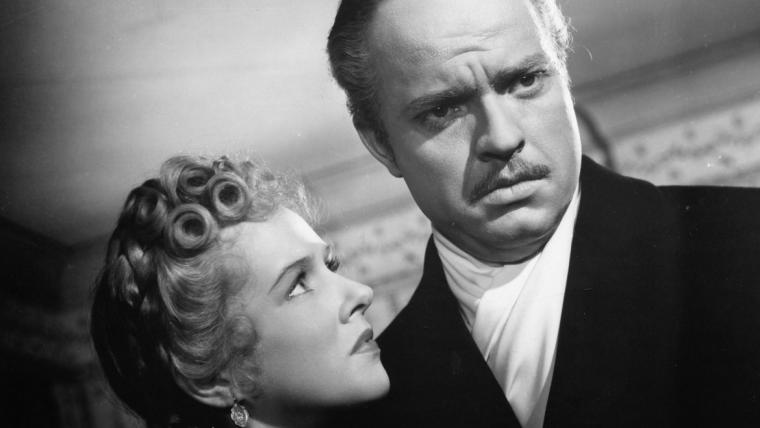 Visions of Light: Like The Celluloid Closet, this one seems ripe for a generational reboot, because how can you discuss cinematography without reference to Emmanuel Lubezki, Roger Deakins, Wally Pfister, and others whose names in the credits, nowadays, imply quality as readily as their directors'? But those guys weren't among the options when Visions of Light debuted in 1992, and the cinematographers explored here are a truly mind-blowing bunch, all of them at least partly (if not primarily) responsible for films you'll want to immediately check out just because they're lit so damned well. You know how every significant famous artist seems to have an online MasterClass these days? Visions of Light is like a MasterClass hosted exclusively by cinematographers; I have so much fun watching this thing that I'm barely aware of how much I'm learning. Directors Arnold Glassman, Todd McCarthy, and Stuart Samuels begin with the silents and end with Do the Right Thing. Through it all, we get concise, beautifully articulated deconstructions of their craft by such photographic wizards as Gordon Willis, Vittorio Storaro, Conrad Hall, Sven Nykvist, and more than a dozen others. And through all that, we get oodles of clips from cinematic works ranging from experimental late-19th-century shorts to '20s slapstick to '40s noir to '60s New Wave and beyond. By its end, you feel like you could teach your own MasterClass on the subject … and have a phenomenal time doing it. You'll be especially eager to watch: Intolerance, because what D.W. Griffith's cameraman Billy Bitzer was able to do photographically in 1916 was nuts; Citizen Kane, to revel in the sublime depth of focus in Gregg Toland's compositions; and Rosemary's Baby, to see if you, too, cock your head to peer around the door frame when Ruth Gordon is on the phone. 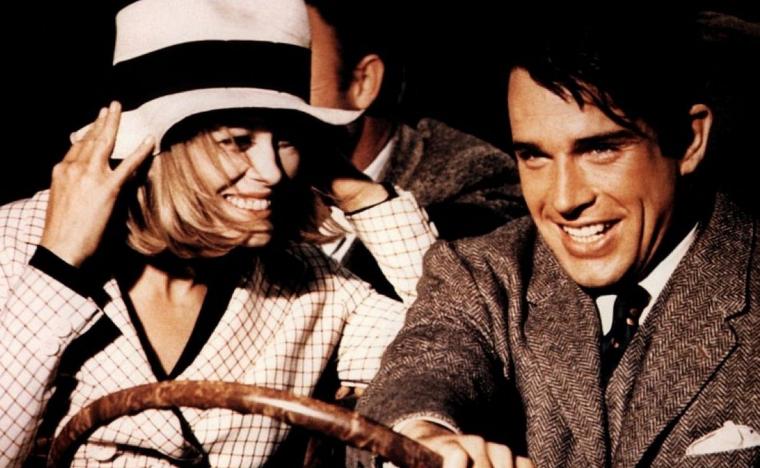 What She Said: The Art of Pauline Kael: Available now for online viewing after its festival debut last year, this new release about … . Wait, what? A new movie? Will wonders never cease?! And for those of us who grew up reading, and consequently worshiping, the late, legendary New Yorker critic Pauline Kael, director Rob Garver's bio-doc is a wonder: a treasure trove of film snippets, talk-show appearances, samples of Kael's writing style – frequently caustic, oftentimes generous, always insightful – and reminiscences from filmmakers, several of whom are no doubt glad she's gone. Discussing the reviewer's three-page take-down of his 1982 Blade Runner, for instance, Ridley Scott insists, “She was so f---ing wrong.” But that's the kind of influence Kael had and the passion her opinions inspired, and Garver's film, though undeniably the work of a dyed-in-the-wool fan, explores the woman's life and career in all its messy, gloriously human contradictions, and in ways that create true catnip for movie lovers. Jessica Lange, Carol Burnett, and Kevin Bacon, we learn, sent her letters of thanks for her reviews. Norman Mailer blithely insulted her on TV. Oscar-winning director George Roy Hill fired off a letter that began, “Listen, you miserable bitch … .” And through all the personal plaudits and disparagement were the movies themselves, with What She Said at its best when detailing why Kael thought the way she thought, and how she expressed those thoughts in print. You'll be especially eager to watch: Bonnie & Clyde, the movie Kael adored that launched her long New Yorker tenure; Mean Streets, her ecstatic review of which helped launch the careers of Scorsese and De Niro; and The Sound of Music, just to see if Julie Andrews' Maria Von Trapp really was, as Kael wrote, “inhumanly happy” with “a mind as clean and well-brushed as her teeth.” Ouch.