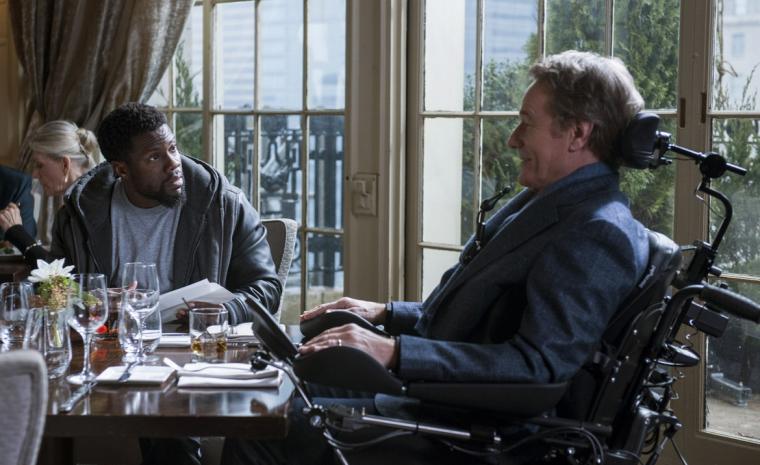 Kevin Hart and Bryan Cranston in The Upside

Kevin Hart is probably in the mood for some good news right about now. So allow me to congratulate The Oscar Host Who Wasn't on his new buddy comedy The Upside landing at the top of this past weekend's box-office charts, officially ending the three-week dominance of Aquaman. As an added bonus, The Upside isn't as dispiritingly crummy as that superhero blockbuster. But it's close.

A remake of 2011's French-language hit The Intouchables, director Neil Burger's offering is high-concept with heart (and Hart), telling the based-on-a-true-story tale of a petty crook and deadbeat dad who becomes the grossly unqualified assistant to an über-wealthy, quadriplegic author. To be fair, Hart slows down his typically motor-mouthed act and has some strong scenes with Aja Naomi King as the woman he wronged, and although Bryan Cranston barely taps into his character's discomfort and depression, he makes for an able-enough comedic sparring partner, his stoic deadpan and aggrieved eye rolls effectively counterbalancing Hart's uncouthness. The stars aren't a bad match, and I was frankly relieved to see that race was barely a factor in their mutual hostility that leads, as it must, to true friendship. (One Green Book per season is more than enough.) It's also impossible to hate any movie that treats us to Aretha Franklin's legendary performance of “Nessun Dorma” at the 1988 Grammys, when she famously stepped in last-minute for an ailing Luciano Pavarotti. But unless this is your first trip to the movies and you've never owned a TV, nothing that happens here will remotely surprise you. A lot of it, in fact, may likely offend you.

Hart's rich-people-be-crazy routines lead to an appreciation for the soothing effects of opera. Cranston's poor-people-be-annoying routines lead to an appreciation for the soothing effects of weed. Both men Learn from Each Other. Both men Become Better Men. Neither man has much to say to poor Nicole Kidman, who's stuck in one of those ghastly, stuck-up-priss roles that Kidman should never be asked to play, and that she should never have accepted. And between the obvious set pieces and maudlin sentiment and irredeemable scene in which Hart has seven kinds of aneurisms when forced to administer a catheter – a bit of “comedic” gay panic that, P.R.-wise, couldn't be landing at a worse possible time – there's nothing to do at Burger's movie but wait for its inevitable shoes to drop, which they do with thudding predictability and nowhere-near-enough laughs. If The Upside has any upside of its own, it comes in the form of Julianna Margulies, who's given just under 10 minutes with Cranston and suggests that this feel-good comedy might've been way better off as a feel-bad drama. Chances are, though, it wouldn't have unseated Aquaman that way. Guess I'll take what I can get. 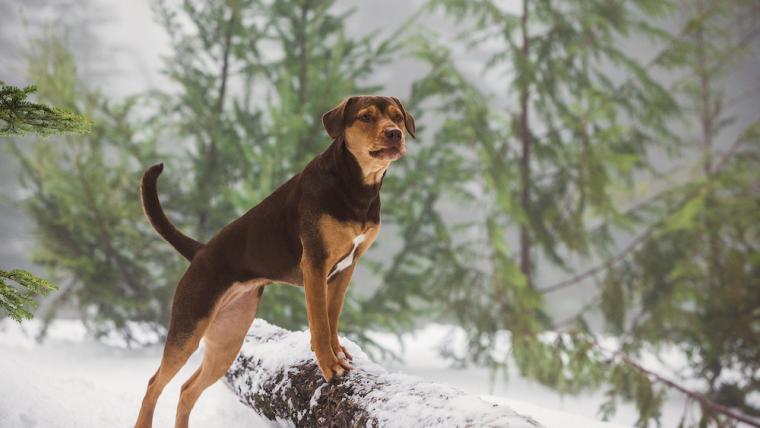 I really, truly try not to ask much of harmless, formulaic family entertainments such as A Dog's Way Home, which finds a mixed-breed pup named Bella (voiced by Bryce Dallas Howard) forced to travel 400 miles on foot, from New Mexico to Colorado, in order to be reunited with her loving owner (Jonah Hauer-King, an ambulatory dimple). But considering the only legitimate pleasure I personally get from these sorts of heart-tugging pet adventures tends to come from the cannily edited actions and reactions of beautifully trained animals, am I wrong to somewhat detest the movie for its overabundance of CGI? Yes, most of Bella's exploits are enacted by an actual, flesh-and-blood canine, and I certainly understand that live cougars probably aren't easily trainable performers. But while I've long been a fan of director Charles Martin Smith (albeit principally as the actor of American Graffiti and The Untouchables fame), I sincerely wanted to slug him for inserting so much computer animation into this treacly mix, as he routinely interrupts the real-life action for hokey nonsense and unmistakable fraudulence involving a cougar cub who's one cartoon teardrop away from Shrek's Puss in Boots. The rest of this W. Bruce Cameron adaptation is certainly less noxious: Admirable lip service is paid to the travails of war vets and dogs' roles as emotional-support animals; a sad, lovely interlude finds Bella in the care of a well-meaning but casually cruel homeless man; Bella, at one point, winds up in the custody of an interracial gay couple and the movie doesn't even judge her for it. (In truth, Smith's film goes to lengths to give us friendly, helpful same-sex partners who appear to adore one another as much as they do our doggie heroine – a radical, laudable bit of normalizing in a work intended for family crowds) Yet a botch as big as that CGI cougar, with Bella herself similarly animated when cavorting with the beast, is enough to dull your rooting interest in an entire film, and I subsequently couldn't get on-board with A Dog's Way Home even despite its admittedly interesting factoids (Pit bulls are illegal on the streets of Denver! Who knew?!), its subtly damaged Ashley Judd, and its shameless finale that still made me well up. Oh, did I bury the lede there? Yeah, I got teary. I'd say they were tears of anger, but it's hard to stay pissed at a movie that won't stop licking your face. 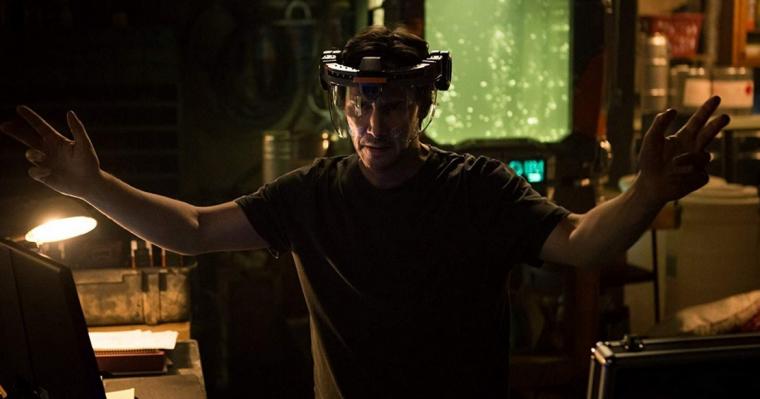 Is it too early to deem director Jeffrey Nachmanoff's Replicas a classic in the making – if, that is, we expand the definition of “classic” to mean “priceless fodder for the next season of Mystery Science Theater 3000”? A high-tech blend of Pet Sematary, “The Monkey's Paw,” and the MST3K staple The Brain That Wouldn't Die augmented with the DNA of dozens of terrible cyber-thrillers, this helplessly laughable endeavor finds Keanu Reeves' driven geneticist losing his wife and kids in a car accident, and deciding to resurrect them by transferring their memories to the bodies of newly hatched clones. If you're imagining that what happens next is in any way exciting, scary, or the least bit resonant, you're barking up the wrong tree. If, however, you began expecting an unintentionally hilarious escapade beginning with the words “Keanu Reeves' driven geneticist,” you're absolutely at the right place. There were only about a dozen patrons joining me at my Saturday-afternoon screening. But we appeared completely unified in our giggly dismissal of this unmitigated disaster from moment one, derisively chuckling at the lame CGI effects, the riotous attempts to make impossible plot points seem plausible, and dear, earnest, wholly out-of-his-depth Keanu attempting to orchestrate the air á la Minority Report and utter lines such as “Margaret, energize the body!” with a straight face. (Even that beauty by screenwriter Chad St. John pales next to “You can't just keep bringing people back from the dead until you have this stuff worked out!”, as well as my personal favorite “What if something horrible goes wrong?!” Grammatically speaking, if something horrible goes wrong, doesn't that instantly make it not horrible?) Given just the slightest shifts in presentation, Replicas might have been a laugh-riot for the ages. Instead, the film's depressing, completely misguided earnestness tends to immediately squelch your guilty-pleasure enjoyment, and turns Machmanoff's genre entry into a thoroughly maddening waste of time – an alternately grim, boring, and thunderously stupid outing in which the body that needed energizing turned out to be mine.

For reviews of If Beale Street Could Talk and On the Basis of Sex, visit “Harlem Nights.”