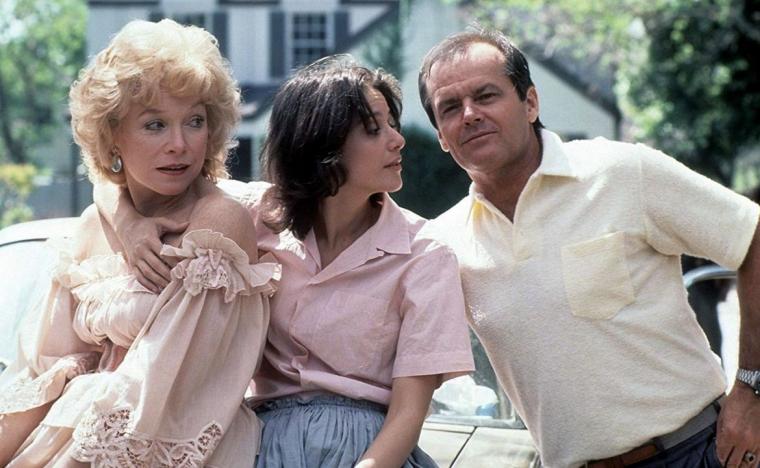 I was a sensitive kid, so it never really surprised me – although it did embarrass me – that when I was 16, I cried when Kermit the Frog and Miss Piggy got married in The Muppets Take Manhattan. Crying at Trolls as a 48-year-old, though? Now that suggested I might have a lifelong problem. (Hey! Sue me! That “True Colors” scene is a heartbreaker!)

Truth is, I've always been a super-easy crier at the movies; sometimes all it takes to get me going is a perfectly timed music cue or wordless reaction shot or, I dunno, the sight of a much-missed Twin Peaks actor just existing. (Michael “Hawk” Horse briefly appeared in The Call of the Wild, and it took all my will not to rush the screen for a teary bear hug.) Films about lovable animals overcoming adversity don't generally do much for me, and despite it making me sound like W.C. Fields, I also appear totally immune to the sniffly delights of YA lit on-screen. But these days, every now and then (or more), I think all of us could benefit from a healthy dose of Hollywood-induced pleasure-pain, and the following five titles are favorites that set off the waterworks like nobody's business every time – and there have been many times – I've watched them. Be forewarned that mild, hopefully not-detrimental spoilers abound … and because the most recent included title is 27 years old, I'm feeling little guilt about including them. 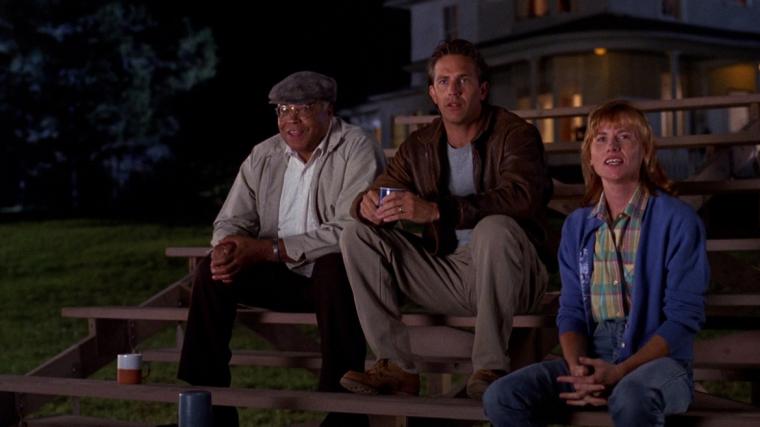 Field of Dreams: Sure, it's recognized as the be-all/end-all of male weepies now. Yet unless you were alive and watching trailers in the spring of 1989, maybe especially in this area, there's no way to fully communicate how stupid this thing looked in three-minute form: a mawkish pastiche of baseball and and cornfields and Kevin Costner and ghosts and James Earl Jones and trumpet blares and Burt Lancaster and inspirational mantras and that guy from thirtysomething and “Is this heaven? / No … it's Iowa.” I first heard those words at a packed screening at the old Milan cineplex, and can still hear the cackles as our crowd broke into derisive laughter. But of course, it's Field of Dreams that got the last laugh, given that writer/director Phil Alden Robinson's irrationally effective charmer went on to earn a bunch of money, a Best Picture nomination, and the souls of untold numbers of guys who'll tell you they never cry at movies but bawl like infants at this one. Part of the film's success as a big blubbery blast, I think, stems from the fact that, on a first viewing, you don't see your sobs coming. Robinson's outing is sprightly and hilarious from the opening voice-over narration (Costner describing his and Amy Madigan's newborn: “She smelled weird, but we loved her anyway.”), and for much of the rest, the narrative is too lightheartedly strange and surreal to suggest more than blithe, sport-themed fun. Yet we know what happens eventually, right? Lancaster saves a life and walks into the corn. Jones, with basso-voiced “This is CNN” gravitas, talks about base-ball and walks into the corn. Ray Liotta, looking uncharacteristically beatific, walks into the corn. And then, out of the corn, walks … . Shut up. I'm not crying. I just have something in my eye … .

Biggest heart-stabber: “Hey … Dad? You wanna have a catch?” 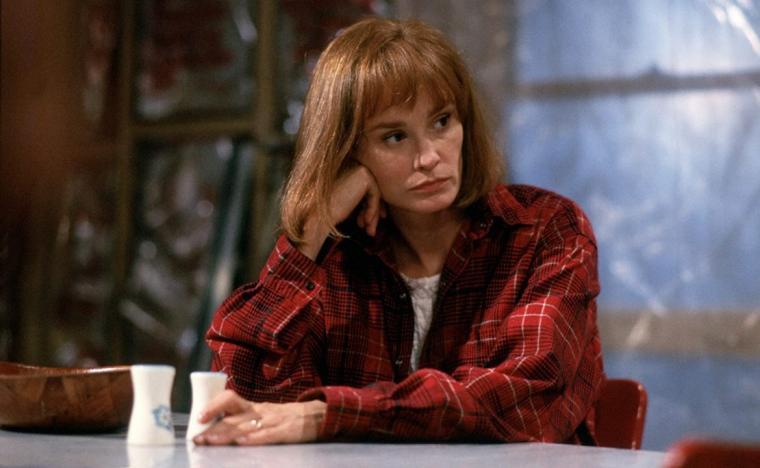 Men Don't Leave: For reasons I can't fathom, Paul Brickman, director of the iconic Tom-Cruise-dancing-in-his-underwear comedy Risky Business, has only made one other feature film: this criminally under-appreciated 1990 gem in which Jessica Lange's initially contented mother of two embarks on a new life after her husband dies in a workplace accident. If you haven't seen it, and you'd be in the distinct majority on that, this setup probably doesn't imply loads of laughs, and the most surprising thing about Brickman's sophomore (final?) release is that it's oftentimes awfully funny. As the ever-eccentric Joan Cusack co-stars, giving one of her most enjoyably off-kilter performances, I suppose that was bound to be the case, with satisfying zingers also delivered by Lange, Arliss Howard, Kathy Bates, 10-year-old Charlie Korsmo, and a teenage, never-better Chris O'Donnell. But when I think of Men Don't Leave – and 30 years later, I still think of it a lot – what I most readily recall are the many miniature grace notes that lend true feeling to, and elicit tears in, what might've otherwise been standard sit-com soap opera: a panicked Lange trying to be calm when telling a hospital orderly she's not there to see her husband, but rather “to identify him”; Korsmo, at his father's funeral reception, not knowing what to do with his enormous plate of food; O'Donnell, post-visitation, explaining why he couldn't cry in front of his friends; Lange realizing that her missing son went to the last place he felt legitimately safe. Brickman's moving, beautifully crafted, ultimately inspiring film is available for a $1.99 rental and $4.99 purchase through Amazon Prime and is absolutely worth those minimal costs. It's also presently available for free on YouTube, and even though the boxy picture is blurry and the sound is so-so, it's actually worth it there, too.

Biggest heart-stabber: O'Donnell, confronting his mother's newly estranged boyfriend, apologizing for behaving like an asshole and all but begging the man to come back because “I think she's starting to get sad again.” 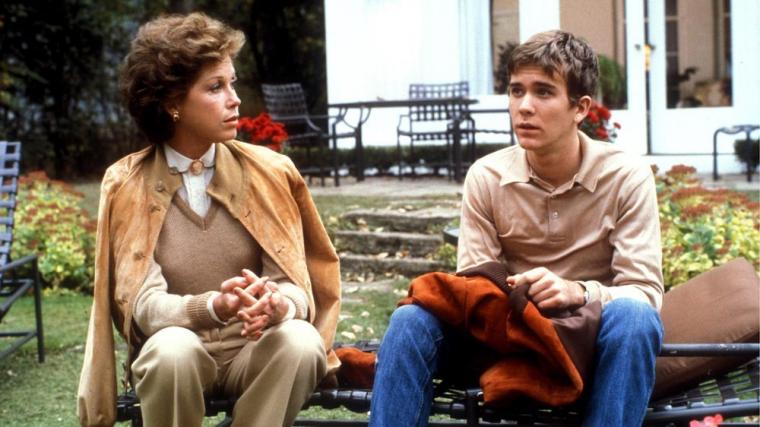 Ordinary People: Like 1990's Dances with Wolves, which had the nerve to snag seven Oscars to GoodFellas' one, cinephiles tend to reflexively loathe Robert Redford's 1980 family drama for winning Best Picture and Director over Martin Scorsese's Raging Bull. I'm not gonna court vitriol by arguing that Ordinary People is better than Marty's boxing classic … although I kind of think it is (he said from a location where no one could punch him). Almost 40 years have passed, though, since the release of Redford's tale of a quietly imploding nuclear family in the wake of a tragic death, and awards or no awards, it's high time the movie's formerly good name was restored. In one of movies' more emotionally affecting studies of repression, the characters played by Mary Tyler Moore, Donald Sutherland, and Oscar winner Timothy Hutton, for most of their screen time, can't cry, stifled by unvoiced grief and tense efforts at projecting and protecting their image as “the perfect family” in affluent Lake Forest, Illinois. So instead, you do the crying for them. Granted, that's made easier, if slightly more manipulative, through Marvin Hamlish's score, which is largely Pachelbel's “Canon in D” – a classical piece that's practically an ATM for tears. Yet whether you're responding to Moore's aching inability to communicate with her younger son, or Sutherland's memory of dressing for his older son's funeral, or Hutton, with scars on his wrist, contemplating a sink full of water, the tears also come through supreme delicacy and honesty, with the film's more wrenching elements wonderfully off-set, and even complemented, by funny ones involving a sensible Judd Hirsch and the luminescent Elizabeth McGovern. This is where some of us fell for her decades before Downton Abbey. I still adore McGovern – and her debut film.

Biggest heart-stabber: Sutherland's expression, in the final seconds, when someone in this two-hour movie about love finally says, “I love you.” 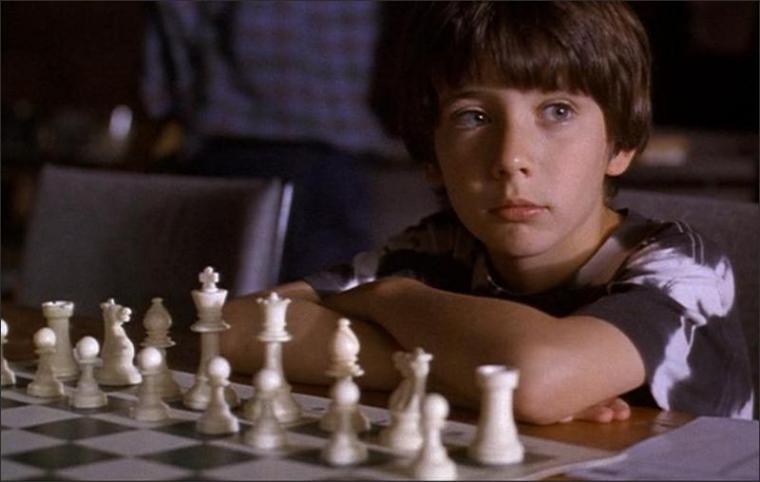 Searching for Bobby Fischer: Underdog sports flicks have inspired misty eyes and guttural sobs at least since 1931's The Champ with Wallace Beery and Jackie Cooper. But can a tearjerker qualify as an underdog sports flick if the main competitor isn't really an underdog and the event he's competing in isn't really a sport? Maybe not, but I'm glad that writer/director Steven Zaillian's superb 1993 spirit-lifter exists so we can at least have the discussion. Based on the book by Fred Waitzkin, whose son Josh was introduced to chess and began winning matches against seasoned adults at the ripe old age of seven, Searching for Bobby Fischer is only peripherally about Fischer, the international chess legend who famously became a J.D. Salinger-level recluse. Instead, happily, it's about Josh (played with beguiling watchfulness by Max Pomeranc), and while the storyline arc is familiar from any number of inspirational sports dramas, a second-grade protagonist opens up all sorts of fresh genre avenues for wonder, empathy, humor, concern, and, yes, wiping your eyes on your sleeve 'til your shirt weighs more than you do. For the most part, those tears are kept at bay through Zaillian's elegant direction and the character-first subtlety of the amazing cast: Joe Mantegna and Joan Allen as Josh's parents, Ben Kingsley and Laurence Fishburne as his chess mentors, and smaller roles, even one-line cameos, enacted by the likes of Laura Linney, William H. Macy, David Paymer, and Tony Shalhoub. But then we get to The Big Game – in this case, a literal game – and all bets are off. From the gesture of remarkable kindness to the sweep of James Horner's orchestra (he also scored Field of Dreams, that bastard ...) to the inevitable hugs, I defy anyone to not quietly weep. Over chess, of all things. Go figure.

Biggest heart-stabber: A seven-year-old walking with his arm around the shoulders of his six-year-old friend, attempting to cheer the kid up with an admission: “You're a much stronger player than I was at your age.” 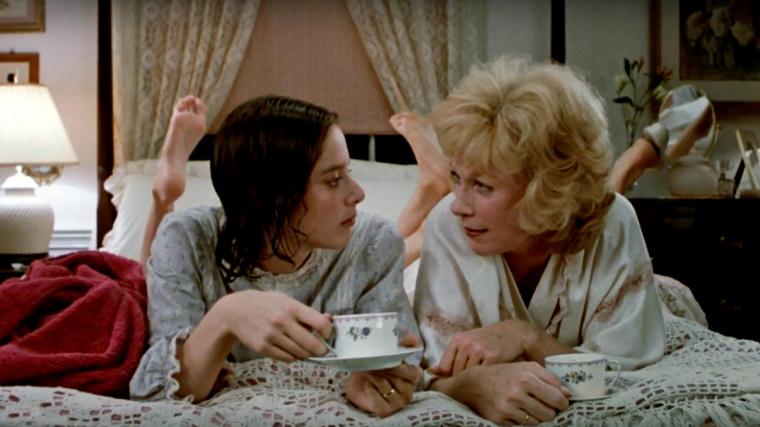 Terms of Endearment: Even if you only know this tearjerker-to-end-all-tearjerkers by reputation, you no doubt get why I'm including it here. So before addressing the movie's most devastating moments, by which I mean nearly all of its last half-hour, can we briefly talk about the emotional wrecking ball that is John Lithgow's face? Masochist that I've always been, I saw writer/director James L. Brooks' Best Picture-winning box-office smash in theaters three times when I was 15. Yet while I made every effort to not be an uncool high schooler crying into his popcorn, I always lost it at the exact same moment: The closeup on Lithgow's forlorn mug as his Iowa banker bids farewell to his adulterous lover in a Burger King parking lot. And this happens way before anyone on-screen is diagnosed with cancer! Lithgow (who earned a nomination for an Oscar that co-star Jack Nicholson understandably won) isn't in the film for even 15 minutes, but his expression – wistful, devastated, grateful for his brief happiness – is like the visual equivalent of Terms of Endearment as a whole. It is, at least, until illness hits, and the only visual that might suffice would be a currently uncreated emoji of inconsolable yet cleansing weeping. Debra Winger and Osar winner Shirley MacLaine wreck you. Nicholson, the comic live-wire the movie desperately needs, puts lumps in your throat when you least expect him to. The masterfully directed kids (Troy Bishop, Shane Serwin, Megan Morris, and that soul-crusher Huckleberry Fox) are just plain unfair. Even Jeff Daniels, whose faithless husband Hap is a grade-A jerk, earns your sympathy and tears with a perfectly timed collapse on a friend's shoulder. The movie is currently streaming on Prime Video. Why you're reading this instead of watching it is beyond me.

Biggest heart-stabber: A little boy says a final, brave goodbye to his mom not with words, but with a nod. And if that moment doesn't destroy you, there are about a dozen others that probably will.