You Gotta Be Kid-ing Me: A Dozen Memorable Pre-Teen Movie Performances 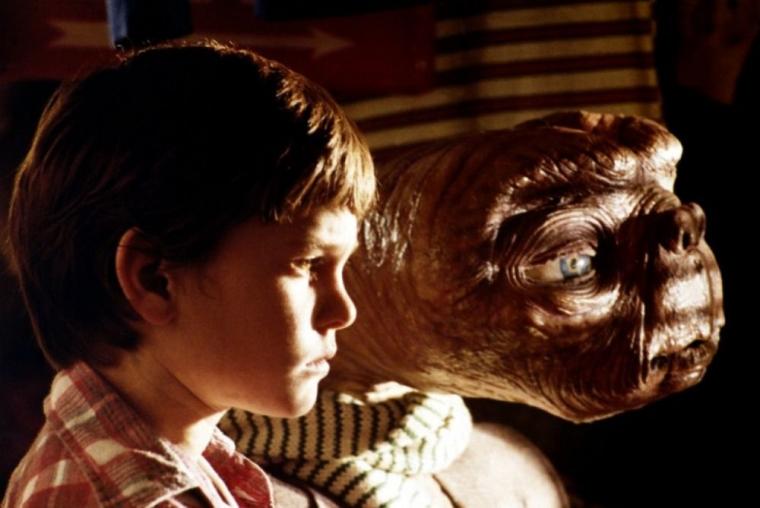 Henry Thomas and E.T. in E.T. the Extra-Terrestrial

Heartbreaking as it is to see so many indoor and outdoor children's activities canceled this summer, I have to say I'm overwhelmed, and thrilled, by the sheer volume of virtual theatre courses available for students through venues such as Davenport Junior Theatre, Moline's Spotlight Theatre, Iowa City's Englert, Mt. Carroll's Timber Lake Playhouse … . It may not be the same as meeting in person, but if kids can get their performing feet wet online, it's at least a solid start. Besides, isn't the computer screen where we're watching pretty much all of our acting talent these days?

With that in mind, and in hopes that the next Anna Paquin and Henry Thomas are currently enjoying virtual acting classes of their own, here's a salute to wonderful performances – all of them filmed before the actors turned 13 – available as home-viewing entertainment: a dozen 1973-to-1999 movie portrayals (five of them Oscar-nominated or -winning) that strongly suggest that acting gifts have precious little to do with age. Not all of them, I should warn, are necessarily recommended for children … unless, as a parent, you're ready for uncomfortable questions such as “Why is that little girl drinking blood?” and “Why is a child in the same room as Harvey Keitel?” For some questions, there simply are no answers. 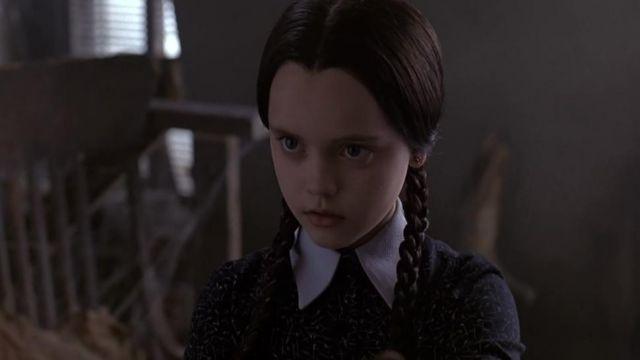 Christina Ricci in The Addams Family: Nine-year-old Ricci was adorable – and, resemblance-wise, ideally cast – as Cher's daughter and Winona Ryder's sister in 1990's Mermaids. Considering how much life the young actor brought to that film, though, who could have guessed how awesome she'd be, just a year later, playing someone deadpan enough to pass as dead? Barry Sonnenfeld's 1991 take on the Charles Addams material (snap snap) is Hollywood-blockbuster bland in many ways. Yet Ricci's hysterically stoic portrayal of the grim, violence-obsessed Wednesday is The Addams Family's most delightfully subversive element, and finds her more than holding her own against such adult hams as Raul Julia, Anjelica Huston, and Christopher Lloyd. I was tempted to also list Ricci's even-finer performance in 1993's Addams Family Values, but that whole sequel is so freakishly perfect it deserves a write-up all its own, so stay tuned. When it comes to the fabulous Ricci, I always stay tuned. 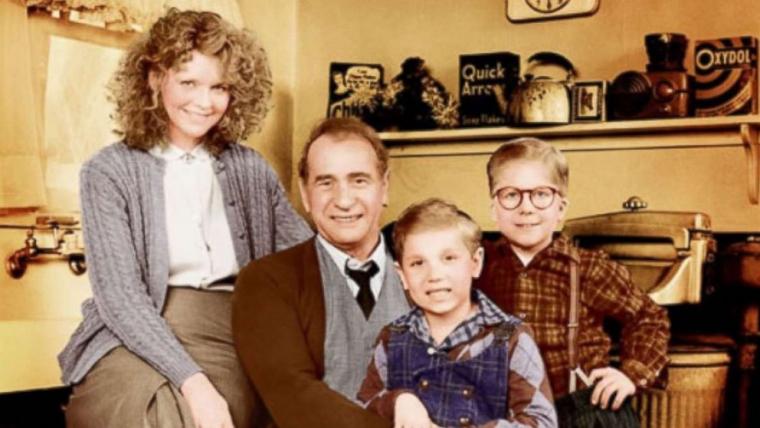 Peter Billingsley and Ian Petrella in A Christmas Story: Like many of you, probably, I can't get through Christmas Day without watching a few scenes from TV's 24-hour marathon of Bob Clark's 1983 holiday classic. (And by “a few” scenes, I mean “enough to constitute two full Christmas Story viewings.”) And every year, I'm knocked out by how hilarious and, even better, real 11-year-old Billingsley and eight-year-old Petrella are as bunny-suit-wearing protagonist Ralphie and his younger sibling Randy, who fight like actual brothers, cry like actual children, and deliver punchlines (Billingsley's “A crummy commercial?! Son of a bitch!”) and slapstick (Petrella's piggy-at-the-troth gorging and giggling) like actual master comedians. All the kids in Clark's period comedy are first-rate, of course. But the movie wouldn't work if we didn't fully believe in the pint-sized Parker boys, and these funny, naturalistic charmers are so believable they even – for one day a year, at least – make me believe in Santa.

Drew Barrymore and Henry Thomas in E.T. the Extra-Terrestrial: With very young actors, it's always hard to know whether portrayals emerged organically or were cannily elicited by clever directors and editors. Certainly, Steven Spielberg is no slouch at directing kids, and no doubt had a significant hand in the greatness of Thomas' alien babysitter Elliott and Barrymore's unfazed baby sister (and burgeoning wardrobe mistress) Gertie. Given that both performers, however, are still excellent 38 years after E.T.'s 1982 debut, I think natural talent may deserve a lion's share of credit here. Thomas, at age nine, was pretty much forced to carry this entire suburban sci-fi on his tiny shoulders, and there isn't a scene in which he isn't completely focused, empathetic, and compelling. As for six-year-old Barrymore, whose every line reading is memorable (“Alligators in the sewers ...”), she continually gets me weepy when Gertie watches her new friend under a defibrillator. That Spielberg can be such a bastard. 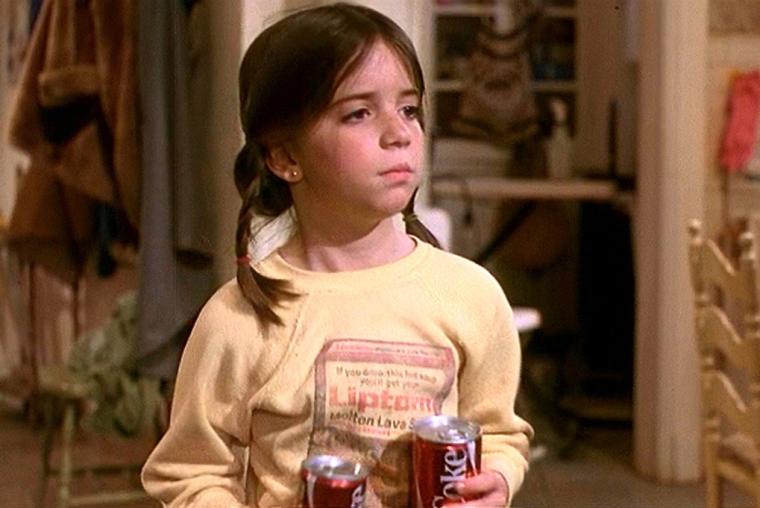 Quinn Cummings in The Goodbye Girl: Does anyone else remember the 1970s TV drama Family? I sure do, and also remember how stoked I was when, after two seasons, the show added Cummings to the ensemble, given how much I loved her as the sardonic Lucy in 1977's Goodbye Girl. I returned to director Herbert Ross' rom-com recently and have to say it hasn't aged well for me – all those Neil Simon wisecracks; all that Marsha Mason mugging; all that mincing in the über-gay Richard III. Yet what does hold up, beyond the valiant Richard Dreyfuss' Oscar-winning turn, is nine-year-old Cummings' ability to stand toe-to-toe with her adult co-stars and suggest a soul infinitely more sensible and mature than either of them. Cummings herself got an Oscar nod for this, and pretty much deserved it just for her world-weary reading of “Jesus.” I say that during the movie, too. Just not when Cummings is around. 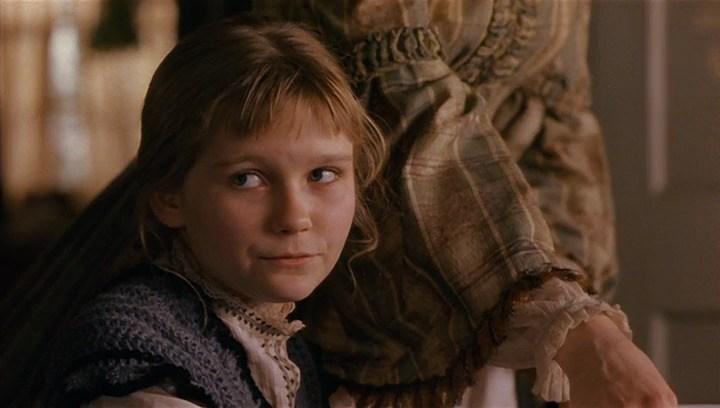 Kirsten Dunst in Interview with the Vampire and Little Women: Sometimes all it takes are a few weeks for your reaction to a performer's presence to morph from an intrigued “Who is that?” to a delighted “Her again!” In 1994, those weeks came at the tail end of the year, when an 11-year-old Dunst completely walked off with Neil Jordan's Anne Rice adaptation Interview with the Vampire and then, just in time for Christmas, winningly joined the March family in Gillian Armstrong's Little Women. Because I loathe Jordan's pretentious, laborious Gothic, I haven't watched Vampire in decades, yet still recall Dunst's ennui and anger (“You clean it up!!!”) as the century-old bloodsucker Claudia. And because I adore every rendering of the Alcott, I'll forever treasure Dunst's spirited, bratty, pre-teen Amy, despite Samantha Mathis eventually taking charge of the role. Dunst was the better fit – but then again, she was loads better than Vampire's Tom Cruise and Brad Pitt, too. 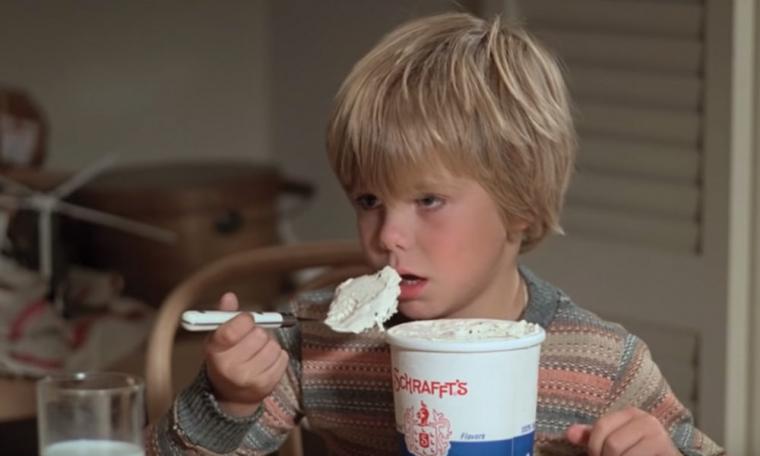 Justin Henry in Kramer vs. Kramer: It's probably unfair for a seven-year-old to have to make his acting debut opposite Dustin Hoffman and Meryl Streep, especially when both wind up winning Oscars. But in terms of scoring sympathetic tears in 1979's Best Picture winner, it was probably unfair to Hoffman and Streep that Henry was their co-star, because this novice nails it. Fans of Robert Benton's divorce drama surely remember Henry's amusing routines as Hoffman's and Streep's son Billy: attempting to sweet-talk his way into an ice-cream dinner; interrogating a naked Jobeth Williams about fried chicken. Henry's disarming, Oscar-nominated honesty, though, is most effective when he gets you bawling, which is often: wailing “I want my mommy!” during a temper tantrum; enduring stitches after a playground accident; plaintively asking of his new living arrangement, “If I don't like it, can I come home?” Great. Now I'm crying. And I haven't seen Kramer vs. Kramer in years. 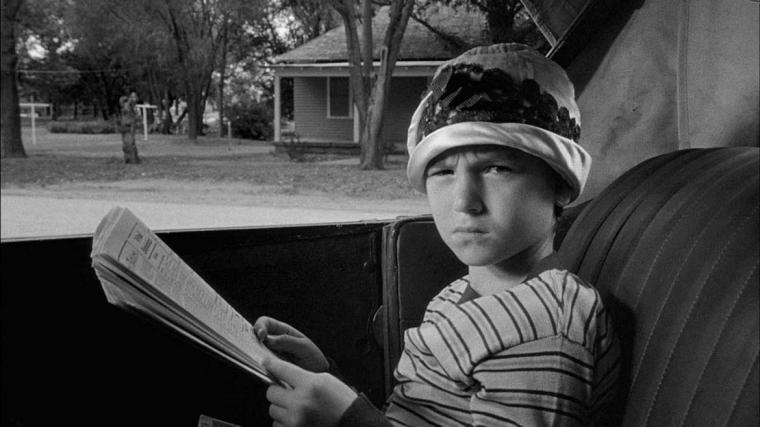 Tatum O'Neal in Paper Moon: I will never altogether understand O'Neal winning Best Supporting Actress for Peter Bogdanovich's 1973 comedy considering that the nine-year-old is in, you know … every freaking scene in the film, and might have more screen time than her co-star and real-life dad Ryan O'Neal. Precisely whom, in this thing, was Tatum's Addie supporting? That said, I'm otherwise totally on-board with the prize's recipient; O'Neal the younger is so phenomenally funny and feisty as a Depression-era con artist – an even craftier one than her bible-selling caretaker – that maybe only a national holiday in her honor would've been equivalent commemoration. Tatum, by the way, was nominated alongside Paper Moon's Madeline Kahn, who actually is a supporting actress in Bogdanovich's movie. And when the legendary Kahn is responsible for only the second-highest number of laughs, you've clearly landed on a comedy classic … and, in Tatum's case, a classic comic performance. 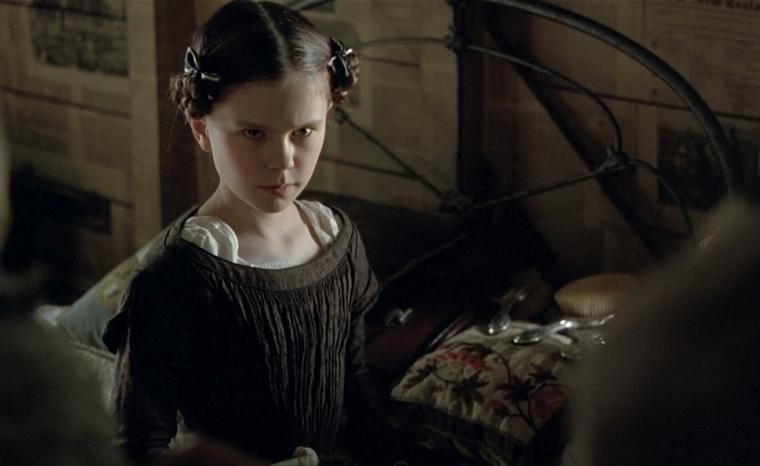 Anna Paquin in The Piano: Almost nobody expected Paquin to win Best Supporting Actress for 1993's fierce, haunting Jane Campion drama – perhaps especially Paquin herself, who stood at the podium, dazed and giggling, for 15 seconds before starting her brief, endearing speech. Yet I still recall my Oscar-party guest who predicted the victory, saying, “Of course she won. They voted based on talent.” Kind of an inarguable point if you've seen Paquin's performance. What was astounding then, and still holds true today, is how deliberately anti-cute Paquin is in The Piano: Her Flora McGrath may look like a sweet-faced nine-year-old, but she's also angry, conniving, prone to lies and mischief, borderline-treacherous … just as any pre-adolescent trapped with Holly Hunter's stern, mute mother and Harvey Keitel's handyman likely would be. If you haven't seen Paquin's incredible portrayal, watch the film. Or just watch her Oscar acceptance on YouTube. It'll make you smile for days. 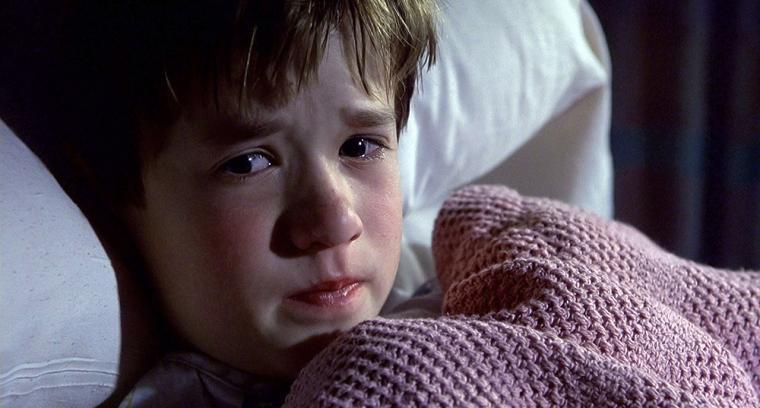 Haley Joel Osment in The Sixth Sense: Truth be told, I considered leaving this more-than-deserved Oscar nominee off my latest nostalgia list, as I've been trying to avoid writing about movies I previously reviewed – even if, like my article on M. Night Shymalan's 1999 smash, those reviews aren't available online. But how do you discuss incredible child performances of the 20th century and not cite Osment? That would be like discussing influential fast-food chains and deciding to ignore McDonald's. The Sixth Sense itself is fast-food – moody, meditative fast-food, to be sure, but it goes down easily and gives you what you want from it. It's 10-year-old Osment who turns a throwaway lunch into a seven-course meal, imbuing the ghost-whispering Cole with so many layers of fear, dread, empathy, bravery, mordant humor, and sadness that the picture is unimaginable without him. Cole, as you may have heard, sees dead people. Watching Osment, we see brilliant people.