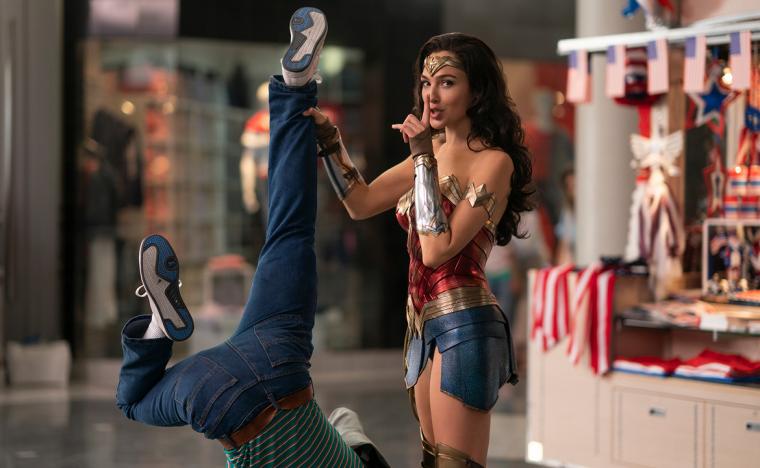 There might be a perfectly valid, comic-book-related reason for this that I neither know about nor particularly care about. But seriously: Why, in director Patty Jenkins' sequel to her 2017 smash, are we watching a Wonder Woman adventure set in the mid-'80s?

Being an ageless Amazon, of course, the superhero disguised as anthropologist Diana Prince can exist in any post-World War I period and still look exactly like her portrayer Gal Gadot, and I do understand that positioning a world-saving mission in the middle of the Reagan era explains why our lead doesn't ask for assistance from Henry Cavill's Superman or Ben Affleck's Batman. Based on Wonder Woman 1984, though, the setting doesn't add anything beyond presumed kitsch appeal: Look at all those silly rolled-up sleeves! And fanny packs! And shopping malls without a single Starbucks! And while it's bad enough that nothing of decade-appropriate historic or cultural significance has the slightest bearing on this new film's tinny plot, isn't there something a little, shall we say, less-than-enlightened about Wonder Woman's ultimate morality crisis considering it stems from our heroine carrying a torch for the same guy for 65 years? Diana Prince bid a teary adieu to Chris Pine's pilot Steve Trevor right before WWI ended. There wasn't even one dude around to capture this formidable woman's romantic attention until the debut of The Cosby Show?!

I'm tempted to say that the best thing about Jenkins' followup – currently playing at the Davenport cineplex and streaming on HBO Max – is that it finally opened given all those pandemic-caused delays, as I'm pretty sure I've been seeing trailers for this thing since Thanksgiving weekend in 2019. (If you attend a Davenport screening, you'll still be seeing a trailer for it, as one is employed for the pre-show commercial extolling the big-screen benefits of Cinemark.) There are, however, a few additional perks. One is the prelude set in Diana's childhood home of Themyscira – an entertaining, exuberant athletic competition that's like the whole of the Summer Olympics squeezed into a tidy, 10-minute package (and a sequence that makes you wish the entire movie were set in this Amazonian landscape). There's a Spider-Man-esque thrill to watching Wonder Woman sail through the air using her golden lasso as an upgraded web-slinger. And Kristen Wiig does what she can with her initially mousy, eventually feral gemologist Barbara Minerva. She's too reminiscent of Michelle Pfeiffer's Selina “Catwoman” Kyle in Batman Returns and the climactic CGI makes Barbara look like she's ready to launch into a hearty chorus of “Jellicle Cats,” but Wiig at least lends the role an amusing comic intensity that's otherwise lacking.

But the “Monkey's Paw” narrative is lame beyond belief, the wish-fulfillment return of Pine's Trevor merely feels like a calculated box-office decision/contractual obligation, and far too much of the movie's ridiculously bloated two-and-a-half-hour running length is devoted to the generic megalomania of Pedro Pascal's über-villain Max Lord; Pascal hams up a storm and is still the least interesting person on-screen. Nothing about Wonder Woman 1984 comes off as essential or in any way contributes to its leading character's growth or the franchise's world-building expansion, and the dully rote action scenes feel like filler within a comic-book outing that's nothing but filler. It's maybe worth noting that 1984 gave us Ghostbusters, Gremlins, The Karate Kid, Indiana Jones & the Temple of Doom, This Is Spinal Tap, Amadeus, Romancing the Stone, Beverly Hills Cop, Sixteen Candles, Splash … . Even 36 years ago, WW84 would have been boring in comparison. 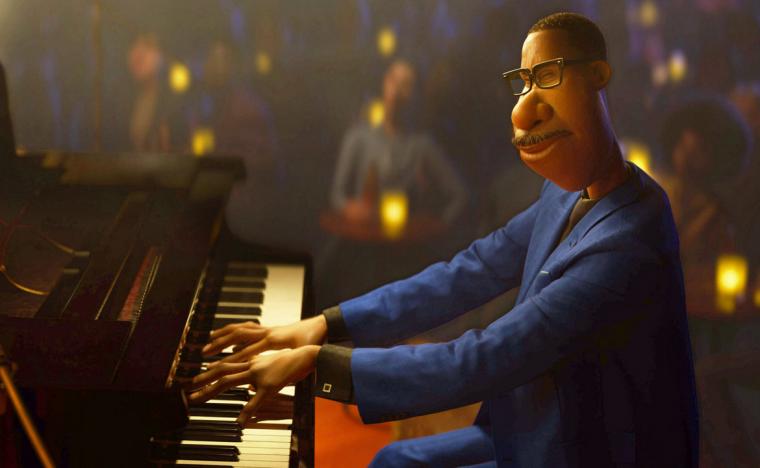 Considering how many sequels the studio has lobbed at us over the past 10 years, an original Pixar outing is nothing to sniff at, and I really did have a good time at directors Pete Docter's and Kemp Powers' Soul, the tale of an up-and-coming jazz musician (Jamie Foxx's Joe Gardner) who dies on the same day that his career potentially explodes, and is determined to be reunited with his body after entering the afterlife. (Originally scheduled for theatrical release earlier in the year, Soul debuted on Disney+ on Christmas Day.) The animation, particularly in the film's realistically rendered New York locales, is traditionally gorgeous; the music – jazz compositions by Jon Batiste, score by Trent Reznor and Atticus Ross – is superb; the narrative twists are copious. (Kudos to the advertising team that has carefully kept details of the film's soul-swapping plotting a secret.) But while I don't want to be a Grinch about things, I was still largely and rather strangely underwhelmed by Pixar's latest stop-and-smell-the-roses adventure; it's an animated smoothie that blends Ratatouille, Inside Out, Coco, and other titles yet never quite acquires a taste of its own.

As that description suggests, part of my issues with the film might simply lie in its familiarity, even though it's certainly novel, and incredibly overdue, that Pixar has finally devoted a movie to a (mostly) human landscape populated almost entirely by African-American characters. But in the case of Soul, that, too, proves problematic, because while you'd rightfully expect the story to hinge on the experiences of Joe, it's also too much about the experiences of 22, a talkative, exasperating afterlife figure who learns just as many – if not more – life lessons and speaks in the chatterbox voice of Tina Fey. (Given the recent heat Fey took for 30 Rock's racial attitudes and blackface routines, this might not be the right time for her to be stealing Jamie Foxx's on-screen thunder.) Fey's practiced sitcom rhythms also seem glaringly out-of-sync with the actual vocal performances delivered by Foxx, Daveed Diggs, Angela Bassett, Questlove, and additional talents, leaving me dry-eyed when I should have been my usual Pixar-ian blubbery wreck. And I couldn't help noticing that while Soul's comedic diversions are frequently inspired, the dialogue itself isn't; this might be the first time I've laughed at Pixar's set-ups but not at the punchlines. If you have access to Disney+, Pixar's latest is definitely worth a watch. If you don't, though, and are consequently forced to wait for the movie's home-video debut, don't sweat it. Successively binge-watch a few other Pixars and you'll get the gist … as well as, for my money, far heartier doses of sobbing and giggling than you'll get from Soul.

For reviews of News of the World and Promising Young Woman, visit “One Good Guy and Lots of Really Bad Ones.”