They're as Mad as Hell, and They're Not Gonna Take This Anymore: Great Movies for When You're Feeling Angry 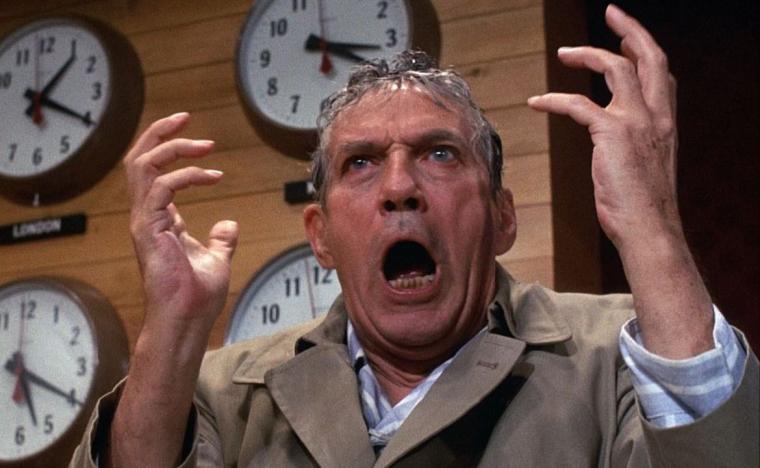 They're everywhere these days. They always have been, of course. But in this period of social-distancing, with most of our encounters with other humans taking place through screens, they're somehow easier to recognize. They're in our newsfeeds and social-media scrolls. They're in TV- and online-news reports. They're us, every time we crave evenings of interaction with friends and family that don't require face masks and a six-feet-apart separation. And as a rule, the “they” – truly angry people – are no fun at all to be around.

Truly angry fictional people, though? They can be a blast.

As the filmographies of Scorsese and Tarantino and Guy Ritchie and others can attest, sometimes nothing in movies beats the sights and sounds of characters absolutely losing their shit. So what follows are five of my favorites from the 1970s and '80s that give me the pleasure of being riveted by others' anger when I'm feeling some myself and want to dispel it without throwing a public fit or composing an online treatise on the subject. The latter of which I suppose I'm doing right now. Damn it. 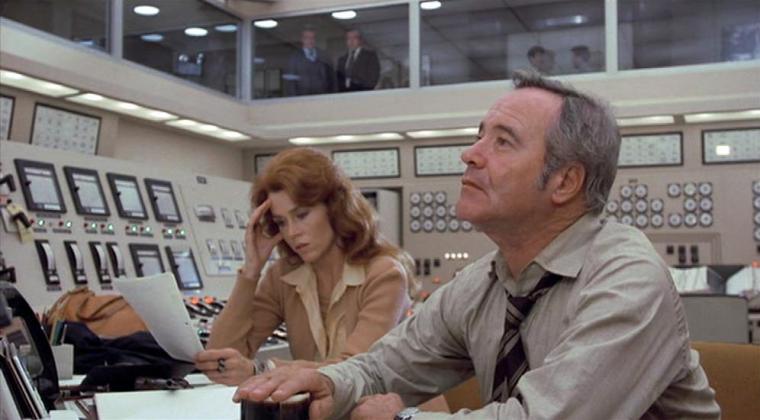 The China Syndrome: To this day, I'm not sure how I pulled this off. But in March of 1979, when I was 10, I convinced my parents to drop me off at the movies for this dramatic thriller involving an accident at a nuclear-power plant – a near-meltdown that's covered up until a desperate shift supervisor takes matters, and a gun, into his own hands. For a kid whose solo cineplex visits, at that time, leaned toward The Apple Dumpling Gang and its ilk, this was a major coup for a nascent film nerd, and director James Bridges' release was just as scary and intense as its trailers suggested. What I recall most, however, was how I'd never before witnessed grown-up rage like this: Jack Lemmon's, when his employers stubbornly refuse to alert the media to the plant's dangers; Jane Fonda's, when her bosses insist that the TV-news reporter only cover puff pieces; Michael Douglas', when his cameraman is made persona non grata for investigating the biggest story of his life, and perhaps everyone's life. With only occasional exceptions, there isn't much shouting in The China Syndrome, and the mostly muted conversation is complemented by the complete absence of a musical score. (The better to hear our own heartbeats, I suppose.) Yet the exchanges still grow as heated as the nuclear plant's water-deprived core, and if you don't necessarily feel safe at the end, you're at least grateful knowing that brave souls occasionally fight to keep us that way. Best enjoyed when you're angry at (1) those who make more money than you and consequently think they're smarter than you; (2) those who value shareholder profits over public awareness; and (3) Michael Douglas, for always having better hair – even now, at age 75 – than you've ever had in your life. 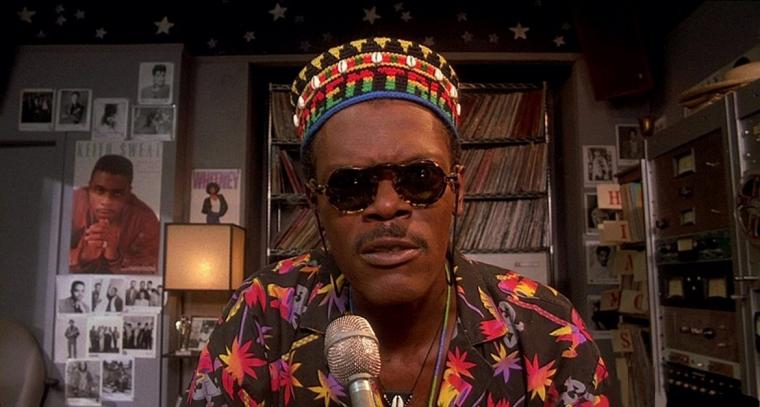 Do the Right Thing: You're probably not shocked to see this title listed, given that Spike Lee's masterpiece is justifiably known as among the most justifiably angry works of 20th-century cinema. Yet when friends and I, during a 1989 summer-vacation trip, caught the film in a packed Hollywood Boulevard theater with a primarily African-American audience, the mood in that venue was one of almost delirious joy – the kind we experience when we finally feel not merely seen, but understood. Set in a lower-middle-class Brooklyn neighborhood on the hottest day of the year, and an exhilarating exploration of race relations and temperatures (both environmental and emotional) passing their boiling points, Do the Right Thing might be the most purely alive movie of its decade. Its figuratively rising blood pressure is consistently evident in Lee's gloriously verbose script, cinematographer Ernest Dickerson's remarkable color schemes, and the exquisite cast led by Lee, Danny Aiello, John Turturro, Giancarlo Esposito, the late and great Bill Nunn, the debuting Rosie Perez, and married actors and civil-rights icons Ossie Davis and Ruby Dee. And in equal measures, the movie is hysterical and heartrending and terrifying and melancholic and cathartic, with neither its fury nor reason more evident than in the horrifically hilarious montage of racial epithets followed by these words of wisdom delivered, directly to the camera, by Samuel L. Jackson's DJ Señor Love Daddy: “Time out! Time! Out! Y'all take a chill! You need to cool that shit out!” And that's the double-truth, Ruth. Best enjoyed when you're angry at (1) Mother Nature, because why on earth does summer have to be this hot … ?; (2) anyone who uses even minor positions of power to unkind or cruel advantage; and (3) that idiot who bumped into you, scuffed your new shoes, and didn't even notice. Those were Air Jordans! 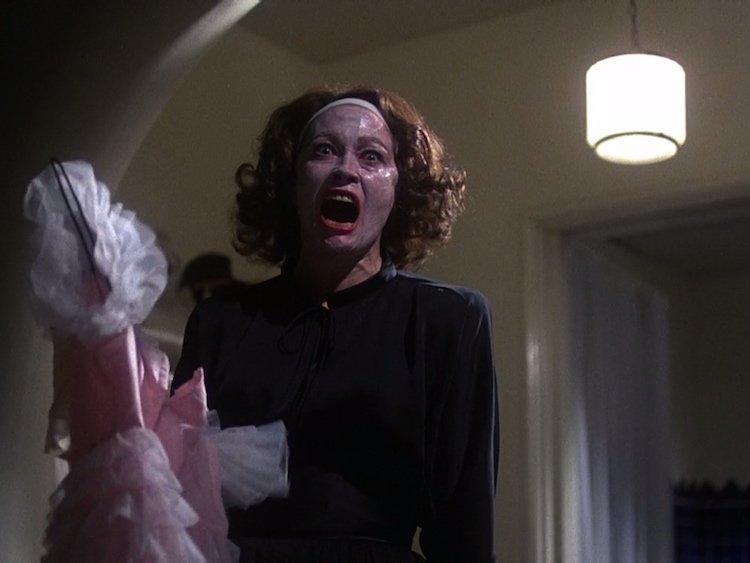 Mommie Dearest: Sure, this poisoned-pen letter to Hollywood legend Joan Crawford – an adaptation of daughter Christina's bestselling memoir – is kitschy as all get-out, and not for nothing does the DVD of director Frank Perry's camp classic come with audio commentary by John Waters. But amidst all the tackiness and broadness and meant-to-be-dramatic lines that leave you helpless with giggles, you have to ask yourself: Has anyone on-screen ever gone further into the depths of uncontrollable wrath the way Faye Dunaway does here? Dunaway's Crawford is pissed about everything: her declining popularity and increased irrelevance; her unsupportive lovers; her unfair firing at MGM; her sexist treatment by the Pepsi board; her maid's inability to properly scrub a floor. (“I'm not mad at you, I'm mad at the dirt.”) Most especially, she's pissed at Christina, who, as played by Mara Hobel as a child and Diana Scarwid as a young woman, knows exactly which buttons to press to successfully get under her mother's skin. And while it's easy to make snarky references to “No! Wire! Hangers! Ever-r-r-r!!!”, Dunaway's unhinged bravura isn't the least bit funny; you really feel as though, if she thought she could successfully get away with it, Joan would murder this child. That doesn't make Mommie Dearest a comfortable viewing experience. But it helps make it a fascinating one, and maybe the ideal movie to watch when you feel your own ire hitting uncontainable levels. Dunaway goes there so we don't have to. Best enjoyed when you're angry at (1) Father Time, because why on earth do you have to get old … ? (2) your kids, who can't understand that everything you do is for Their Benefit; and (3) yourself, whenever you feel like the worst parent on Earth. As Mommie Dearest reminds us, there's always someone worse. 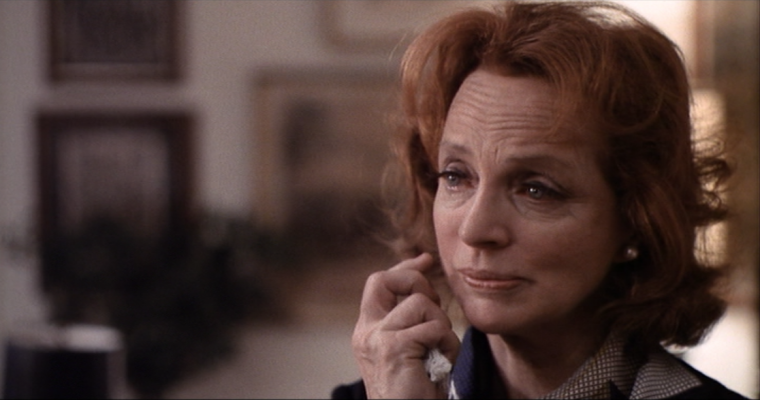 Network: Even if you've never seen the movie, you know the scene, right? The one with disturbed news anchor Howard Beale, sopping wet in his raincoat and pajamas, interrupting a live broadcast to insist that viewers open their windows and yell “I'm as mad as hell, and I'm not gonna take this anymore!”? It's the ne plus ultra of cinematic fury, thrillingly acted and written by respective Oscar winners Peter Finch and Paddy Chayefsky, and it certainly must've felt incendiary to 1976 audiences. It still does, and I've happily returned to director Sidney Lumet's rabble-rousing corporate-media satire many times over the past three decades. Yet what makes the scene, and the film, increasingly discomforting is the staggering prescience of it all, given that we're now living Chayefsky's nightmare scenario on a daily basis. There's currently (probably forevermore) so much media-fueled hostility surrounding us that Network almost feels like a charming throwback to a more innocent time in which there was only one news outlet devoted to catering to our basest hatreds and fears. Beale, in his “Mad Prophet of the Airwaves” routine, has a specific litany of things to be incensed about. Nowadays, however, for so many, that list is so long that it's no longer even a list – it's just life. Lumet's film truly comprehends the seething resentments of those who feel routinely lied to and the avarice of those born to take advantage of those feelings, and it may sound unbearably depressing. It's actually two hours of sophisticated, liberating, entertaining-as-hell release, even funnier than it is frightening. And it's awfully frightening. Best enjoyed when you're angry at (1) the media; (2) people who are angry at the media; and (3) people who are angry at people who are angry at the media. (We could do this all day.) 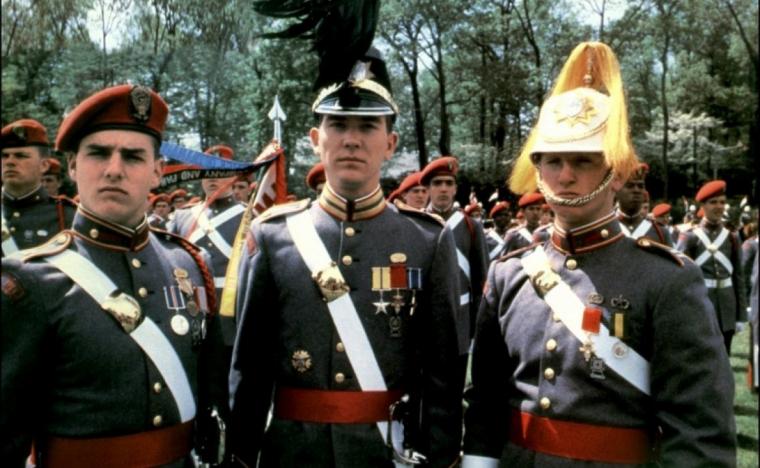 Taps: I've auditioned for only one major motion picture in my life. It was 1980, about two weeks before my twelfth birthday, and I joined several hundred others in Chicago for a cattle call for a film about heavily armed students taking over their military school by force. After making it through two initial cuts based solely on appearance, my actual reading didn't go so well, and I left embarrassed and a little angry. (Couldn't they see how special I was?!) But then I saw the finished product in December of 1981 and realized that director Harold Becker was right not to cast me, because no way was I talented enough, or mature enough, to believably share a screen with the alternately simmering and explosive presences of Timothy Hutton, George C. Scott, and, in his movie debut, Sean Penn. A deeply unsettling “parents just don't understand” melodrama released years before Will Smith made that his theme song, Taps dug at the tragic impotence of youths given no say in the direction of their futures. And from Scott's vehemence at losing his school to “goddamned condominiums” to the climactic machine-gun assault, Becker's outing isn't just pissed, but heartbroken – a solid, moving reminder that violent rage is oftentimes a mask for unbearable sadness. Oh yeah: Tom Cruise is in the film, too. He's not that great. So at least that cheers me up a bit. Best enjoyed when you're angry at (1) area developers, for tearing down some beloved institution or landmark from your youth; (2) your parents, for demanding that you act like an adult while treating you like a child; and (3) 11-year-old you, because if you had nailed that Taps audition, you might've become just as famous as Sean Penn. Granted, that one's personal. But it still burns.