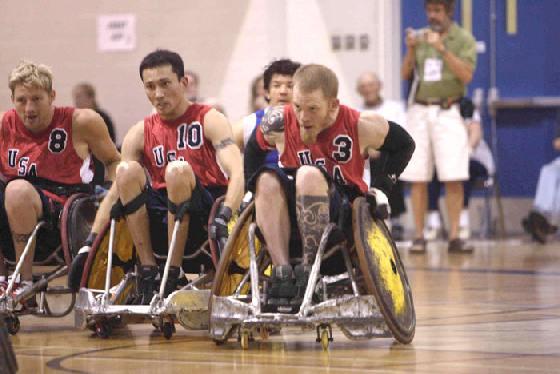 My annual challenge in composing a list of the year's best movies almost never lies in deciding what to list. It lies in deciding when to list. As every movie fan knows, film studios - both majors and independents - generally unleash their most prominent Academy Award hopefuls (and, oftentimes, most interesting works) at the end of December, giving these films their best chance at being remembered, and potentially embraced, by the notoriously forgetful Academy.

Not around here, though. Many of 2005's most intriguing titles are ones that we (probably) won't be seeing until 2006: Brokeback Mountain, Match Point, The New World, Mrs. Henderson Presents, Transamerica, and Capote (which I was fortunate enough to see outside of our area ... see number nine below). And that doesn't include such already accoladed works as The Squid & the Whale, Junebug, Grizzly Man, Down to the Bone, or 2046, none of which we're likely to see on Quad Cities screens at all.

So, for this particular Midwestern film critic, a quandary arises: present an incomplete year-end wrap-up before some of the year's most acclaimed works reach our screens, or compose a more detailed one months after said wrap-up would be relevant. (This is a continuing quandary, by the way: Three of the last four Oscar winners for Best Picture - Million Dollar Baby, Chicago, and A Beautiful Mind - were all released locally after my year-end recap hit print.) Theoretically, the best time for me to print a "Best of 2005" analysis would be in December of 2006, but in lieu of that ... .

1) MURDERBALL - Forget, for a moment, that Murderball is a documentary. Forget that it focuses on quadriplegic rugby players. Forget, even, how legitimately inspiring (a word its participants would hate) it is to watch Mark Zupan, Joe Soares, and company as they embrace life with a gusto that would put most able-bodied individuals to shame. What directors Henry Alex Rubin and Dana Adam Shapiro have fashioned here - culled from some 400 hours of footage - is nothing less than the most exciting, emotionally overwhelming, unapologetically entertaining movie of the year, an achievement all the more amazing for being so accidental. How could Rubin and Shapiro have predicted that the grudge matches between the American and Canadian teams would turn into such nail-biters? That the relationship between the vitriolic Soares and his sensitive, violin-playing son would - especially after Soares' shocking, mid-film heart attack - reveal itself to be so richly textured? That the experiences of newly paralyzed Keith Cavill would enmesh so perfectly with Zupan's emergence as a spokesperson? Scene for scene, you simply can't believe the astonishing footage the filmmakers stumbled upon, but the movie is also an artistic triumph - Rubin and Shapiro have shaped their material so it has the penetrating insight of the best dramas and the raucous high spirits of the best comedies, and it's perhaps the greatest sports movie I've yet seen. (In the film's final, Paralympic confrontation between the Americans and Canadians, you find yourself not wanting either side to lose - has any sports flick ever engaged your emotions, and your allegiances, so completely?) In a year of sensational docs, Murderball stands head and shoulders above the rest, but it also trumps 2005's fictional works; now that the film is on DVD, don't even think about missing it.

2) WALLACE & GROMIT: THE CURSE OF THE WERE-RABBIT - We were denied a new animated release by Pixar this year, but thanks to Nick Park's extraordinarily funny and clever claymation endeavor, no one noticed the loss. Working with co-director Steve Box, Park expanded the world of his ever-delightful short-film characters with gut-busting panache; the film is a veritable onslaught of verbal and visual imagination, so imaginative in its parody of monster-movie clichés and so endlessly quotable that you want to have the whole film committed to memory. I laughed so hard at this movie the first time around that I went back and saw it again, and - if it's possible - wound up laughing even harder. Bonus points for the creation of Reverend Clement Hedges (voiced by Nicholas Smith), the movie year's most hysterical character in either animated or live-action form.

3) CRASH - Rarely has anger elicited such exhilaration. Paul Haggis' ensemble drama - which follows nearly two dozen L.A. inhabitants as they search for meaning and connection in an uncertain, hostile world - vibrates with resentment and barely concealed loathing, yet through Haggis' inspired, open-hearted direction (at least three sequences here are instant classics) and the sublime script he co-penned with Bobby Moresco, the characters' acrimony becomes, for the audience, cause for celebration. As enacted by a cast whose portrayals are above and beyond expectation - Don Cheadle, Matt Dillon, Terrence Howard, Sandra Bullock, Ryan Phillippe, Thandie Newton, and Brendan Fraser among them - Crash is the most soulful and electrifying fiction of the year; a movie that keeps you both on the edge of your seat and on the verge of tears is one to be treasured.

4) GOOD NIGHT, & GOOD LUCK. - An unapologetic love letter to the liberal media, and in its small-scale way, just about perfect. Director/co-screenwriter George Clooney's take on the on-air battles between Edward R. Murrow (the masterful David Strathairn) and Senator Joe McCarthy is filled with wit and rueful good humor - the biggest shock of the film lies in how entertaining it is - and all the more impressive for its delicate balancing act; the movie is left-leaning without being pompous, quiet without being somber, mournful without being defeatist, and provocative without being melodramatic. Gorgeously shot in black-and-white by Robert Elswit, Good Night also boasts the class-act cast of the year, finding room in its tight 90 minutes for Robert Downey Jr., Patricia Clarkson, Frank Langella, Ray Wise, Jeff Daniels, and Clooney himself, all of whom are marvelous.

5) HAPPY ENDINGS - Crash with a smiley face. Well, a smiley-through-tears face. Buoyed by writer/director Don Roos' splendid dialogue, a thrilling narrative conceit, and astonishing-across-the-board performances by the likes of Lisa Kudrow, Maggie Gyllenhaal (who, in a perfect world, would be lining up a date for the Oscars right about now), Bobby Cannavale, Laura Dern, Jason Ritter, and Tom Arnold, this ensemble-driven dramatic comedy is so truthful about human experience, so touching about human limitations, and so honest about how sexuality affects our decision-making processes that it can turn you into an emotional wreck while it's making you laugh out loud. The movie slipped out of theatres with barely a whisper, and deserves a huge following on DVD.

6) ENRON: THE SMARTEST GUYS IN THE ROOM - Director Alex Gibney's exposé, a thriller in the guise of a documentary, succeeds spectacularly at making an unimaginably complex tale not only lucid, but riveting, frightening, and even moving. The film grows darker and more sinister as it progresses, and it's packed to brimming with unforgettable sights and sounds; just try not to shiver when listening to the Enron traders roaring with laughter over the California fires and blackouts that were, indirectly, making them a fortune. Gibney amasses his footage with devastating clarity and momentum, and makes Kenneth Lay and Jeff Skilling - both in contention with Joe McCarthy for Movie Villain of the Year - the most human of monsters. No small feat, that.

7) PRIDE & PREJUDICE - Director Joe Wright would have delighted audiences had he merely presented us with a handsomely rendered, well-cast adaptation of Jane Austen's classic, and he has certainly accomplished that; Rowan Osin's cinematography is stunningly graceful, the film's design is intoxicating, and Keira Knightley - giving her subtlest, most mature performance yet - leads a formidable cast that includes Matthew Macfadyen, Brenda Blethyn, Rosamund Pike, Jena Malone, and Donald Sutherland. But Wright keeps the light comedy intact while lending the material far more emotional resonance that we might have expected - everything done or said carries the welcome weight of reality - and the results are almost blissfully assured. A great film adaptation of a great novel - how often are we treated to that?

8) THE ARISTOCRATS - So which comedians, when presenting their renditions of the world's worst joke, made you weep with laughter? Sarah Silverman, who delivers her dirty reverie with dementedly nostalgic deadpan? Dick and Tommy Smothers, cleverly formatting the gag to fit snugly within their familial banter? Gilbert Gottfried, whose torrent of obscenity would be appalling if it weren't delivered with such fiendish relish? My personal fave was Martin Mull's sweetly apologetic take - "But first ... the Aristocrats!" - but no matter who got you laughing, Paul Provenza's documentary was a fascinating look at the creation of a comic sensibility; the talents involved blast off onto such exquisitely, grotesquely inventive tangents that The Aristocrats might stand as the most unpredictable one-joke movie ever made.

9) CAPOTE - Like 2004's Kinsey, which made this list last year without benefit of an area release, I caught Bennett Miller's elegant and haunting drama - which details author Truman Capote's struggle in writing the historic In Cold Blood - in the Chicago area over the Thanksgiving weekend, yet am including it here for three reasons: (1) to briefly rave about this fiercely intelligent and gripping work - one of the most trenchant analyses of a writer's process that I've yet seen - and its piercing script by actor Dan Futterman; (2) to encourage discerning audiences to either seek out its release immediately or begin pestering area theatres for its immediate booking; and (3) to state that Philip Seymour Hoffman - the greatest actor of his generation - gives a performance as Capote that is beyond mere impersonation; it's something more akin to alchemy.

10) THE 40-YEAR-OLD VIRGIN - There are enough crude, hilarious sequences here to satisfy everyone's inner frat guy, yet director/co-writer Judd Apatow and star Steve Carell invest this summertime hit with incredible sweetness and far more empathy than its genre usually allows; the movie is sly, surprisingly tender, and hysterically funny. The film has a geniality and lightness of spirit that's perfectly in-sync with the relaxed, happy performances of Catherine Keener, Paul Rudd, Romany Malco, Seth Rogen, and Jane Lynch, and enough can't be said about Carell, in a portrayal that allows both the comic and the actor to explode - this might go down as a legendary comic performance. Virgin and Wallace & Gromit were the only 2005 releases I wound up seeing on the big screen twice - and both as enjoyable on the return visit as on the first.

The 10 Runners-Up to Those Runners-Up: The Ballad of Jack & Rose, Broken Flowers, Fever Pitch, The Hitchhiker's Guide to the Galaxy, Hustle & Flow, Jarhead, Kung Fu Hustle, Madagascar, The Upside of Anger, Walk the Line.

Movies I Skipped ... and Feel No Guilt About Skipping: Are We There Yet?, Guess Who, The Honeymooners, The Legend of Zorro, Man of the House, Miss Congeniality 2: Armed & Fabulous, Monster-in-Law, Son of the Mask, Yours, Mine, & Ours, Zathura.

Hit That Nobody You Know Saw (tie): Chicken Little and Robots.

Biggest Hit That Nobody You Know Liked: The Pacifier.

Fervent Hopes for 2006: that Brokeback Mountain is as good as is rumored; that Match Point is indeed Woody Allen's return to greatness; that Terrence Malick's sure-to-be-beautiful-and-sure-to-be-really-slow The New World doesn't put me to sleep; and that Christopher Guest's new improvisational comedy, For Your Consideration, continues his Waiting for Guffman/Best in Show/A Mighty Wind streak. It's time for the mass audience to get hip to the fact that no one - no one - is making better American comedies than Christopher Guest.