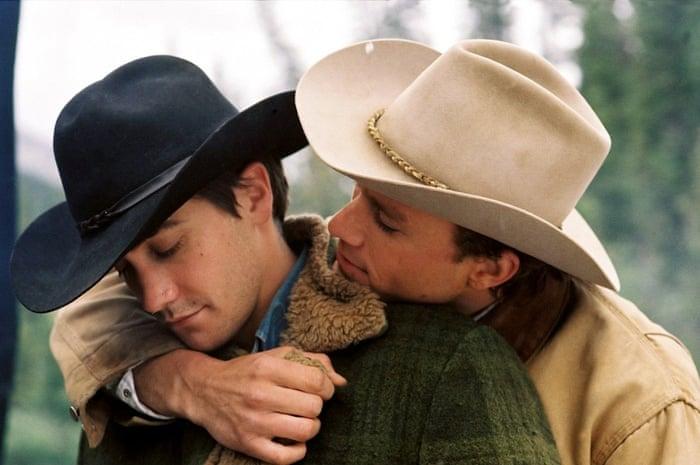 The following are the nominees for the 2006 Academy Awards telecast, scheduled to air on ABC affiliate WQAD-TV at 7 p.m. on Sunday, March 5. (Note: Boldface denotes Mike's projected winner in each category.)

Crash wouldn't surprise me; no film's selection would bother me. Yet the anticipated Brokeback-lash never happened, and the film is the biggest box-office hit among the nominees here, which never hurts a film's Best Picture odds. It also happens to deserve the prize. That doesn't hurt, either.

A lock. Bet the mortgage. Bet the children.

Ledger could sneak a win, and it would be a deserved one, but Truman Capote is the role of Hoffman's life, and everyone seems to know it.

And at your Oscar party, you are allowed to slug anyone who starts singing the victor's name to the tune of "Edelweis."

William Hurt, A History of Violence

Because it's a serious field of Oscar contenders, and we're gonna need a funny speech. Of course, Giamatti's would be pretty amusing, too... .

The Squid & the Whale, Noah Baumbach

Ah, the screenplay categories, where the year's second-best pictures - and often more deserving ones - finally get some love. (Think Sideways, Lost in Translation, Traffic, L.A. Confidential, Fargo, Pulp Fiction, The Piano... need I continue?) So it's Crash vs. Good Luck for this prize, and Haggis (who wrote last year's Million Dollar Baby yet did not receive a Best Screenplay Oscar) and Moresco look pretty unstoppable.

A History of Violence, Josh Olson

If McMurtry and Ossana don't win this, all bets are off for the rest of the night.

I haven't seen any of them, so what the hell do I know? Only that the Paradise Now reviews are great. And the film won this category at the Golden Globes. And the subject matter is timely. And Palestine has never had a film nominated in this category before, which seems like a slight. Well, look at that. I guess I do know some stuff... .

Wallace & Gromit: The Curse of the Were-Rabbit

Memoirs of a Geisha, Dion Beebe

I feel really unsure about this one, but we don't have a Braveheart-y, Titanic-y epic in the race this time, and those Wyoming landscapes are gorgeous; if you can't vote with Scale in this category, always vote with Pretty.

Memoirs of a Geisha, John Williams

Again, I'm probably going with my heart over my head on this one; the safe money is on Iglesias for Gardener or Williams for Memoirs. But in an unusually subtle race this year - and that's with two John Williams entries! - I'll again back Brokeback, as Santaolalla's plaintive guitar chords linger in the memory nearly as much as Lee's images do.

Crash, "In the Deep," by Kathleen "Bird" York & Michael Becker

Hustle & Flow, "It's Hard Out Here for a Pimp," by Jordan Houston, Cedric Coleman, and Paul Beauregard

Transamerica, "Travelin' Thru," by Dolly Parton

I bet Dolly's speech would be almost as entertaining as Clooney's inevitably will be, but "In the Deep" had true contextual impact, and I'm guessing voters - leaning toward Brokeback in the Picture and Director categories - will also want to load Crash up with as many other Oscars as they can.

Enron: The Smartest Guys in the Room

March of the Penguins

And you thought Reese would be the night's cutest winner.

Harry Potter & the Goblet of Fire

I hate Memoirs of a Geisha. Freakin' hate it. It's destined to win something.

I'm afraid it's gonna win this one, too. Sari.

Did you know this was the first of the six Star Wars films where the visual effects weren't cited? I'm predicting a consolation win in this category instead, but still... ouch. The movie wasn't that bad... .

... and considering they found room for the shaky Narnia effects... . Of the three choices here, I'm actually rooting for the War of the Worlds guys, but until human actors start performing with the wit and realism of Peter Jackson's CGI creations, his movies will always reign in this category.

The other nominees are certainly louder, but Chicago won this, and Ray won this, so I'm guessing that musicals have an edge here.

Flip a coin. I mean, flip a weird, three-sided coin. Mine came up War of the Worlds.

The Death of Kevin Carter: Casualty of the Bang Bang Club

A Note of Triumph: The Golden Age of Norman Corwin

Our Time Is Up

To the eventual winner in this category: Congratulations, but after I hear your name announced, I won't be listening to your speech. I will be refreshing my drink. Nothing personal.

The Moon and the Son: An Imagined Conversation