The Movies of 2001: An Incomplete Wrap-Up 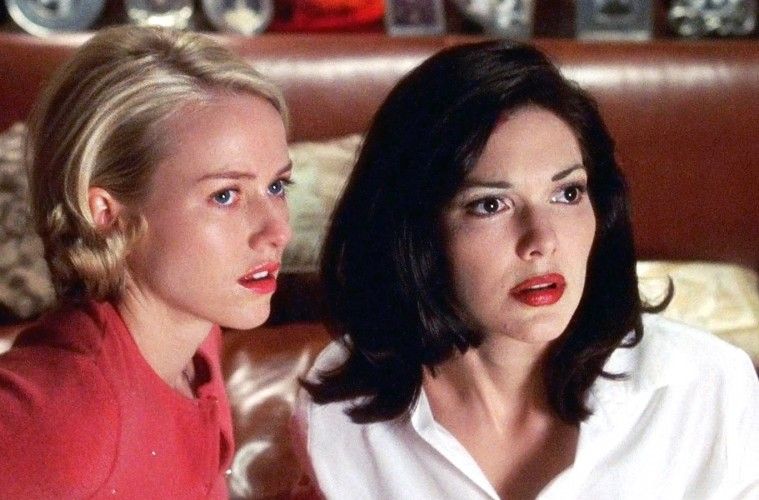 Compiling a cinematic Best of the Year list is always tricky business when the article is due before Christmas and you live outside of New York, L.A., and Chicago; while national critics are extolling the merits of Lord of the Rings, Ali, and Black Hawk Down, I find myself thinking, "Hmmm . .. The Fast & The Furious wasn't that bad, was it?" So in addition to the trio listed above, remember that I (and probably you) have yet to see the likes of A Beautiful Mind, In the Bedroom, Monster's Ball, Gosford Park, The Royal Tenenbaums, The Man Who Wasn't There, and Iris.

Now for the good news: While by no means a watershed year for cinema, 2001 did provide more than enough first-rate entertainments to make even an incomplete 10-best list pretty impressive, and for my money, the top three films on said list are all better than anything released last year.

And so, without further ado ...

1) MULHOLLAND DR.: Is it film-critic blasphemy to suggest that David Lynch's hypnotic masterpiece is the most vividly surreal dreamwork since Luis Bunuel's and Salvador Dali's Un Chien Andalou in 1928? Maybe, but I've found it absolutely impossible to get this film out of my mind. An intoxicating trip through the bowels of Hollywood, Mulholland Dr. is so elegantly constructed, so powerful in its use of image and sound, so masterfully directed in every scene that it nearly gives you the shakes (much like the unbelievably fine Naomi Watts' spasmodic attack late in the film). Even for a professed David Lynch fanatic like myself, this is an unprecedently strong, invigorating work, and even if my Bunuel and Dali analogy is wrong, it's the best film I've seen in the seven years I've worked for The Reader. It's that good.

2) MOULIN ROUGE: I've rarely left a movie theatre happier than I did upon seeing Baz Lurhmann's kaleidoscopic 1900-meets-2001 musical, even considering its tragic ending; it's a film in which everything could've gone wrong, and miraculously, everything goes right. A passionate love letter to the joys and heartbreaks of song, the film is so sincere about its naked emotionalism that it transcends corniness, and the performances of Ewan McGregor and Nicole Kidman achieve mutual splendor - the looks in their eyes tell you they're thinking of nothing but each other, and the unbridled romance of it all feels like perfection. Gorgeously designed and maintaining full-throttle kineticism throughout, it's a one-of-a-kind work of pop art. Spectacular Spectacular!

3) MEMENTO: How many times now has a friend asked you, "Have you seen Memento?", followed by, "Isn't it amazing!?" Yes, it is. Christopher Nolan's inspired thriller is a thoroughly entertaining, endlessly fascinating endeavor, powered by Guy Pearce in the year's most underrated great performance. The trickiness of the film's backwards time frame masks the fact that this is an incredibly sad tale, in which one man's dreams of vengeance can never be fulfilled and in which his whole life is an eternal loop; deconstructing the movie's mysteries, in effect, deconstructs a man's soul. Featuring the scariest movie moment of the year - "Never answer the phone" - and, in Joe Pantoliano and Carrie-Anne Moss, two of the best supporting performances.

4) STARTUP. COM: A corporate comedy that becomes a tragedy and then a comedy again, Chris Hegedus' and Jehane Noujaim's documentary is an indelibly acute portrait of big business run amok, and the most savage indictment of the dot-com era yet witnessed onscreen. Even if you don't quite grasp what it is our protagonists actually do - which is, of course, part of why so many e-businesses fail - it's impossible not to feel for Kaleil and Tom, two college buddies who find, sadly, that friendship and business don't mix. Startup.com contains a series of frighteningly intimate scenes that are as unsettling as they are humorous, and proves that, when done well, documentaries often offer more sheer entertainment than most Hollywood blockbusters.

5) JAY & SILENT BOB STRIKE BACK: You can say that it's more cinematic in-joke than movie, and I won't argue. But when the in-joke is this freakin' hysterical, who's gonna bitch? Kevin Smith took his oeuvre's peripheral stoners (the fearless Jason Mewes and Smith himself), gave them their own movie, and turned what could've been as bloated and asinine as your standard SNL feature-length spin-off into the most riotously funny work of 2001. The film would probably have made my list if it were merely hilarious, but it's also a slyly venomous assault on Hollywood - the cameos by Chris Rock, Matt Damon, and Ben Affleck are priceless - and one of the smartest film satires ever conceived. Kudos, Mr. Smith.

6) HEDWIG & THE ANGRY INCH: In a year that provided us with Moulin Rouge, you certainly wouldn't expect to see another ultra-enjoyable cinematic musical extravaganza, but here it is; John Cameron Mitchell's high-glam rock showcase is, in its smaller scale, nearly as heady and entrancing as Baz Luhrmann's film. Mitchell, who wrote and directed this off-Broadway adaptation, also gives one of the year's most shattering performances as the damaged diva suffering from a botched sex-change, and the movie's mixture of the surreal, the comic, the tragic, and even the animated is magnificently original from scene to scene, featuring 2001's second-most-wonderful score. The rare movie that makes you want to be a groupie.

7) BABY BOY: John Singleton's warts-and-all look at the infantilization of today's African-American males is a devastatingly brutal, funny, clear-eyed work, a small movie with enormous scope. The first film to truly make good on the promise of Singleton's Boyz N the Hood a decade ago, Baby Boy is filled to brimming with visual and verbal detail, and the movie's life-embracing finale, which attests to the love Singleton has for his characters, is the rare happy ending that seems utterly deserved. Ving Rhames, as a seen-it-all ex-con, towers above a troupe of sensational talents onscreen; no one paid much attention to the film in an overly crowded summer at the cineplex, but it deserves new life on video and DVD.

8) MONKEYBONE: The trailers made it look like an incoherent, overly rambunctious kiddie flick; who could've guessed that it was a subversively dark comedy about a man trying to control his erection? For those who haven't yet caught up with this cult-classic-in-the-making, Henry Selick's broad farce boasts tremendously out-there production design and, courtesy of Brendan Fraser and Chris Kattan, two of the most hysterically inspired comedic portrayals of the year. The less you know about the film in advance the better, but believe me, you haven't laughed until you've seen Kattan, as a living corpse, giving a Brendan Fraser performance at Brendan Fraser while he gives a Chris Kattan performance as a monkey ... oh, just rent it and thank me later.

9) MONSTERS, INC.: This huge hit proves that even when the Pixar team isn't quite at the top of its game, its computer-animated odysseys put everyone else's animated works to shame. Geared towards an even younger fan base than A Bug's Life or the Toy Story movies, the film is a little pokey in the middle but remains brilliantly designed, cleverly plotted, and funny as all get out. Monsters, Inc. also features a finale that's nearly as exhilirating as Spike Jonze's trip through John Malkovich's subconscious, and the movie bested the smart-alecky Shrek as 2001's best entertainment for family members of all ages. Bonus points for the computer-animated short that precedes the film, perhaps the funniest three minutes of the year.

10) THE SCORE: Ocean's Eleven has jazzier direction, Heist has more memorable dialogue, but my favorite crime-spree flick of 2001 was this enjoyable little underdog that boasted the acting triumvirate of the year: Robert De Niro, Edward Norton, and Marlon Brando, each in tip-top form. Frank Oz's film takes its cue from the movie's cool-jazz soundtrack; it's smooth, polished, absolutely confident popular moviemaking, in which the heist is only slightly less enthralling than watching those marvelous actors tear into their roles, and each other. It was even a sizeable hit in a summer dominated by the empty-headed likes of Lara Croft: Tomb Raider and Dr. Dolittle 2. Will wonders never cease?

10-Best Runners Up (alphabetically): Bridget Jones's Diary, Final Fantasy: The Spirits Within, Heist, Joy Ride, Ocean's Eleven, The Others, Planet of the Apes (really!), Snatch, With a Friend Like Harry ... , Zoolander.

Didn't Deserve Their Bad Reviews: Along Came a Spider, The Animal, The Glass House, Jeepers Creepers, K-PAX, Life as a House, The Mummy Returns, The Wedding Planner.

Most Likely To Be Considered a Masterpiece ... in 20 Years: A.I.: Artificial Intelligence.

Most Fervent Hope for the Year 2002: That next summer, in light of the tragedies our nation faced this fall, we'll be spared the constant barrage of senseless, irresponsible, appalling "thrill rides" in which filmmakers choose to blow things up just because they can. I think we could all use the break.