No Guts, No Glory: "Letters from Iwo Jima," "The Last King of Scotland," and "Pan's Labyrinth"

For devoted movie hounds, and those who enjoy getting caught up with potential Academy Award nominees, this past weekend was an embarrassment of riches, as Davenport's Showcase 53 presented the local debuts of Clint Eastwood's Letters from Iwo Jima, Kevin Macdonald's The Last King of Scotland, and Guillermo del Toro's Pan's Labyrinth. Of course, the wide(r) release of these three films makes good business sense - what better time for such specialized works to attract audiences if not the weekend after the Golden Globes and before the announcement of 2006 Oscar nominees? (Showcase 53 and Moline's Great Escape Theatre also, wisely, brought The Queen back to area screens - seriously, folks, it's so much fun! - and Great Escape re-opened Babel.)

But as both a devoted movie hound and an unrepentant Academy Awards tracker, I applaud the decision to book all three titles; though they're of varying degrees of worthiness, this much-accoladed trio offers pleasures that can't be delivered by any number of Stomp the Yards and Nights at the Museum. So thank you, Showcase 53; I'm sure I wasn't the only one who made time to catch all three movies this past weekend.

And if any future viewers, in light of Tuesday's announced Oscar lineup, are considering a similar marathon of "art" titles, a warning: Though Eastwood's, Macdonald's, and del Toro's filmmaking is often powerful - and, as such, elating - the seriousness and dread and graphic content of these three works, seen in succession, can be overwhelming. (Over two days, I saw more characters being shot in the head than any moviegoer should have to over the span of two years.) So bring with you a strong constitution. That, or a cyanide tablet. 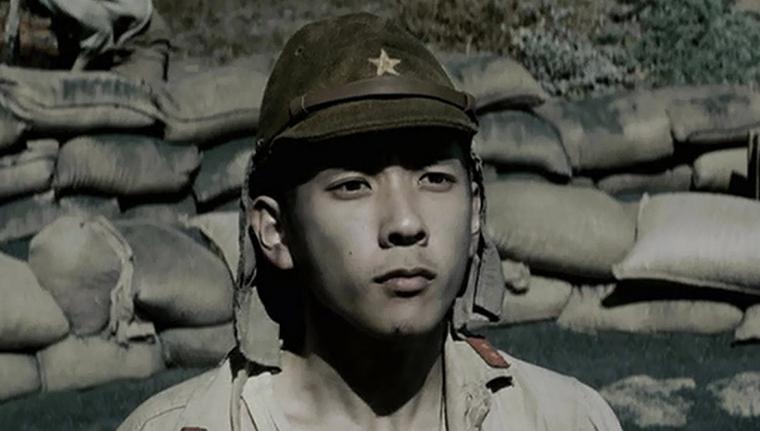 Clint Eastwood's Letters from Iwo Jima is the second half of the director's two-part World War II saga that began with Flags of Our Fathers. I open with this statement because I'm not sure that the news has quite gotten through. The film, written by Iris Yamashita, details this historic siege of the Battle for Iwo Jima from the point-of-view of the Japanese - it is nothing less than a complete reversal of the jingoistic patriotism effused (and debunked) in Flags, when the Japanese, by necessity, existed only as The Other. In Letters, we are put in the position of fully understanding The Other; the faceless Japanese attackers are given faces, and voices, and humanity of their own. (The film's dialogue is in Japanese, with English subtitles.) As a companion piece, it's a novel, even radical conceit. But without proper context - that is, without awareness that Letters is, for all intents and purposes, the second half of a 270-minute work - it's easy to see how offensive the film could be to some audiences.

At the screening I attended, it certainly was to one particular audience member who, during a scene of Americans acting unconscionably toward two captured Japanese soldiers, stormed out of the auditorium proclaiming, loudly, "What a joke. What a joke." Yet I think this lady's reaction was a testament to the strength of Eastwood's presentation; the director gets us so far into the mindset of the Japanese soldiers that it's legitimately shocking when they're treated inhumanely. The battle sequences here are spectacularly well-choreographed, but what make the movie memorable are the grace notes of personal experience: the tears that fall down a soldier's cheek upon his being ordered to commit suicide; the stunned quiet as an American G.I.'s letter to his mother is read aloud, the Japanese realizing (as we are) that the two sides are closer in temperament than was assumed; the heartbreaking resignation of the commanding officer (a superb Ken Watanabe), writing a last missive to his family.

I wish that Yamashita's script displayed the finesse of the director's visuals - it's oftentimes mired in didactic sentiment - and Eastwood embraces a few too many war-movie clichés of his own; whenever a flashback is about to begin, the camera slowly pans into the character's eyes, and slowly pans away at the reverie's conclusion. Yet Letters from Iwo Jima remains a tonally adventurous, fitfully brilliant piece - a much more sustained work than Flags of Our Fathers - and despite its flaws, it certainly deserves to be seen. THE LAST KING OF SCOTLAND

Since the film's release last fall, Forest Whitaker's performance as Ugandan dictator Idi Amin in The Last King of Scotland has received nearly unanimous critical acclaim, and I expected to be wowed by his portrayal. I was. Whitaker is astounding here; alternately jovial and terrifying, and so vocally and physically intimidating that he holds you in a constant state of breathless anxiety, Whitaker gives the sort of thrillingly multi-dimensional performance that can leave you unaccountably happy even when the screen is filled with atrocity. But what I didn't expect from The Last King of Scotland was how closely the movie itself would come to matching him. It's not a great work - while based on a true story, some of the film's plot strands feel uncomfortably movie-ish (the generic-action-flick close calls, the contrived romantic encounters) - but it's a marvelously engrossing one, and, in the person of Dr. Nicholas Garrigan, an unexpectedly subversive one. As played (exceptionally well) by James McAvoy, Garrigan - a young Scot who charms his way into Amin's inner circle - is, from the start, a bit of a prick, and so his descent into hell, with Whitaker's Amin as the snake offering the apple, is not only terrifying, but richly entertaining; as horrified as you are by Amin's unpredictability and madness, you want to see this careless, privileged doc get what's coming to him. You should see The Last King of Scotland for Whitaker's performance. You should also see it regardless of Whitaker's performance. Despite amassing a stack of related articles on Guillermo del Toro's fantastical drama Pan's Labyrinth (in Spanish with English subtitles), I scrupulously avoided reading about the film in-depth until I had actually seen it. And as the work is such a magnificently imagined, visually extraordinary, and deeply emotional experience, I'm going to perform a similar service here: The less you know about del Toro's exquisitely human mind-blower in advance, the better. Set in fascist Spain in 1944, the film concerns a young girl (the radiant Ivana Baquero) who escapes her nightmare of war-torn reality through an equally frightening - but infinitely more manageable - fairy-tale world, and del Toro's stunning achievement (like a less sentimental Life Is Beautiful) contains staggering insight into the need for fantasy. Filled with sounds and images (the elimination of a grossly oversize toad, the child-killer with eyeballs in the palms of its hands) that may prove unforgettable, the movie is a grim (and Grimm) storybook fantasy of the highest caliber; having finally seen the film, I can't wait to attack those articles. And after reading them, I can't wait to see Pan's Labyrinth again.