Pall of Justice: “Justice League” and “The Star”

Ten-year-old me would've been woozy with excitement at the prospect of a Justice League movie. Having sat through Zack Snyder's deadening Man of Steel and Batman v Superman: Dawn of Justice, nearly-50 me was just praying that the Snyder-helmed Justice League wouldn't suck. And it doesn't. But I really should've been more specific, because I forgot to also pray for this superhero saga to be good.

As an origin story for the iconic comic-book team, DC Studios' latest is a mess. It was probably an inevitable one given the movie's unfortunate production history, with Snyder, months into filming, bowing out in the wake of his daughter's tragic death, and The Avengers' Joss Whedon recruited to take over. (Whedon, credited here as co-screenwriter but not co-director, was presumably brought on to also add humor to a series increasingly in need of some.) In Justice League, it's all too easy to see where Snyder's influence ends and Whedon's begins, with the portentous heavy-handedness of the former resting uncomfortably beside the sardonic insouciance of the latter. But even if the results felt more cohesive, I'm not convinced that the movie ever would've fully worked. By this point, we're too familiar with the DC universe's Snyder-ian dourness for familiar characters – principally Ben Affleck's Batman and (yep, he's back) Henry Cavill's Superman – to be spouting Whedon-y zingers in the midst of action sequences, and the straining-for-clever quips and references sound all wrong set against the typically desaturated color palette and air of funereal doom. If DC wanted to find an appropriate artist to replace Snyder, why wasn't Suicide Squad writer/director David Ayer hired? Those of us who loathed that film may have hated what resulted, but at least we'd be hating a consistent vision. 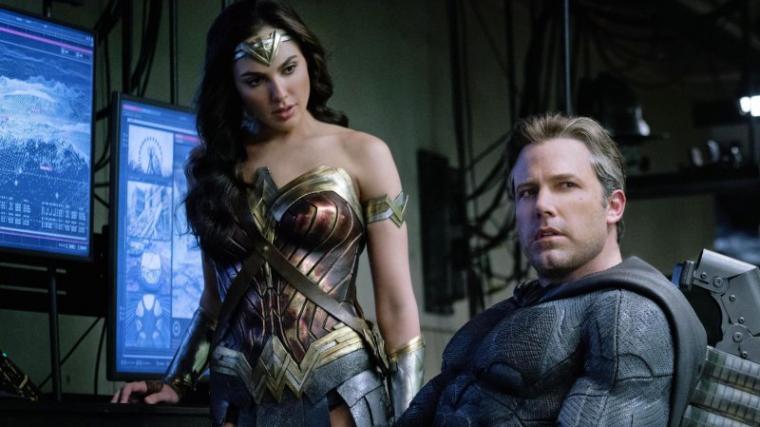 As it stands, there are too many differing moods, styles, and ideas at play – sometimes even in the scope of a single character (cough cough Aquaman! cough cough) – for the entirety of Justice League to be written off as terrible, even though God knows there are terrible elements. Everything involving the plot, for instance, would qualify, with the world-domination plans of the demigod Steppenwolf (voiced by Ciarán Hinds) just slightly more terrifying than they would've been if carried out by Steppenwolf the rock band, or Steppenwolf the Chicago-based theatre company. (This unmemorable CGI threat also sends out hordes of airborne insect-like creatures that aren't half as chilling as Margaret Hamilton's flying monkeys.) The extended opener is miserable in its uniquely Zack Snyder way, complete with endless slow-motion and copious rain and a sad-bastard acoustic cover of Leonard Cohen's “Everybody Knows.” The terminally ugly, bombastic, endless fight scenes are excellent excuses to visit the restroom or concession stand. And while they're obviously there for narrative consistency, I really wish the script had cut back on its call-backs to Diana's lost love Steve Trevor, because every mention of him merely reminded us that we weren't watching Wonder Woman instead. (Our quick, needless return to the superheroine's home island of Themyscira served only to demonstrate the magic of director Patty Jenkins' vision in relation to Snyder/Whedon's.)

But all, blessedly, was not lost. We may have never gotten a proper sense of who Aquaman is, but portrayer Jason Momoa certainly cut an intimidating figure, and the scenes in Atlantis were just visually novel enough, for the genre, to be engaging. (A question, though: If we're indeed witnessing Aquaman's first visit to the underwater kingdom here, as the dialogue suggests, where the Hell has he been living before this? I thought he was a native!) The exact nature of Cyborg's powers is oddly vague – he appears to be some kind of Transformer who's mentally hooked into every computer network on Earth – but Ray Fisher plays him with a lovely, hushed gravity, and is given significant screen time alongside a father played by Joe Morton, which is always welcome casting.

Speaking of awesome dads, Billy Crudup, for two whole scenes, plays the Flash's, and while I eventually tired of this film's jokey, gee-whiz take on the speed demon – a character who's been too nakedly designed to replicate Tom Holland's Spider-Man – Ezra Miller does employ his gifts for quick-witted irony and throwaway banter and delivers the movie's few good jokes. (The Pet Sematary nod was a nice touch, and would've been nicer if the gag weren't repeated.) And bless her, Gal Gadot is back, and handily steals the proceedings as a Wonder Woman who has no time or patience for all the silly, destructive boys' antics surrounding her; Gadot's mere presence bumps the movie's figurative I.Q. up by double digits. So, no – Justice League isn't awful. It's just wobbly and disjointed and confused, and doesn't bode at all well for the innumerable sequels and spin-offs no doubt heading our way. I never thought I'd say this, but maybe what this DC series needs more than anything is the participation of the Wonder Twins and their monkey companion. It'd be harder to be blasé with that idiot Gleek running around. 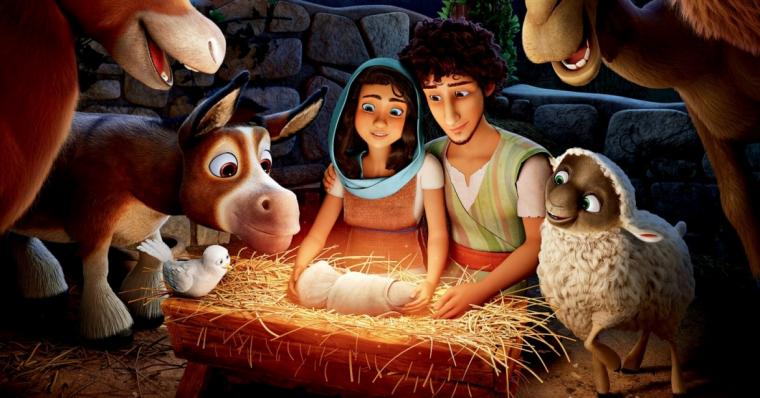 Let's assume, for the sake of argument, that you don't find anything particularly offensive or sacrilegious about The Star, an animated comedy that presents the tale of the Nativity through the eyes of a wisecracking donkey. Let's say you're totally fine with a pratfalling Joseph and a Disney-princess Mary and misinterpreted conversations involving “the King of the Shoes.” Let's say you even find something kind of endearing about the trio of squabbling camels voiced by Tyler Perry, Oprah Winfrey, and Tracy Morgan, and appreciate the in-joke casting of the Virgin Mary being voiced by TV's Jane the Virgin Gina Rodriguez. What we're still left with in director Timothy Reckart's weird and unsatisfying holiday outing is a load of halfhearted slapstick, a healthy serving of lazy sentiment, a handful of hymns sung with dirge-like lethargy, and a deeply unpleasant narrative in which Christopher Plummer's Herod sends a sword-wielding executioner to find and assassinate a woman who's nine months pregnant. The animation is perfectly fine, and there's a bit of fun to be had in the obscenely jam-packed collection of name-that-celebrity voices that includes those of Anthony Anderson, Mariah Carey, Kristin Chenoweth, Kelly Clarkson, Patricia Heaton, Gabriel Iglesias, Kris Kristofferson, Zachary Levi, and Ving Rhames. The Star still should've been excommunicated. At the movie's start, a chatty dove voiced by the inevitable Keegan-Michael Key announces, “I'm gonna go find someone to poop on.” For the next 80 minutes, I was pretty sure he chose us.

For reviews of Wonder, Mudbound, and Jim & Andy: The Great Beyond – Featuring a Very Special, Contractually Obligated Mention of Tony Clifton, visit “A Face in the Crowd.”