If You've Got 219 Hours to Spare … : A Quintet of Binge-Watch Options 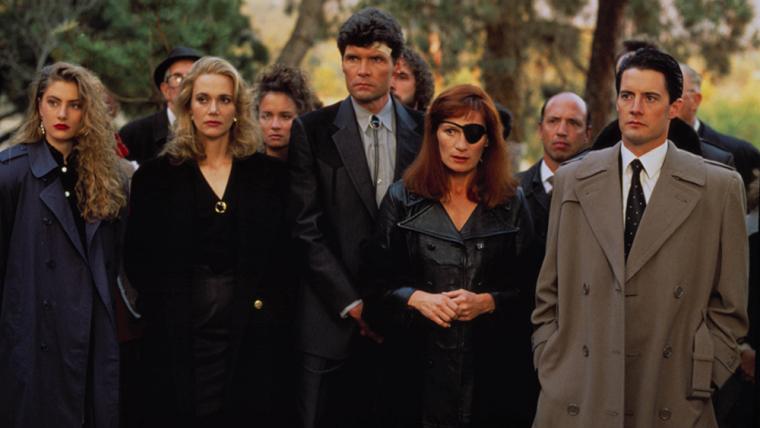 During these uncertain, unsettling times of social distancing and self-quarantining, we know what we should be doing when we need breaks from the news: Reading books. Listening to music. Exercising. Initiating and/or completing home projects. Loving each other. (Not too close!) But sometimes all we really want to do is curl up with as many episodes of binge-able TV as we can handle.

So in lieu of new movie reviews for the unforeseeable future, I'll instead be composing, every few days, some thoughts on home-viewing options that fall outside the realm of the cineplex. Whenever possible, they'll also be options not previously covered in our newly revamped Movie Review Index of more than 3,000 titles I've written about over the last 20 years. Wow … sentences like that that can really make a person want to re-examine his life choices … .

In any event, let's start with five past or current series presently streaming on Netflix that, if you let them, will each handily eat up a full sleepless day (or more) of your time … . 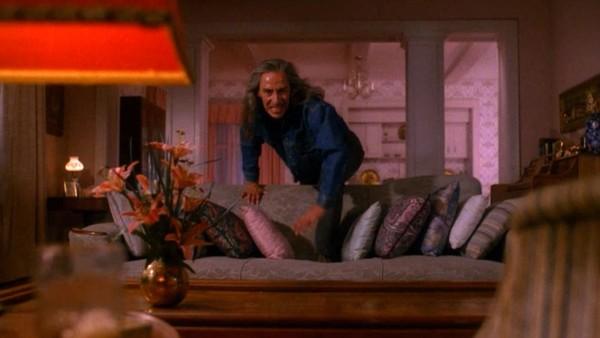 Twin Peaks (roughly 24 hours): Whether your plan was to eventually revisit David Lynch's surreal ABC soap opera or give it a try just to see what the fuss is about, you know you've been looking for an excuse. So before embarking on the 30 episodes available on Netflix, here's what you need to know. There's a two-hour pilot setting up the whole “Who killed Laura Palmer?” mystery, and it's a masterpiece. Then there are seven Season 1 episodes that are mostly great and end with a bunch of topnotch cliffhangers that, unlike we poor saps in 1990, you don't have to wait four-plus months to have resolved. Then Season 2 opens with two episodes that are darker, stranger, and more distinctly Lynch-ian in their hilarity than the first season prepped us for. Then there are four not-bad episodes continuing the slow build to the revelation of Laura's killer. Then the gut-wrenching revelation. Then a couple more not-bad episodes. Then 12 that, despite their character-based pleasures, largely suck. (Unconditionally loving a show can be so trying sometimes … .) But then it ends with the weirdest, most unsettling 45 minutes of network television ever attempted, along with, hands down, the meanest cliffhanger in TV history – one that took 26 years to resolve. Make it through all that, then view Lynch's insanely underrated 1992 film sequel Twin Peaks: Fire Walk with Me, then the 18 maddening/glorious hours of Showtime's Twin Peaks: The Return, then repeat the process endlessly … and then you'll finally be as crazy as I am. 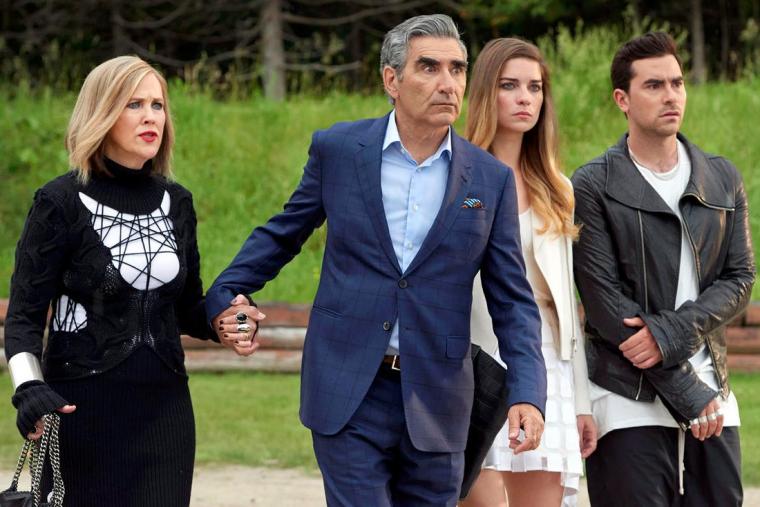 Schitt's Creek (roughly 27 hours): This Canadian wonder is currently airing its sixth and final season on Pop TV (ending April 6), and despite loving the show with all my heart, I haven't seen a single episode beyond those in Netflix's five streaming seasons. My reason is the same reason no one eats a single potato chip: It's impossible to stop at just one. I can't tell you how many hours I've whiled away, but never wasted, as two episodes turned into four turned into eight … and all stemming from a sitcom setup that, let's be honest, is just a 180-degree spin on The Beverly Hillbillies. But barring certain family members and friends, there's no one whose company I'd currently rather be in than the disgraced-and-dealing-with-it motel denizens Johnny, Moira, David, and Alexis Rose, to say nothing of Stevie, Jocelyn, Roland, Twyla, button-faced Patrick, and the rest of TV's friendliest, funniest ensemble led by international treasures Catherine O'Hara and Eugene Levy. It took a season for Schitt's Creek to find its groove, but after it did, every episode succeeded in making me laugh, and many of them made me not only cry, but ugly-cry. I'm dreading the series finale so much I can barely wait. 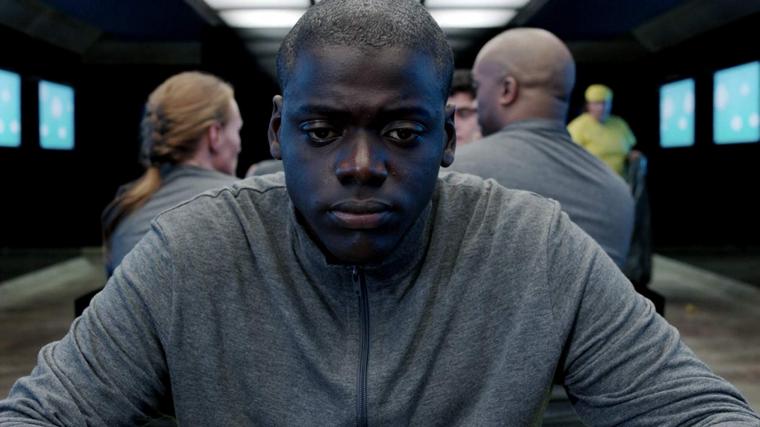 Black Mirror (roughly 30 hours): True, Charlie Brooker's sci-fi anthology series – one that began airing on England's Channel Four in 2011 before scooting to Netflix in 2016 – is hardly ever feel-good escapist fun, and especially in recent seasons, there are several bum episodes that are better left unseen. Yet at its best, this devastatingly inventive examination of future (and sometimes present) technology's occasional perks and far-more-frequent pitfalls blows your mind while remaining wholly accessible and all-too recognizable, and Brooker and his fellow creatives cross genres so nimbly that you never know whether the new Mirror you're staring into will be a comedy, a freak-out, a love story, or some unforgettable blend of all three. Among many must-sees: Series 1's “Fifteen Million Merits,” with Daniel Kaluuya forever cycling in the hopes of a better life, or at least a more vengeful one; Series 3's series masterpiece “Nosedive,” with a never-better Bryce Dallas Howard maniacally obsessing over her social-media status; Series 4's “USS Callister,” with its fiendishly nasty and clever Star Trek homage; and Series 5's “Smithereens,” which is basically an unhinged Andrew Scott for a full hour. Works for me. 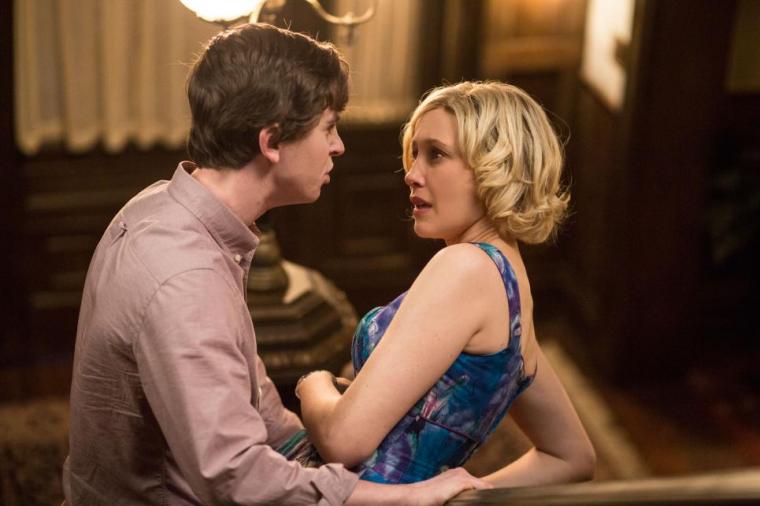 Bates Motel (roughly 38 hours): It sounded hella cheesy: A modern-day, cable-series reboot of Alfred Hitchcock's iconic horror film Psycho. It also sounded hella pointless: Why spend time with characters whose fates have already been dictated – knowing, for instance, that because Hitchcock's Norman Bates was an only child, there was no way his brother on A&E's 2013-17 dramatic thriller would ever survive? To quote the Ray Charles song, though, “You don't know me,” and it turns out we also didn't know what this 50-episode beauty was going to be: A riveting, scary, funny, soapy, icky, romantic, and deeply moving expansion/renovation of beloved source material with a thunderously fine cast led by Freddie Highmore as Norman and the incomparable Vera Farmiga as Mother. Think of it as Schitt's Creek: Nightmare Version. Hell, one episode even finds Farmiga breaking hearts with her rendition of Cabaret's “Maybe This Time” – just like Emily Hampshire does in Schitt's Creek's Season 5 finale! Add homicidal madness and Bates Motel is practically the same show! 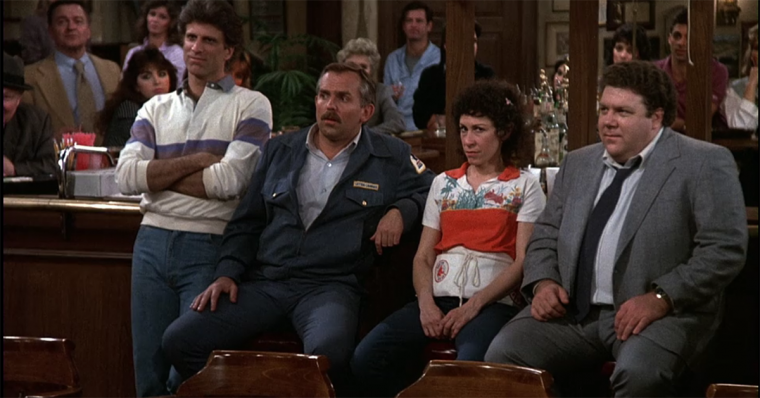 Cheers (roughly 100 hours): “Making your way in the world today / Takes everything you got / Taking a break from all your worries / Sure would help a lot … .” Nowadays, the lyrics to that theme song are almost unbearably poignant, and if you don't skip through the sitcom's opening credits, watching this 1982-93 NBC classic in its entirety means hearing those lyrics 275 times over. But multiply that number by 20 and that's about how many laughs you can expect over 11 sublime seasons. By the way, for those who consider this legendary, top-rated, Emmy-winning entry almost too obvious a choice as far as recommended binge-watches go, I would direct you to my collegiate friend who asked me just last month, “Have you seen Cheers? I just started it – it's phenomenal!” Yes, I have. Yes, it is. May all future generations discover that, too.