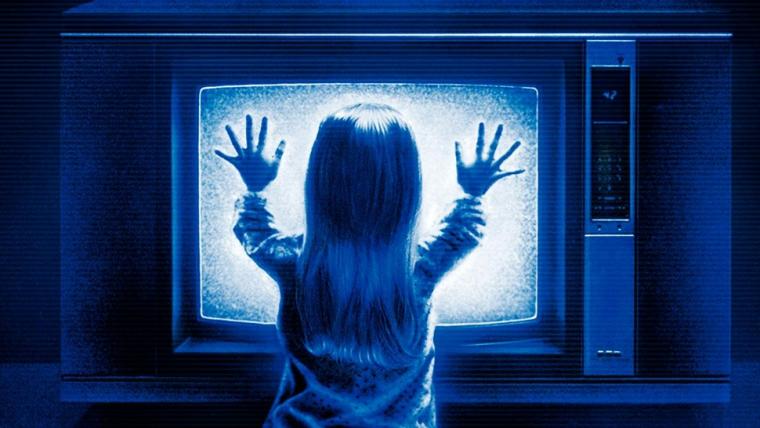 Not all movie remakes are crummy, of course. As a recent subscriber, I've finally been digging on HBO's reinvention of Watchmen, and I have nothing but praise for the Coen brothers' True Grit and Matt Reeves' chilly vampire thriller Let Me In and the umpteen takes on Little Women we've gotten over the years. But while scrolling through my Netflix home page the other day, I landed on the title Arthur, and was stoked to be reunited with this beloved Dudley Moore vehicle from my youth when I took a closer look at the attached image. Ugh, I thought, it's the Russell Brand version. No thank you.

That discovery got me thinking about all the other wholly unnecessary remakes we've been inundated with over the past dozen-or-so years – and for some reason, likely the nostalgic leanings of studio heads, most of those remakes were of works from the 1980s that should have been left well enough alone. (Not listed but considered: Ghostbusters, RoboCop, The Karate Kid, Annie ... .) So here, with only side mention of the lesser films they inspired, are five more home-viewing options in lieu of open cineplexes: iconic, terrifically enjoyable '80s flicks that all produced remakes that you've probably, understandably forgotten about, if you even knew about them in the first place.

And we may as well start with the one that inspired this particular listicle … . 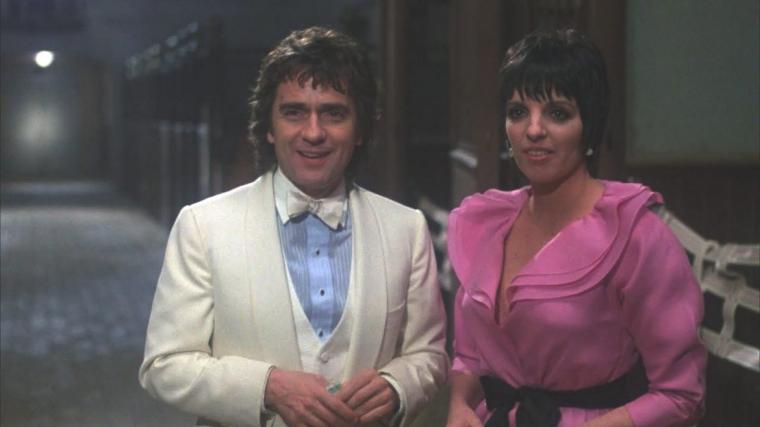 Arthur: Earlier this week, Tina Fey made headlines after announcing her accepted request to have four 30 Rock episodes pulled from digital platforms for having white characters appear in blackface. Whether you consider that decision an appropriate mea culpa or the emptiest of gestures is up to you. But the last time I watched a streaming presentation of writer/director Steve Gordon's Arthur, I remember feeling mildly surprised that the 1981 release was still allowed to be shown, and all because of one brief scene I'd forgotten about: playboy Arthur Bach, drunk off his ass as usual, driving across a New York bridge while guzzling a bottle of wine. If this material is unfamiliar to you, that description might have you expecting a harrowing drama about the perils of alcoholism. (Was anyone killed due to Arthur's recklessness? Did he at least check into rehab?!) Ah, but no. The movie is a comedy, and that bridge scene was played for laughs, and Arthur not only wasn't rehabilitated, but walked away – or rather, stumbled away – with Liza Minnelli and three quarters of a billion dollars. In other words, politically correct Gordon's film is not, and I guess it makes sense that the tepid 2011 remake would water down the booze jokes and send Russell Brand's Arthur to an AA meeting. But I hope viewers don't completely forget about the original, because problematic or not, it's an absolute charmer, with Dudley Moore turning inebriated shtick (and an unforgettable cackle) into high art, Minnelli matching him wisecrack for wisecrack, and Oscar winner John Gielgud slipping the movie into his perfectly pressed breast pocket and casually strolling off with it. Asked if he'll prepare his master's bath, Gielgud's valet Hobson retorts, “It's what I live for.” That man's martini-dry readings are what I live for. 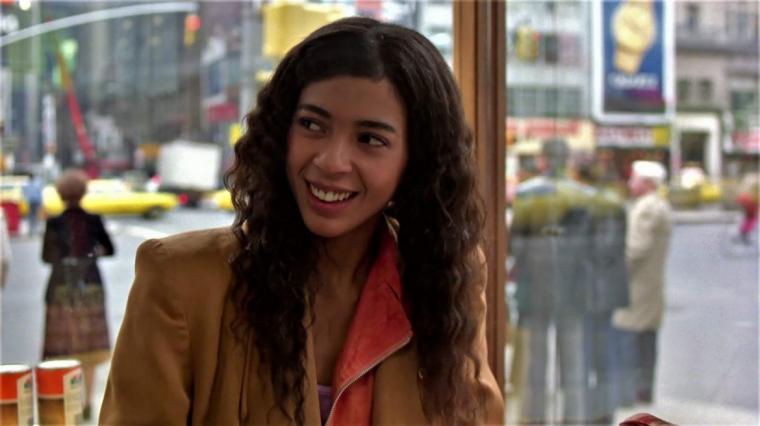 Fame: Considering it spawned a long-running 1980s network series, a couple of other TV reboots, and a 2009 screen remake that was rated PG (not even PG-13!), it's easy to mistakenly remember Fame as wholesome teen empowerment with a bunch of eager-beaver kids singing and dancing in the streets and on the tables of their cafeteria. But have you actually seen director Alan Parker's R-rated 1980 precursor? It's pretty raw … which I suppose should've been expected given that its director was just coming off the wrenching Turkish-prison drama Midnight Express. The language strewn with F-bombs. The abortion subplot. The homophobia. The (blessedly off-screen) attack on the little girl. The scene of Leroy screaming at his teacher while her husband lays dying in a hospital bed. Not to mention that incredibly unpleasant sequence in which Coco unwisely meets a videographer for an "audition" in his studio apartment. Maybe, as the song goes, those students of New York City's High School of Performing Arts all thought they were “gonna live forever.” We viewers, however, were worried that some of them might not live at all, and returning to Parker's Fame now is to be reminded of how moody, troubling, and darkly electrifying so much of that film was, and how increasingly vapid and unmemorable its successors turned out to be. It's also somewhat ironic, as well as inevitable and sad, that none of the young performers from the 2009 Fame wound up amassing any fame for themselves, especially when you consider that the original's Barry Miller went on to win a Tony, Paul McCrane earned an Emmy, and Irene Cara – thanks to singing and co-writing the theme to Flashdance – scored a Grammy and an Oscar. Three performers; one EGOT. I guess those kids really did learn how to fly. 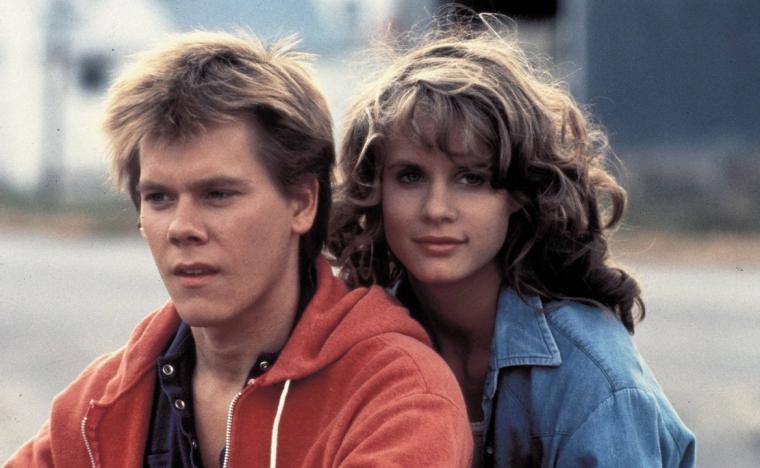 Footloose: To be clear, just because I've labeled the films in this lineup “iconic” doesn't necessarily mean I think they're great. Take this 1984 musical by director Herbert Ross, for instance. It's not great. I'm not sure it even qualifies as good. But from the opening credits' cascade of happy feet to Kevin Bacon, at the finale, jumping into an explosion of glitter and shouting “Let's da-a-a-ance!!!”, Footloose is definitely a great time, and certainly a better one than we were given in the colorless 2011 remake. Just a few days ago, in my write-up on Grease, I called that film “a triumph of screen charisma over mediocre presentation (and common sense),” and the same could absolutely be said of this tale of The Town That Banned Dancing: Bacon as the almost comically acrobatic Ren; Lori Singer as the thrill-seeking, chicken-playing Ariel; Sarah Jessica Parker and Chris Penn as the leads' best buddies; the braying John Lithgow and subtly steely Dianne Wiest as the town's fire-and-brimstone minister and his wife. They're all outstanding, and collectively make a solid case for the film's performers saving the show. But the contributions of Ross, who was a Broadway dancer and choreographer before he became an Oscar-nominated film director, shouldn't be discounted. True, he can't do anything to redeem the silliness of Footloose's setup or its formulaic and sentimental detours. Ross clearly loves bodies in motion, though, and even when his movie's dance numbers border on the ridiculous – or, in the case of Ren's solo in the abandoned warehouse, ludicrous – his camera is alive to the movement and keeps us riveted … and, on more than a few occasions, laughing. That scene of Penn's Willard gradually discovering rhythm might mark the late, lamented actor's finest screen moment. Let's hear it for that boy! 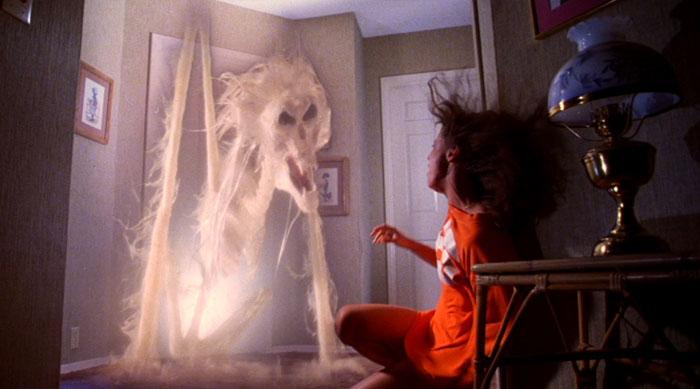 Poltergeist: So here's an embarrassing admission: The 2015 remake of director Tobe Hooper's and co-writer/producer Steven Spielberg's 1982 horror smash is apparently so forgettable that I forgot I liked it. Seriously, I just went back to re-read what I wrote about the movie five years ago, and was startled to discover that I evidently really enjoyed myself – which is astonishing given that I'm not sure I've thought about the film, and certainly haven't seen it, even once over the past few years. Perhaps that's just a testament, though, to the lingering power of Hooper's original, which might be the most purely upsetting PG-rated fright flick in the genre's history. (And yes, I am counting that nightmare-inducing 1978 remake of Invasion of the Body Snatchers.) Despite my then-praise and continued fondness for stars Sam Rockwell and Rosemarie DeWitt, I can't recall a single image from the box-office fizzle that was 2015's Poltergeist. But while repeat viewings have certainly contributed to my recollection, I can vividly picture just about every scare that Hooper dropped onto an unwitting 13-year-old in the summer of '82, primarily because most of them involved kids even younger than me. Poor little Carol Anne, of course, got sucked into the closet and then into the TV, and her unseen shrieks as she tried to evade an otherworldly creature have rung in my brain for 38 years running. (Knowing that the child's portrayer Heather O'Rourke died at age 12 makes her screen time all the sadder, especially when the ghosts return and Carol Anne plaintively begs, “No more.”) Oh, but the traumatic terrors inflicted on Oliver Robins' pre-teen Robbie! Wasn't it enough that the tree outside his window tried to eat him? Did he really have to be yanked under his bed by that freaking clown doll, too?! 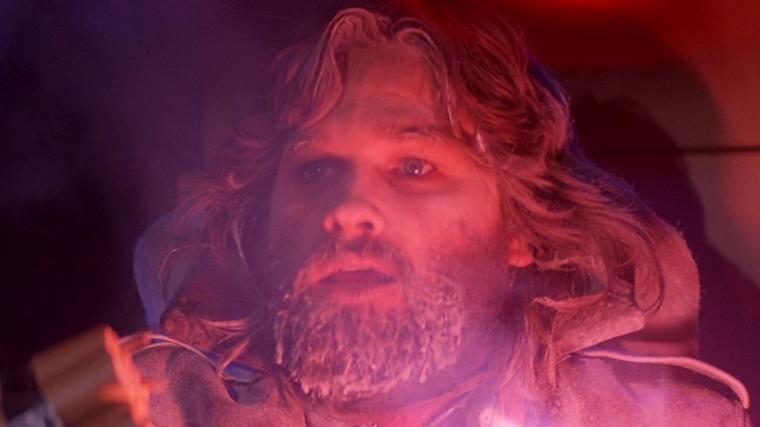 The Thing: I don't want to be one of those grumpy old farts who thinks science-fiction and horror movies were better before the advent of CGI, but … weren't they? When 2011's take on John Carpenter's sci-fi/horror gross-out The Thing was released, I thought it was adequate enough. But once computers became primarily responsible for supplying visual effects, those effects lost their ability to astound; there was occasional shock in the 2011 film, but little awe. Comparatively, Carpenter's animatronic effects, with their nearly tactile viscera, produced loads of awe – and also a whole lot of “Ew-w-w-w!” A classic tale of paranoia that finds Kurt Russell and other members of an Antarctic research team potentially infested with extraterrestrial … things … this gore-splattered freakout boasts a bunch of unforgettable bits: the dog that basically turns itself inside out; the phenomenally intense blood-testing sequence; that guy getting his face stretched out of proportion by Wilford Brimley. (No number of Cocoon viewings or Quaker Oats commercials ever erased that image from memory.) Yet when I first saw the movie in 1982, nothing amazed or affected me quite like The Head, which is still the first – practically the only – thing I think about in connection to Carpenter's achievement. Picture: I'm a 14-year-old at the drive-in with my parents and younger siblings. We've just seen TRON (another '80s title unnecessarily rebooted for the 21st century). We're halfway into the R-rated sci-fi I coerced my parents into letting us see. And halfway through, a man's head literally tears itself off his body, sprouts legs, and skitters across the floor. Viewing the sight, co-star David Clennon, his mouth agape, says, “You gotta be f---in' kidding.” Sitting in the car with my parents, I didn't say that myself. But I was definitely f---'in thinking it.