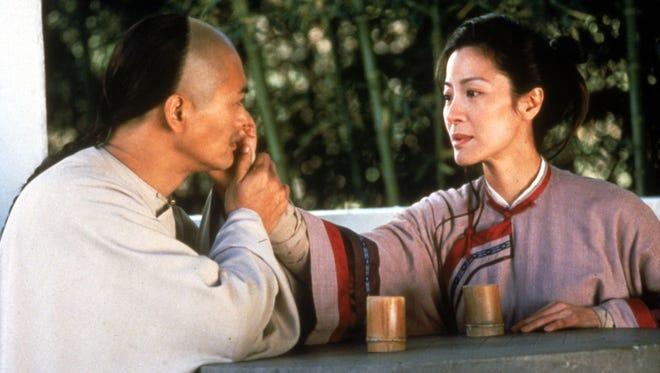 With no new releases opening this past weekend, and faced with the prospect of reviewing 102 Dalmatians (it took all my endurance just to sit through the first lovable, live-action canine opus), I decided to instead look to a brighter future: next year's potential Academy Award nominations. Though this, too, could be perceived as a grueling task - the year 2000 won't exactly be looked at as a watershed year for movies - there are already quite a few possible nominees among the year's releases, and several more on the horizon. Remember to clip 'n' save this article, so I can be proved a fool when the actual nominations are announced in early February ... .

Best Picture/Director: By the end of June, it was clear that the only movies that even had a possible shot at a Best Picture nod, up to that point, were Erin Brockovich and Gladiator. Now we're in December, and ironically, just about the only movies with a definite shot are Erin Brockovich and Gladiator. Even though both were released early in the year and have already hit video, they were smash hits with the public that the critics liked, too, are huge sellers on DVD (both DVDs, by the way, feature deleted scenes as good as any that were kept), and are helmed by well-respected directors, which bodes well for nominations for Steven Soderbergh and Ridley Scott (unless Soderbergh gets picked for his forthcoming drug drama Traffic instead). They and their films will also be remembered due to the disappointing box office - and some less-than-enthusiastic reviews - for such works as Cameron Crowe's Almost Famous, Neil LaBute's Nurse Betty, Mimi Leder's Pay It Forward, and Curtis Hanson's Wonder Boys, all of which have to serve as long-shots for nominations.

So what'll fill the remaining three slots for Picture and Director? Philip Kaufman and his Marquis De Sade drama Quills will most likely be in the running (it's currently earning big bucks and rave reviews in its limited release), Lars von Trier and his Caanes winner Dancer in the Dark have passionate supporters (and some major detractors), Stephen Daldry's Billy Elliot or Kenneth Lonergan's You Can Count on Me could nab the little-movie-that-could slot, and word-of-mouth is great on such upcoming pics as Ang Lee's Crouching Tiger, Hidden Dragon, David Mamet's State and Main, and Soderbergh's Traffic. With these works and a few others on the way, our movie year can still be saved from total embarrassment.

Best Actor: Let's face it. Unless the movie totally blows, is the Academy going to resist giving Tom Hanks a nod for pulling a De Niro in the forthcoming Cast Away? Having an actor gain weight and then lose fifty pounds of it for a film role is newsworthy enough, but when the actor in question is as beloved as Mr. Hanks, and when he's essentially the only character on screen for most of the film's running length, it's a done deal. Joining him will most likely be Geoffrey Rush, who gets nominated every couple of years, for his Marquis De Sade in Quills, and Michael Douglas, who had his best role - and performance - in over a decade in Wonder Boys. And after that? A Gladiator coup could sneak Russell Crowe in, Christian Bale did comic wonders with the unlikely American Psycho material, Ralph Fiennes earned raves for the period film Sunshine, and previous Oscar winners Denzel Washington (Remember the Titans), Kevin Spacey (Pay It Forward), Sean Connery (Gus Van Sant's upcoming Finding Forrester), and Ben Affleck (Bounce) will probably garner some votes. And don't forget Mr. De Niro himself, who could pull a surprise nomination for his enjoyable turn in the monster hit Meet the Parents. Unlikely? Yes. But given this year's cinematic output, it's not entirely impossible.

Best Actress: Question for discussion: Should the Academy go through the motions of the nominating process, or just deliver the Oscar to Julia Roberts now? Unless professional jealousy gets in the way (re: her $20 million paychecks), she's practically a shoo-in - her portrayal of Erin Brockovich was Star Acting in the best possible sense, the movie itself was an incredibly enjoyable hit, and she was subtle and generous enough to let a bunch of other actors shine in it as well. It would be a no-contest contest, but I guess the Academy has to come up with four other names to add to the roster; somewhat surprisingly, that shouldn't be a problem this year. Despite the usual dearth of good roles for women, there are a bunch of strong choices, far more than there are for the Best Actor race: Joan Allen, who could literally be The Contender in the race, Laura Linney for You Can Count on Me, Renee Zellweger for Nurse Betty, Gwyneth Paltrow for Bounce, Ellen Burstyn for Requiem for a Dream, Michelle Rodriguez for Girlfright, Icelandic singer and Cannes-winner Bjork for Dancer in the Dark - and that's not even including upcoming competitors like Gillian Anderson for The House of Mirth, Cate Blanchett for The Gift, and Juliette Binoche for Chocolat. Ms. Roberts aside, this'll probably be the year's tightest race for nominations.

Best Supporting Actor/Actress: Two categories, ten slots, and so far, only one sure thing - Albert Finney, for his wonderfully put-upon boss in Erin Brockovich. (Like Julia Roberts, he's probably also a sure winner.) It'll take a few more indicators - like the Golden Globe and SAG Award nominations - to fully determine the shape of these races, and a bunch of ensemble efforts like State and Main, The Gift, Traffic, and the Coen brothers' O Brother, Where Art Thou? have yet to arrive, but a few other potentials for the Supporting Actor category have surfaced: the late Oliver Reed for Gladiator, Mark Ruffalo for You Can Count on Me, Tobey Maguire for Wonder Boys, Michael Caine for Quills, Willem Dafoe for Shadow of a Vampire, Morgan Freeman for Nurse Betty, and even Fred Willard for his hysterical turn in Best in Show.

That's already quite a list of names to choose from, but the Supporting Actress race suffers from the exact opposite problem - there aren't nearly enough contenders. So far, we have Elaine May's delightful ditz in Small Time Crooks, Kate Hudson and Frances McDormand in Almost Famous, and Julie Walters in Billy Elliot, but can you name a really strong possibility beyond those four? (I'd anoint Marg Helgenberger for her touching turn in Erin Brocovich, but the role is probably too small for recognition.) Thankfully the Academy members, like we beleaguered movie-lovers, still have a few weeks to find greatness; the hope for better times, and films, ahead is what keeps cinephiles going.