Take Me to Bed or Lose Me Forever: A Former Usher Remembers the Movie Summer of '86 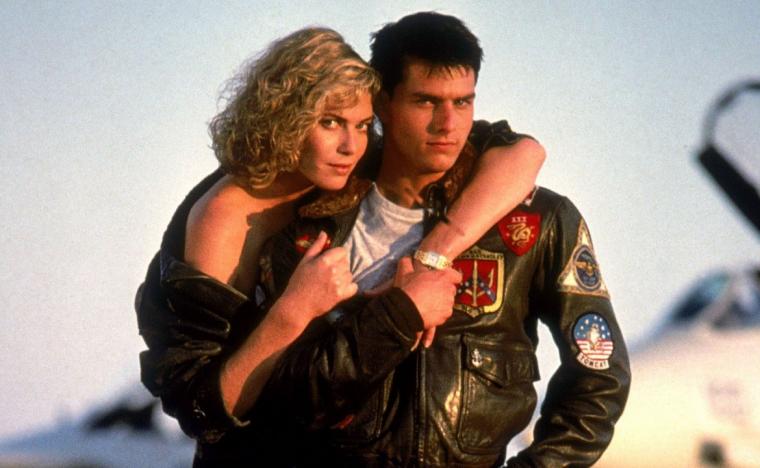 I never had any friends later on like the ones I had when I was seventeen. Jesus, does anyone?

The film-savvy among you will recognize that as a slight bastardization of Richard Dreyfuss' concluding sentiment as he types those words – with “twelve” replacing “seventeen” – on a now-ancient PC at the end of Stand by Me. But in the summer of that film's release, right before I left Crystal Lake, Illinois, to begin my freshman year at Rock Island's Augustana College, I felt I did indeed have the best friends imaginable … partly because I saw most of them, nearly every day, at the best job imaginable.

With apologies to my present and past co-workers and employers, don't let anyone tell you that a movie-theater job – especially if you're a movie lover – isn't, like, the greatest. Sure, the wages are low and the hours are weird and dealing with the general public, as in any customer-service-based enterprise, can be challenging. But here's what I choose to remember from my 1984-92 tenure as an usher, and eventually a manager, at Crystal Lake's now-defunct Showplace Theater: Unlimited popcorn, unconsumed garbage bags of which, at night's end, I frequently brought home with me. (Grandma was particularly happy about that little benefit.) Unlimited soda ... if you brought your own cup. Occasional promotional swag. A late curfew … you know, because of work. (“No, Mom, seriously – we had a movie that started at 11 last night!”) And maybe best of all, unlimited free screenings of everything my co-worker friends and I wanted to see as many times as we wanted to. (In 1991, I was also asked to be godfather to my boss' kid. That was pretty cool, too. Still is.)

So as I continue my recent nostalgia tour of favorite rental/purchase options in our era of social distancing and self-quarantining, here are long-delayed reminiscences on five favorites from 1986 and the most enjoyably carefree summer of this 51-year-old's life. You remember the summer of '86, right? Back when Matthew Broderick was a baby and Demi Moore was killing it and James Cameron was still directing things? 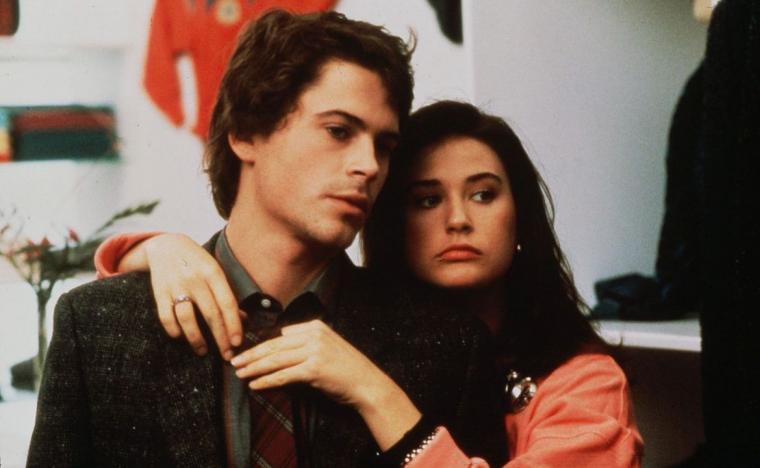 About Last Night ...: When this romantic-comedy adaptation of David Mamet's caustic, arguably misogynist stage piece Sexual Perversity in Chicago was released, Showplace's four-screen venue was in the process of turning into – brace yourselves … – a seven-screen venue. (I know, right?! We were big time, baby!) Yet that meant that a lot of movies released prior to our expansion never made it to Crystal Lake, and About Last Night ... was one of them. As the previews were promising and a few of us were Rob Lowe fans and everyone in those days thought Jim Belushi was a riot, some friends and I consequently made the 20-minute drive out of town to catch director Edward Zwick's first feature … at a rival cineplex. (I know, right?!) And we loved it: The dialogue was sharp and refreshingly crude; Lowe and screen partner Demi Moore were beautiful and sincere; Belushi and debuting co-star Elizabeth Perkins were hysterical; the soundtrack boasted Bob Seeger and Sheena Easton and Jermaine Jackson and John Oates … . It didn't take many years for the film to look and sound dated, and it's hardly time-capsule material for either its genre or the Mamet oeuvre. But it was the first movie to demonstrate that Lowe could actually act … kind of … before he got loads better around the time of The West Wing. It was the first movie, and also one of the last, to reveal just how good Moore could be given a meaty role to sink her teeth into. It was a necessary reminder, during the mid-'80s, that rom-coms featuring leads in their 20s didn't automatically have to be vapid and forgettable, if not outright insulting. And it treated us to the brief sight of Lowe and Moore naked. Iconic? Maybe not. But not nothing, either. 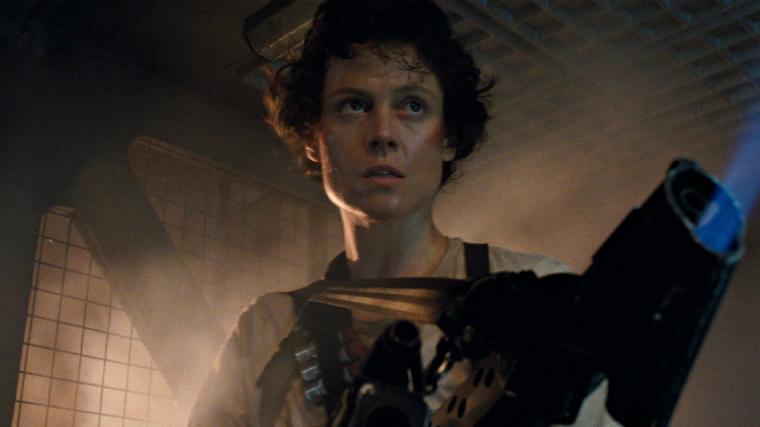 Aliens: Long before Hollywood began the practice of “soft openings” on Thursdays in advance of “official” openings on Fridays, we movie-theater employees occasionally enjoyed private, late-Thursday screenings of new releases, having convinced our bosses – when we bothered to tell them we were doing it – they were necessary to check the quality of the reel changes. (For the Gen Z among you, a “reel” is a … . Never mind.) I saw a lot like this – everything from Beverly Hills Cop 2 to The Silence of the Lambs. And none of those “secret” showings meant more to me, then or now, than director James Cameron's seminal sci-fi-horror action-thriller. As a die-hard Alien fanatic by age 11, when I was staring at the film's “movie novel” boasting “over 1,000 full-color photos” (!) on an almost-daily basis, I had waited, and waited, for a sequel to Ridley Scott's 1979 masterpiece. In '86, we got one, and it was even better than I hoped: terrifying but not traumatizing; inventively futuristic yet grounded in reality; memorably gross (the chest-burster!); disarmingly funny (bless you, Bill Paxton, for “Game over, man! Game over!” ); packed to the gills with call-backs and military combat and screeching, toothy xenomorphs. And through it all, there was the majestic ass-kicker Sigourney Weaver, giving a performance so fierce, intelligent, and, in Ripley's scenes with Carrie Henn's Newt, moving that the genre-averse Academy couldn't possibly deny her a Best Actress Oscar nomination. (To the organization's eternal credit, Weaver wasn't denied.) Even though it was only me and roughly a dozen others at that screening in Showplace's downtown sister venue – Showplace Five! – it was clear from our reactions that Aliens was something truly special. Then came “Get away from her, you bitch!!!” In my head, I'm still cheering and applauding. 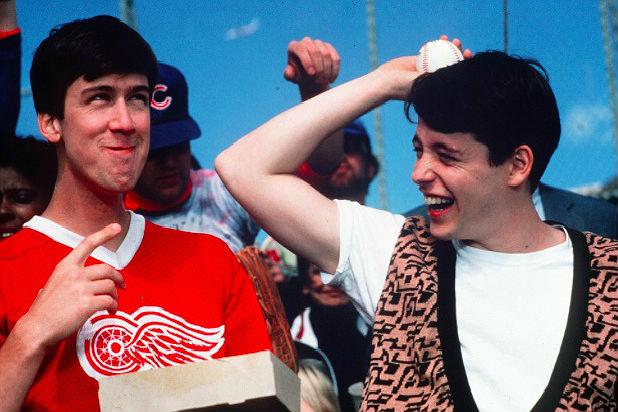 Ferris Bueller's Day Off: One of your duties as a cineplex usher is to make random visits to auditoriums, ensuring that the films are running smoothly and none of the patrons are acting unduly rowdy, et cetera … . Keeping the peace. And one of the greatest perks as an usher – and I know it's still true because I've seen them there all the time – is that you can generally also hang out for a while during those visits, watching favorite film moments repeatedly and gauging patrons' reactions as they see them for presumably the first time. Yet despite the fun I got from hearing crowds shriek at Aliens' freakier jolts – and that tail slicing through Lance Henriksen's android certainly ranks way up there – I can't think of a summer-of-'86 title I enjoyed popping in on more than Ferris Bueller's Day Off. John Hughes' incessantly re-watchable comedy, with Matthew Broderick and pals staying three steps ahead of their principal and reveling in the best playing-hooky day ever, is as blithe and meaningless as the writer/director's high-school filmography ever got. (This despite Alan Ruck's admittedly touching subplot.) Sweet heaven, though, is this teen slapstick lousy with bits so funny and deeply weird that hearing audience members' responses was almost as entertaining as the movie itself. Ferris delineating the perfect staying-home-sick strategy and covering our eyes as he showered. Ferris securing a table at a fancy restaurant as “the sausage king of Chicago.” Ferris, lip-synching to the Beatles, initiating a dance number during a Windy City parade. Jennifer Grey kicking Jeffrey Jones in the face – thrice. Even the end credits are a riot. All this plus Charlie Sheen making perhaps the single finest one-word entrance all decade: “Drugs?” With a movie this gonzo, who needs 'em? 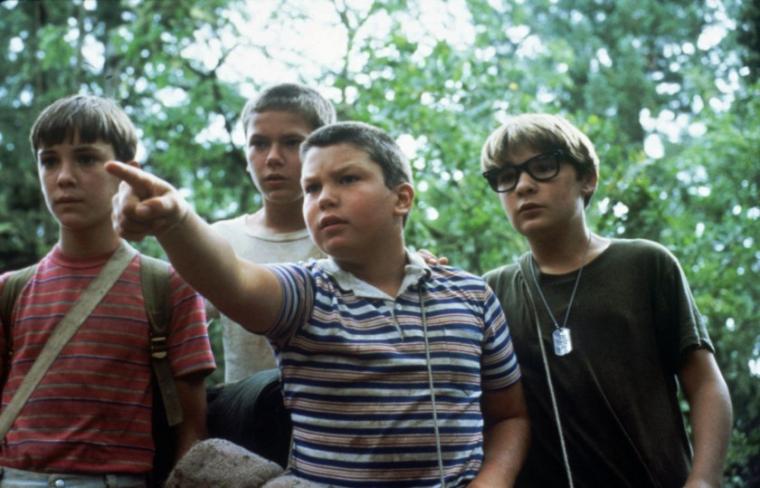 Stand by Me: While I'm not 100-percent about this, I'm reasonably sure director Rob Reiner's coming-of-age classic was the very last movie I saw at Showplace before heading off for my freshman year at Augustana. And even if it wasn't, I'm sticking with that story anyway, because what better collegiate send-off could there be than this tale of childhood friends – one of whom wants to be a writer – enjoying a last summer together before being separated by the cold, cruel world? Set in 1959 and based on Stephen King's non-horror novella The Body, the film, as I perhaps don't need to tell you, follows a quartet of endearing, joyously potty-mouthed 12-year-olds as they head off to find an unclaimed corpse in the woods of Maine. It remains a topnotch comedic melodrama with an awesome period soundtrack, Kiefer Sutherland at his scariest, and the most hysterical scene of projectile vomiting this side of Monty Python's The Meaning of Life. Yet what caught everyone off-guard in the summer of '86, and still does today, was the extraordinary realness and depth of feeling of Wil Wheaton, Corey Feldman, Jerry O'Connell, and most especially River Phoenix, all of whom bickered and shrieked and sobbed just like actual kids did – and, in the process, gave more thoughtful, mature portrayals than we might have expected from performers of that age. Thirty-four years on, Reiner's profane charmer may still be the ideal movie to see right before you bid farewell, at least for the time being, to the place you call home. As I type this, I'm sitting not 12 feet away from the only framed movie poster in my apartment – a gift from my former Showplace co-worker and lifelong friend Angie. It's Showplace's original lobby poster of Stand by Me. Clearly, the gal knows me. 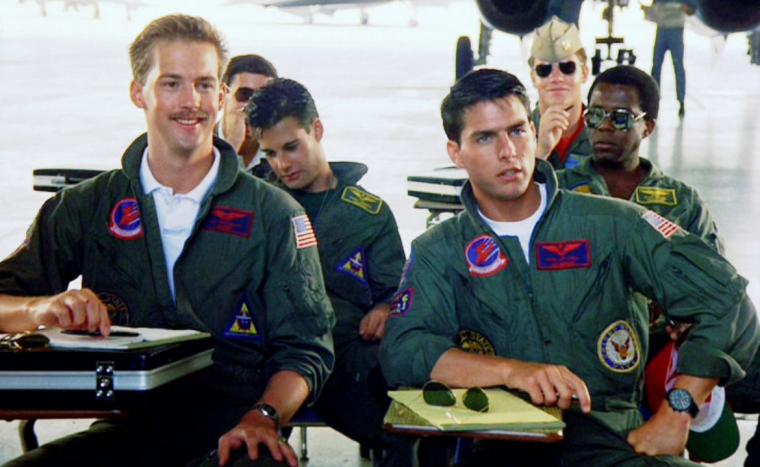 Top Gun: Truth be told, I didn't care for this Tom Cruise blockbuster even when I was pretending to. And as a high-school senior in May of '86, it was important – it felt important – to pretend to, given that it seemed to be All. Anyone. My. Age. Was. Talking. About. Nobody would have likely argued that Tony Scott's fighter-pilot action-romance was perfect; my generation made fun of the unacknowledged homoeroticism, too (oh, the volleyball … !), and I still remember audiences moaning with disgust at the notorious “blue-tongue scene” of Cruise and Kelly McGillis making out to the mellow synth sounds of Berlin. Yet friends sure did love this cinematic recruiting poster – my best buddy Tim, another Showplace employee, signed up for the National Guard soon after its release – and even those of us who weren't fans found it a remarkably easy movie to watch again and again. Sure, among my movie-theater pals, this was largely because we got in for free. To this day, though, the square, silly Top Gun still features guilty pleasures, plus a few legitimate pleasures, I'd willingly shell out a couple rental bucks for: the smartly edited, honestly exciting aerial stunts; Cruise and company drunkenly shouting a pre-karaoke rendition of “You've Lost That Loving Feeling”; Val Kilmer's Iceman putting the capital-D on “Douche-bag”; Tom Skerritt offering sage fatherly advice; a drawling Meg Ryan demanding of Anthony “Goose” Edwards “Take me to bed or lose me forever!” Scott's mega-hit is corny beyond belief and about as deep as a Navy-centric Mountain Dew ad. But the U.S. Library of Congress added it to the National Film Registry anyway, and as we know, once the cineplexes open up again, we've got Cruise on the horizon in Top Gun: Maverick. God help us all, everyone.