They Talk When They Should Listen: Five Big, Not-Always-Happy Movie Families 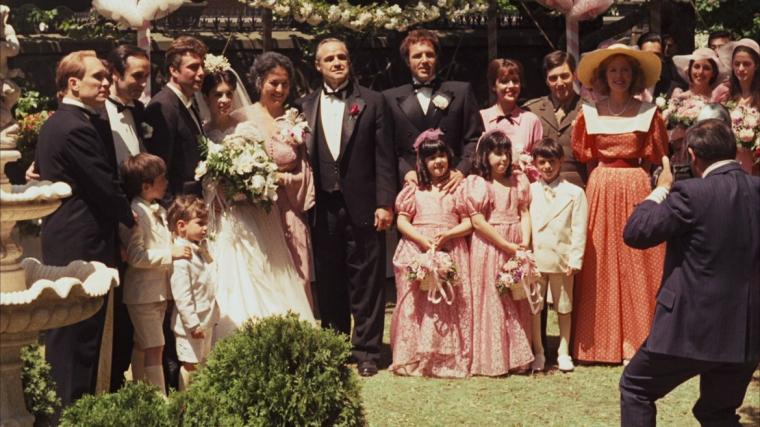 A couple weeks ago, with the much-missed exception of my sister-in-law, my family – 80-year-old dad, 78-year-old mom, 40-something sibs, 40-something brother-in-law, 13-year-old niece, and newly 11-year-old nephew – gathered in the same house for the first time since Christmas. It was a short weekend visit, but, especially after so many months of distancing, a sorely needed one. And as we bickered over card games and squabbled over the precise rules of croquet and laughed at Mom for asking us what we wanted for our next meal while we were in the process of eating our current meal, the same question popped in my mind that always pops in my mind during such gatherings: Why isn't this a movie?!

Beyond the obvious reply of “Because no one's written it yet,” the actual answer is probably because, like most other families, I'd imagine, we're fundamentally pretty dull – our argument over the correct placement of lawn wickets is about as heated as things get. But I'm fine with that, considering most movie families – even the ones you sometimes wish you were a member of – are also clans I'm mostly happy to escape after two or three hours. Here are five of my favorite family-themed films released between 1972 and 1997, works boasting relatives you'll love, relatives you'll loathe, and relatives you'll be both saddened and grateful to see go. Trust me: They're cinematic offers you can't refuse.

Well, look at that! I just somehow, spontaneously, with no previous preparation, created a perfect segue into our first title! (He said, bowing to understandably nonexistent applause.) 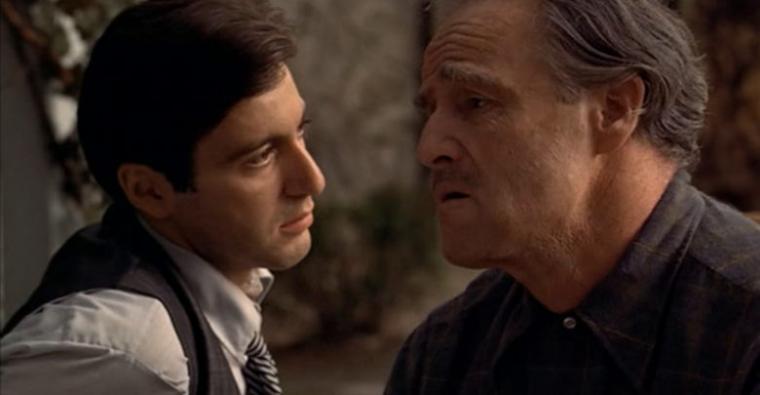 The Godfather: Say what you will about the Sicilian-American clan at the heart of Francis Ford Coppola's 1972 masterpiece – they're crooks, they're killers, they're morally bankrupt. But in this first offering in Coppola's trilogy, at least, has there ever been a screen family quite as loyal, and less dysfunctional, than the Corleones? For this hypothesis to work, you have to willingly ignore John Cazale's Fredo, of course, as that pathetic weakling doesn't deserve to be in the same room, let alone the same film frame, with Marlon Brando's Mafia don Vito Corleone and the crime boss' other children: James Caan's hothead Sonny, Al Pacino's simmering Michael, Talia Shire's abused Connie, and Robert Duvall's “adopted” consigliere Tom Hagen. But that Fredo-less grouping is about as devoted as families get, and barring the occasional severed horse head, most of the violence they perpetrate is a result of previous violence inflicted on one of their own. The Corelones are so dependably staunch in their alliance that it makes perfect sense when perceived outsiders – even the wives played by Diane Keaton and Simonetta Stefanelli – aren't granted full access to those they love; like Keaton's Kay in Coppola's devastating final shot, they'll always be on the other side of a closed door. Depending on your feelings for its 1974 sequel, you likely consider this Best Picture winner either the greatest or second-greatest gangster drama ever made. But gangster dramas never got more moving than The Godfather. I'm not sure movies in general ever did, either. Family member you'd most want to hug: Vito Corleone. Because even though he's a vicious Mafia boss responsible for untold numbers of deaths, look how cute he is chasing his grandson around the garden with that orange-rind smile! Family member you'd most want to avoid: Fredo. Because it's Fredo. 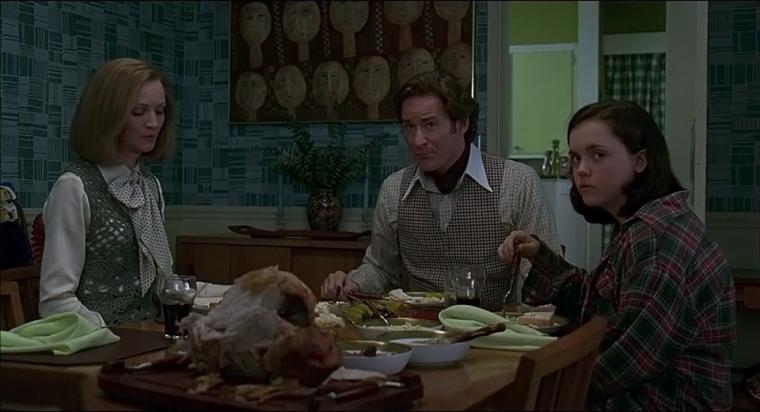 The Ice Storm: There are actually two dysfunctional families – the Carvers and the Hoods – sharing screen time in director Ang Lee's incisive, withering examination of suburban life and cultural experimentation in the 1970s. These upper-middle-class clans are so similar in their miseries, though, and so prone to secret sexual dalliances among their numbers, that they feel like one disturbing, rancid, incestuous brood – the CarverHoods! – boasting two fathers, two mothers, and four equally screwed-up children. Sounds like a ton of fun, huh? In truth, it kind of is: Lee and screenwriter James Schamus find numerous avenues for humor within the debilitating sadness of it all, and there are largely cheery presences outside the central families to offset the interior anguish. (Katie Holmes and David Krumholtz provide lightness and laughs as a pair of pill-popping prep-school students, and when the Carver and Hood parents attend a “key party,” the mistress of ceremonies turns out to be Allison Janney, which is amusement enough.) Yet even when The Ice Storm is at its most painful, you're kept entertained by the masterfully caustic portrayals of its top-tier cast that's even more impressive now than it was in 1997: Kevin Kline, Joan Allen, Christina Ricci, and a pre-Spider-Man Tobey Maguire as the Hood brigade, and Jamey Sheridan, Sigourney Weaver, Adam Hann-Byrd, and a pre-Frodo Elijah Wood as the Carvers. You'll be relieved not to be related to any of them. That doesn't mean, however, you don't enjoy two hours in their repressed, bell-bottomed company. Family member you'd most want to hug: Sheridan's patriarch Jim Carver. Because he clearly isn't getting any affection from his wife and kids. Family member you'd most want to avoid: Kline's patriarch Ben Hood. Because he's so monumentally self-involved and douchey he doesn't deserve any affection from his wife and kids. 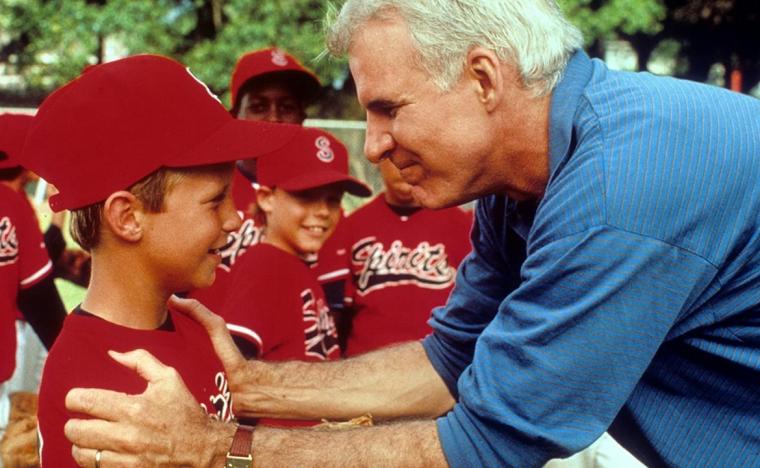 Parenthood: Apologies if I've misled you into thinking this entire lineup would be composed of families coping with death, adultery, spousal abuse, drug addiction, and the beheading of a black stallion. Now we come to three titles that, over their combined six hours, don't feature any of that! (Okay, there is one gangland-style execution in the Woody Allen film, but we don't care about the victim, and he probably had it coming.) In truth, few ensemble comedies of the last 40 years are quite as friendly and optimistic as Ron Howard's Parenthood, which addresses a healthy number of dramatic subjects yet maintains an overall-upbeat tone of decency and goodwill – maybe to a fault, as Howard's 1989 hit is far more sit-commy than the long-running Peter Krause/Lauren Graham TV series it inspired. Having returned to the picture recently after more than a decade away, it's also more crass than I remembered – I recalled the vibrator gags yet totally forgot what sexual act caused the mid-film traffic accident – and much of its humor has dated badly. What hasn't, though, is Parenthood's extraordinary assemblage of comic talents, with the joyously overstuffed collection of beleaguered moms, dads, and kids including Steve Martin, Mary Steenburgen, Rick Moranis, Jason Robards, Keanu Reeves, Martha Plimpton, a 14-year-old Joaquin Phoenix (back when he was still Leaf Phoenix), and Oscar nominee Dianne Wiest. While their movie might be shaky, the actors' skill and familial chemistry is totally rock-solid. Family member you'd most want to hug: Helen Shaw's Grandma. Because she's silly enough for helium-balloon-speak, and serious enough to give parental advice her listeners sorely need … right before readying for a ride by sitting in their neighbor's car. Family member you'd most want to avoid: Tom Hulce's Larry Buckman. Because he's only after your bucks, man. 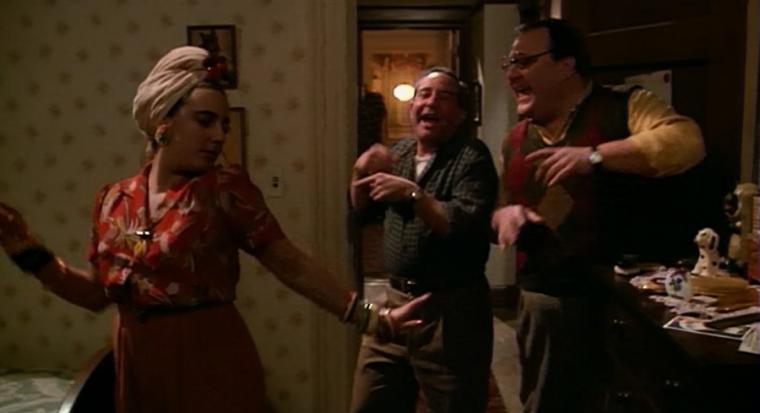 Radio Days: Woody Allen's most expansive, magnificent film about an extended family is 1986's Hannah & Her Sisters, which I wrote about several months ago. His most insular, depressing one is 1978's Interiors, which I'll write about if I ever build the energy. (I love that picture, but sheesh, it's a downer.) His hands-down-funniest one, however, is 1987's semi-autobiographical gem about a large, loving, frequently combative clan in Rockaway Beach – an undisguised love letter to the period, places, and, most especially, people of the late-'30s and early-'40s. About a third of this magical memory piece is devoted to the escapades of Mia Farrow's Sally White as she transforms from squawking cigarette girl to throaty radio gossip, and these vignettes are utterly winning, boasting merry cameos by Allen veterans Jeff Daniels, Wallace Shawn, and Diane Keaton. Yet the film's heart, and most of its charm, comes courtesy of the lower-middle-class clan cooped up in one cramped household: 12-year-old Seth Green as the designated Woody surrogate; Michael Tucker and Julie Kavner as his parents; William Magerman and Leah Carrey as his grandparents; Joy Newman as the cousin obsessed with Carmen Miranda; Josh Mostel as his uncle; and Renée Lippin and the omnipresent Dianne Wiest as his aunts. I'd gladly watch Tucker and Kavner continue their endless “Atlantic v. Pacific” argument, and Newman and Tucker and Mostel lip-synch to “South American Way,” and Green getting continually smacked around by his parents and his rabbi for days on end. Those would be some great days. Though not, perhaps, at great as Radio Days. Family member you'd most want to hug: Wiest's Aunt Bea. Because she doesn't need another disappointing boyfriend – she needs a hug. Family member you'd most want to avoid: Mostel's Uncle Abe. Because even though he's delightful, he'd always smell of fish. 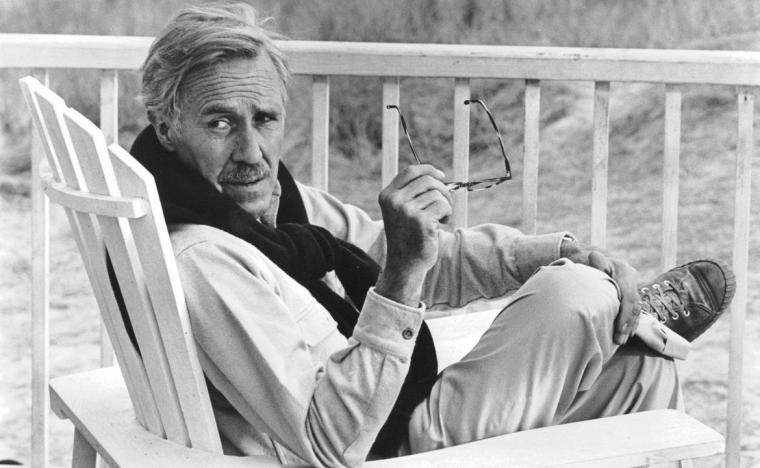 You Can't Take It with You: So Frank Capra's 1938 film version of this Kaufman & Hart classic stars Jimmy Stewart, and it won the Oscar for Best Picture, and … . Blah blah blah. I like that movie just fine. But if you can somehow get your mitts on a copy, or if PBS makes it available for streaming, please check out 1984's Great Performances version of this timeless, justifiably beloved tale of the Sycamore clan and the eccentrics who form their boisterous extended family. As a theatre piece filmed for a live audience, this You Can't Take It with You isn't as cinematic as Capra's, and I'd hardly shy viewers away from seeing Stewart, Jean Arthur, Lionel Barrymore, and others in their 1930s splendor. But directors Kirk Browning's and Ellis Rabb's rendition featuring most of the 1983 Broadway cast is one of the most congenial and lively stage comedies ever captured on video, with Jason Robards so comedically assured as grandpa Martin Vanderhof that his every grizzled reading is like a tender embrace that ends in a tickle. It's easy to be tickled given this production's stellar ensemble, with the dynamically dotty Elizabeth Wilson as Penny, Maureen Anderman and Nicolas Surovy swooningly romantic as Alice and Tony, and other lovable nuts portrayed by (then-)familiar TV presences Bill McCutcheon, Jack Dodson, and Alice Drummond. And Robards looks nearly giddy to spend time with his longtime stage partner Colleen Dewhurst, who plays a deposed Russian duchess with hysterical bravada that crescendos in a full-throated “Do not be stingy with the blintzes!” Words to live by, friends. Family member you'd most want to hug: Alice. Because she puts up with a lot. Family member you'd most want to avoid: Carole Androsky's Essie. Because if that godawful ballerina-wannabe spins or pliés just one more time … !