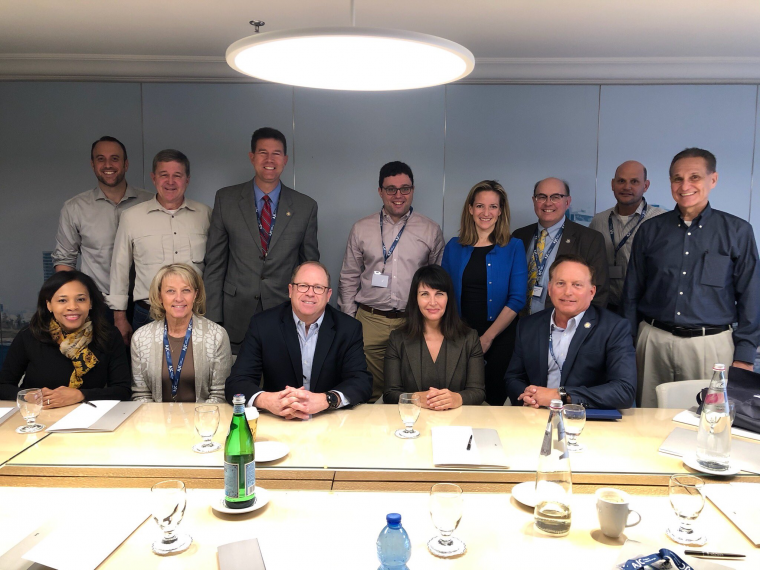 DES MOINES, IOWA (December 16, 2019) — Iowa Secretary of State Paul Pate is leading a bipartisan delegation of 11 Secretaries of State from across the US on a visit to Israel this week. Sec Pate, who is also the president of the National Association of Secretaries of State (NASS), partnered with the American Jewish Committee’s (AJC) Project Interchange to arrange the trip.

The program features in-depth discussions on cybersecurity policies and practices at the state, local, and federal levels as they relate to business services, election administration, and records management. The weeklong educational seminar began Monday and aims to enhance US-Israel relations at the vital state level. Iowa has exported approximately $755 million worth of goods to Israel since 1996.

“Secretaries of State are uniquely on the forefront of today’s most complex issues, including election cybersecurity,” Sec Pate said. “My fellow Secretaries and I are excited to partner with AJC to not only relay our important work to the region, but also learn from their leaders and compare notes.”

This is the first NASS delegation to visit Israel. The group will meet with influential figures across the political and social spectrum as well as leaders of Israel’s minority and business communities. The delegation will participate in comprehensive discussions with top leaders of Israel's National Cyber Directorate and focus on collaboration between government, academia, and the private sector. In addition to visiting significant historic, cultural, and religious sites across Israel, the delegation will visit Tel Aviv, Haifa, Israel’s northern and southern borders, and Jerusalem. The delegation also will meet with Palestinian civic and business leaders in Ramallah in the Palestinian Authority.

“Secretaries of State are key leaders in individual states in the U.S., working closely with governors and businesses,” said Nisha Abkarian, AJC Project Interchange Director. “We are delighted to host this first ever NASS group to Israel.”