Keto is Here! First Rhinoceros Ever to Come to the Niabi Zoo 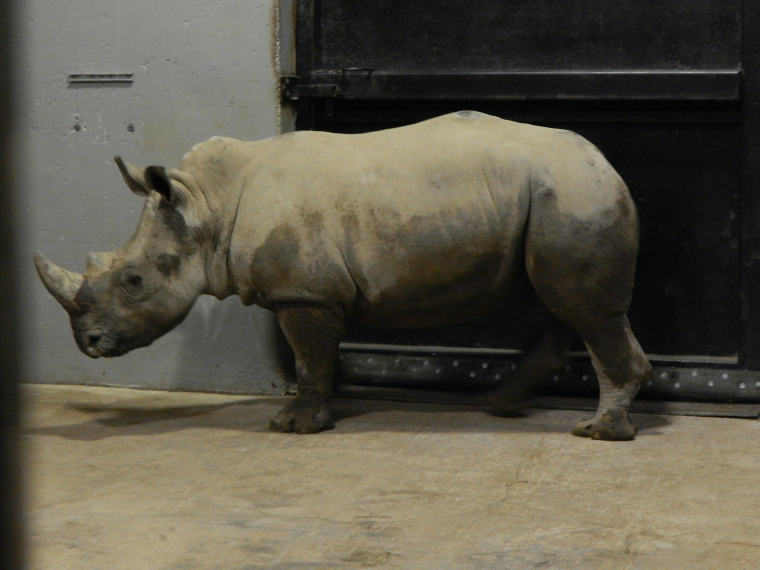 COAL VALLEY, ILLINOIS (May 28, 2021) — The Niabi Zoo is excited to announce the arrival of Keto, a two-year-old male Southern White Rhinoceros at the Niabi Zoo, and the first Rhino species of any kind to be held at our zoo. In early December 2020, we kicked off our fundraising campaign to bring this new and exciting animal species to the Niabi Zoo and the Quad Cities community, and it was a smashing success.

“We are absolutely thrilled to be given the opportunity to share such an iconic mega-vertebrate to the Quad Cities Community, and play a real role in their ongoing conservation efforts,” said zoo Director Lee Jackson. “This will be the first time that this or any rhinoceros’ species will have been kept at Niabi, and we are beyond excited to be able to share these magnificent animals with our community. Keto is only the beginning. We hope to have a female join him here by early summer of 2022 with the goal of eventually producing offspring in the future.”

This newest addition would not have been possible without the generous support of the many individuals that gave gifts, both large and small, to our campaign. As a special thank you to our supporters we are hosting a special donor appreciation event here at the zoo for everyone who contributed to our campaign on June 12, 12-3PM. Invitations are already in the mail, and we are looking forward to introducing Keto to his supporters. However, you don’t have to wait till June 12 to see Keto. His first day meeting our visitors will be today, May 28!

The southern White rhino is an important conservation success story. In the early 1900s, there were fewer than fifty Southern white rhinos left in existence. Today, thanks to intense conservation efforts, both in zoos and in the wild, the population now sits at about 18,000 — a stark contrast to their cousins, the Northern White and Western Black rhinos. These species both became extinct in 2018 and 2011 respectively.

Are you a Niabi Zoo member? To find out more about the great deals and special perks membership brings, please visit our website at www.niabizoo.com .

Located in Coal Valley, Illinois, Niabi Zoo offers an opportunity to explore more than forty acres that encompass 250 animal species while enjoying the countryside of Rock Island County. This exploration guides guests through the discovery of more than 700 animals from around the world.