Awe(stria)struck: “The Sound of Music,” at the Spotlight Theatre through December 12 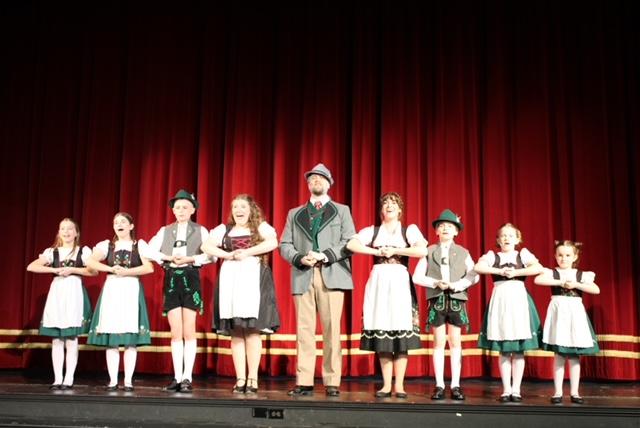 Richard Rodgers' and Oscar Hammerstein II's The Sound of Music, a romanticized account of Austria's real-life Trapp Family Singers, debuted on Broadway in 1959 and was adapted for film in 1965. This musical shattered multiple show-biz records and brought more tourists to Salzburg than Mozart ever had. Although the movie doesn't have a breath of gingerbread about it, its traditional December TV broadcasts mean that many associate it with Christmas. And this beloved show is playing live, here and now, at Yuletide. Lucky us!

Frankly, I was feeling a bit smug when I entered the Spotlight Theatre on Saturday night. Like many, I've seen the musical onstage, and the film several times. I know how the scripts and songs differ, and what to expect. Yet this production still astounded me: It's a grand, rich experience. Director Sara Tubbs (the theatre's co-owner alongside husband Brent), with music director Jon Jaworowski and an experienced crew and staff, tackled this amiable, venerable bear of a show with enthusiasm. They used the entire space ingeniously, and their creativity was evident throughout.

Soft choral singing in Latin arose while the audience was settling in – the unseen nuns, their lovely voices in an angelic blend, were setting the scene for the show's breathtaking opening. And after she arrives on stage, Lily Blouin interprets her role of Maria in a way I've never seen. She has a fine, full, agile voice (and can yodel like nobody's business), moves with grace, and can play beguiling, awkward, and bold simultaneously. This Maria's distinctive trait is her mischievous streak. She is the irrepressible scamp the nuns describe – climbing trees, whistling on the stair; shocking acts for women in the 1930s; nearly unspeakable ones for a postulant. (Incidentally, why the nuns' outrage about Maria singing in the abbey? You just laid down some sick jams there yourselves, ladies.) Blouin is fresh, exuberant, and altogether delightful. 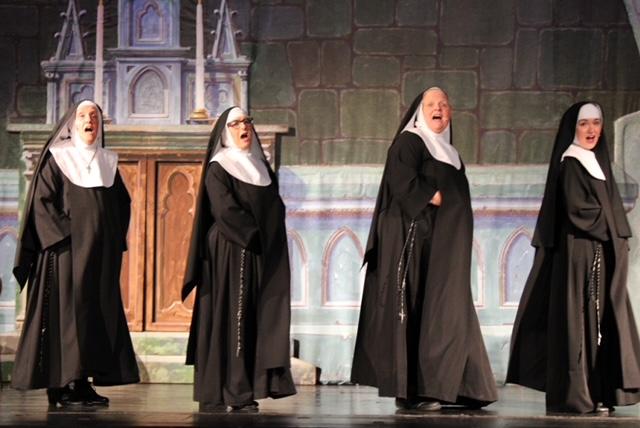 "Victor Angelo plays Captain Georg von Trapp" is a phrase I didn't anticipate writing – at least, not for another 20 years or so. He has played "younger" very well; a notable skill. "Older" is similarly challenging to portray. Here, Angelo projects a compellingly old-world, aloof, quasi-military demeanor. Yet somehow, he's expressive in his stillness. I saw reluctance behind the captain's stern manner – he wants to share the love he represses, and the first time he sings with his children, his voice smooth and warm … . Why, there's that inner love! (Yes, I cried.) Blouin and Angelo are marvelous together, too. I used to think: How could these Sound of Music characters fall in love? Them becoming a couple seemed forced and weird. With these two performers, though, Maria's and Georg's mutual attraction is clear. After their Ländler-infused wooing, marriage seems a natural progression.

Kriste Marietta (who has an astonishing voice) plays Baroness Schraeder, Georg's erstwhile fiancée, floating in an atmosphere of refined privilege. Refreshingly, she's genial and easygoing – unlike other scheming baronesses I've seen, she's not a baddie. Her polished manner is engaging, and she probably would have made an excellent wife. (You know, aside from being fine with fascism and shipping the kids off to boarding school.) Christopher Tracy, as opportunistic toady Max, is completely convincing as a master-level parasite, yet also utterly loveable. I understood why the children run to embrace him.

Ah, the children! Governess and father get lots of press, but the big stars are the little ones, and the Spotlight's stage sibs are uniformly excellent, with strong voices and solid acting skills. Amber Whitaker, playing the oldest, Liesl, is only a few years past 16 herself, but she's got decades worth of talent. She's an expert singer and can really dance, as can Max Robnett as her crush, Rolf, the most appealing Nazi in Austria. 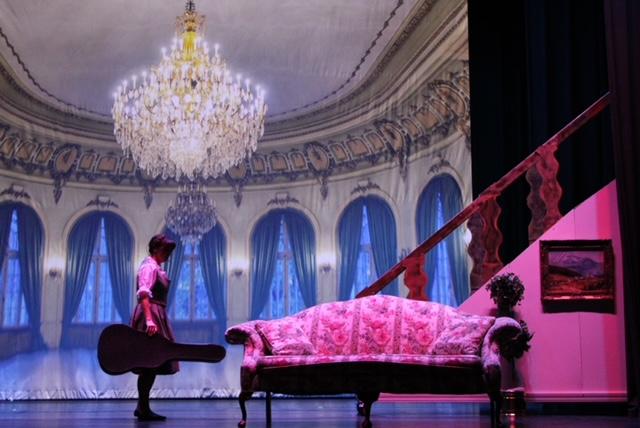 The roll call continues: Orion Mack as Friedrich (the boy who wants to be a man); Kaitlyn Baker as Louisa (the prankster); Ben Bergthold as Kurt (the incorrigible boy soprano); Evyn Hassel as Brigitta (the brutally honest reader); Esther Hoffman as Marta (the pink parasol enthusiast); and Betsy Bergthold as Gretl. The youngest child is always the most adorable (I know, because I'm a youngest myself), but still – Bergthold is a wonder. Whenever the littlest von Trapp spoke, the audience hummed with "awws" and quiet laughter at her charm, though we instinctively stifled our chuckles so she wouldn't think we were laughing about mistakes. Sweetheart, you did everything right.

Tubbs' large cast, including the vastly talented and versatile ensemble, worked hard for nearly three hours, and delivered more than two dozen musical numbers. The show is a marathon for its crew, too, who have to pull off multiple swift scene changes (and each set here is stunningly elegant). Various dances, bits of business, and even vocal inflections were lifted straight from the movie, as was one of my favorite numbers: the karmic-reward anthem "Something Good." (It was written for the film, but added to subsequent stage scripts.)

You'd think a production of this professional quality is part of a national tour, but it was all done by our neighbors, right here. I had nothing to do with the Spotlight Theatre's The Sound of Music, but I'm still so proud. Please make it a priority to see this remarkable show during this busy holiday season, and bring your family, friends, and out-of-town guests. It is beyond something good.

The Sound of Music runs at the Spotlight Theatre (1800 Seventh Avenue, Moline IL) through December 12, and more information and tickets are available by calling (309)912-7647 and visiting TheSpotlightTheatreQC.com.