The Beginning of the End, the End of the Beginning: “The Last Five Years,” at The Black Box Theatre through April 7 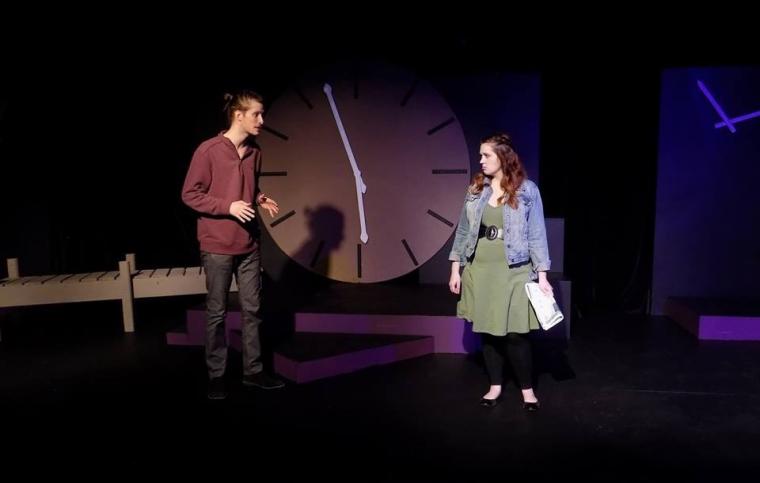 Zach Hendershott and Kathryn Jecklin in The Last Five Years

Statistically speaking, 40 to 50 percent of U.S. marriages end in divorce. Such is the case with the union in The Last Five Years, the current musical running at Moline's Black Box Theatre. Somehow, though, with its upbeat songs interspersed with dramatic ballads, this production is surprisingly sweet, even though you know from the start that the marriage will eventually sour.

An autobiographical musical witten and composed by Jason Robert Brown, The Last Five Years follows budding novelist Jamie (Zach Hendershott) and struggling actress Cathy (Kathryn Jecklin) during their relationship that ends after – wait for it ... – five years. What makes this musical less straightforward, however, is that Cathy tells the story from the end of their relationship and Jamie starts at the beginning, and the couple only really meets in the middle, at their wedding.

Hendershott and Jecklin had big jobs with very little spoken dialogue, as The Last Five Years is almost entirely sung. The show presents great contrast as right away we hear how Jamie is gone in Cathy’s “Still Hurting,” followed immediately by Jamie belting out the humorous song “Shiksa Goddess.” This juxtaposition remained throughout the show, with Jamie typically finding the relationship’s lightheartedness and Cathy focusing on the negatives, even from the start. 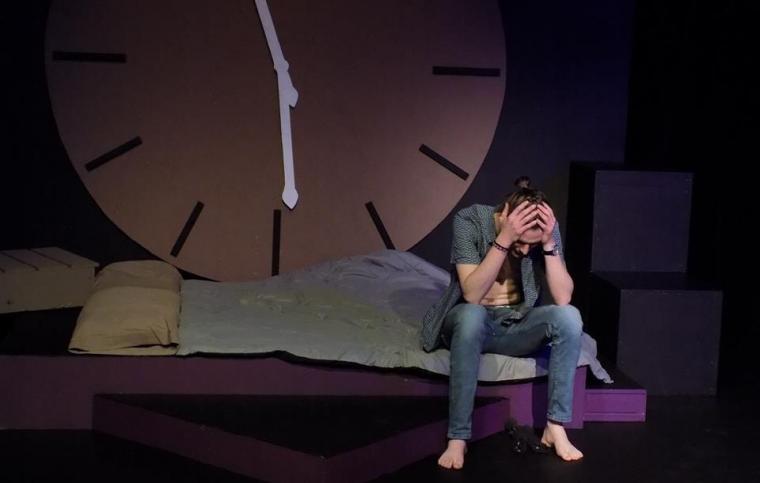 Hendershott and Jecklin are adept actors, but through no fault of their own, it was hard to become invested in their characters' history that was already over from lights up. From an audience member's perspective, seeing both sides of the story became almost a dissection of the relationship with no choosing of sides required, as it’s quickly obvious that neither person is more at fault in the marriage’s destruction. You instead find yourself in the position of “nosy neighbor,” trying to piece together what happened. But that’s okay, as Jamie and Cathy are open books and fully ready to share.

It almost seems wrong, given the subject matter, to describe this production as remaining generally lighthearted – but it did, with the weight of the humor resting on Hendershott’s capable shoulders. Hendershott’s physicality was made more humorous by his gangly, flailing limbs, their lack of precision feeling very honest and making Jamie an altogether likeable character, even as we watched him make choices that made me wince. Hendershott seemed to struggle a bit with his falsetto during Saturday’s performance, but otherwise brought a real strength to the role of Jamie. The Last Five Years lacks a great melodic song that leaves you humming as you exit but, for me, Hendershott’s “The Schmuel Song” was among the most memorable, both for its tune and its lesson to be learned.

Jecklin’s Cathy might play the perpetual victim, but she sings so beautifully that you can’t help but love her. The sheer power behind Jecklin’s voice, especially when it’s full of disdain for Jamie in “See I’m Smiling,” was a genuine treat to watch. We also get to see the more comedic side of Cathy in “Climbing Uphill” during Act II, which was most welcome. (The April 5 production will feature Kailey Ackermann in the role of Cathy, and if she has half the passion of Jecklin, the show will be in good hands.) 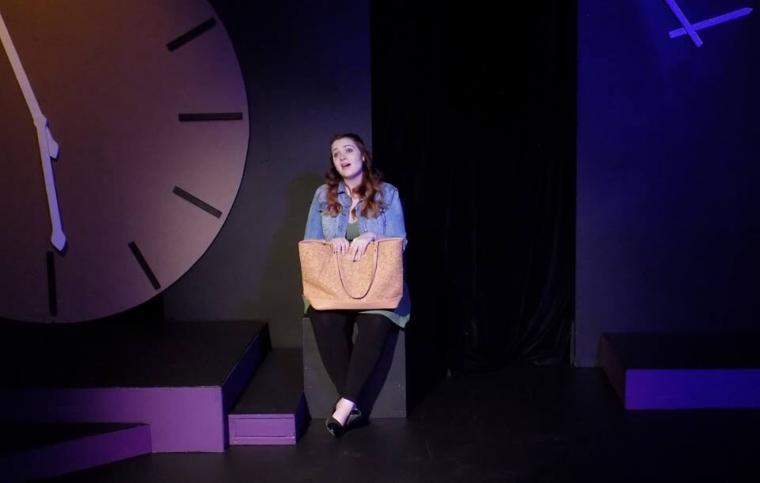 Director David Miller’s production was wrought with metaphors of time and the symbolism of wedding rings; Hendershott twisted his wedding ring so frequently it was almost as though, to Jamie, it was an actual ball and chain keeping him imprisoned in the relationship. Miller also served as the show’s lighting and scenic designer, creating a well-lit set with five clocks on the back wall, each with hands stopped at different times to represent all five years of Jamie's and Cathy’s story. While the set seemed a bit unpolished, it actually really worked. In a world in which lyrics are of utmost importance, a set that’s too realistic and detailed would have certainly distracted from the spot-on stage action. Hendershott and Jecklin rarely interacted – almost to the point that this production felt a bit like watching two one-person shows spliced together – yet their characterizations were fleshed out and familiar.

Performing The Last Five Years' melancholic, sorrowful score, the live band composed of Josie Trenary on violin, Michael Wahlmann on cello, and music director Jonathan Turner on keyboard was lovely. Occasionally, the trio was so strong that the musicians overpowered the actor’s voices, especially when Jecklin used her more introspective (and quiet) singing voice. Luckily, though, those moments were forgivable because they were few and far between.

This production is a lot like falling in love, with its ups and downs sprinkled with laughter and anger. Ultimately, the Black Box yet again showcases great work with truly talented individuals bringing the story to life. The Last Five Years is a special show, allowing you to be introspective and judgey all at the same time – it’s a rare piece of well-done theatre to provide all that in one evening.

The Last Five Years runs at the Black Box Theatre (1623 Fifth Avenue, Moline) through April 7, and more information and tickets are available by calling (563)284-2350 or visiting TheBlackBoxTheatre.com.