Belle and Whistles: “Disney’s Beauty & the Beast,” at the Circa ‘21 Dinner Playhouse through July 16 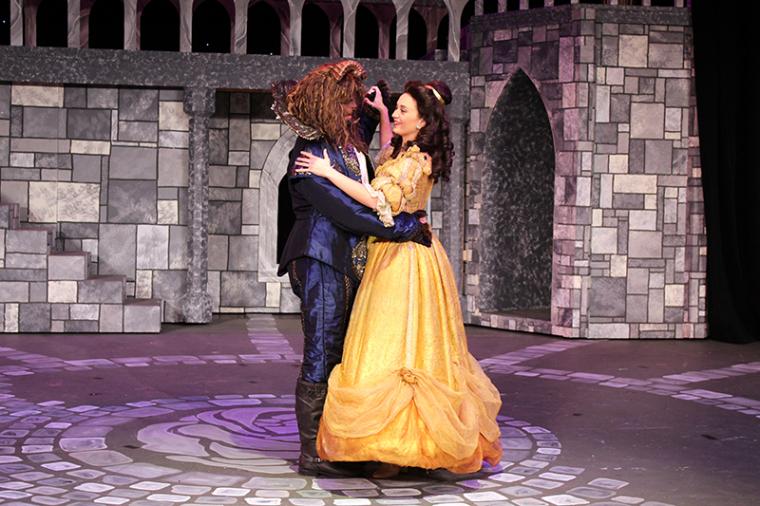 Kyle DeFauw and Savannah Bay Strandin in Beauty & the Beast

What’s a girl to do when everyone in town thinks she’s peculiar (though attractive), as well as someone who just doesn’t fit in well? It certainly makes the decision to live in an enchanted castle in order to save her father an easy one. So goes the story of Disney’s Beauty & the Beast. Will the Beast convince Belle to love him in time? You likely already know the answer, but it doesn’t mean it’s not entertaining to watch. This family favorite, smartly directed and choreographed by Shane Hall for the Circa '21 Dinner Playhouse, was spectacular from start to finish. In fact, you should get your tickets now, and finish reading this review later. Name recognition alone could sell this show out, and once word gets out that it’s also great, seats will no doubt be hard to come by.

I should mention that Circa 21’s production isn’t a carbon copy of the animated feature, but the show is familiar all the same. Savannah Bay Strandin brought an aloofness to Belle I wouldn’t have expected, but it worked remarkably well. You could palpably feel Belle’s devotion to her inventor father Maurice (a nasally Tom Walljasper) and her immense distaste for Kyle DeFauw’s Beast. DeFauw seemed much like a tantruming two-year-old, given that his hidden prince was impatient, needy, and yells a lot. But it doesn’t take long for him to wrap his mind around some personal growth. Beast and Belle’s individual songs were fantastic, thanks in part to music director Ron May, so it’s actually quite a shame that the titular characters never have the opportunity to duet together – I would have loved to hear it. 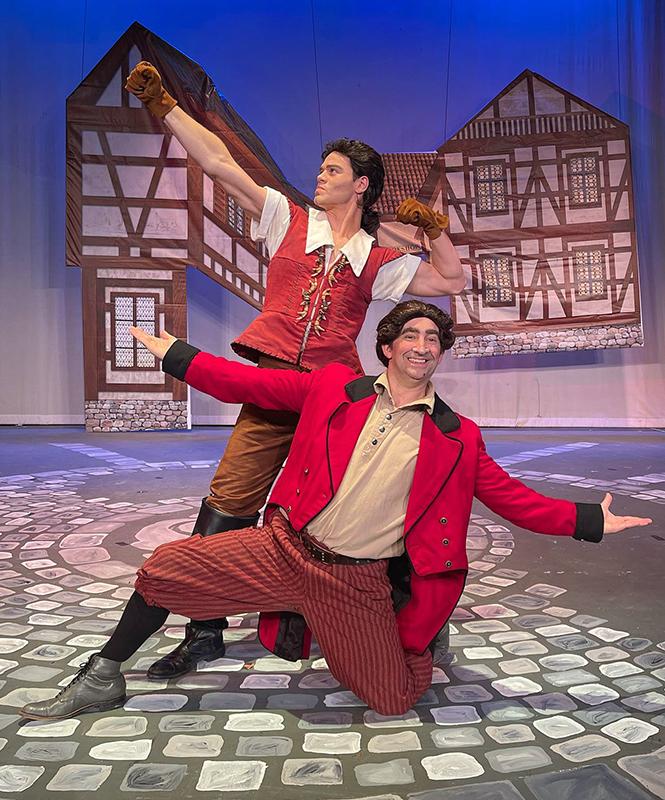 But no: Everyone just sings about them. This makes sense because the situation is pretty high-stakes for the Beast's staff, given the ongoing potential for them to remain a clock or teapot forever. Of course, they just want to be human again. The gradual clock transformations of Tristan Layne Tapscott’s Cogsworth are subtle, but it's funny to see how his costume evolves over the course of the show. As portrayed by Shelley Walljasper, Mrs. Potts' version of the titular “Beauty & the Beast” song was so flawless it nearly brought a tear to my eye. All throughout, elements of the famed animated scene were there: golden dress, Beast in blue, ballroom dancing, lovely vocals. But there was also a timidness between the pair that made it seem as though they were actually falling for one another. Certainly, all of the hit songs you love and expect from the animated Beauty & the Beast are present, accounted for, and handled with care. No one wants to screw up “Be Our Guest,” after all, so in this production, they make the beloved number an unforgettable spectacle of pizazz.

Everyone is, of course, entitled to their own favorite moment of Circa 21’s production, but personally speaking, the number “Gaston” takes the cake. Hall’s choreography is so darned good – the cups clanking in the dance break alone will make you want to see the whole show again. Unfortunately, although Joe Collins looks and acts every bit the arrogant brute Gaston we expect, he seemed to lack power and volume in his lower register when singing on Saturday night, which was slightly disappointing (especially given that Gaston's song “Me” is my favorite of the additions to the musical's stage version). Luckily, however, when Collins is paired with Thomas J. Besler’s LeFou – and they are never far from one another – it made up for any vocal weaknesses. Besler was so hilarious it made Collins' Gaston much more likable. 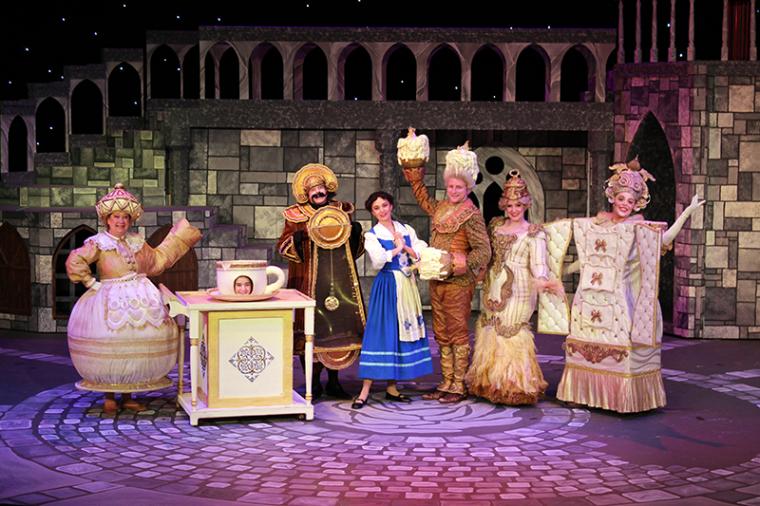 Among a few moments that felt a little off, technically, on Saturday, some lighting cues went noticeably wrong and at the top of the second act; I felt as though the fog machine was turned on later than intended, resulting in the audience missing some action as Belle was attacked by wolves and then saved by Beast. I suspect, however, that after a few more performances, these minor glitches will be polished – especially given that this cast missed out on a preview performance due to an actor's health-related availability. But the show must go on! To that effect, the role of the candelabra Lumiere, on Saturday, was performed by understudy Jake Daley – typically a member of the ensemble – and he was impeccable. If there hadn’t been an announcement at the top of the show, no one would have known that Daley was merely filling in. (As I am familiar with actor Bobby Becher, I have no doubt he will also be amazing when he returns to the stage as Lumiere.)

Designer Barb Portinga’s costumes were glorious. The act of visually turning humans into inanimate objects could be awkward, but honestly, they were just perfect here. Those whites and golds sported by most of the enchanted objects made the stage sparkle, while Heather Hauskins' lighting effects kept the stage well-lit and magical in its own right. Disney’s Beauty & the Beast is a great night out for any occasion – for the kids, or merely the kids at heart. Don’t miss your chance to see this enthralling show.

Disney's Beauty & the Beast runs at the Circa '21 Dinner Playhouse (1828 Third Avenue, Rock Island IL) through July 16, and more information and tickets are available by calling (309)786-7733 extension 2 and visiting Circa21.com.