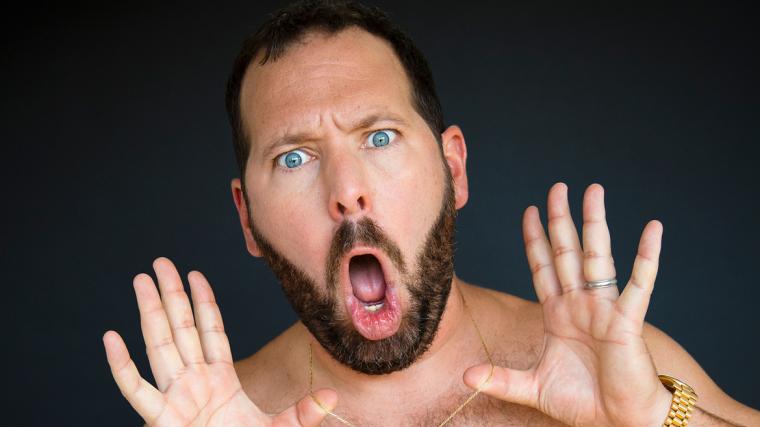 Described by comedian, podcast host, and New York Times bestselling author Marc Maron as “a gonzo warrior” and “one of the great American wild men,” standup comedian Kreischer makes a stop at Augustana prior to a fall tour that will find him traveling the country from Irvine, California, to Tampa, Florida.

Nicknamed “The Machine,” Kreischer achieved national fame via the 1997 Rolling Stone article “The Undergraduate,” a six-page piece that declared the Florida State University student the “Number-One Partier in the Nation.” That article eventually served as the inspiration for the Ryan Reynolds film comedy Van Wilder, and after moving to New York and pursuing a standup career, Kreischer went on to host the FX variety series The X Show in 2000, which led to the airing of his own FX series – Hurt Bert – in 2004. That same year found him guest-starring in an episode of the Emmy-winning drama The Shield, and in addition to maintaining a busy tour schedule, Kreischer has appeared on Conan, Netflix's Comfortably Numb, and Comedy Central's Reality Bites Back.

Kreischer is also the host of the weekly comedy podcast Bertcast, and his non-fiction book Life of the Party: Stories of a Perpetual Man-Child was published in 2014. According to bestselling author and retired professional wrestler Mick Foley, Life of the Party proves that “Bert Kreischer is as fearless on the page as he is on the stage. You'll laugh out loud frequently, feel uncomfortable occasionally, and even feel a little warm and fuzzy … you will always, always be entertained.”

Tickets to Bert Kreischer's October 18 performance are $15, and more information and reservations are available by calling (309)794-7306 or visiting the event's Facebook page.