Bully in a China Shop: “Princeton’s Rage,” at the Playcrafters Barn Theatre through June 13 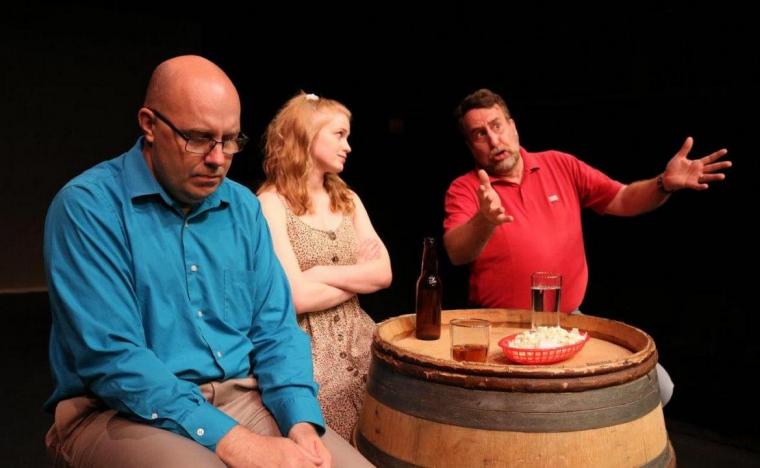 There’s an adage “hurt people hurt people.” It's a cliché, certainly, but it sums up the experience currently on the Playcrafters Barn Theatre stage. Friday was the opening night for Princeton’s Rage, written by local playwright Don Faust, and under the direction of Madison Duling, the evening was full of emotions and pain, but also well-needed healing. I was thrilled to experience this premiere with so many other patrons, all of whom seemed eager for what turned out to be an emboldened piece.

Part of Playcrafters’ Barn Owl series, which this year means giving local playwrights a chance to shine, Princeton’s Rage is the on-the-nose title about a man named Princeton (Eric Teeter) who, through happenstance, has to face his tormentor from high school – a guy aptly named Rage (Gary Talsky). What happens when the past you’ve left behind comes back full force? That’s what Princeton has to figure out.

Throughout the night, Teeter was the physical embodiment of meek. Sure, we are led to believe that his personality has been shaped by years of internalizing trauma. But at times, I just want to yell at Princeton to call a therapist, thanks in part to the approach Teeter opted to take. Whether he was being steamrolled by his effervescent coworker Tracy (Adrienne Jane Evans), who just happens to be the daughter of Rage, or his smarmy boss (Jesse Mohr), Princeton was certainly struggling emotionally. 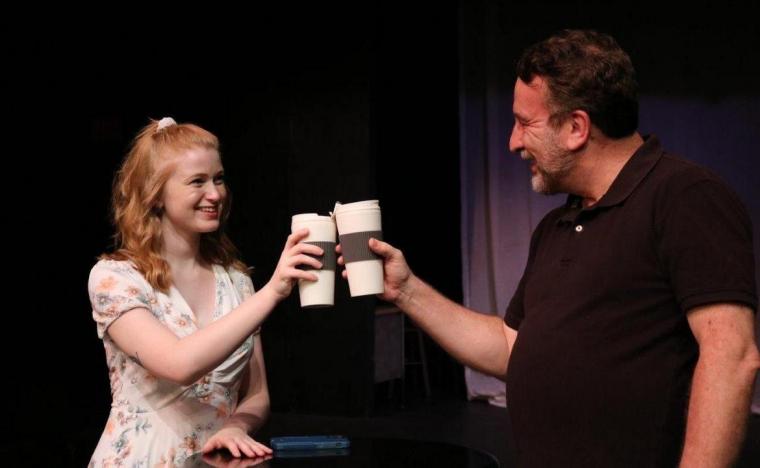 By the time Talsky came into the scene, we had a pretty good idea of what to expect from the infamous Rage. And Talsky didn’t disappoint. While his denial at times seemed a little over the top, the actor did a nice job portraying the character we’re all supposed to hate. It’s true he was a nightmare, but remember that old adage? Rage, too, is fighting an internal battle, which doesn’t excuse his actions by any means, but at least makes him a less loathsome character. Ultimately, Talsky, Evans, and Teeter were on an emotional roller-coaster and had a lot to grapple with through the course of the evening, which they did successfully.

Evans, especially, had a lot on her plate: She not only played the catalyst in the story (neither Princeton nor Rage would have confronted their demons without Tracy’s interference), but Evans was the only character with impossibly perky highs and devastating lows. Evans, however, was more than up to the challenge of Tracy’s emotions.

Playcrafters is a unique venue, and I love the old barn and its extremely long thrust stage. But it can provide challenges to the staging process, as was the case from my perspective. Throughout the production, we were brought into Princeton’s memory and trauma through the use of shadows on a scrim. These moments are heartbreaking for what they entail. But unfortunately, I found myself distracted by them, as well, because even though Teeter was onstage for their duration, I couldn't see him behind a large water cooler for most of the first act. 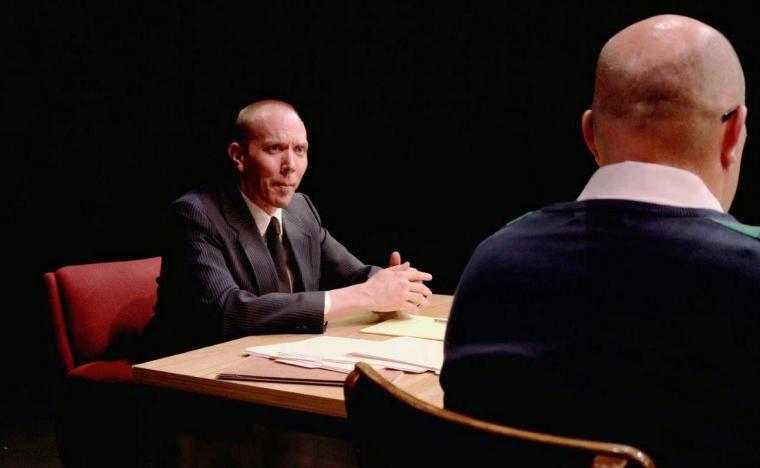 The night did have a few other questionable choices, and whether these were directorial or script issues is unclear, but some moments left me confused. Like, who in L.A. leaves their door unlocked? Another instance of confusion came when a key conversation supposedly took place in a standing-room-only coffee shop, as Talsky and Evans drifted quite far away from each other shortly after establishing how many people were there. (And they certainly weren’t trying to avoid being overheard.) Faust has written a story that is certainly worth telling, but it does make me wonder if it would be better served by film, given that the story went location-hopping rapidly. The break room, the office, the house, a restaurant … . There were a lot of scene changes, and unfortunately, a few of the shifts between locations felt quite long, especially those without any sound design to cover them and the backstage whispers. I'm honestly not sure if the lack of music was a choice or a technical issue, considering that Teeter (who pulled double duty as the sound designer) curated an otherwise nice sound design.

Certainly, though, the triumphant return of Playcrafters for the first time since March of 2020 should be celebrated. The night was not without some hiccups throughout the evening; the lack of stage lighting during the curtain call, in particular, gave me pause, and felt out of place with the remainder of Lauren Marquardt’s practical lights. But hopefully, as the theatre finds its groove again, these kinks will work themselves out.

The ability to produce and workshop new works is a gift to the community, and Princeton's Rage is one that shouldn't be overlooked. Does this script as a whole still have room to grow? Sure. Yet the bones and the heart of this production are solid, and Duling’s cast is well-prepared for a night of local theatre that is unlike any other.

Princeton's Rage runs at the Playcrafters Barn Theatre (4950 35th Avenue, Moline IL) through June 13, and more information and tickets are available by calling (309)762-0330 and visiting Playcrafters.com.