The Complete Works of Saint Nicholas (abridged): “Every Christmas Story Ever Told (and then some),” at the Richmond Hill Barn Theatre through December 12 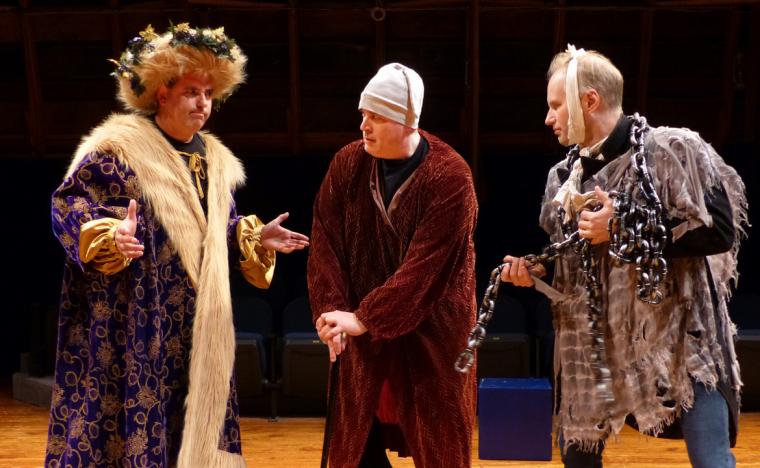 Nathan Johnson, Mike Kelly, and Jonathan Grafft in Every Christmas Story Ever Told (and then some)

Every Christmas Story Ever Told (and then some) is a 2007 comedy by John K. Alvarez, Michael Carleton, and James FitzGerald, I saw it at the Richmond Hill Barn Theatre on Thursday's opening night, and it stars Jonathan Grafft as Jonathan, Nathan Johnson as Nathan, and Mike Kelly as Mike. These could be the parts they were born to play. However, the actors aren't really playing themselves. Within their three “characters,” we're given a little family of sorts. (In the script they're friends, not family; this is just my framing device. Work with me.) Mike serves as the rigid dad, Jonathan joins in with enthusiastic kid-style exploits, and Nathan typifies the Cool Uncle Who Knows Stuff. And the plot? It's in the title.

Director Mike Skiles and his small crew and cast have concocted a fast-moving, fairly convoluted spectacle that, nevertheless, runs smoothly. Richmond Hill's is theatre in the round, and its challenges include where to put stuff. As the audience enters the theatre, we travel right through one of the cramped offstage areas, and for Every Christmas Story, the crew did great at concealing show stuff – I didn't detect even a strand of tinsel. And some of this production's accoutrements are big. Also, the actors grab items from boxes (painted as gifts) on the otherwise-bare stage. There's no acknowledgment in the program for props or costumes, but for whomever contributed: outstanding work. I loved the Ghost of Christmas Present's gorgeous robe and headgear, the beautifully constructed misfit-toy getup, and Cindy Lou Who's goofy 'do. One of my favorite creations represented a Macy's parade entry. Just … . Wow.

Knowing The Complete Works of William Shakespeare (abridged) and similar scripts, I expected a frenetic pace and elaborate goofiness. But the atmosphere here is more congenial and celebratory, which is nice, as we have time to relax into our own memories of the characters and songs. Nostalgia is a big part of enjoying this production. (I was tickled by the references to a long-running series of commercials featuring a tonsorial implement.) In Every Christmas Story, you may rediscover things you haven't thought about in years. There's a stockingful of songs in many styles, including the Coventry Carol ("Lullay, Thou Little Tiny Child"), "Jingle Bell Rock," Mannheim Steamroller's version of "Deck the Halls," and "Fahoo Forays." Sound designer Larry Lord added fun audio effects, including the echoey bionic pinging from The Six Million Dollar Man and the flute-filled "in living color" bumper. Listening to that, you can just see that stylized NBC peacock fanning its tail. Or maybe that was just me. Anyway. 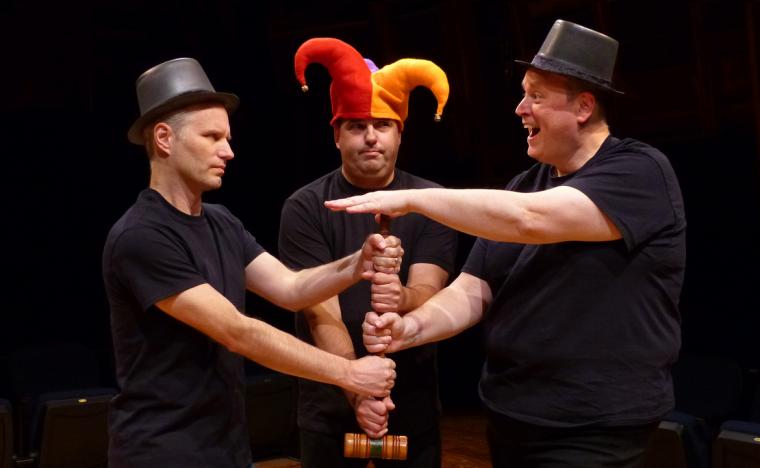 I don't know how much our youths of the past 40 years or so have been exposed to old-school Christmas fare. Do they stream Rankin/Bass productions and black-and-white holiday classics on Netflix and whatnot? Can anyone born after the baby boom appreciate this material? It's not nostalgia if you never knew it happened at all. But this show might inspire interesting conversations among people of many generations, such as "Who was that furry green guy?" Every Christmas Story honors the true meaning of Christmas, and you can probably guess how they eventually do it. (And if you can't, so much the better. It's a nice moment.)

On the secular side of things, one of the cast members does a killer impression of Hermey, an aspiring dentist elf, and among my favorite parts of Skiles' production were the periodic mentions of unusual facts about Yuletide in other lands, which as far as I know are about 90-percent accurate – or were, once. With so much festive "Remember when?" content, the writers were bound to include the much-maligned fruitcake, and because the performers themselves point out how trite fruitcake mockery is, I can forgive them. There's a bit about Santa's exploits, including the pondering of physical possibility and whether he's even real. (The consensus is “Yes, Virginia.”) And among the inclusion of so many takes on the aspects of Christmas, there are some original moments. I defy you to name another Christmas pageant that name-checks Aleister Crowley. A ludicrous two-plot mash-up, meanwhile, puts the star on top of this ornament-heavy tree of a show, and it's a doozy. 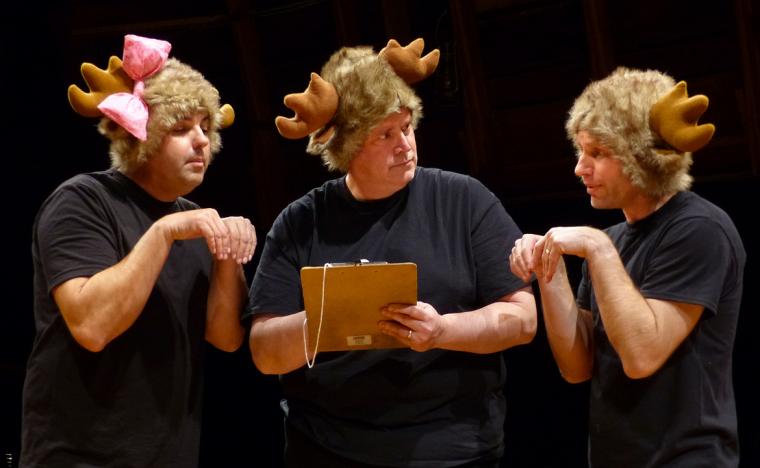 As a writer myself, I was particularly interested in the scripted convolutions the trio went through to approximate the stop-motion-animated Rudolph, the Red-Nosed Reindeer TV special so they wouldn't violate copyright. On the one hand, their differently named, alternative-color-nosed, similar-but-not-the-same ungulate is pretty darned funny. On the other hand, almost every other story, character, and song they take on is, in fact, protected by copyright, and so the playwrights probably didn't get permission to use any of them. (Their publisher is still selling the rights to this play, so apparently no lawsuits have been filed yet.)

Richmond Hill is serving a feast with generous helpings of jollity and a side of corn – and, of course, roast beast. And like a Hickory Farms sampler, there's something in Every Christmas Story Ever Told (and then some) for everyone. I'm not saying that this is the only holiday production you need to see this season, but for cramming a sleigh-load of celebratory high jinx into an economical hour-and-a-half package, this is the one. Oh – and if you don't want to be pulled onto the stage to help, sit in the back row.

Every Christmas Story Ever Told (and then some) runs at the Richmond Hill Barn Theatre (600 Robinson Drive, Geneseo IL) through December 12, and more information and tickets are available by calling (309)944-2244 and visiting RHPlayers.com.