A Cut Above: "Shear Madness," at the Circa '21 Dinner Playhouse through September 7 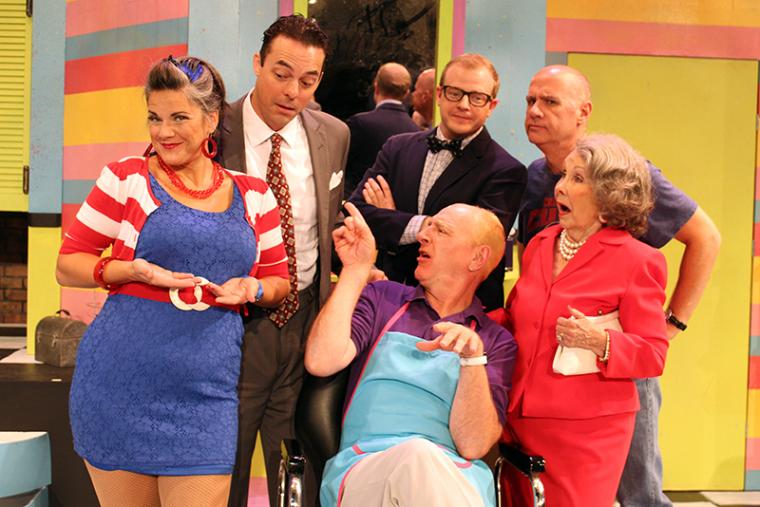 Madness. It was madness how much fun I had at the July 25 preview performance of the interactive mystery comedy Shear Madness at the Circa '21 Dinner Playhouse.

Between the Bootleggers' pre-show performance and Cory Schnekhoff’s outstanding sound design, you will find yourself at least bopping your head to the beat, if not all-out singing along, before a single character even speaks. Before the house lights go down, the action begins with Shear Madness Hair Studio owner Tony Witcomb (Tom Walljasper) and hairdresser Barbara DeMarco (Jennifer Poarch) rocking out as they prepare for their afternoon. Tony washes the hair of Mikey Thomas (Tristan Tapscott) and the entire routine is uproariously funny. Is it silly? Heck yes. Is Walljasper perfectly in his element? Absolutely … and he'll continue to be throughout the entire production. Walljasper has been a Circa '21 staple for decades, but his fierce creativity here outshines even his own previous work. And Poarch complements Walljasper’s silliness with her own as the pair make this salon an amusing place to be a fly on the wall – even if you wouldn’t actually trust the duo near your own head with sharp instruments.

It was almost a shame when Walljasper turned off the stereo, but we had to get to a plot at some point, right? Brought back by popular demand, Shear Madness follows the murder of the hair salon’s piano-playing upstairs neighbor, and the show then becomes a whodunit. Was it Eddie Lawrence, the “used antiques” dealer played by Cory Boughton? Or perhaps it was Sherry Konjura’s sneaky Mrs. Shubert? There’s a whole lot of finger-pointing, and not a lot of solid detective work, going on. But just when you think the story isn’t going anywhere, the house lights come up and – though initially shocked by the sudden appearance of the many audience members – the cast immediately engages with anyone who shouts out details or wants to ask a question. 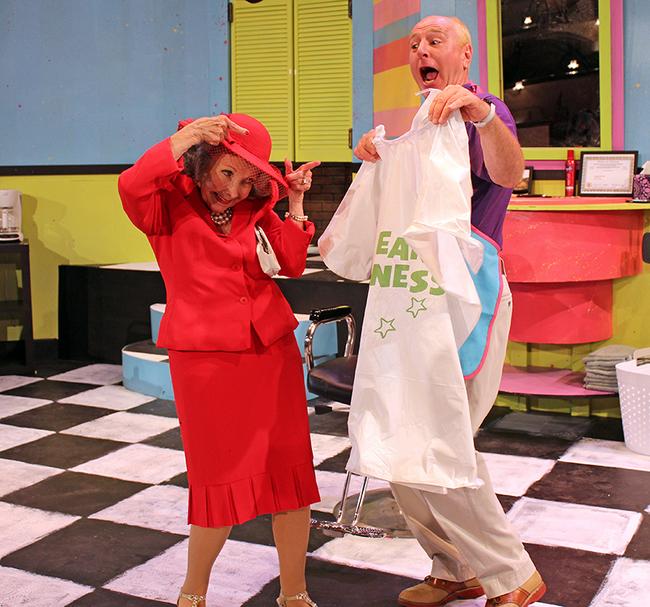 As you might imagine, this twist lends itself to loads of sharp improvisations from the actors as they re-enact what we've just seen, adding so many inventive layers that truly, this show can never be exactly the same night after night. On Thursday, however, the improvisational crown went to Walljasper’s unexpected physical interaction with Brad Hauskins’ Nick O’Brien – a clever moment that essentially stopped the show for several minutes while the audience and cast members regrouped from body-shaking laughter.

Warner Crocker’s direction was splendid; this proficient ensemble was clearly having a great time with their production and seemed to delight in working the room. Originally written by German playwright Paul Pörtner and adapted by Marilyn Abrams and Bruce Jordan, the script leaves room for plenty of topical references, and the Shear Madness cast certainly makes themselves right at home in Rock Island. With side comments about other local theatres, Davenport’s floppy flood wall, and the boondocks – a.k.a. Coal Valley – this show is bound to make you chuckle over something Quad-City related. Yet even if you’re visiting from out of town and happen to catch the show, there are enough national names and ideas dropped that you won’t feel left out. And beyond these clever jabs, the witty wordplay is a comical highpoint all in itself given Hauksins' malapropisms galore and Walljasper’s double entendres aplenty. 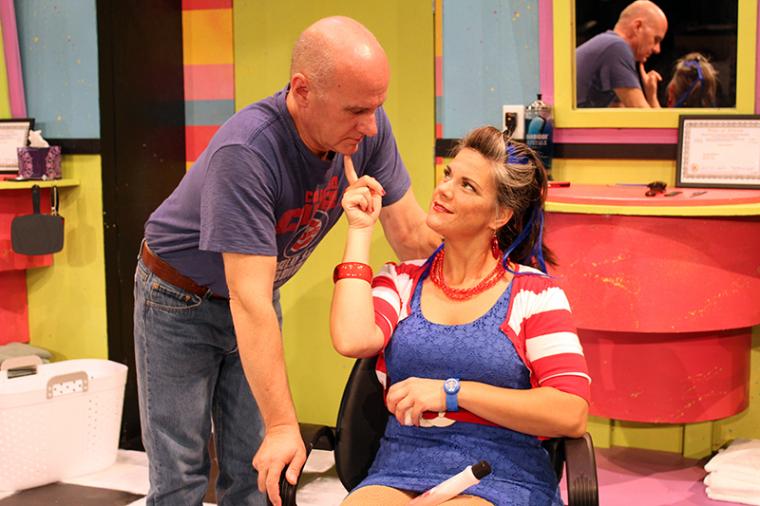 By the time intermission rolls around, you’ll probably have your own theory about what happened along with everyone else. Luckily, Thursday's intermission was even more entertaining than the pre-show, as the cast of suspects remained on stage while audience members were invited to visit the lobby and discuss the case with the detective if they wanted. I remained in my seat, however, so as not to miss the onstage antics led again by Walljasper. At one point, he even rounded up a young man to play a game with him resulting in a prize! Okay, so the “prize” was a salon-stereotypical Dum Dum sucker, but this was just one of the many indicators of how the Circa '21 team thought out every last detail of their show.

Susan Holgersson’s set design is loud and proud in its bold-colored striped walls, and each element is in place: The salon sink had running water, blue disinfectant and cosmetologist licenses were on each station, and even the supply closet was loaded with all kinds of goodies. Designer Mike Turczynski’s lighting effects were straightforward but well done, making the bright salon pop and ensuring the shop’s mirrors were lit in ways that wouldn’t blind the audience. Gregory Hiatt’s costumes, meanwhile, ranged from Poarch’s little blue dress that perfectly matched her ponytail’s highlights to Hauskins’ grubby Cubs shirt, and while the highlight for me was Walljasper’s yellowed hair that matched the set, everyone looked great.

I know how the mystery turned out on Thursday, but the very best part of Circa '21's latest – its not-so-secret weapon – is that it truly could end four different ways depending on what you and your fellow audience members think happened. With a tasty dinner and a comedic show the perfect night out, this production is a cool way to beat the summer heat. Rarely does a show that proclaims itself hilarious live up to the hype, but Shear Madness does so emphatically.

Shear Madness runs at the Circa '21 Dinner Playhouse (1828 Third Avenue, Rock Island) through September 7, and more information and tickets are available by calling (309)786-7733 extension 2 or visiting Circa21.com.