She Drives Me Crazy: The Richmond Hill Barn Theatre's “One Flew Over the Cuckoo’s Nest,” through October 13 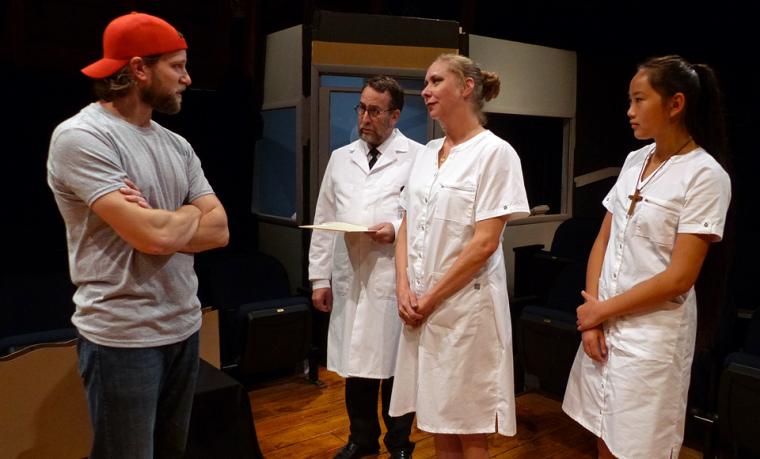 Victor Angelo, Gary Talsky, Lisa Ingram, and Olivia Egert in One Flew Over the Cuckoo's Nest

My Tuesday evening was disjointed and off-balance, and I spent a good chunk of time vacillating between being frantic, frustrated, and overcome with hysterical laughter. Which, as it turns out, is actually the perfect mindset in which to see the Richmond Hill Players' One Flew Over the Cuckoo's Nest.

In my case, this blend of feelings arose because I inadvertently missed the first 15 minutes of Tuesday’s final dress rehearsal, and therefore caught the remainder of the first act from the lobby monitor before entering the theatre after intermission. Was it unnerving and awkward as heck? Very much so, especially since, while I knew the gist of the play, the first 15 minutes of any plot tend to carry a great deal of importance. But somehow, my entirely atypical review scenario aptly reiterated the underlying theme of Dale Wasserman’s stage adaptation of Ken Kesey's novel: Normalcy is subjective.

A story you probably recognize from the book or popular film starring Jack Nicholson, One Flew Over the Cuckoo’s Nest is the tale of Randall P. McMurphy (Victor Angelo), who, rather than serve a short prison sentence, instead talks his way into spending time at a mental-health facility. However, once there, McMurphy quickly realizes that it’s not going to be all fun and games, particularly when he’s up against the stringent Nurse Ratched (Lisa Ingram). 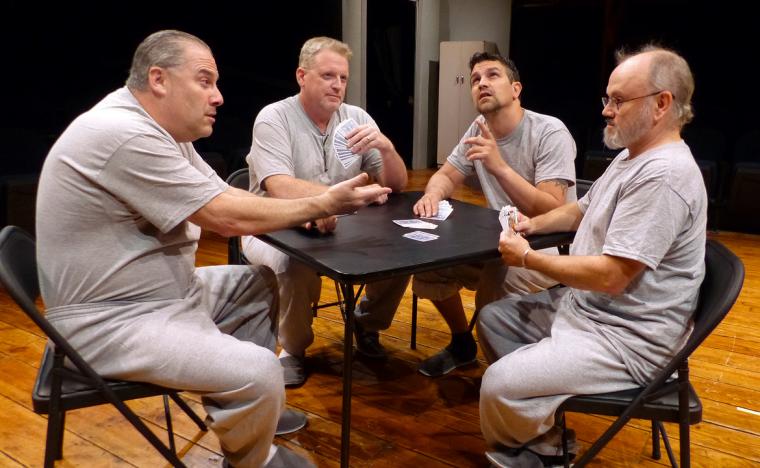 Even given my delayed arrival, McMurphy was easy to distinguish from the rest of the pack because of director and costume designer Dana Skiles’ choice to have him don a backward red ball cap throughout the production. Since everyone in the ward was wearing gray sweatsuits, there wasn’t much to visually tell people apart, so the red hat was a wise choice, really popping against the wave of dull neutrals on stage. Even staff members were entirely dressed in monochromatic white or black, and when combined with the stark set, gray doorways, and a black card table and folding chairs (constructed by Mike and Jim Skiles), that red hat was really the only lingering source of color throughout the production. (Save for a few female visitors.) The dreariness expressed by the costumes and set certainly captured the asylum’s bleakness – there was nothing especially remarkable about them, which was almost certainly the point in underscoring the repressive quality of the institution.

Angelo’s McMurphy constantly attempted to inject some fun into the ward, playing card games for money, playing basketball, and watching baseball. While McMurphy’s primary goal was to have a good time, he met a great deal of resistance from the stiff (and seemingly soulless) Nurse Ratched. But the depicted camaraderie between McMurphy and the other patients was the absolute delight of this production. I was especially taken with Jordan Smith’s portrayal of Martini’s jittery persona and Josh Malone’s st-st-stuttering Billy Bibbit. For me, Malone’s Bibbit depiction was a real bright spot, with the actor skillfully taking on the role of the child in a room full of men who aren’t doing much parenting, but are offering a ton of life perspectives. The sweet innocence Malone brought to the stage balanced the intensity of the other patients as the men navigate institutional rules and find ways to have fun together.

Also of note was Matthew McConville’s Chief Bromden. While at times McConville’s quiet, late-night soliloquies were hard to hear, watching him come out of his catatonic shell and bloom into a respectable character was another highlight. McConville and Angelo seemed to have a unique bond, supplying the excellent groundwork for the catalyst for Chief’s change in personality. 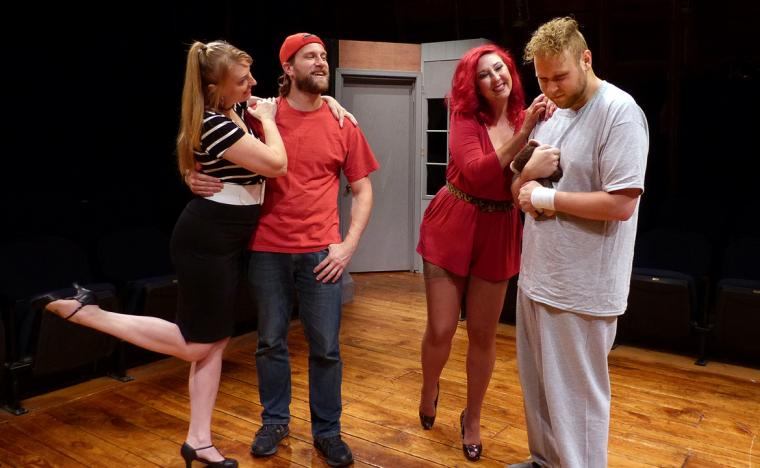 Meanwhile, Ingram brought a singular, inexpressive quality of cruelty to her Nurse Ratched. While I believe the character’s motivation was to keep things under control, there wasn’t even a hint of softness to Ingram’s portrayal, or even the thought that this nurse looked out for her patients’ best interests regardless of her own personal opinions.

Everything in this production leads up to the big party McMurphy throws on the ward, sneaking in women and booze, and this second-act scene was a complete hoot, with excitement radiating from stage to audience as a jovial spirit engulfed the barn. But, of course, just as the fun gets rolling, Nurse Ratched’s severe self strolls in, and everything sours.

While Ratched is certainly intended to be the show’s villain, Ingram made her especially unlikeable in her emotional manipulation of Billy while accepting zero responsibility for his inevitable outcome. Subsequently, the climactic battle between McMurphy and Ratched seemed to be not awful enough for my taste, and it was especially disconcerting when an abrupt blackout, at this rehearsal, altered to the blue shift light almost immediately, with Angelo and Ingram nonchalantly scooting off stage.

The pacing of Tuesday night's final scene also seemed somewhat hasty, leaving me to question some of the choices that were made. Ultimately, however, whether or not you’re familiar with the show’s ending, you’ll probably leave a bit unnerved and emotionally spent as Richmond Hill's One Flew Over the Cuckoo’s Nest delivers a slightly different perspective on “crazy.”

One Flew Over the Cuckoo's Nest runs at the Richmond Hill Barn Theatre (600 Robinson Drive, Geneseo) through October 13, and more information and tickets areavailable by calling (309)944-2244 or visiting RHPlayers.com.