Dromio, Dromio, Wherefore Art Thou Dromio?: The Prenzie Players' “The Comedy of Errors” through April 13 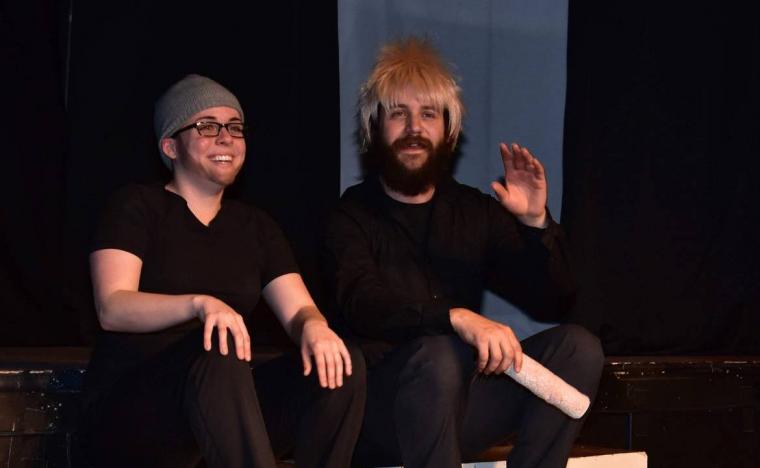 Emma Regnier and Jake Walker in The Comedy of Errors

If you’ve secretly always wanted to see one of William Shakespeare’s plays performed just to try it out, the Prenzie Players' current production of The Comedy of Errors is the perfect high-energy, introductory show for you. Directed by Adam Lewis, the production’s run time of just an hour and 15 minutes is stuffed full of physical comedy and mistaken identities, keeping you fully engaged and entertained.

The plot is pretty straightforward: There are two sets of identical twins and, due to some suspect naming practices, one set of twins are both named Antipholus, while each Antipholous twin is paired with one of their identical-twin servants, both named Dromio. Alas, a shipwreck resulted in a separation of the Antipholus/Dromio pairs early in life. However, when all four of these long-lost twins happen to end up in the same town of Ephesus years later, no one can tell them apart, and hijinks ensue.

Upon arriving at Friday’s opening-night performance, I was pleasantly surprised by how the Prenzies transformed their QC Theatre Workshop space. Jarrod DeRooi is credited with “set construction,” but aside from the floor painted bright white with a texture slightly reminiscent of granite, there wasn’t a whole lot of “set” to be seen. It may consequently be slightly disconcerting as you enter to see the cast of characters milling about and sitting in some chairs near the back. But soon enough, you'll find yourself immersed in this Comedy of Errors, and you’ll quickly pay them little attention. As this production is presented in one act, lighting designer Justin Hager has kept the lighting elements blissfully simple, which greatly enhanced the experience. 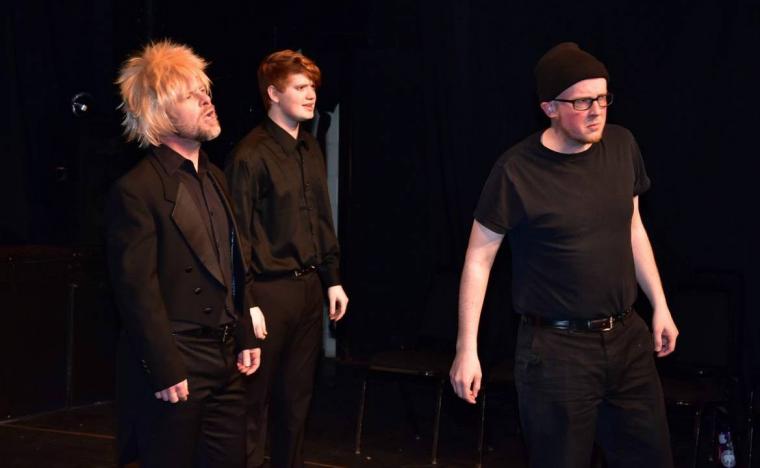 When DeRooi appears on stage as Antipholus of Syracuse, he’s quickly mistaken for his twin brother and forced to dine with his brother’s wife Adriana (Catherine Bodenbender). This exchange renders Dromio of Syracuse (Emma Regnier) profoundly uncomfortable, making him fully perplexed by the entire situation and leading to the very funny consumption of a banana. DeRooi and Regnier play off each other well, and this pair from Syracuse seemed more connected than the pair from Ephesus.

Bodenbender appeared on stage most often as Adriana, but through the clever use of headwear, was also able to swiftly and convincingly become an Officer and the servant Luce. Bodenbender connected extremely well with everyone on stage – and with a bulk of the audience, to boot. There was an especially comical moment in which Adriana and Luce found themselves in a conversation, necessitating Bodenbender to switch places, headgear, and accents in rapid-fire succession as though she had some sort of frenzied personality disorder.

By the time Antipholus of Ephesus (JC Luxton) arrives, we're already deeply invested in the ruse of not being able to tell the identical twins apart, even though in real life Luxton and DeRooi would probably never be confused for one another. The blond spiky wigs the Antipholus brothers wore also contributed nicely to the ridiculousness of the whole situation. Both Luxton and DeRooi were masters of confusion, as it was the primary emotion their characters are faced with throughout the evening, and it was fun seeing how they differed in their approach to this unexpected state of being. 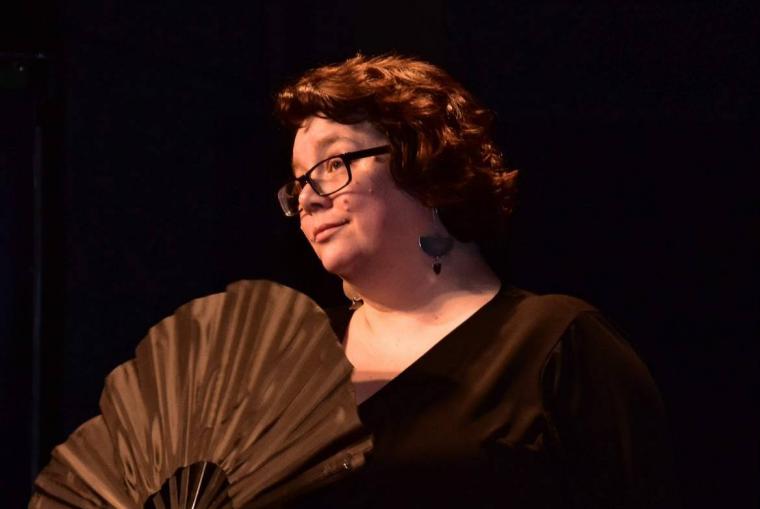 Luxton’s sidekick Dromio of Ephesus (Jake Walker) had a moment in which he was trying to explain what happened to Adriana and her sister Luciana (the delightful Denise Yoder), so he opted to use puppets to drive his point across. It was clearly a highlight to many in Friday’s audience, as the laughter became so loud that it almost drowned out Walker's words. Walker’s Dromio of Ephesus was borderline bawdy at times, and any physical mishaps involving the male anatomy were made at his expense.

Other fun moments included Noah Stivers' goldsmith Angelo begging Antipholus for ducats (money), and John Turner's Doctor Pinch working to heal using – of all things – blinking lights in his palms. But bless her, Kitty Israel’s seamless transition from her role as the courtesan Rosaline to the Abbess Aemilia was perhaps my favorite moment of the evening. Israel subtly turning around a placard, pulling up a hood, and completely shifting her posture changed her – it was a transformation that was immensely satisfying, and wickedly funny, in its simplicity as to happen right in plain sight while other action was going on nearby.

Lewis’ cast of nine makes this Shakespearean production accessible and understandable, and given that Comedy is in its very title, every other minute features something humorous. Ranging from clever wordplay (with just enough modern syntax sprinkled in for good measure) to boisterous physical mishaps (including a spirited, even if not completely serious, sword fight), Lewis’ The Comedy of Errors has plenty for you to laugh at. Whether it’s your first experience or Shakespeare is your favorite, you’ll feel right at home with this production.

The Comedy of Errors runs at the QC Theatre Workshop (1730 Wilkes Avenue, Davenport) through April 13, and more information and tickets are available by visiting PrenziePlayers.com.