Girls, Interrupted: “Little Women: The Musical,” at the Black Box Theatre through June 30 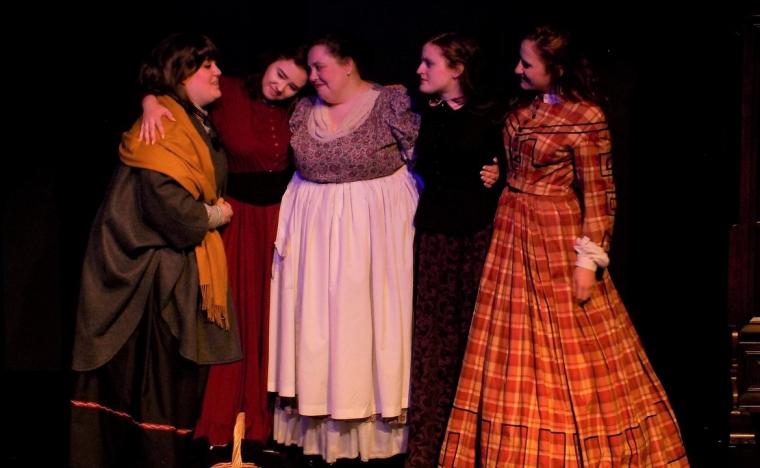 The opening-night, sell-out crowd filling the Black Box Theatre appeared engaged by, and mostly appreciative of, Little Women: The Musical. The talented cast performed with gusto, intelligence, and tenderness, as required. Unfortunately, however, the adaptation itself of the late-19th-century Louisa May Alcott classic left me disappointed overall.

No one can squeeze a several-hundred-page novel (or comic-book series, for that matter) into two hours of drama while pleasing every fan of the source material. But this 2005 show, with its book by Allan Knee and lyrics by Mindi Dickstein, initially made me wonder whether the writers had even read the novel, or if it had been based on a careless skimming of CliffsNotes. Furthermore, while the songs composed by Jason Howland were not bad, they were mostly formulaic and unremarkable. The musical seemed to have been concocted for school audiences, perhaps taking inspiration from Disney's fairy-tale adaptations (which are wildly different from the stories told by Perrault and the Grimms). However, it didn't approach a Disney level of charm.

I also missed the language and cadence of the novel's dialogue. Updated vernacular was necessary to a point, but the Jo from the book, even as impetuous and slangy as she was, would not have said "raise hell." I realize there wouldn't have been enough time to include many of Alcott's florid run-on sentences. However, I would've liked hearing a few, as a taste of the era. The only phrase in this script that I recognized from the book was "Christopher Columbus!"

One thing the show-makers did fairly well was combining, condensing, and changing the book's major plot points to fit into a succinct, stageable drama. Yet there were bumps in this road, too. They devoted too much valuable time to telling and retelling Jo's pulp story, and also manufactured entire songs for bits that only lasted a few sentences in the book. 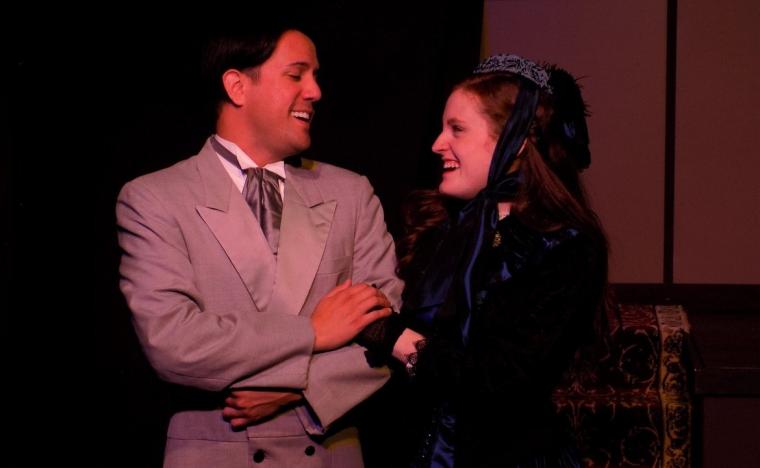 Laying aside my gripes with the script, the production itself is well done. Director Georgia Brown Jecklin and musical director Randin Letendre did a first-rate job assembling the show, and the sparse choreography by Molly Seybert was just enough for the intimate playing space. The set and lighting by David M. Miller are realistic and unobtrusive, as they should be, and the period costuming by Lora Adams is attractive.

When performing in such close proximity to the audience, actors can't drop character for a moment, and I didn't catch anyone at it. Most of the cast have voluminous musical-theatre experience, and it shows. Their voices are excellent, both in solos and while blending with others, and with some numbers requiring expansive vocal ranges, everyone delivers. I especially admired the cast's expert expressions of emotions in song without mangling words or music or losing them altogether. Sobbing while singing is an art.

Little Women is Jo-centric, and the boisterous and driven Kailey Ackermann handles this extensive part with enthusiasm, at times giving her character subtleties not evident in the dialogue. Katherine Zerull, who plays Marmee, is an exceptionally fine actor and singer, and the scene in which she sings "Days of Plenty" was one of my favorites.

Kirsten Sindelar, as Meg, and Molly Seybert, as Amy, are clearly pros, and a pleasure to watch; I would've liked their characters to have been included in more scenes. Abby Bastian's Beth – sincere and sweet without being cloying – seems to have stepped in from the pages of Alcott's book. I was gratified while she was onstage, as hers was the character I felt most truly reflected the novel's depiction. 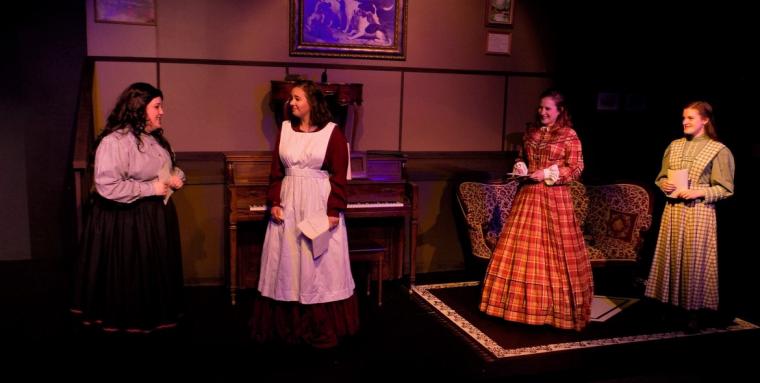 Tommy Ratkiewicz-Stierwalt, who portrays Laurie, handily exhibits the greatest transformation of any character as Laurie grows from bumbling near-boy to man. John Erb's Professor Bhaer is refreshingly low-key and calm next to whirlwind Jo. His delightful "How I Am" is enhanced by the character's atypical agitation.

Steve Trainor, as Mr. Laurence, is appropriately intimidating. Some of his line are jarringly rude – a proper older gentleman of that time would never insult young women to their faces as Knee's version does. Yvonne Siddique's Aunt March is satisfyingly priggish and amusing, while Ethan Bettis, as Meg's suitor John Brooke, is appealing in his few scenes. Meanwhile, Jill Cirivello, who played Mrs. Kirk, was also the production's stage manager, and if this is her first stage role, she's a natural.

I'd like to say that if you've never read the book or seen any of its screen versions, none of the adaptation quirks would matter. However, if you aren't familiar with the novel, you may also not quite understand the show. For example, in the story, the family's (supposedly) shabby piano is replaced with a more ornate instrument. However, in this presentation, one piano with the same sound quality serves as both, with the heirloom one indicated only by a strip of red cloth. I didn't expect two distinct pianos, but there are clearer ways, visually and aurally, to convey the switch.

This skilled company handled their material as well as any could, playing their Little Women: The Musical parts as written, and the cast and crew clearly enjoyed giving it life. You'll most likely enjoy it, too – unless, perhaps, you're a nerd like me who has read the book 50 times. At least.

Little Women: The Musical runs at the Black Box Theatre (1623 Fifth Avenue, Moline) through June 30, and more information and tickets are available by calling (563)284-2350 or visiting TheBlackBoxTheatre.com.