The Girls of Gilead: "The Spitfire Grill," at the Spotlight Theatre through June 16 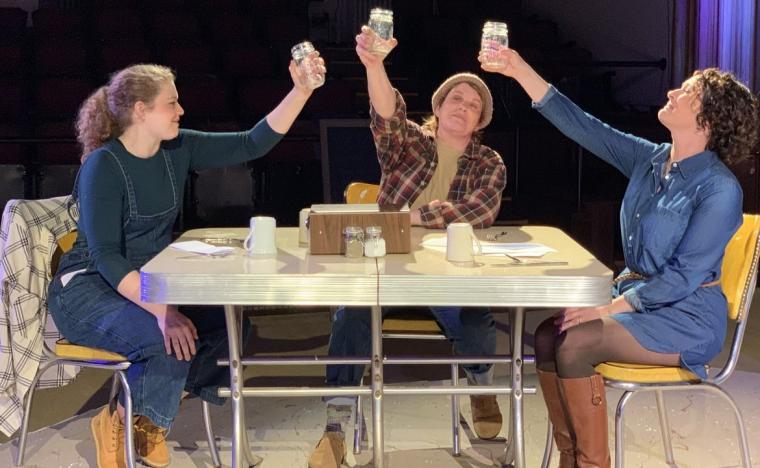 During Friday’s opening-night performance, Megan Warren’s voice pierced the darkness to begin the Spotlight Theatre’s production of The Spitfire Grill, her immaculate a cappella vocals grabbing the audience’s attention before the music and lights even dared join her. Before her first song “A Ring Around the Moon” ends, you’ll be entranced by Warren’s depiction of Percy, if not for her plight of starting over after being released from prison. then because the folksy music so perfectly suits her voice.

Based on the 1996 movie of the same name, The Spitfire Grill – with music and book by James Valeq and lyrics and book by Fred Alley – is a tale that crams a lot into its two acts. On the surface, it’s the story of Percy’s redemption as she rebuilds her life with a new job at the titular local dive in the dying small town of Gilead, Wisconsin. But this musical goes deeper than the typical stranger-in-a-small-town stereotype, instead becoming something more powerful with its “girl power” overtones.

The women of this production, directed by Kelsey Walljasper, are something special. Warren is wonderfully complemented by the Spitfire’s owner Hannah (Nancy Teerlinck) and the under-appreciated housewife Shelby (Sara Tubbs) – these three making up the show’s main power trio –and they're assisted by the gossipy, small-town postmaster Effy (the ever-formidable Jackie Patterson), who is loveable in her own way. 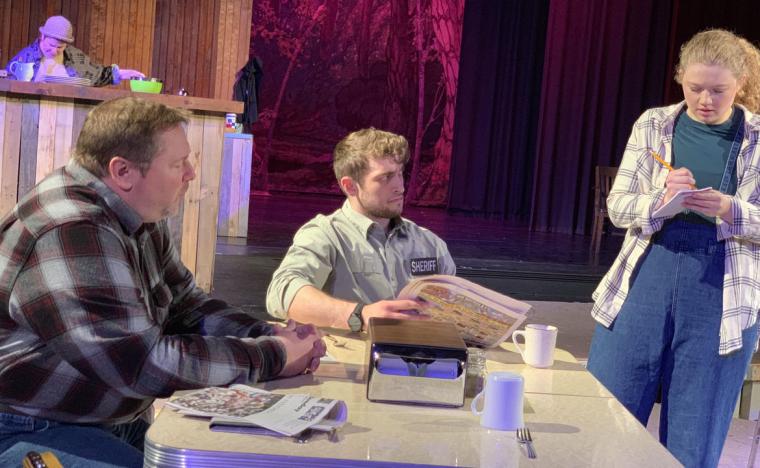 Teerlinck’s crotchety Hannah doesn’t seem to care much what happens to her restaurant (as she’s been trying to sell it for 10 years). So after an accident puts her out of commission, she leaves Percy – who can’t cook at all – in charge, with Shelby there to help. Once the surfaces of these characters has been scratched, they all find strength and added complexity. But from the production's beginning, these performers' vocals are a listening pleasure. Tubbs' voice pairs beautifully with Warren’s (who doubles as Spitfire Grill's music director), and their duet “The Color of Paradise” is the vocal highlight of the show. While Teerlinck is given less to do musically, her big song near the end, “Way Back Home,” is layered with enough grief, anger, and concern to let Hannah bare her soul – and pack a big punch.

Walljasper made some interesting directorial choices with this production, most of which worked well. In this Spotlight Theatre case, there was a thrust setting – with a rustic set designed by Jay Witmore – and Walljasper utilized the aisles and stairs within the space's unique architecture. This stage set-up paid off, because The Spitfire Grill feels intimate, with its heavy themes and small-town, can-do attitude bringing the action right up to, and into, the audience, allowing patrons to feel invested in the way of fellow citizens of Gilead. The exception to this came with the song “Shine,” in which Percy found herself singing to the sunrise in the woods – which, in reality, was above the heads of almost all the theatre’s patrons and likely led to a few kinked necks. (A quick glance around suggested that most people made the same decision I did: to just face forward and listen rather than watch Warren.) Designer Brent Tubbs had his show's lights on the gorgeous forest backdrop change throughout the song in an attempt to keep it interesting, but sadly, being largely unable to visually connect with Percy lessened the poignancy of this emotional song. 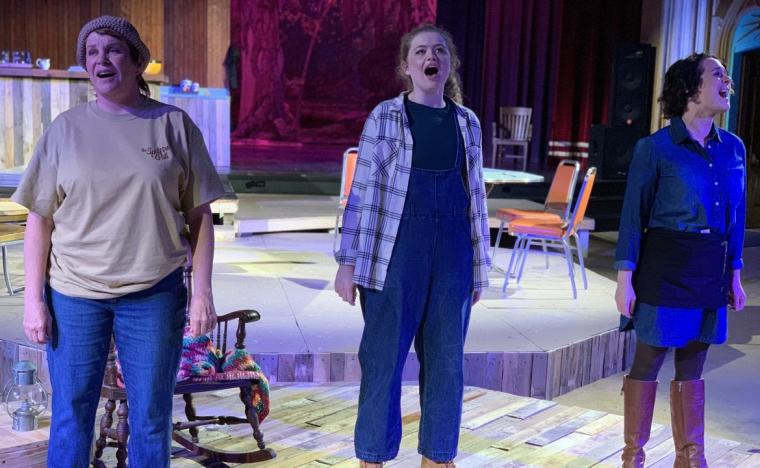 Another aspect of this production I questioned was Alexis Lotspeich’s costume design. For the most part, the '90s denim and flannel seemed suitable for small-town Wisconsin, but the contrast between Percy’s frumpy, shapeless outfits with mismatched headbands and Shelby’s tasteful, I-just-stepped-out-of-a-magazine look was jarring. Shelby was just too well-dressed for the somewhat oppressed housewife her character was, and it distracted from her plight.

Just because the women of this production were so outstanding, though, doesn’t mean the men didn’t significantly contribute to the show’s overall success. Chase Austin’s warmhearted sheriff Joe was a delight, especially during his “The Wide Woods” duet with Warren. The closest thing to a villain in this production was found in Caleb Thorpe (Christopher Tracy), who even still was sympathetic, especially when Shelby finally stood up to him at the beginning of the second act; the audience’s satisfied applause drowned out Tracy’s singing. Rounding out the cast was Brant Peitersen’s mysterious, silent character. I won’t say it didn’t annoy me that Peitersen failed to take his loaf of bread with him after his penultimate visit, letting it unnecessarily sit there for the rest of the show (because yes it did), but seeing his character’s story unfold was satisfying, albeit completely predictable.

The Spitfire Grill runs at the Spotlight Theatre (1800 Seventh Avenue, Moline) through June 16, and more information and tickets are available by calling (309)912-7647 or visiting TheSpotlightTheatreQC.com.