A Good Time, and I'm Not Lion: “Madagscar: A Musical Adventure,” at the Circa '21 Dinner Playhouse through July 2 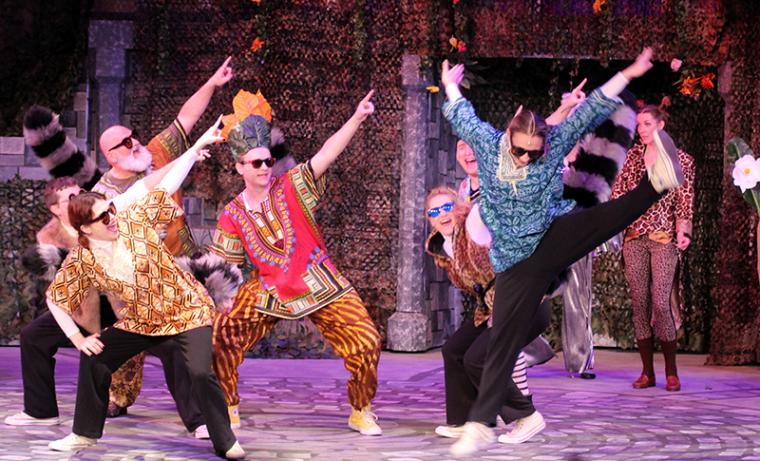 There are so many life lessons to learn when you bring children to live theatre. For instance: patience. There was a pretty full house for the Circa '21's Saturday-afternoon production of Madagascar: A Musical Adventure. While the bustling crowd was delightful, getting everyone to their seats and settled took an extra little bit of time. I think exposure to the theatre, though, is so important for kids, and Circa 21's children’s show, directed by Brad Hauskins, did not disappoint, with life lessons continually pouring through the plot.

For instance: Exactly how does one dress like a zebra? Costume designer Ellie Larson teaches us that less is more; there’s no need for masks or fluffy one-piece outfits straight from Spirit Halloween. In fact, all the animal costumes here were merely reminiscent of the creatures they were meant to be, employing only clothes one might actually find in their closet. Apart from just looking great, this was an entirely practical choice, as the actors could dance and roll on the ground without obstruction from what they were wearing. There was one furry element, and that was of the lemurs’ tails: Larson had all four lemurs sporting giant tails that somehow took on a life of their own, and were especially compelling to watch during the big dance numbers. I also really appreciated some of the ingenious hairdos – the ponytails that resembled giraffe horns were notably clever. 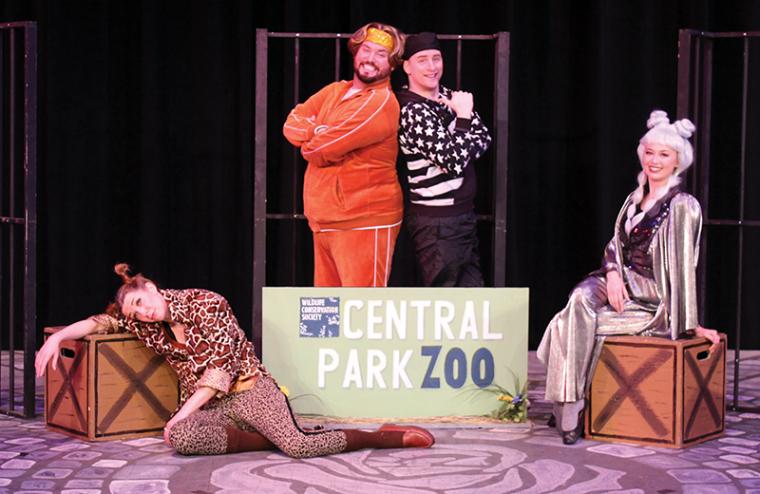 Madagascar’s Dreamworks Animation movie came out in 2005, so in case you need a recap of the basic plot written for the stage by Kevin Del Aguila, with original music and lyrics by George Noriega and Joel Someillan, the show is a veritable lesson in friendship. Marty the Zebra (a crackalackin' Bobby Becher) lives in the Central Park Zoo with his friends Alex the lion (the roaring Nicholas Munson), Gloria the hippo (a glamorous Hannah Borells), and the hypochondriac giraffe Melman (expertly portrayed by Sarah Hayes). Marty’s deepest birthday wish is to “experience the wild,” and he gets the gumption to make that happen for himself. His friends come to bring him back home to the zoo, and the group wanders around New York. After being captured by Janos Horvath's zookeeper, they end up getting sent via boat to a wildlife preserve in Africa. But due to the mishap of the boat's commandeering by a waddle of penguins heading to Antarctica (an exceptionally strong Derrick Bertram, Kirsten Sindelar, Carly Amerling, and Kelsi Ford) who have also managed to escape the zoo, they end up in Madagascar for a grand adventure. Only, Alex hasn’t eaten any meat in a day! With only seaweed available, what’s a carnivore to do?

Luckily, the friends stick together, and have a blast doing so. If you are in need of a lesson in how to move it, move it, then Hauskins’ production has that covered, too. I must say, the stage version of that song led by Jake Daley’s King Julian is significantly less annoying here than the Reel 2 Reel classic, yet it's still a high-energy number, and boasts some animated dance sequences. Choreographer Robyn Messerly did a phenomenal job making the dance numbers bubbly and interesting to watch. There are a lot of smart arm movements, and the large group numbers were all-around fantastic. (I even spotted some youths in the audience dancing along well before they were invited to do so in the curtain call – the dances were just that fun!) Music director Shelley Walljasper landed a talented bunch and they didn’t skimp on the vocals one bit. 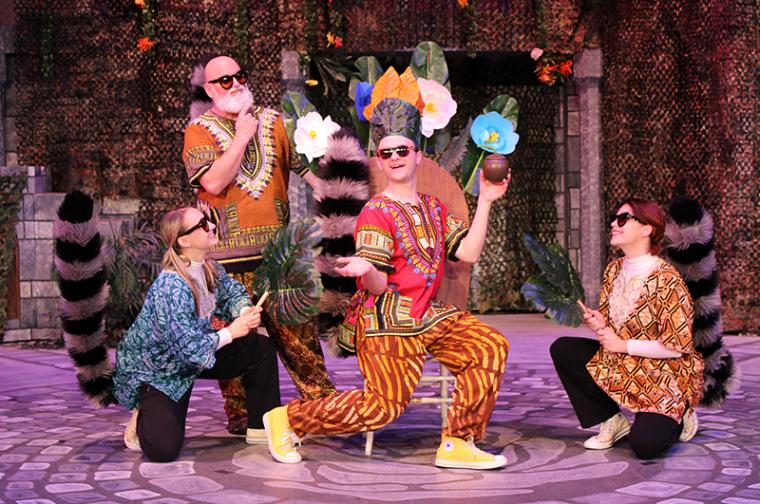 My personal favorite musical number of the show was a little ditty called “Steak,” sung by a starving and dreaming-of-meat Alex. Munson did a grand job crooning out his ode to red meat, and stage manager and properties guru Kendall McLasson created some lovely T-bone steak-on-a-plate puppets that sang backup. And sure, there might not be an obvious life lesson for kids to savor in this particular moment of an apex predator’s dietary needs, but Alex’s innermost desire for tender, juicy steak ignites a whole mood, and I can respect that.

Another life lesson to take away: The grass is not always greener on the other side. As it happens, Marty’s birthday dream is realized in Madagascar, but living in the wild comes at the expense of his best friend’s appetite. Turns out that neither Marty nor Alex is happy when the other is miserable, so they make the decision to return to New York. (Antarctica proves a little cold for the penguins.) The happy ending is a dance party in and of itself, and totally worth the time spent out of the heat, and Circa 21's Madagascar: A Musical Adventure is a grand, hour-long adventure boasting catchy tunes and lively dance numbers. Whether this production might be a youngster’s first theatrical experience or 32nd, there are lessons to be learned, and fun to be had, for everyone in this memorable Madagascar.

Madagascar: A Musical Adventure runs at the Circa '21 Dinner Playhouse (1828 Third Avenue, Rock Island IL) through July 2, and more information and tickets are available by calling (309)786-7733 extension 2 and visiting Circa21.com.