Hark! The Herdman Angels Sing! : Quad City Music Guild’s “The Best Christmas Pageant Ever: The Musical,” at the Prospect Park Auditorium through December 8 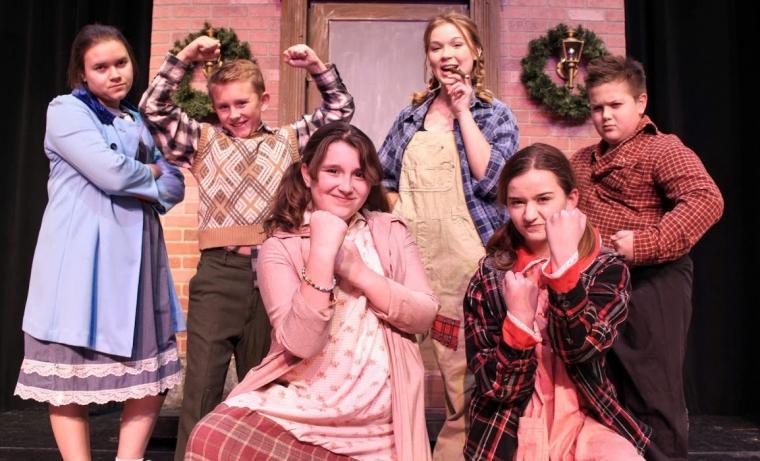 If you’re looking for an easy way to get revved up about the holiday season, I suggest director Kevin Pieper’s area premiere of The Best Christmas Pageant Ever: The Musical at Quad City Music Guild. This upbeat musical comedy will certainly warm your heart and sweetly remind you of what’s truly important this time of year: kindness.

The Best Christmas Pageant Ever: The Musical is a charming adaptation of the bestselling children’s book by Barbara Robinson. When the longtime director of the annual church Christmas pageant, Helen Armstrong (Terri Nelson), breaks her leg, directorial responsibilities unexpectedly fall to Grace Bradley (Katherine Cobert). With the sudden duties, and the awful, bullying Herdman children suddenly demanding parts in the pageant, Grace has her work cut out for her.

Within the first few minutes of Monday’s dress rehearsal, the scene was set to Christmas days of yore, in which uppity church ladies rule the choir and the “nice” kids are collectively scared of the “The Horrible Herdmans.” If the Horrible Herdmans song wasn’t so darn catchy and upbeat, you’d pause to think about how unfairly the adults judge the six Herdman children (Jordan Dodd, Lillian Colbert, Alex King, Erica Heiselman, Tori Vedvik, and Marley Haley) who, even from the get-go, aren’t so much as scary as misunderstood. Music director Mitchell Carter has the cast singing beautifully throughout the production and the show’s music is toe-tappingly peppy all around.

One of my favorite songs of the evening was “Countin’ on You,” in which the church ladies (Michele Lefler, Kateeya Brown, Alexandra Minyard, and Bre Maddelein) and Helen jointly call Grace from Helen’s hospital room. As they work to cajole, convince, and guilt Grace into taking over as director, Grace’s family (Tyler Henning, Melodie Hoffman, and Luke Woodruff) rails against that possibility as they don’t appreciate the Christmas pageant one bit. The high-energy song was cheery and, most importantly, extremely relevant, as I’m sure many people willingly undertake more commitments than they really want to this time of year. 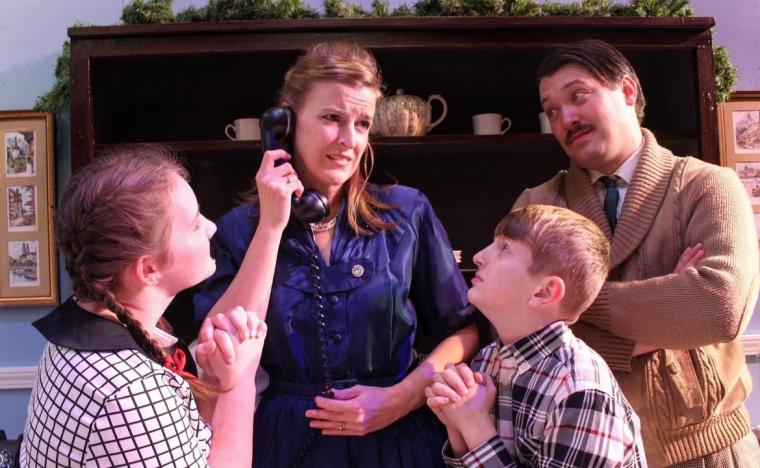 I’m happy to report that, while it’s been ages since I read Barbara Robinson’s book, this musical production impeccably captures the spirit and heart of the story I so fondly remember. This is a funny show, and Pieper’s cast does an excellent job hitting their punchlines. I laughed out loud a number of times during this delightful evening of theatre.

Perhaps the funniest scene was when Woodruff’s Charlie Bradley leads the children in a huge production number about how he doesn’t mind one bit that the horrid Herdmans stole his lunch because the snacks at Sunday School are so good. The “Take My Lunch” number was a great vehicle for showcasing the wonderfully talented kids in this cast and was choreographed extremely well by Valeree Pieper.

Meanwhile, Lillian Cobert’s Imogene Herdman (the ringleader of the Herdman six) decides that Sunday School sounds too good to miss, so she rallies her siblings and shows up. After hearing about the Christmas Pageant’s existence, Imogene commandeers the lead role of Mary and the rest of the Herdmans follow suit so that they all end up playing lead roles, much to the chagrin of an already reluctant Grace and others who’ve played these roles in the past. Cobert’s ease on stage makes her forceful character stand out in a good way and, even though we are meant to be wary of Imogene, you can’t help but root for her. 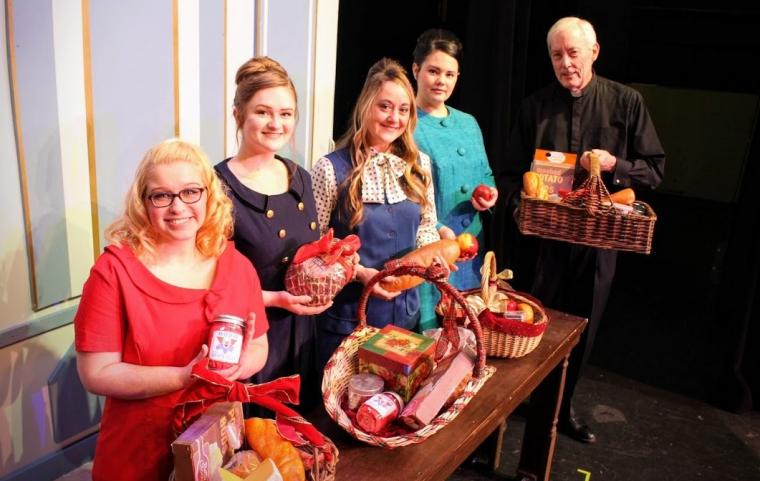 Heidi Pedersen’s costumes set the scene nicely, bringing back fond memories of jolly Christmases past. My only issue, admittedly a nitpicky one, was that Grace’s pageant dress blended with the angels a bit too well, making it hard to find her in a sea of white. With the half dozen Herdmans sporting sneakers instead of Mary Janes or dress shoes, they visibly stood out from the crowd as different, whether in street clothes or pageant costumes.

By the time the pageant arrives, an overwhelming feeling of joy fills the theatre, not only when the characters figure out the true meaning of Christmas, but also as the audience is reminded to not judge a book by its cover and that perfection isn’t always relevant to success. Whether you feel more like a Herdman or a Bradley, the laughs, catchy music, and relatable characters in Pieper’s production really do feel like the best Christmas pageant you’ve ever had the pleasure to witness.

Monday’s rehearsal had a few minor snags: A few shifts would have benefited from a longer underscoring of music, and some microphones needed to be turned up a little faster before their wearers started talking. But with a few more days of rehearsals under their belt, those little kinks will almost certainly have worked their way out. The Best Christmas Pageant Ever: The Musical is bound to fill you with Christmas spirit, so get your tickets for this one-weekend run quickly!

The Best Christmas Pageant Ever: The Musical runs at the Prospect Park Auditorium (1584 34th Avenue, Moline) through December 8, and more information and tickets are available by calling (309)762-6610 or visiting QCMusicGuild.com.