Inner Piece: “Your Better Self,” at the Mockingbird on Main through July 16 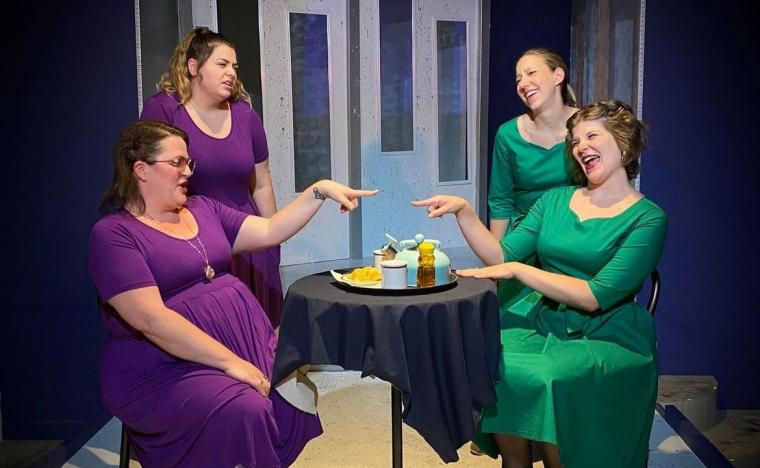 Emmalee Hilburn, Shyan DeVoss, Jo Vasquez, and Sydney Dexter in Your Better Self

Do you have an inner monologue? You know: the innermost part of your brain that says what you actually think, or the part of you that knows you’re awesome even if you have difficulty outwardly expressing that to others? In Alex Richardson’s new play Your Better Self, currently running at the Mockingbird on Main, the audience is granted the chance to listen to its female characters' “better selves,” resulting in some great comedy and a fair bit of introspection.

Directed by Cynthia Taylor, the show begins with Sydney Dexter's Zenola setting the table and practicing what she’ll say when her old college friend arrives. After a few tries, she decides to listen to her mindfulness app (or podcast … it wasn’t entirely clear) with her guide Miranda (Alisha Hanes). Miranda dutifully leads Zenola down the path of self-realization until – pop! – here comes Zenola’s “better self” Nolie (Jo Vasquez), who's barreling in because she doesn’t really agree much about Zenola’s life choices.

By the time college friend Antoinette (Emmalee Hilburn) arrives for tea with her better self, Toni (Shyan Devoss), in tow, we’ve already learned a great deal about Zenola – principally, that she’s unhappy, and longs for Antoinette’s husband John (Adam Cerny). Richardson’s script consequently looks at how inner monologues manifest themselves in actions, as well as what it means to be happy. And it seems neither Antoinette nor Zenola are genuinely happy in their current circumstances – nor are they truly even friends. 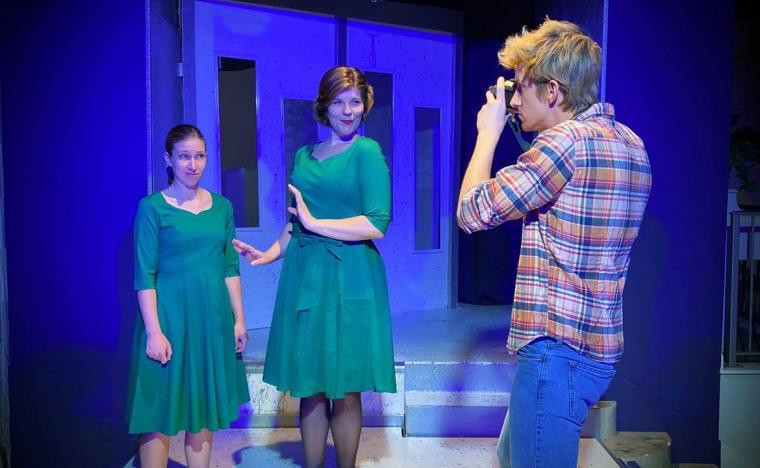 I appreciate designer Savannah Bay’s choice to consistently put Zenola/Nolie in green while Antoinette/Toni rocked purple. That attention to detail between the two selves was clever. Sometimes they were roughly the same, and at other times they were nothing alike, which offered visual insight into how each character was really feeling at any given moment; the more dissimilar they were dressed, the more Antoinette or Zenola were clearly faking it. Taylor, meanwhile, included many small moments that offered additional insight into the characters’ true feelings, though it was often difficult to know who to look at, especially in scenes featuring four or more cast members.

We revisit Miranda recording the mindfulness app throughout Your Better Self during scene transitions, and even she dialogs with her better self Chloe, played by the spunky – and unfortunately never-seen-on-stage-until-the-curtain-call – Inna Gomez. It’s an interesting choice that only the show’s women appear to have better selves. While, sure, having too many iterations of the same people in the intimate Mockingbird space would have felt cramped, I also think this was more of a statement about the inner minds of women being a tad more complicated than those of men.

Certainly, the husbands we meet don’t seem very complicated. Cerny’s photographer John was broke, and desperately seeking any sort of connection to feel an emotion other than emptiness. Eric Teeter’s businessman Charles was single-mindedly stuck on feeling powerful and was willing to do whatever kept him feeling in charge. It was almost a letdown at how one-track-minded the men were, because it certainly felt like Cerny had more to give, though his burst of anger the final time we saw him was deeply memorable. Hillburn and Teeter also deliver a scene that completely showcases that, while Hillburn is a queen when it comes to comedy, she can expertly handle meatier content, too, thank you very much. 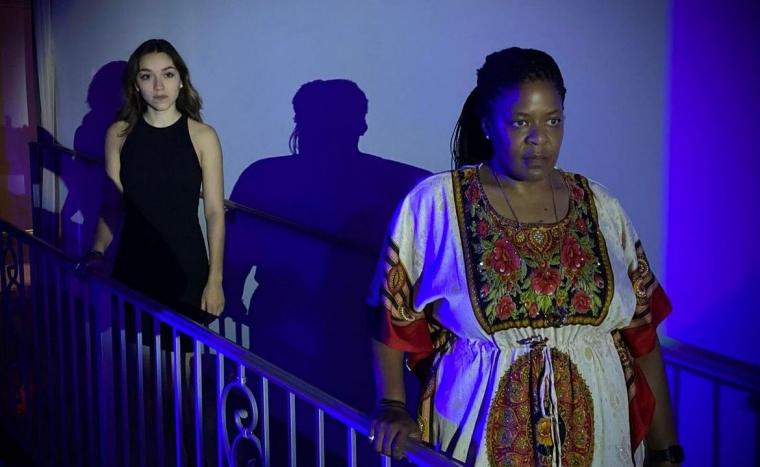 The collective women’s connections with their better selves were also excellent. Dexter and Vasquez were magnificently paired, as were Hillburn and Devoss. As these duos were two sides of the same coin, it would be intriguing to see the roles of the female selves switched on a separate night just to see what the other person would bring to the table in the role. Nevertheless, Hillburn and Devoss, in particular, are comedic gold, and I wish there were more of the pair featured throughout the night. While Zenola still had a lot to learn about her old flame, the audience could certainly see the trainwreck coming a mile away.

Script-wise, as with any new work (and even plenty of old ones), the story itself isn’t perfect. From my perspective, having Miranda and Chloe chat through scene changes made the shifts not seem as long, but also didn’t contribute much to the plot. In truth, I was confused as to why the Miranda/Chloe roles were included until the very end, but even then, I didn’t find the character combo completely necessary. And in my opinion, as a one-act running two full hours, some cutting here and there wouldn’t have hurt the production. (Or maybe the team could've just opted for an intermission to give the audience a chance to move around a bit?)

As for the conclusion of Your Better Self, it left me with more questions than answers. Was the takeaway meant to be that Antoinette was in fact, the worse self, and her realistic inner-self Toni a better version of her, than a fake-happy Zenola? I don’t know. But I am thinking about it still … and maybe that, in and of itself, is the point? If you check it out for yourself, I’d love to chat with you about your take.

Your Better Self runs at the Mockingbird on Main (320 North Main Street, Davenport IA) through July 16, and more information and tickets are available by visiting TheMockingbirdOnMain.com.