Ire Land: “Outside Mullingar,” at the Richmond Hill Barn Theatre through August 15 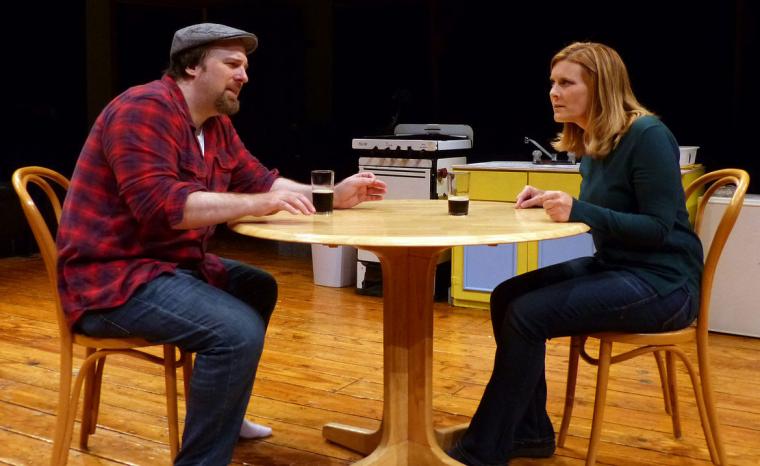 Geneseo's Richmond Hill Barn Theatre is a beautiful space, but a major challenge for actors. Not only does your work need to be subtle and expressive, as the entire audience is within spitting distance (disclaimer: the actors do not actually spit at the audience), but the stage's in-the-round nature means that you must be acting every single second – there's no turning around to hide an out-of-character giggle or burp.

Happily, director Jennifer Kingry cast four of the area's premier talents for Outside Mullingar, the 2014 Tony nominee for Best Play that marks Richmond Hill's return to business as usual after nearly two years of darkness. When I sat down for Saturday's presentation of this dramatic comedy, I was already impressed by the high quality of the performers' credits, along with the large quantity of shows each has done. I was soon to be dazzled.

Susan Perrin-Sallak and Adam Michael Lewis have appeared in a combined total of 67 percent of area shows over the past 30 years. (I completely made up that figure, but you get the idea.) Kevin Babbitt and Jessica White, meanwhile, appeared in 2019's The 39 Steps at Richmond Hill, which was also directed by Kingry. In that show, they demonstrated that they could play multiple disparate roles with ease. At least, they made it look easy.

At the top of Outside Mullingar, when Babbitt walked in as Tony Reilly, I saw his face and deduced: rural, kinda fed up with everything, but determined to carry on. I was right. And when he spoke, I deduced: Irish. So very Irish. (Okay, fine – I knew that part going in.) While Babbitt had already proved in The 39 Steps that he can rock any accent in the United Kingdom, his brogue was still satisfying to listen to. But then, every one of cast members Irish-ed it up excellently. Playwright John Patrick Shanley's parents were Irish, so when the turns of phrase sound charmingly authentic, they actually are. 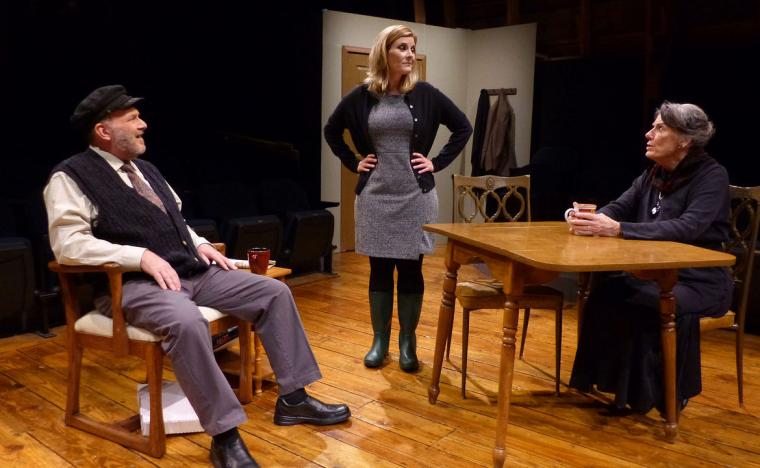 Tony is a farmer, and one of the things he's fed up with is his son Anthony, played by Lewis – and the feeling is mutual. However, there's something endearing about their father-and-son carping. Although it's clear that they've gone over these particular old grounds together again and again, there is affection amid the exasperation. A later scene proves how deep that affection is.

Lewis' expressiveness is amazing. He has strong backgrounds in both comedy and Shakespeare, which serve him well here, and seems to have myriad versions of put-upon eye-rolling without actually rolling his eyes. Like Babbitt, Lewis is a theatre educator, and both give the lie to the old saw "Those who can't do, teach."

Aoife, portrayed by Perrin-Sallak, is the Reillys' longtime neighbor and practically one of the family. Therefore, after she enters, the mild carping continues and gossip ensues, as does discussion of a longtime land dispute and a recent, still-raw loss they've suffered. Perrin-Sallak comes off as both classy and a regular gal in the role. I imagine that in some perilous situation, like being in a leaky boat, Aoife is the person I'd want to have with me. She'd pitch in wholeheartedly with bailing out the vessel, and look elegant while doing so, but she'd also be berating me for letting it happen. 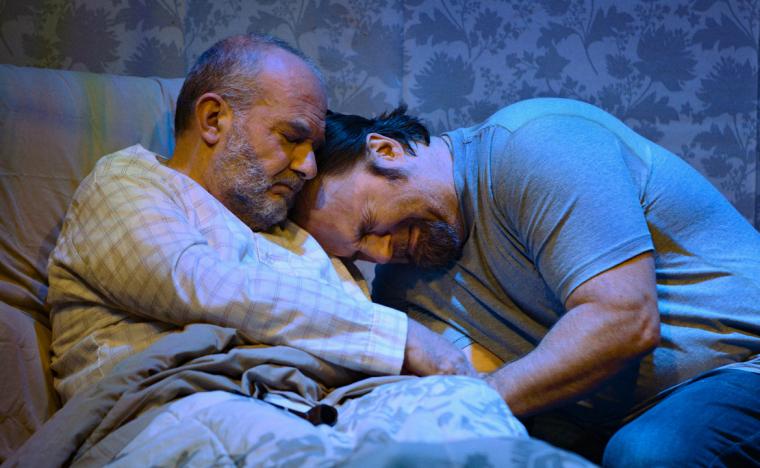 Rosemary is Aoife's daughter and the fourth member of this neighbor-family. At first, she appears abrupt and detached, bordering on rude, and seemingly would rather be outside in the rain smoking than inside socializing. As the play transpires, however, we learn that she has reasons for avoiding the Reillys, and her toughness is a facade, as it so often is in real life. White's performance as she reveals Rosemary's layers is truly compelling.

Kingry, as usual, exploits her playing space's features rather than treating them as limitations. In Outside Mullingar, the audience surrounds the stage and there are multiple settings, two of them outdoors. How would you present a pair of adjoining fields in the round? The solution of this director (who is also the set designer) is simple and stylish: She does it through the employment of a very realistic-looking segment of low wall topped with moss, set on an angle from corner to corner, on which actors can sit diagonally from their respective sides and still talk face-to-face. (Set builders Mike Skiles and Jim Skiles and painters Eugenia Giebel and Stacy Herrick also deserve applause – unless, that is, someone actually stole this wall from a real field.)

I have tangible evidence of how captivating this theatre experience is. The page of my notebook which has the words “Outside Mullingar" at the top is otherwise blank. I was so enthralled that, for the first time in my reviewing career, I didn't take any notes at all.

Outside Mullingar runs at the Richmond Hill Barn Theatre (600 Robinson Drive, Geneseo) through August 15, and more information and tickets are available by calling (309)944-2244 and visiting RHPlayers.com.