Just One More Thing … : “Prescription: Murder,” at the Playcrafters Barn Theatre through November 17 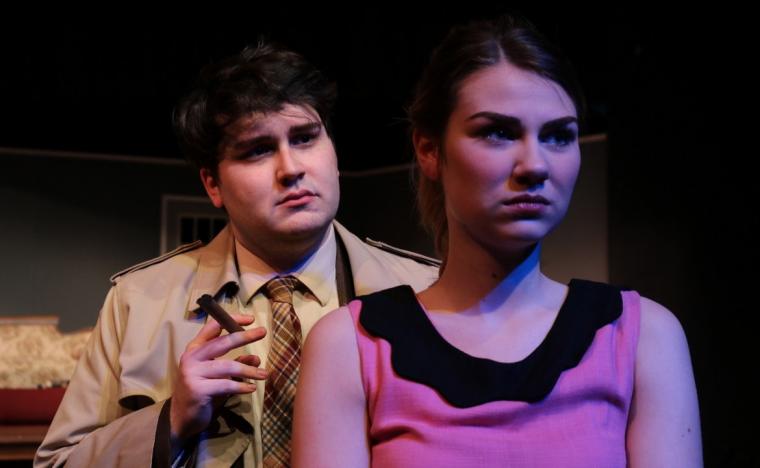 Prescription: Murder is the final show in the Playcrafters Barn Theatre's 90th season, which consisted of 11 productions in as many months. (After this, Barn members are taking a well-deserved rest of a month or so before staging their next presentation in February.) I saw Friday's opening-night performance, and if any of the cast, crew, and staff are exhausted from their busy year, it certainly wasn't apparent. Everything flowed.

Playcrafters' latest debuted in 1962, and its roots are tangled. Originally a short story by William Link and Richard L. Levinson, it inspired a television vignette, which evolved into this play (by the same writers), which begat a movie of the week, which led to another film, which prompted network execs to green-light the long-running television series Columbo, which debuted in 1971.

Eric Teeter is the director, as well as the sound designer and fight choreographer. I've enjoyed his performances onstage (particularly in July's Something Intangible), and here, he proves he can helm an entire show, as well. Prescription: Murder is a pleasurable production in every aspect, from script to set to acting to pacing.

Admittedly, I was initially miffed when I saw that the actors playing murderer and victim had identified themselves as such on Facebook before I saw the show. I forgive them, however, because as it happens, their roles in this mystery are revealed early on. (And there's nothing I can do about the spoiler in the title.) 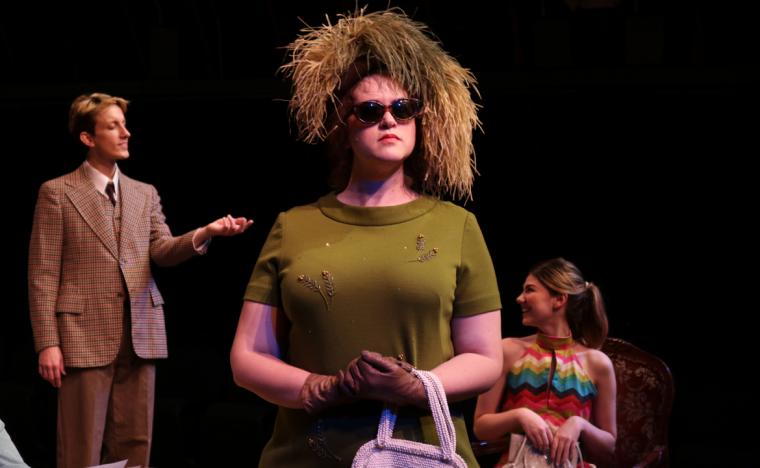 The unstoppable Adam Cerny plays Dr. Flemming. I marveled at Cerny's skill on the Playcrafters stage last month playing a younger man in 4000 Miles, and in this role – one for which he had only three weeks of preparation – the actor demonstrates that he's just as able playing an older man. With his posture and demeanor, Cerny broadcasts who this doctor is at his first entrance before he even speaks – intelligent, arrogant, stiff, calm but tightly wound. (I advise you to take a seat on one of the sides of the thrust stage, as the actor plays much of his role upstage and you'll want to see his face throughout.)

Alexander Richardson, as Lt. Columbo (whose first name has never been spoken in all the character's iterations), is considerably dewier than Peter Falk, who famously played him on the small screen. However, his character is just as disarmingly rambling, unkempt, and clever. At Friday's performance, it took Richardson a little while to warm up to the role, but once he got into the groove, each of his entrances sparked in me ravenous anticipation of his next ploy. The quotes we know from the TV show, as well as Richardson's distracted bits of business and underplayed chuckles, got the audience laughing. (He's also the show's lighting co-designer, the theatre's box-office manager, its Web master, producer for this season's Barn Owl series, served on Playcrafters' board of directors, and is a playwright and director. Dude knows theatre.)

Kassidy Sutherland makes her Susan a sympathetic character, despite her questionable deeds. I feared that Susan would be played as a one-dimensional, easily manipulated woman, but she is more, and Sutherland shows both her fear and her strength. I was stoked to see her onstage again, as she was so marvelous in a lead role in Playcrafters' She Kills Monsters in August, and in this show, she portrays a much different character, delivering a show-stopper line that made the audience gasp.

Elle Winchester, younger than her character Claire, portrayed her advanced age expertly. She also made Claire whole and real, not hammering the same emotional note or confining her to one aspect, and was loving, irritating, intelligent, and flighty. (I know a lot of people like that. They drive you crazy, but you love them. Sometimes.) Winchester was wonderful in Playcrafters' Five Women Wearing the Same Dress in June, and I enjoyed her take on this role, too. 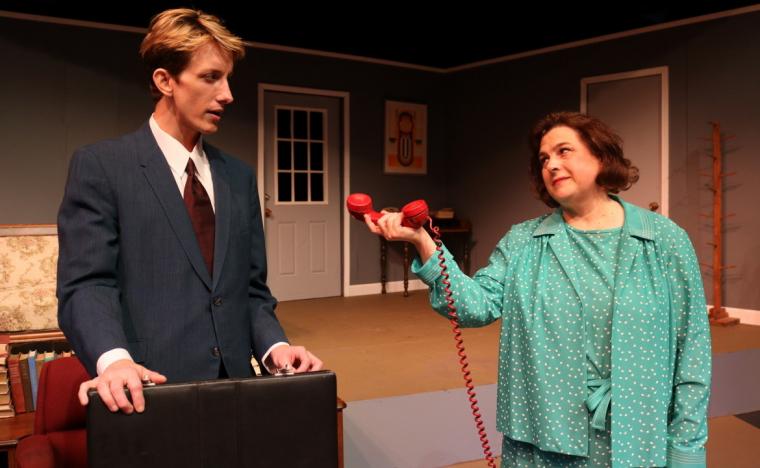 Yvonne Siddique, a long-time performer on many local stages, plays Miss Petrie, the psychiatrist's secretary, while Dave Moreland plays the doctor's friend Dave, a role he seemingly was born to play. Nolan Schoenle, meanwhile, makes his onstage debut as a delivery boy, and also served as technical director for this and other productions. Each of these actors in smaller roles took care to present believable characters. Nobody phoned it in.

While I heard every word clearly, there were a few mic bumps and other odd little sounds coming from the amplification system on Friday. (I empathize, as acting with mics annoys me, too – they are such fickle creatures.) And something else bothered me on opening night, as lifeless bodies that were totally convincing otherwise would be well advised to not jump up at the end of scenes before the stage lights come down.

Oh, and just one more thing in case I haven't made it clear: Playcrafters' Prescription: Murder is very entertaining – and absorbing. I was so caught up in the action that when the house lights came up for intermission, I was startled, thinking Act I can't be over already! Maybe someone accidentally leaned on the light board! But nope – an hour had already passed. Make room in your schedule to see this one.

Prescription: Murder runs at the Playcrafters Barn Theatre (4950 35th Avenue, Moline) through November 17, and more information and tickets are available by calling (309)762-0330 or visiting Playcrafters.com.