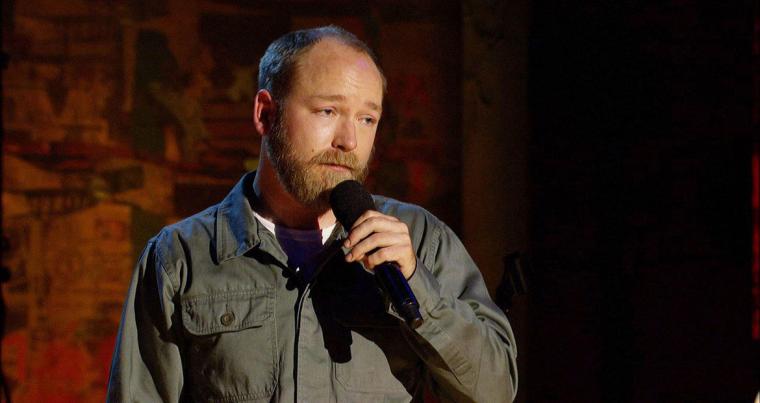 People pursue careers in comedy for all sorts of reasons: to make others laugh, to express opinions, to get back at their parents. (That last one is just speculation, Mom and Dad.) But as stand-up comedian Kyle Kinane tells it, his motivation was simpler: to do as little as possible.

“As a kid, comedy was something I watched on TV,” says Kinane during our recent interview. “And I couldn’t really understand how it worked, because somebody would just talk, and that was it. You didn’t have to act, you didn’t have to do stunts – you just talked, by yourself, and people would laugh, and that was a job. I was pretty fascinated with that, and, when I first started, I think I knew I was gonna do it forever.”

Yet for someone who attended college because he thought that “if you didn’t go, you had to get a real job, and I didn’t want one of those,” Kinane’s job has found him doing far more than he initially expected.

In addition to Kinane’s active touring schedule – which finds him performing at the Codfish Hollow Barn’s Turnbuckle Comedy & Music Festival on May 27 – the comedian is a frequently employed voice-over performer, his credits including characters on Bob’s Burgers, TripTank, and Right Now Kapow. He’s acted on-camera in series such as Workaholics, Those Who Can’t, and Netflix’s Love. His comedy-album debut Death of the Party led to three others, most recently 2016’s Lose in Chicago.

Kinane is also a veritable Comedy Central fixture, famed for his stand-up specials, his appearances on the game show @midnight and Emmy-nominated Drunk History, and serving as the channel’s voice for on-air announcements since 2011. And because he’s clearly not busy enough, Kinane finds time to co-host the weekly podcast The Boogie Monster with fellow comedian Dave Stone, in which the friends share their thoughts on much of what Kinane discusses in his stand-up: food, sports, politics, and, as Kinane says, “whatever goofy stuff we’d talk about sitting at a bar anyway.”

Growing up in the Chicago suburb of Addison, Illinois, the comedian says he’s always had a soft spot for goofiness.

“I’m sure I’m supposed to say I was influenced by, like, Bill Hicks and Richard Pryor,” says the 40-year-old Kinane. “But it was really guys like Bruce Baum – the kinds of guys that people would look at as hacks. I just liked the silly stuff. Like Gallagher, you know? I’m nine years old, and he’s smashing watermelons, and I’m like, ‘How do you get to do that? Smashing watermelons on stage – that’s your whole thing?!’ It’s still amazing to me.”

Although he eventually earned a bachelor’s degree from Columbia College Chicago (“The lie I told myself was that I was going to be a writer”), Kinane says his career trajectory actually began with his first stand-up set, at age 22, at Chicago’s Red Lion Pub.

“It was an open-mic hosted by Mark Geary, who’s still doing shows there to this day,” says Kinane, “and I can’t really remember the jokes I did. I do remember watching comedy there for months before I ever went on-stage. But I wasn’t looking for success stories. I liked seeing the people who’d fail and still come back, and then do well the next week, and then maybe fail the week after that. It made me think, ‘Okay, it’s not the be-all-end-all if I do poorly at this.’ And even though I was probably just obnoxious, everyone thought I was funny at parties, so I thought, ‘Let’s try it out in front of strangers.’

“So I got into it,” he says, “and that was it. I graduated and moved to California. Comedy was one of the first things I did that I was bad at but was still going to do no matter what.” 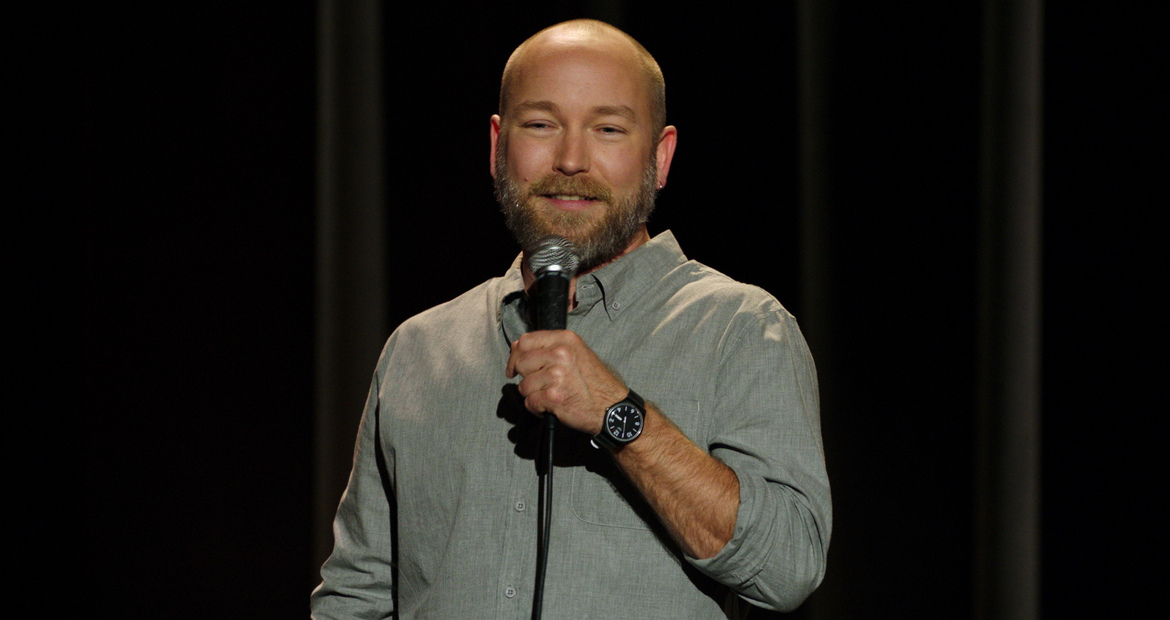 Over the decade prior to his 2010 Death of the Party breakthrough, Kinane says that performing stand-up “wasn’t about making money so much as just getting out there and peddling my wares, you know? I figured I’d worry about money later. I just wanted to get out there and be funny.

“It’s like how guys have their poker games they go to every Thursday even if they’re not gonna be professional poker players. Or some guys go down in the basement with their model trains, and that’s their world they can be in charge of. That’s what I felt with comedy. ‘If I’m not gonna have a job that’s fulfilling, this is what’s gonna be creatively rewarding.’ And then I started getting paid for it, and I was like, ‘Well, shit – how about that? Who knew?’”

Regarding Kinane’s talent, producers at Comedy Central clearly knew, giving him his first half-hour Comedy Central Presents special in 2011 and subsequently hiring him for voice-over duties both as on-air announcer and for animated series.

“Obviously, that appeals to the lazier side of me,” says Kinane. “You don’t have to get dressed or anything – just go in. But it really is the most fun, and some of my best stuff. Like, I did Right Now Kapow with Baron Vaughn and Emily Maya Mills – people that are my friends. And we’re just screwing around doing wacky voices, like, ‘This is what you’d get in trouble for in class!’ But now it’s work. It’s awesome.”

Comedy Central also began employing Kinane for on-screen appearances in popular series, with one of his most memorable an episode of Drunk History in which the comedian, after downing a full bottle of tequila, recounted the tale of Chicago’s Haymarket riots that led to the norm of an eight-hour work day – and led to Kinane not-so-discreetly vomiting on-camera. (As a result, host Derek Waters vomited, too.)

“What I can remember from that was pretty fun,” says Kinane with a laugh. “Those [Drunk History episodes] really are a blast. It’s like doing a book report when you’re wasted. But after the third one I did, I was like, ‘All right ... maybe just let me be in the re-enactments. I’m not sure I need to be the narrator anymore.’”

But for all of his recent TV exposure, don’t expect Kinane to give up the stand-up life any time soon.

“What I like about it is it’s never done,” says Kinane. “It’s always about finding a new subject that you haven’t talked about before, and I think that forces you to look at the world with a bit more of an observant eye, because you’re either trying to collect stories or process those stories into jokes. So I think it makes you live life a little more wholly, too, and I’m always grateful for that.”

Presented by the Codfish Hollow Barnstormers and Moeller Nights, the Turnbuckle Comedy & Music Festival will take place at Maquoketa’s Codfish Hollow Barn (5013 288th Avenue) on Friday, May 26, and Saturday, May 27, with performances by more than two-dozen comedians, solo musicians, and bands. Kyle Kinane performs on May 27, and more information on the weekend is available by visiting CodfishHollowBarnstormers.com.

For more on Kyle Kinane, listen to his and Dave Stone’s The Boogie Monster podcast at BoogieMonster.libsyn.com and visit KyleKinane.com.