Loan Survivors: Genesius Guild’s “The Merchant of Venice,” at Lincoln Park through July 22 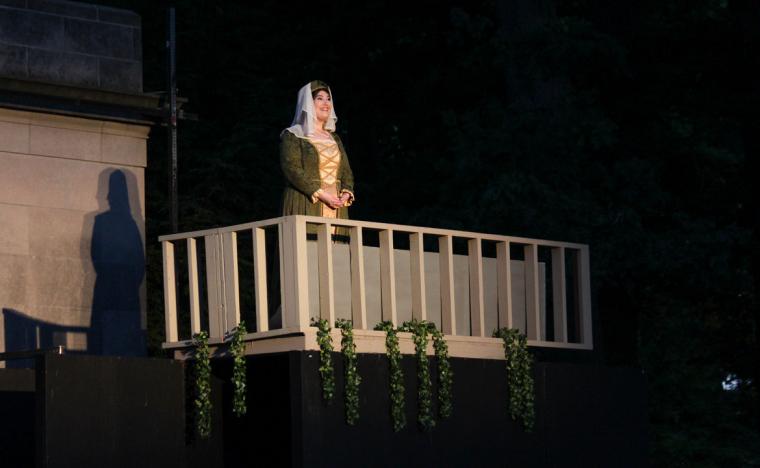 Kitty Israel in The Merchant of Venice

A real-life confession: I typically spend Sunday evenings at home watching Netflix, so spending it in Lincoln Park with Genesius Guild's production of The Merchant of Venice was a refreshing change. While it is known as one of William Shakespeare’s “problem plays,” and I would agree with that assessment, this performance was still a great way to forget thinking about Monday.

To brush up on your Shakespeare, here’s the rundown: Antonio (Andy Curtiss), a merchant from Venice (obviously), agrees to be the guarantor on a loan from Shylock (Jason Dlouhy) so that his friend Bassiano (Philip Tunnicliff) can court Portia (Faith Douglas). There’s a cute little subplot about Portia’s suitors choosing between three caskets to win her hand. And because it’s a Shakespeare comedy, everyone is coupled up throughout the show, as well.

You should also know that the anti-Semitism displayed in Shakespeare's play is atrocious – and director Patti Flaherty was quite up front about that fact. Antonio, who has for years made fun of Shylock for being Jewish, is justifiably disliked by the man. Sure, as a lender, Shylock probably could have been more flexible and adaptable. But isn’t Shylock a victim here, too? After all, he loses everything: his employee, his wealth, his daughter Jessica (Kitty Israel) when she runs off with Lorenzo (Mischa Hooker) – and all for the “crime” of being Jewish! But if you’re willing to look past all that and decide the moral of the story is actually about tolerance, The Merchant of Venice becomes less offensive. Dlouhy, meanwhile, was an excellent Shylock, and his take on the famous “Hath not a Jew eyes?” speech was incredibly moving. 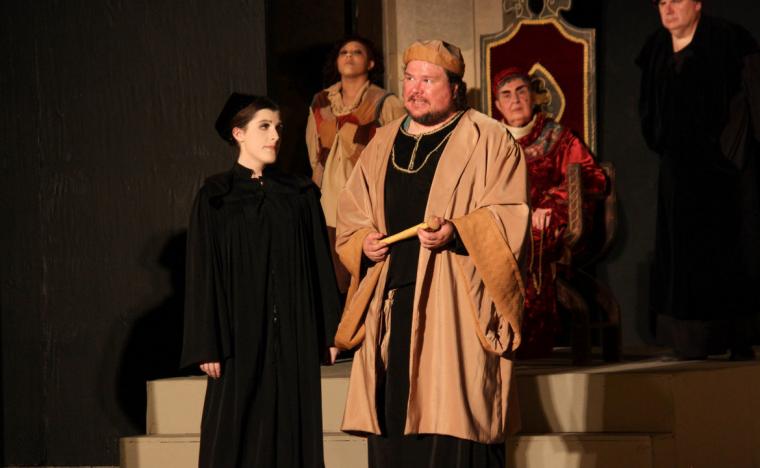 Ellen Dixon’s costuming felt very Shakespearean, and despite Antonio and Bassanio both wearing wine-colored outfits – which was confusing at the start of the show, as I was initially trying to figure out who was who – the costumes themselves were gorgeous. I must, however, mention the hat worn by Gatiano (Jacob Lund), which, with its huge flap of fabric, acted as a sound barrier if Lund wasn’t directly facing the audience. (While the hat looked great, function should have mattered more than fashion here.) Lund, however, didn’t let his floppy hat stifle his evident enthusiasm – he was always energetic and exhibited some of the finest talent for physical comedy in Flaherty's production.

The enjoyable Susan Perrin-Sallak, as Lancelot Gobbo, also had excellent comedic timing. It's always fun to see women cast in men’s roles in Shakespeare, and Perin-Sallak more than just spouted out her lines – she clearly understood what she was saying, and was able to make Gobbo's big monologue both funny and personal.

The realty of performing Shakespeare in the park is that the ambient noise cannot be controlled, and, unfortunately, the cast was often aurally overpowered on Sunday – a pity given that wordplay composes most of The Merchant of Venice's comedy. This production was significantly less laugh-out-loud-funny than it might've been merely due to the struggle to hear the actors over the neighborhood’s recurrent sound challenges. Unfortunately, I don’t think I was alone in feeling this way; at one point, I noticed the entire audience leaning forward in unison in an attempt to hear the on-stage dialogue over the Arsenal’s dramatic 10 p.m. playing of “Taps.” (Also, I’m not going to tell anyone to WD-40 the park’s swings, but it isn’t a horrible idea.) 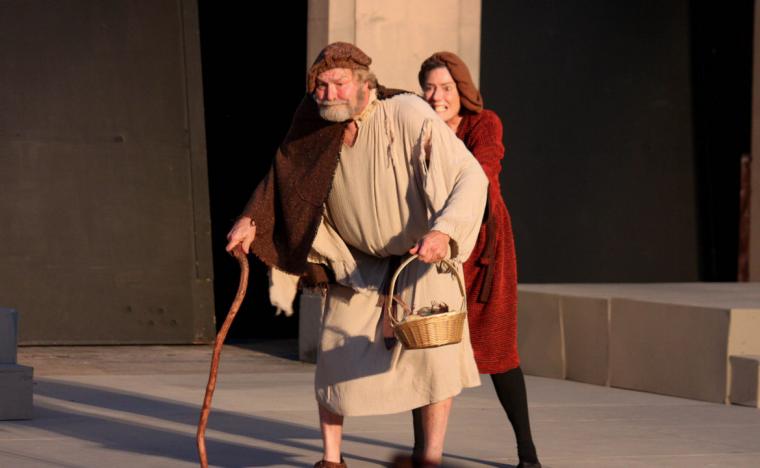 But when Portia’s various suitors came through to choose a casket, they absolutely dominated the stage. I was personally rooting for Bryan Woods as the Prince of Morocco to win, simply because he projected his voice so well. Matt Walsh, who portrayed the Prince of Arragon, was similarly talented and hilarious. Ultimately, when Bassiano arrived for his chance, Philip Tunnicliff was adorable and every bit as crisp – if not quite as loud as the others – as he won the heart of his love.

Not to be outdone by a bunch of boys, Douglas was a particularly adept Portia, owning both the role's language and action. Late in the show, Portia and her lady’s maid Nerissa (Chelsea Ward) play the “dressing like a boy so nobody (including our husbands) will recognize us because we are wearing pants” game. I have an admittedly low suspension of disbelief for this convention and wasn't convinced by the charade here, either, but Douglas and Ward certainly went all in, fully committing to the idea and having the good sense to have fun with it.

One of the beneficial things about Shakespeare’s works being in the public domain is that a director can make cuts to the script if desired, and I felt this production could have used a bit more trimming, as some scenes felt unnecessary. Yet despite the problematic nature of The Merchant of Venice's plot, Genesius Guild provided a nice evening out, and presented another noteworthy addition to its annual lineup of theatre productions in the park.

The Merchant of Venice runs at Lincoln Park (11th Avenue and 38th Street, Rock Island) through July 21, and more information is available by visiting Genesius.org.