Marry the Man Today: The Prenzie Players' “All's Well That Ends Well,” at the QC Theatre Workshop through October 21 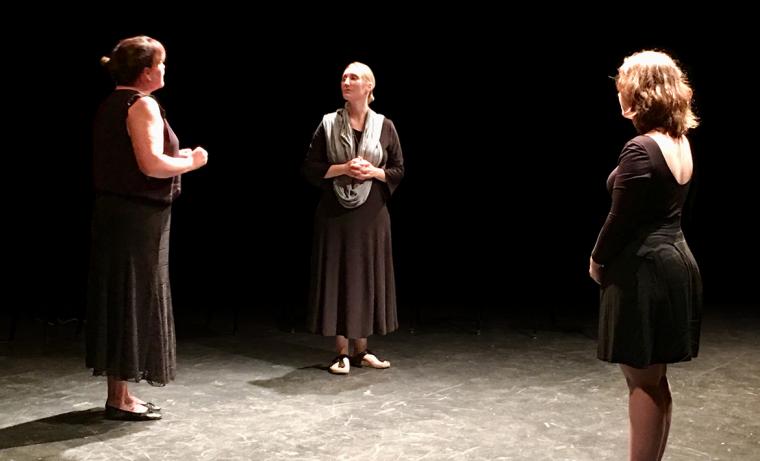 It's always an engaging experience when attending a Prenzie Players production, and the company's current presentation of William Shakespeare's All's Well That Ends Well is no exception.

Arriving about 15 minutes before curtain time, I realized early that this was going to be an unusual show. Presented in the QC Theatre Workshop's performance space, All's Well That Ends Well's seating is arranged as a perfect circle with the acting area directly in the middle; the front row of chairs is for patrons only, and the second row of seating is strictly reserved for the performers, who, we were told, would be sitting with the audience. I thought: “This'll be interesting.”

The space was also presented as though the theatre were still dark – meaning uninhabited – after the last Workshop show closed, so the All's Well environment features old platforms and set pieces along with props, wardrobe racks, step units, and other theatre paraphernalia that's usually hidden marking the outer perimeter. The black draping that's traditionally hung in the theatre to mask the old gymnasium walls are opened wide or tied in knots to elevate the drapes, making the theatre look as if it were patiently waiting for its next production to begin rehearsal – yet this was clearly a performance. And all of this was observable before the show had even begun!

Meanwhile, when director Catherine Bodenbender took center stage at the show's precise curtain time, she reminded the audience to silence their phones and provided a few additional tidbits of information. And then – like a stage manager would typically do behind the scenes – she yelled, “Actors: Places!”, and the cast marched out from their backstage dressing area and took their seats behind the audience. I thought: “This is gonna be cool.” 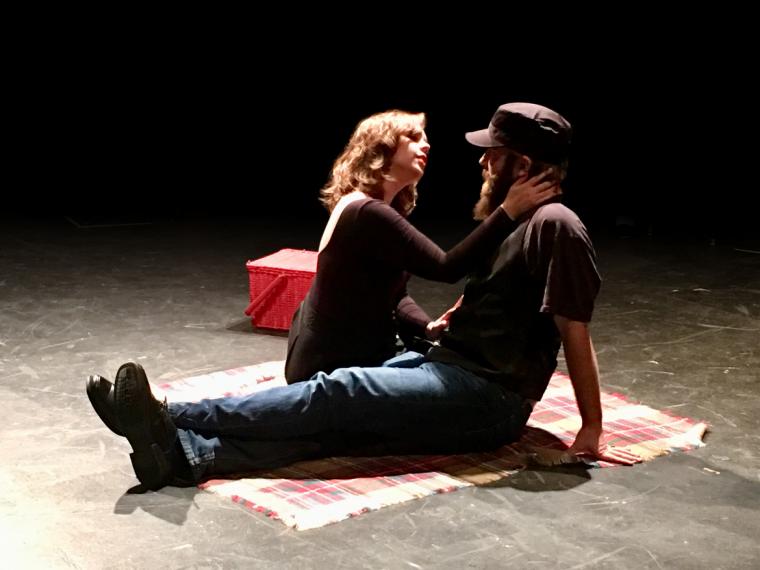 All's Well That Ends Well is regarded as one of Shakespeare's comedies, and yet it plays more like an amusing soap opera; there are enough twists and turns that if the plot were drawn on paper, it may look like a Rube Goldberg machine. The axis centers around Bertram (Andy Curtiss) and his BFF Parolles (Adam Michael Lewis), who attend the court of the ailing King of France (a majestic Matt Moody). Helena (Stephanie Burrough-McFarren), who has professed her love for Bertram, also attends the court and presents the King with a cure for his illness; as a show of gratitude, he grants her the husband of her choice. Her choice? Bertram – who initially refuses her because she is from a lower level of the societal beehive, and then changes his mind so as not to anger the king.

Fast forward. Bertram leaves Helena, and tries to seduce the innkeeper's daughter Diana (a seductive Mattie Gelaude), who, in turn, schemes with her mother (Denise Yoder) and Helena about how to get the married couple back together. From that point on, there are rings exchanged, secret rendezvouses, wars, beer drinking, pot smoking, kidnappings, interrogations, and arrests, until finally … . Well, you know the title.

Bodenbender's production is a smartly-directed, fast-paced, and (at times) hilarious production that intentionally breaks the fourth wall, engaging audience members directly into scenes. No one does this better or keeps the audience more on its toes more than Lewis as the tea-shaded Parolles. His high-energy, hipster interpretation fueled much of the October 14 performance, and the scene in which he's blindfolded and cross-examined is howlingly funny. For added laughs, watching Nathan Klaus and Mischa Hooker play the absolutely wasted interrogators Dumain and Longeville is like watching Cheech and Chong interrogate an enemy combatant at Gitmo. 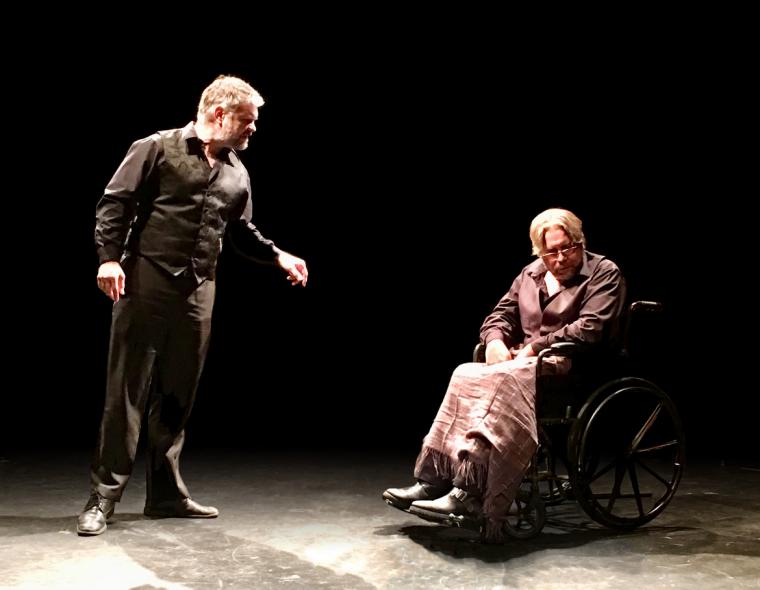 With no credit given to a costumer in the program, much praise needs to be given to those who created the intelligent and interesting costume plot. While black was the dominant color choice throughout each costume, each character was still allowed to be defined with distinct and imaginative accessories.

All's Well That Ends Well showcases a rare and fascinating concept that utilizes a tight ensemble cast in an uncommon, intimate setting. The blend results in a shrewd and industrious production of one of Shakespeare's less-produced comedies.

All's Well That Ends Well runs at the QC Theatre Workshop (1730 Wilkes Avenue, Davenport) through October 21, and more information and tickets are available by calling (563)484-4210 or visiting PrenziePlayers.com.