Nickin' Nora: “A Doll’s House, Part 2,” at the QC Theatre Workshop through March 3 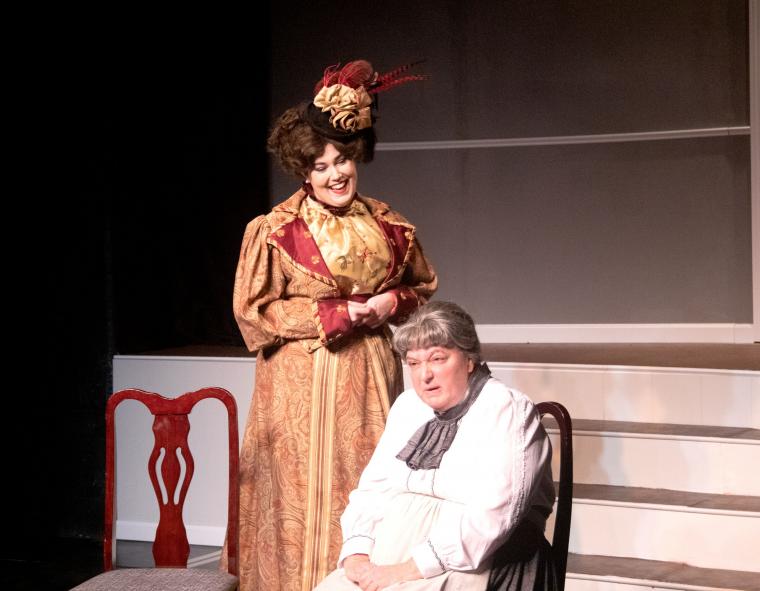 Kitty Israel and Jackie Skiles in A Doll's House, Part 2

Is Nora, the protagonist of Henrik Ibsen's classic drama A Doll's House, a hero or a villain? Given that the play ends with her walking out on her husband and children seemingly forever, it’s a theme that’s been discussed since 1897, and one that the QC Theatre Workshop seeks to continue with its local premiere of A Doll’s House, Part 2, directed by Dave Bonde.

Saturday night’s pre-show announcements by artistic director Aaron Randolph III made it quite clear that seeing or reading Ibsen’s predecessor wasn’t required to fully enjoy author Lucas Hnath’s sequel, and Randolph spoke the truth: Important details are revealed rather quickly, and from there, this production takes its own journey into the life of the Helmer family.

In it, Nora, after discovering that she and her husband Torvald are still married – Torvald, it turns out, having never filed their divorce papers – unexpectedly returns after 15 years to rectify that situation. Yet while we're only supposed to have jumped 15 years into the future beyond Ibsen's tale (a time shift made clear by the story and designer Cory Johnson’s stunning costumes), Hnath's language tells a far more modern story, making this production familiar and accessible. After Nora (Kitty Israel) is let into her former residence by maid Anne-Marie (Jackie Skiles), they reminisce and catch up, with Nora exclaiming, “This is fun!” She’s not wrong. It’s fascinating to hear what Nora has been up to since she abandoned her old self, and Israel’s layered performance reflects the epitome of strength – you don’t have to agree with Nora, but you can’t help but feel that she speaks her truth and is proud of all she’s accomplished by leaving in the first place. Skiles, meanwhile, possesses a great quirkiness in her protectiveness of the Helmers, demonstrating sympathy to Nora yet clearly expressing Anne-Marie’s pain at being forgotten. 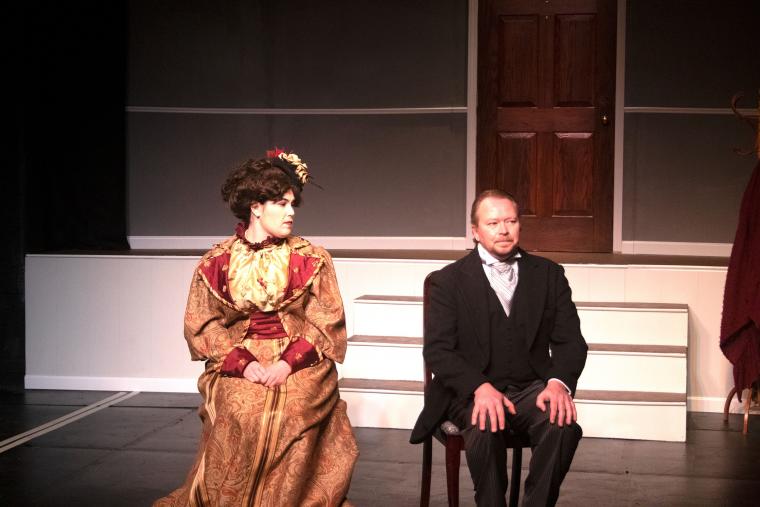 The tasteful-but-sparse set, designed by Randolph, featured a mere two chairs boxed in by brown lines on the floor. While I imagine this choice is meant to be reminiscent of an actual doll’s house, confining the scenic design with limited seating options left Bonde’s cast little to work with besides sitting and pacing, which at times made the production feel a bit stagnant. The spartan staging didn’t matter so much at first, as it made all the sense in the world that Anne-Marie – with her bad knee – would logically sit and converse with Nora. However, when Torvald (Reader employee Mike Schulz) appears on the scene – a hilarious first encounter that filled me with a great deal of secondhand embarrassment – characters again found themselves simply sitting. Schulz at least injected new energy to the stage, running the gamut of realistic emotions one would expect from a man coming home to discover a long-lost wife there in his living room. No longer do Nora and Torvald feel the need to be polite to one another, both having grown into stronger people since last together. And finally, after all this time, Torvald gets an opportunity to walk out on Nora, if only for a while.

Just as Nora finds herself a little panicked over what is to become of her, she is forced to confront the one part of her past she didn’t particularly want to deal with: her daughter Emmy (Laila Haley). Not about to back down from confrontation, Haley’s quick banter was a pleasure to hear. This young actress’ sarcastically funny verbal lashing emboldened Emmy, making her every bit as strong as her mother – she just had different opinions about life and marriage. It was at this moment that I felt Nora, thanks to the talented Israel, grapple with the reality of her choice: She may have saved herself and started revolution with her words, but by abandoning her daughter, Emmy has become everything Nora hates. This encounter felt different from the rest – Nora and Emmy having so little prior relationship – and the pacing was faster thanks in part to Haley, so I desperately wanted some sort of variety in the staging to match. Yet, again, we got stuck with the sitting and pacing. 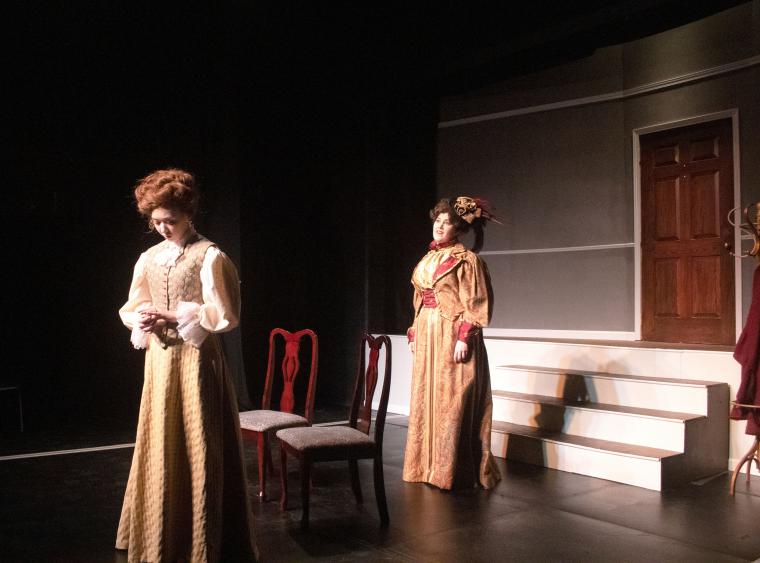 Before any actual reconciliation can take place between mother and daughter, however, Torvald returns, demanding to be left alone with his wife. During this second exchange, Torvald has what can only be called a tantrum in which Schulz turned an angry (and hilarious) shade of red, a visual testament to what 15 years worth of pent-up frustration toward Nora would undoubtedly look like. The vocal sparring between Nora and Torvald was brilliantly nuanced and a climatic highlight, resolving into an ending that is, at the very least, a more mature response to the situation than it was with Ibsen the first time around.

Who is worthy of sympathy in this show? A Doll’s House, Part 2 clearly sets out to make all four characters both heroes and villains in their own rights. Whether you’re Team Nora or not, this pleasing production, with its strong cast, grants its audiences a variety of perspectives and leaves as many questions as it does answers. You can debate this one for hours, folks – don’t miss it.

A Doll's House, Part 2 runs at the QC Theatre Workshop (1730 Wilkes Avenue, Davenport) through March 3, and more information and tickets are available by calling (563)823-8893 or visiting QCTheatreWorkshop.org.