Say Yes to the Dress: “Love, Loss, & What I Wore,” at the Black Box Theatre through May 1 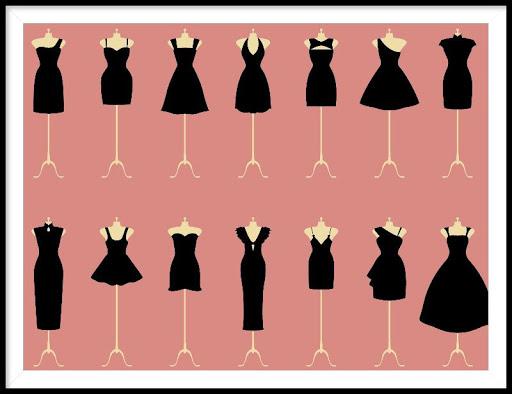 In the longstanding tradition of “show, don't tell,” a story needs a setting or theme to carry it. Star Trek wasn't really about space; Field of Dreams wasn't really about baseball. Stories are about people, memories, and emotions. And although the actors now performing at the Black Box Theatre talk for 90 minutes about pantsuits, gowns, and boots, Love, Loss, & What I Wore isn't really about clothing.

Written by Nora and Delia Ephron, based on the book by Ilene Beckerman, and directed by Black Box co-founder Lora Adams, the show is a wonderful vehicle in which to convey memorable moments from the lives of a multitude of women as portrayed by a six-person cast. Kimberly Kurtenbach, Susan Perrin-Sallak, Kayla Jo Pulliam, and Angela Rathman are acting powerhouses with whom I'm familiar. I expected excellence from them, and I got it. (I love getting what I want.) Liz Coin and Joanna Mills, meanwhile, were new to me, but not to the stage, and it was a great pleasure to experience their performances, as well. The whole cast is experienced and skilled – sparkling and golden.

Strong performers are necessary for the show's style, which I'll call enhanced readers' theatre. There's no running or jumping, and no dance numbers. The actors sit behind music stands with their scripts, occasionally standing or making trips to center stage for certain monologues. Five of the performers portray different people, usually unnamed, as the show progresses. Perrin-Sallak plays Gingy – she's the only actor who maintains the same character throughout. Gingy opens the piece by explaining that she has been sketching the various ensembles from her life. As she speaks, charming, simple drawings are projected onto a screen. Other characters follow on the topic (albeit drawing-less), recounting the outfits they'd loved or hated through the years: what was embarrassing, what made them feel pretty, what was extraordinarily uncomfortable; some they chose, some were forced upon them.

In one segment, a flurry of brief comments blows in – familiar words from almost everyone's first fashion designer/personal shopper and vocal critic: Mom. The most hurtful remarks emerge when the mothers pass judgment on their daughters' bodies, as well. As the years pass, sometimes you don't know whether to laugh or cry about those growing-up memories. When I was a kid, my own mom used to say with audible disgust, "Go back upstairs and put on something halfway decent!" Halfway decent. Was I wearing something shamefully revealing? Perhaps wearing grubby, casual clothes in which to attend a special event? No – I had paired spots with plaids, or the colors weren't harmonious, or some such thing. Mom was not there for creative dressing.

The performers are clad in a variety of elegant black dresses, pants, and jackets. Each wears bold or brightly colored accent pieces of jewelry, shoes, or accessories. The look is striking and effective. ("And what did you wear?" I seem to hear you failing to ask. I donned black shirt and shoes, white pants with black and gray teacup designs, a turquoise and gold glass pendant with a tassel, a green sock, and a red sock. I hadn't been deliberately quirky with the socks – they were just the ones I happened to grab. I estimate that I was four-fifths decent.)

The QC Theatre Workshop produced this show twice in 2015, with both presentations (one of which I saw) also directed by Adams and featuring Perrin-Sallak and Rathman. In addition, New Ground Theatre staged it in 2018. Although the two versions I've seen (and probably the two I did not see) had the same script and similar staging and wardrobe, different aspects and facets of the anecdotes were revealed to me here. Knowing the show did not detract from my experience. Each production is singular, so if you've gone to Love, Loss, & What I Wore before, this one is still well worth seeing.

I attended Thursday's opening night, and for the first time in more than a year, I saw actors' faces unencumbered by masks or shields throughout the whole performance. (Adams noted before the show that all the actors were fully vaccinated.) Masks are still required for audience members, the theatre's seats are still reduced in number, and although there are few rows, they are long ones – you can choose to sit on the far left or far right if you prefer. The theatre recommends reservations and no-contact payment in advance. You'll also still need to stop in the lobby for a quick temperature check, and to peruse the actors' bios and ads, as there are no programs.

At the start, the actors outside the spotlight listen to the speaker attentively, but quietly. As the presentation progresses, their reactions to the others' stories grow, and by the end they are all enthusiastically conversing like old friends. The Black Box's Love, Loss, & What I Wore will have you reflecting on your own life and attire, and make you want to talk with friends or family about the memories evoked by fashions bygone – or maybe still hanging in your closet.

Love, Loss, & What I Wore runs at the Black Box Theatre (1623 Fifth Avenue, Moline) through May 1, and more information and tickets are available by calling (563)284-2350 or visiting TheBlackBoxTheatre.com.