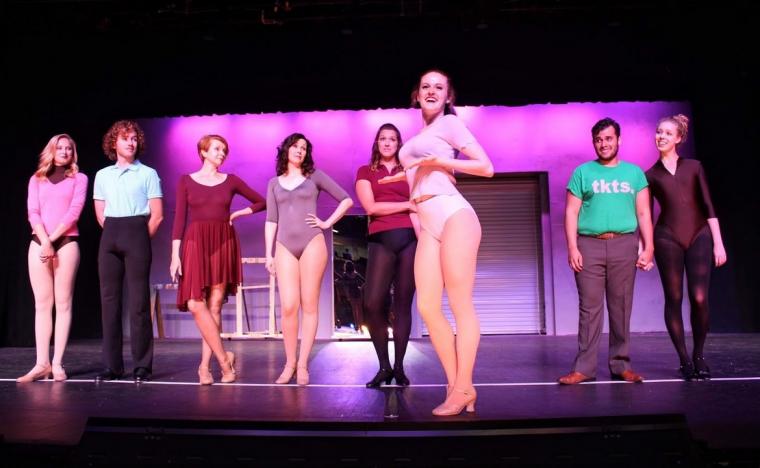 If you’ve never been privy to the theatre-audition process, you may not realize how intense and cut-throat an experience it can be, and as A Chorus Line – currently being presented at Quad City Music Guild’s Prospect Park Auditorium – teaches us, it’s not always about how talented you are; sometimes it’s merely who you know. But while that bias can be an unfortunate reality, Music Guild’s vast display of on-stage talent dazzles you into momentarily forgetting the injustice.

Friday’s opening-night performance actually started a few minutes before the house lights went down with the cast taking the stage for their warm-ups, including a spectacular back flip pulled off by Drake Mason’s Richie. As the audience got their first look at the dancers, they stretched and worked on their pirouettes, and director Harold Truitt should be commended for this ease into the action; there wasn’t a need for pre-show announcements, given that our crowd was already captivated.

Featuring a score by Marvin Hamlisch, lyrics by Edward Kleban, and a book by James Kirkwood and Nicholas Dante, this musical centers on a group of Broadway dancers in the 1970s auditioning for eight spots (four male and four female) in, as the title suggests, a chorus line. The dancers are taught choreographed combinations by dance captain Larry (Sethe Christensen) as director Zach (Tom Vaccaro) calls people out individually, demanding to hear their life stories. A Chorus Line is designed to offer more than just insight into the audition process, as the show also stands as a celebration of the “faceless” dancers who collectively form musical ensembles. It’s an ironic touch, then, that Truitt and Music Guild chose to restrict the actors' bios solely to the lobby, keeping the performers as mere faces and names in the show’s program. 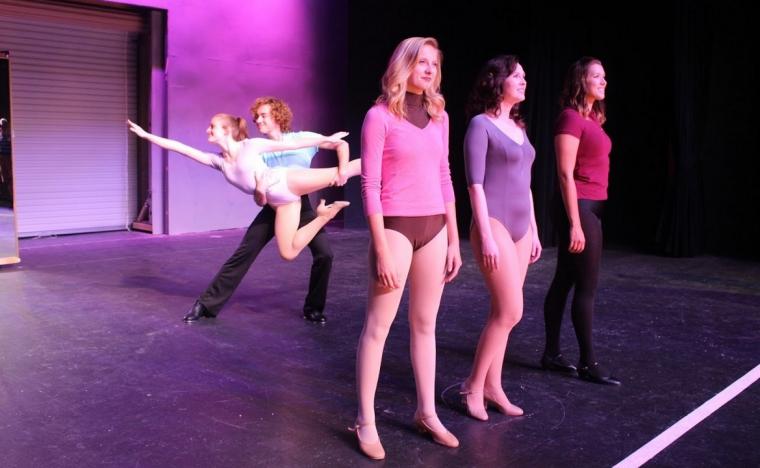 This production’s design elements were a loving tribute to A Chorus Line's Broadway predecessors. Jenny Williams’ costumes seemed more than a tip of a hat to the revival’s look, and I get it: If it ain’t broke, why fix it? (Though who would actually wear blue jeans to a dance call?!) Truitt, who doubled as scenic designer, also kept the wall of mirrors that cleverly rotated to a black wall as needed. Simple and to the point, the set kept the focus on the dancers – as it should.

Right from the start, the song “I Hope I Get It” presents the internal monologues of nervous excitement that auditioners everywhere go through, and throughout the number, Zach incessantly barks out commands for fixes, the pressure mounting after he swiftly excuses the first few dancers. As the audition process really gets rolling, though, A Chorus Line asks us to truly care about these dancers, and Melissa Anderson-Clark succeeded in that with her portrayal of sassy Sheila. As she lets her hair down for her emotionally charged “At the Ballet,” Shelia is eventually joined by Bebe (Hillary Erb) and Maggie (Ally Zahringer), yet Anderson-Clark holds the number's spotlight and focus with her superior vocals and dancing ability.

Given such a talented cast, nearly everyone had a shining moment or two, but throughout the first half, Molly Seybert was especially eye-catching and funny, her character Val getting some of the best one-line asides in the show. Thanks to Seybert – a true triple-threat talent – her jazzy “Dance: Ten; Looks: Three,” also provided a great energy boost in a second act that was slower than the first. 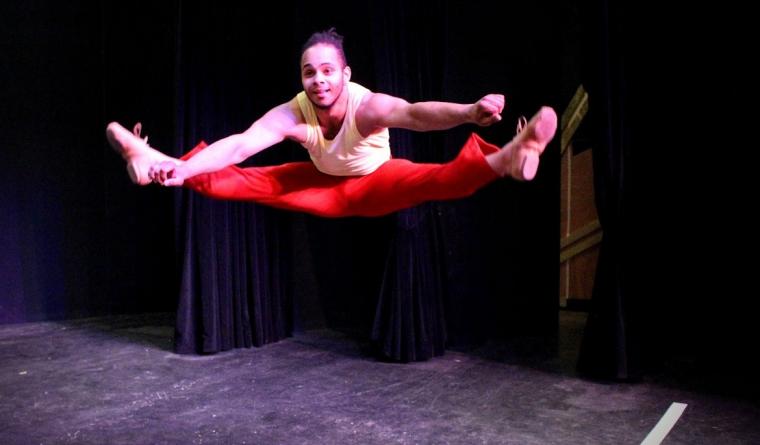 The subjectivity of auditions, however, really comes to a head when Zach calls on Cassie (Susie Carsell-Schaechter) and sends the rest of the dancers away to learn a combination. Cassie has a history with Zach and, contrary to his protests, desperately needs this job, and Carsell-Schaechter essentially dances for her life in “Music and the Mirror.” Unfortunately, despite the supposed high stakes, there was a definite lack of intensity in this sequence. But following a long 10 minutes with Cassie and an emotional monologue from Paul (Adam Cerny), the full group of dancers bursts back onto the stage, performing “One” as such a breath of fresh air that the song became even more of a showstopper than you would expect.

With the tune a perpetual earworm, music director Amy Trimble had the cast singing “One” like a well-oiled machine – the song was as vocally flawless as any I’ve ever heard at Music Guild. And aside from a few toes that needed to be pointed when they weren't, choreographer Christina Myatt’s dance steps were also well-executed by the performers. Kudos to Myatt for rising, beautifully, to the choreography challenge A Chorus Line presents; her use of space and range of dance styles was impressive throughout the evening.

Apart from a few microphones occasionally popping in mid-sentence, this A Chorus Line delivered a solid production with intriguing insights into the world of auditioning (whether or not you agree with the final eight chosen) and some spectacular dance numbers. The bows, too, were every bit a major production number, with the entire cast appearing as one polished, singular sensation. As I overheard several audience members, upon leaving the theatre, wishing they’d play the Chorus Line score on the shuttle buses heading back to their cars, it was obvious that Quad City Music Guild’s high-energy production had hit its mark!

A Chorus Line runs at the Prospect Park Auditorium (1584 34th Avenue, Moline) through July 15, and more information and tickets are available by calling (309)762-6610 or visiting QCMusicGuild.com.