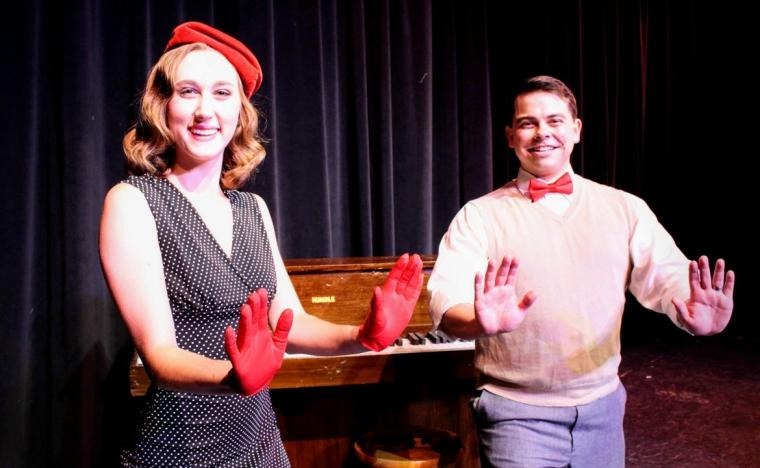 It's magical to enter the theatre at Prospect Park and take in the huge, overarching proscenium studded with large round bulbs and that dark-red velvety curtain. Before Thursday's preview performance, I took a deep, happy breath as I absorbed this classic-American-theatre ambiance and anticipated a dazzling musical spectacle – and Quad City Music Guild gave me what I wanted.

This satisfyingly traditional venue is the perfect place to stage 42nd Street, which, though it premiered in 1980, was based on a 1932 book by Bradford Ropes and its 1933 film adaptation. The show is anchored firmly in the Depression era, when producers and performers made mighty efforts to create lively diversions for a downtrodden, broke American public. (I venture to say that, in our era, we currently need that same pick-me-up.) The lines of beaming tap dancers on this stage certainly cheered me up – and I didn't know we had so many talented tappers in the Quad Cities. There must be lots of proud dance teachers out there.

The Tony Award-winning show not only includes the movie's numbers, but also songs from other films of the time. Those of us who've been around for a while will recognize many of them. The music is by Harry Warren, lyrics by Al Dubin (with Johnny Mercer contributing to one tune), and the book is by Michael Stewart and Mark Bramble. 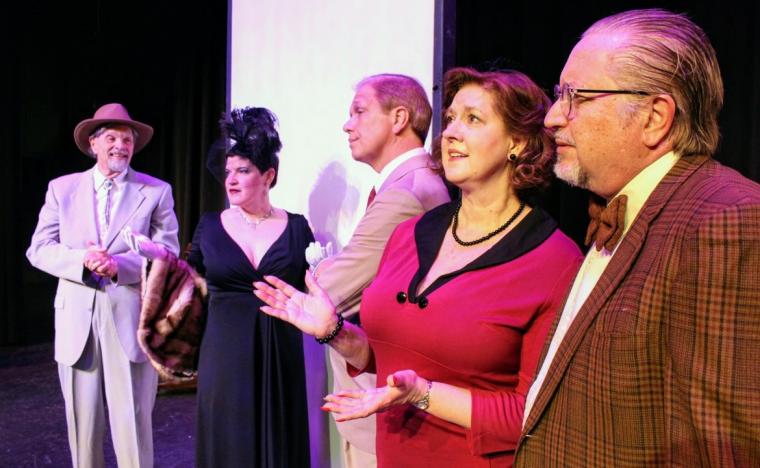 Lighting designers Brittany Crist and Robert Crist helped make everything shine, and sound designer Devin James facilitated the optimal balance of singers and music. I also want to give a shout-out to the 17-piece orchestra, and trust that the good-natured dig at musicians near the top of the show didn't sting. (We actually love you folks.)

The plot – starry-eyed, small-town chorine with big talent gets kicked around trying to get into show biz, but perseveres, steps in for the star, and saves the show – is so familiar, it's comforting. You know there'll be a happy ending, but you don't know how they'll get to it. The '30s slang and attitudes, the colorful, sparkling costumes in the glitzy numbers – and, of course, the amazing tap dancing – bathed me in a wonderful old-school-musical atmosphere. And the era-appropriate acting style is as broad and declamatory as you'd expect.

The performers beam energy and enthusiasm, and it's an enormous challenge to do that much dancing while singing, and do both so well. The moves, notes, and words are all there, and if there were any goofs, I didn't catch them (though there were a few slow cue pick-ups that were jarring, as the rest of the show galloped along).

Carolyn Wehr is charming as the timid aspiring hoofer Peggy, and her character is bursting with the talents of the actor portraying her – both are lovely singers and excellent dancers, so that casting worked out nicely. Anthony Greer, as juvenile lead Billy (that's not a slam, but rather what young stars are called), imbues him with both charm and cockiness. 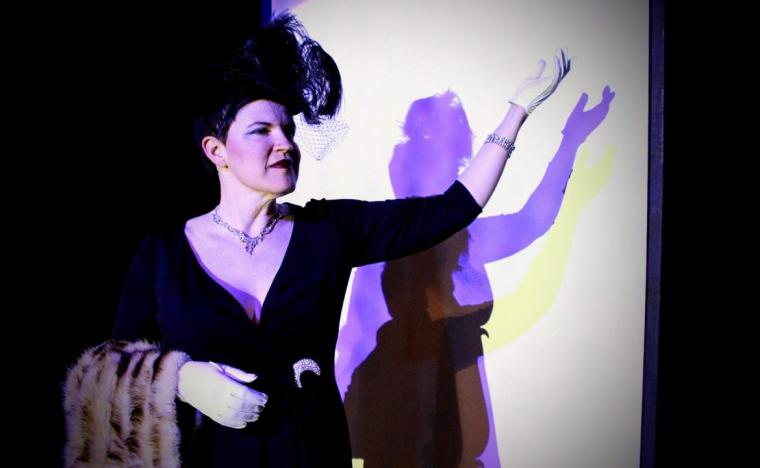 I usually don't read the program before a show, and while I know Erin Platt, I did not recognize her as diva Dorothy, who is hugely talented (though past her prime), and with an ego to match. Platt herself is also hugely talented, but the ego and the age were nicely done through performance. Valeree Pieper, as Maggie, and John Weigandt, as Bert, exude capability and positivity with strong singing and skilled acting. They are a wonderful balance to others' tantrums and despair as everyone works to get the show-within-a-show Pretty Lady on its feet for opening night.

The many scene changes were accomplished quickly with inventive set pieces, and I particularly enjoyed the clever staging while the chorus members chatted in the dressing rooms. The set and costumes for "We're in the Money," featuring dames as Lady Liberty dimes, made me grin, and "Shuffle Off to Buffalo" was perky and adorable. In truth, the repeated inappropriate advances on Peggy as found in the script did made me squirm – but that's how things were then (and, sadly, they haven't improved much).

Only one unfortunate incident marred the evening, but it wasn't part of the show. An audience member had an uncontrollable coughing fit, which must have triggered her gag reflex, because she made a small but embarrassing mess on the floor. I hope it didn't distract the audience or the performers too much. It sure distracted me, though … because I was the one it happened to. I apologize, everybody.

So if you feel a need for the hip-hooray and ballyhoo, make an effort to see this big, bright musical called 42nd Street. Miraculously, it'll take you back in time, even if you weren't around that long ago.

42nd Street runs at the Prospect Park Auditorium (1584 34th Avenue, Moline) through July 21, and more information and tickets are available by calling (309)762-6610 or visiting QCMusicGuild.com.