Oh, There's Nothing Halfway About This Musical's Way to Treat You: Countryside Community Theatre's “The Music Man,” at North Scott High School through July 3 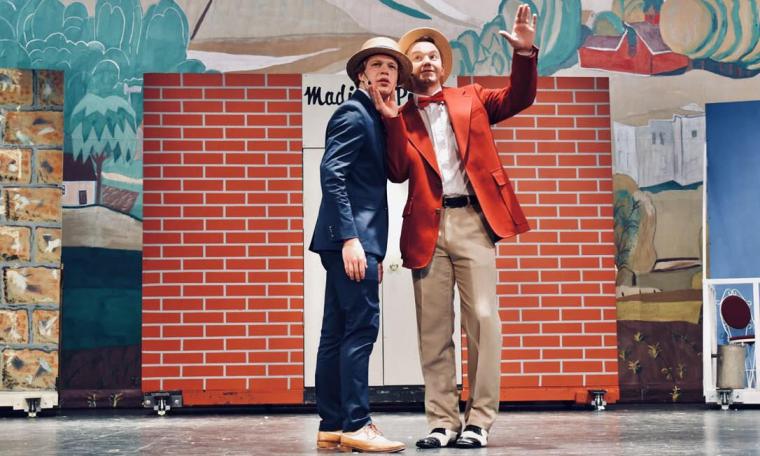 Jack Bevans and Kyle DeFauw in The Music Man

What would summer in Iowa be without fireworks? And small-town Independence Day celebrations? Ice cream? A marching band? A charming con man? Yep – for me, it's just not summer without The Music Man. This 1957 work by Iowan Meredith Willson (with Franklin Lacey's assist on the story) is my favorite musical. I've seen more productions of it than any other show, and felt lucky to review Countryside Community Theatre's opening-night performance. (The musical's scheduled run in 2020 was canceled, as so many were, but thank goodness it's onstage at last!)

Frequent (and fine) actor and first-time director Tommy Ratkiewicz-Stierwalt, along with multi-talented music director Michael Callahan and choreographer Lisa Levetzow Tanner, created a collaborative company from a diverse cast, crew, and orchestra. I'm talking 32 actors, 11 on the production team, and 23 musicians. This show is packed; a multitude of characters, many scene changes, and 25 songs – 25! The overall effect was intensely rich and vibrant, and it's clear that Ratkiewicz-Stierwalt crafted many specific bits of business (gestures, postures, reactions) for the actors throughout, which they perform precisely. These small but effective moments are often overlooked, given that as a director, there's already so much to do.

Kyle DeFauw's huckster Harold Hill is likable, too, and the actor deftly rattles off every syllable in rhythm during the difficult patter portions of the energetic “(Ya Got) Trouble” and “Seventy-six Trombones.” But somehow, DeFauw also sounds conversational, as if speaking the songs' words simply come to mind, and aren't spouted at a rehearsed pitch. More realism comes at the top of “Seventy-six Trombones,” when Hill crouches by individual children on the floor, painting a picture for each. And Hill's more hyperbolic moments reveal glimmers of an evangelist's fervor. DeFauw already has impressive credits, but in Countryside's production, he demonstrates the finesse of an even-more-experienced actor.

As The Music Man's librarian Marian Paroo, Peyton Reese displays poise and an appealing presence; while dismissing Harold's advances, she sounds like a confident adult rather than a petulant adolescent or a chilly prude. Reese's voice, meanwhile, is stunning, and the performer acts convincingly even when singing. Having earned many accolades already (and she's still in college), Reese makes Marian look and sound natural – she feels real. 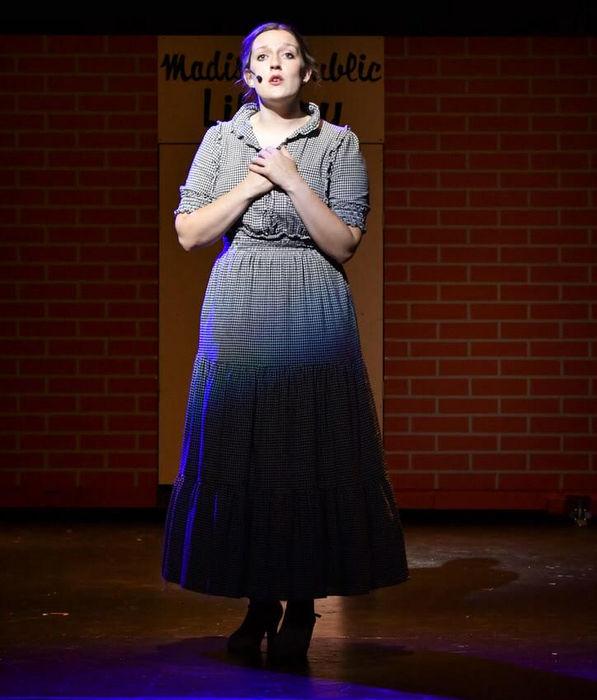 I can't say that Jack Bevans, as Marcellus, stole the show, because that would imply that he was hogging the spotlight. However, his every entrance was as welcome as a cool breeze on a hot day. Limber, lively, and charismatic, Bevans' Marcellus was a perfect pal for Harold. (This actor is still in college, too!) And because The Music Man is instantly bettered by the bickering school-board members whom Harold transforms into a barbershop quartet – and because four amazing, harmonizing a cappella voices just do me in – the heavenly blend that Jim Schneider, Bill Tubbs, Greg O'Neill, and Jon Schrader achieves … . Well, if anyone thinks they spotted me crying during their numbers, I'll have you know that I was totally crying.

You'd never guess that Winthrop, Marian's 10-year-old brother, is Orion Mack's first stage role. Mack projects and enunciates, and is by turns affecting and terrifically funny. Another first-timer, Mary Murphy, was excessively adorable as Gracie. But the entire kids' ensemble was excellent, and some got to shine during “The Wells Fargo Wagon” – a fun buildup of excitement about the Amazon delivery of its time.

In Countryside's production (and, I believe, this is the the first time I've seen this), Amaryllis, portrayed here by Bailey Callahan, actually plays the piano, as her student exercise is the motif in Marian's “Goodnight, My Someone.” You play that cross-hand piece, girl!

The cheerily loud blazers on the handsome gents in “Rock Island,” The Music Man's opening number, were harbingers for a heckuva lot of striking ensembles by costume designer Erin Dunn. I especially admired the pretty, ice-cream-sociable frocks on the women, who looked more like butterflies than chickens. 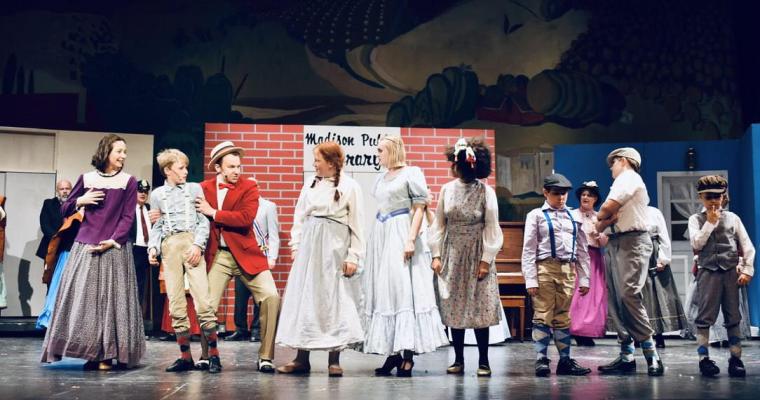 "Chickens"? Yes, the gossipy cheep-cheeping flock slandering Marian are the “Pick-a-Little” ladies, and, to quote them, I "simply adored them all." They're dear to me, as I played the head hen, Eulalie, in Countryside's 2003 production. But in 2021 – wow. I've never seen a Eulalie like this one! She's lively, spunky, and alluring, and her portrayer makes everything work even with one arm in a sling. I was further surprised after I found out who plays her, having not read the program and not immediately recognizing her. This blond sensation, Rochelle Schrader, was actually one of my 2003 castmates – our Marian!

Mrs. Paroo (Yvonne Siddique) is a wonderful Irish mama, while Zaneeta (Madeline Murphy) and Tommy (Keith Glass) are a terrific romantic pair. Murphy and Glass are also outstanding dancers, as are many in the ensemble. I wish I had room to write about everyone in this gifted cast.

I did register one minor off-note in this otherwise glorious production: Marian's dress in Act II. The librarian's previous attire is heavyweight – long-sleeves, floor-length skirts. (Just seeing them made me sweat.) Her final costume, however, mirrors her newly free attitude. I get that. But I never thought I'd see a pair of calves in this show (the kind that don't moo, at least), and Marian's dress would've caused a rural 1912 crowd to tar-and-feather her, not Harold.

But never mind that! It doesn't tarnish the show. “Glorious production!” I say. Countryside Community Theatre's The Music Man is fun, happy, incredible looking, great sounding … . Why are you still reading this? Get your tickets already!