A Tragedy That Hits the (Damned) Spot: “Macbeth,” at Augustana College through November 14 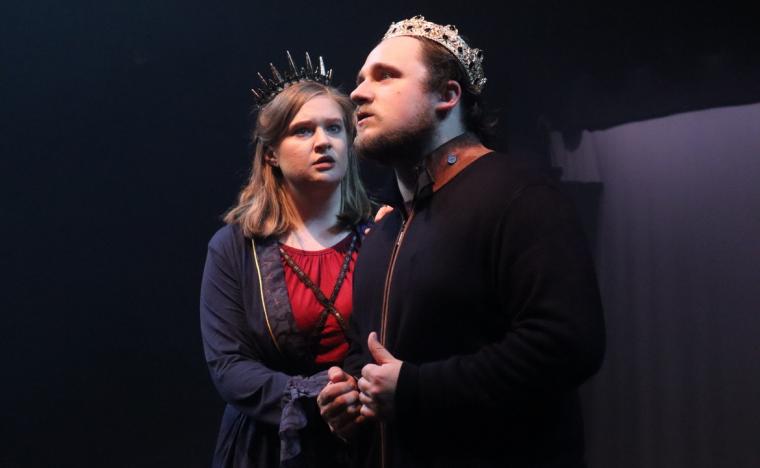 Make no mistake: Augustana College’s Macbeth doesn’t even try to skirt around the fact that it’s a tragedy. In fact, director Jennifer Popple’s production begins with a funeral. It’s an artistic funeral, certainly, in that it’s set to modern-dance movements (care of movement director Shelley Cooper), but this Scottish play is well prepared to heighten reality while remaining heartfelt in the midst of tragedy.

One of Shakespeare’s most famous works takes us to Scotland, where we see Macbeth rise to power as king and then succumb to paranoia. When staging a classic tragedy in which the plot is widely known, there often aren’t a ton of surprises. In this production, however, Popple took a different approach, casting Keenan Ellis as the titular character.

During Tuesday night's dress rehearsal, Ellis brought a meekness to the role that I didn't anticipate and an “ah-shucks” quality to his performance that at times made him almost difficult to hear. He also seemed to be one of the least comfortable during the movement segments – yet the reluctance Ellis brought to the part was certainly relatable. Let’s be honest: When it really comes down to it, if three witches appeared and told you you’d someday be king, your first reaction wouldn’t necessarily be to become a murderer to make that prophecy come true. Ellis’ portrayal of Macbeth was unexpectedly brilliant. I didn’t actually like him, or even sympathize with him, but I also didn’t look at him as both the hero and villain of his own story given that he’s more or less just along for the ride. 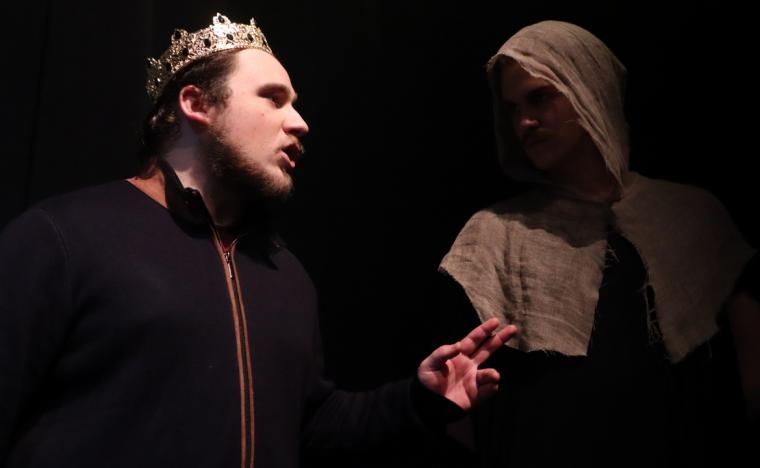 Alas, poor Macbeth. While Ellis may have made the character a pushover, his wife … she was the mastermind. I hate to say that Noel Jean Huntley stole focus when she was on stage, because that sounds potentially negative, and nothing could be further from the truth. There was always so much to watch in Popple's production, but Huntley was so delightful in her magnitude of emotions that I couldn’t help but keep my eye on her, and the performer's monologues were impassioned and delightful to hear. Huntley isn’t afraid to wear her character's heart on her sleeve or have blood on her hands: What Lady Macbeth wants, Lady Macbeth gets, and don’t anyone argue with her. The Macbeths offer the audience a stark reminder that the spectrum of grief leads to a large range of reactions, both sensible and extreme.

Speaking of extreme, the trio of witches (Eli Bates, Lauren Clarke, and Anya Giordano) were fantastically utilized, and I kept listening for the squeak of the house doors to alert me as to when they’d come sneaking down the aisles again. The trio had no struggles with their movement choreography; their complete commitment pushed past any awkwardness they may have felt and advanced them straight into captivating. Narrowing down their many highlights to just one mention seems woefully unfair, but the finest, in my opinion, was when they used their powers to have Banquo (Roger Pavey) haunt a banquet. The foursome works together to create one of the most visually humorous moments of the production, but it’s also so precise and expressive that I wish I could see the show again to re-experience that visually stunning moment alone.

Meanwhile, Pavey was an excellent example of how Popple used her relatively small cast to fill all required roles in the show. Most actors were double-cast at minimum, such as Pavey and his transition from Banquo to Macduff to 8 Kings. Occasionally, the multiple roles were confusing, as there wasn’t much in the way of distinguishing the different characters. While costume designer Emily Busha created fairly nondescript and neutral costumes with timeless pieces that kept the focus on the story, I wish there had been slightly more clear visual cues to indicate different characters (other than just a vest, hat, or ponytail). But it never took longer than a few moments for me to catch on when someone was a different someone. 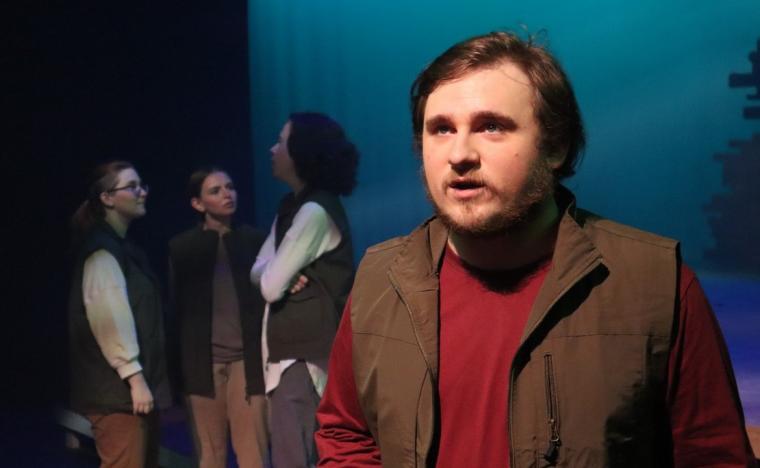 Adding to the indistinguishable time and place were scenic director Cameron L. Strandin’s basic set and Michael Turczynski’s beautiful lighting effects. Sometimes simple can be beautiful, and the way the technical aspects worked together elevated each individual design element to something greater. While Tuesday’s rehearsal did have a few technical snafus, I have no doubt those relatively minor snags will be solved before Thursday’s opening, and Turczynski's and John Flannery's sound design became the evening's indispensable final “character,” one that kept the witches creepy, the movements brilliant, and the emotional state of the room elevated.

Overall, Popple’s presentation is a fantastical dream of a story to take in. Truthfully, when dealing with the levels of grief and anguish set forth in Macbeth, making the whole thing feel surreal is a great decision. I can’t imagine this production is going to lose momentum this weekend, which means that future audiences are surely in for a treat.